You disliked this video. Thanks for the feedback!

Criticism of the Kenyan authorities’ slow response to the Garissa massacre has reached new heights after a police chief admitted that a plane meant to transport commandos to the scene was instead being used to fly his family back from holiday on the coast.

The revelation on Tuesday fed growing fury at the government’s failure to intervene during the day-long slaughter at Garissa University by al-Shabaab militants on 2 April, which cost 148 lives.

Some of the victims had initially managed to hide from the killers after the assault began at dawn, but were discovered and murdered in the afternoon, many hours later. The police commandos only arrived seven hours after the attack started, finally breaking the siege in the evening.
DireTube is the Largest online Media in Ethiopia Since 2008 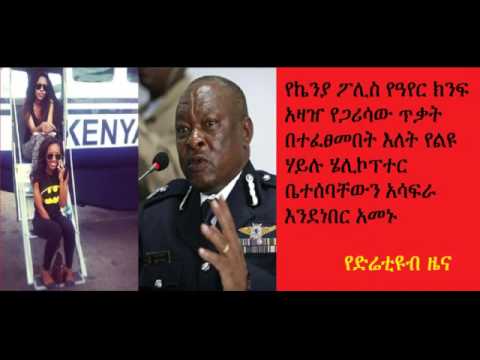