Alzheimer's is a common disease. It is the most common form of dementia. Around 50 million people worldwide are affected. In the US, Alzheimer's is the sixth leading cause of death.

Current Alzheimer's research is increasingly covering genetic and chemical relationships and currently, a number of drugs are being tested in trials. However, breakthroughs in drug therapy, which intervene in the disease and delay the onset of clinical symptoms or prevent completely, have so far failed. This underlines the importance of prevention through a suitable lifestyle.

World Alzheimer's Day was launched by Alzheimer's Disease International (ADI) with the support of WHO. Alzheimer's is considered a health, socio-political and economic time bomb.

One goal is to halt Alzheimer's disease in asymptomatic patients at increased risk for dementia before it develops actively. For this purpose, biotechnological drugs are currently being investigated in clinical trials.

Expectations also apply to the BACE1 inhibitors, which, unlike the antibodies bapineuzumab and solanezumab, beta-amyloids -- these proteins are the main triggers of Alzheimer's disease and other dementias -- not to remove, but to prevent their production.

The fact that there are currently no effective Alzheimer's medications underline the importance of prevention. It is well known that high blood pressure, diabetes, obesity, depression, alcohol consumption, smoking and trauma are drivers of Alzheimer's disease, and one in three people at risk would not experience the onset of this illness with the help of preventive measures. There are now a number of new scientific findings, the connections between the lifestyle and the occurrence of Alzheimer show very concrete. Studies underline relationships between exercise, overweight and Alzheimer's.

A study examining the effects of physical activity in old age on brain metabolism using imaging, blood tests, etc. concludes that exercise has at least one neuroprotective effect in the short term and can slow down the progression of dementia in the long term. The interest is particularly the substance choline as a possible indication of an effective nerve protection.

The results of a meta-analysis of 39 larger studies show associations between obesity and dementia. Thus, a high BMI value in the long term damages the fact that overweight in the middle of life can increase the risk of dementia.

Risk factor alcohol - even in small amounts bad for memory.

The importance of alcohol consumption in connection with Alzheimer's is also being researched more and more closely. An analysis of data from 31 million French patients found that in 38.9 percent of patients with early onset dementia (under 65), the disease was largely attributable to alcohol abuse. There was a 3.35-fold increase in the risk of dementia in morbid alcohol abuse, making it the strongest variable risk factor for early onset dementia. The consequent clarification of the alcohol consumption and if necessary a therapeutic intervention could, therefore, delay or prevent some dementia.

But even moderate alcohol consumption can no longer be regarded as harmless with regard to Alzheimer's. It turns out that alcohol, even in a small amount in the long term, is more harmful to the mind's thinking. Another result of the study: the more alcohol consumed in the middle of life, the worse the later results in the performance tests and episode memory, i.e. the ability to remember events.

In retrospect, recent data from 236,000 participants in 16 cohort studies show that people who regularly take anti-inflammatory drugs (NSAIDs) are 20 percent less likely to have Alzheimer's disease than others. Whether treatment with NSAIDs could also be used preventively, which dosage and which drug is optimal, and which patient groups could benefit from this treatment - possibly people with an increased risk of Alzheimer's - still needs to be clarified by targeted clinical drug studies, especially as NSAIDs can have serious side effects.

Those who hear badly have a higher risk of dementia

A recent study shows associations between hearing problems and the decline in memory, which can be slowed by the use of hearing aids in advanced age. Improved sensory perceptions, support for everyday life, and social interaction skills can help keep you mentally fit.

People who had to go through traumatic experiences at a young age have a later increased risk of Alzheimer's. Post-traumatic stress disorder (PTSB) at a young age contributes to a doubling of dementia development from the age of 65 years. The study shows that the protein formin 2 is produced in lesser amounts in these patients. If this protein is lacking in young mice, they develop symptoms similar to PTSB. In these mice, treatment with histone deacetylase inhibitors improved memory. Alzheimer's disease trials for possible treatment with histone deacetylase inhibitors are already underway. 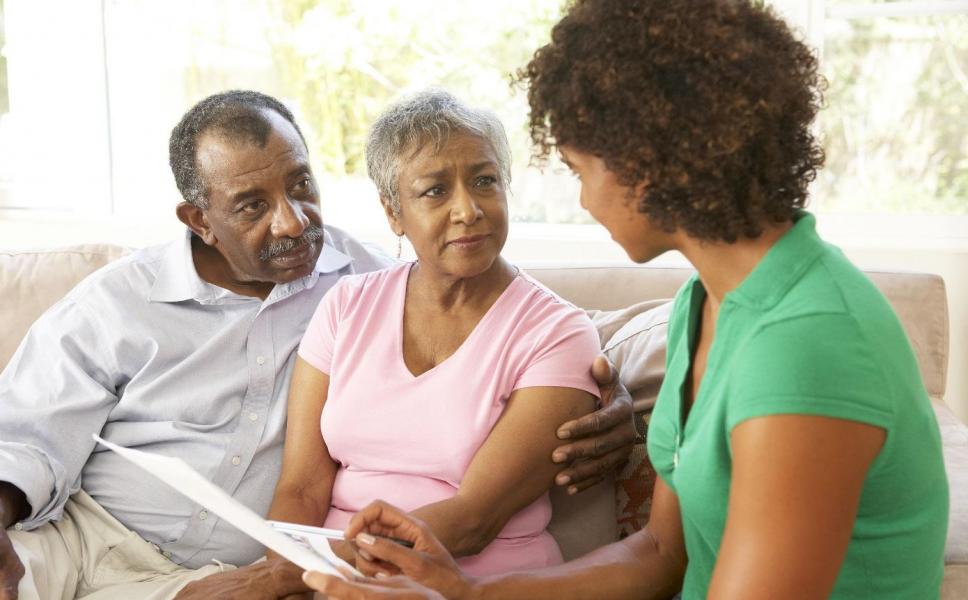 https://www.youtube.com/embed/FtEEmi_6BkM Alzheimer's is a common disease. It is the most common form of dementia. Around 50 million people worldwide ...