Ethiopian National Defense Force (ENDF)’s Chief of Staff has called on Sudan to shun the pressure it has been facing to go into a proxy war and commit itself to resolving the border dispute with Ethiopia through dialogue.

In an exclusive interview he had with the Ethiopian News Agency today, Ethiopian National Defense Force Chief of Staff General Berhanu Jula noted that Ethiopia and Sudan have a long-standing relationship.

Ethiopia has played an important role in resolving the political crisis in Sudan peacefully and without harming the Sudanese people a year ago, he recalled.

However, the Sudanese army encroached on Ethiopia’s sovereignty while the government was carrying out a law enforcement operation to bring the extremist TPLF junta to justice, the chief of staff elaborated.

This is a tragic act that is not expected from Sudan by taking into account the friendly relationship between the countries.

According to him, a third party has been behind the Sudanese army’s violation of Ethiopia’s sovereignty with the intent to disrupt the negotiations on the Grand Ethiopian Renaissance Dam (GERD).

The third-body took advantage of the fact that Ethiopia was engaged in the law enforcement operation and Sudan in political transition, the chief of staff explained.

“Our internal problem was one thing; and the weakening of Sudan’s internal strength another. These factors resulted in helping the third party to push its agenda. It is a well thought out plan, and the party has calculated that Sudan would not stand with Ethiopia in the Renaissance Dam negotiation. There is a Sudanese wing that has come to fight for the third party,” General Berhanu underscored.

Noting that border disputes between the two countries are not new phenomena but have been resolved peacefully, he stated that the current problem was exacerbated by the third party.

However, he stressed that Ethiopia does not have a desire to go to war with its historical friend Sudan and it wants to solve the problem peacefully.

According to him, a meeting is scheduled to be held between the military institutions of the two countries soon.

“In the past, there were occasional border crossings in which sometimes we go in and sometimes they get in. But those had been resolved through discussions. The situation has now escalated as a third party is involved. The object is to lead us into conflict with our neighbors and attain their targets. So we don’t have to do what they want. Discussions have now taken place at all levels including military to military talks between the two nations.”

Commenting on the law enforcement operation in Metekel  Zone of Benishangul- Gumuz Region,  General Berhanu the bandits movement is checked by the government and the community. 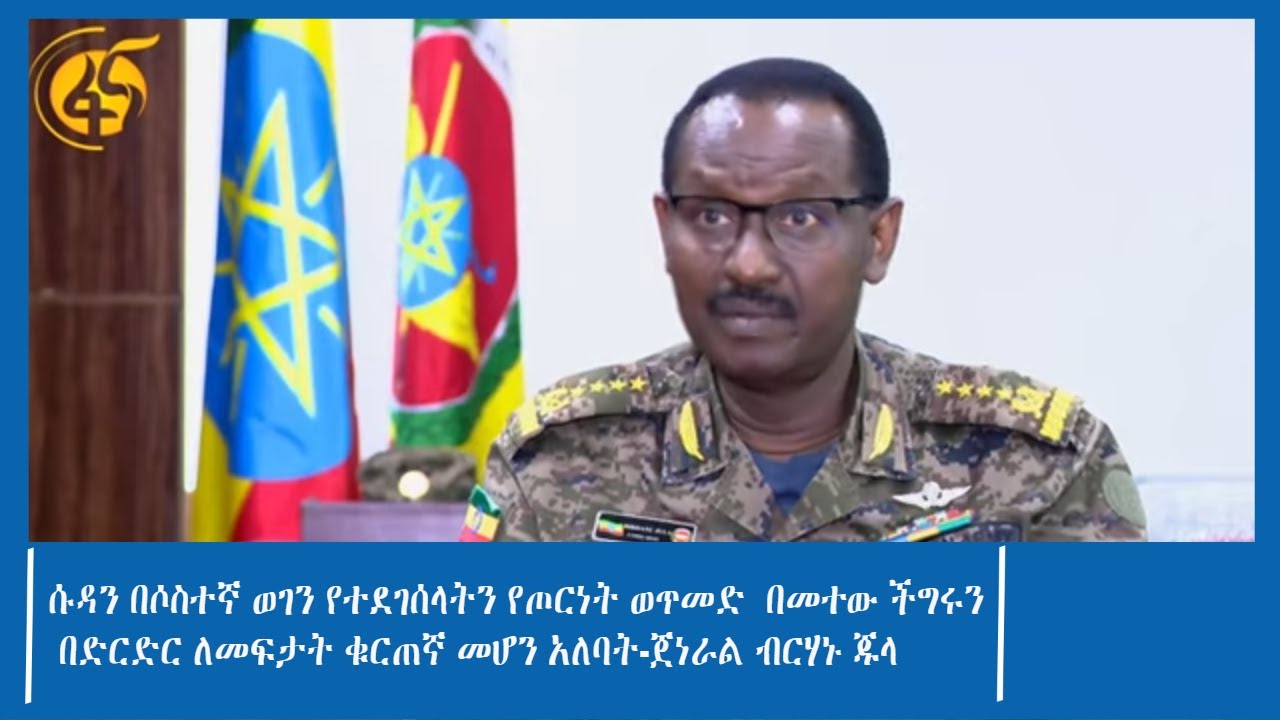 Ethiopian National Defense Force (ENDF)’s Chief of Staff has called on Sudan to shun the pressure it has been facing to go into a proxy war and ...