Our, "March on the Capitol". 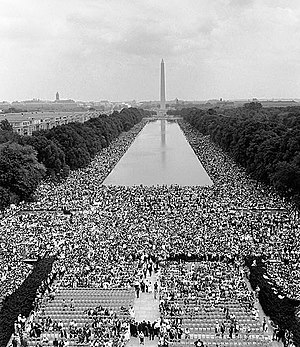 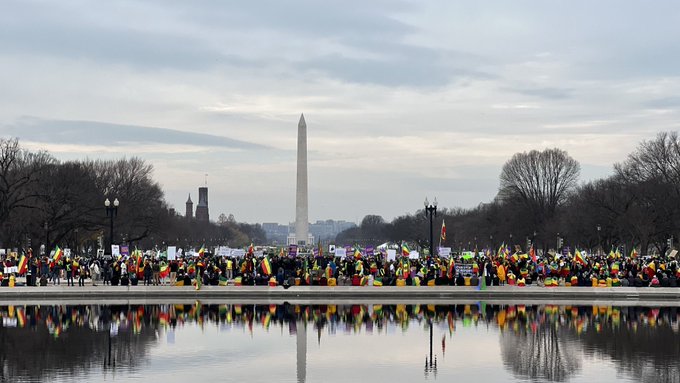 Vodkachew, you uppity niggêr. How dare you, argue with your massa?

The beasts, have started eating each other. 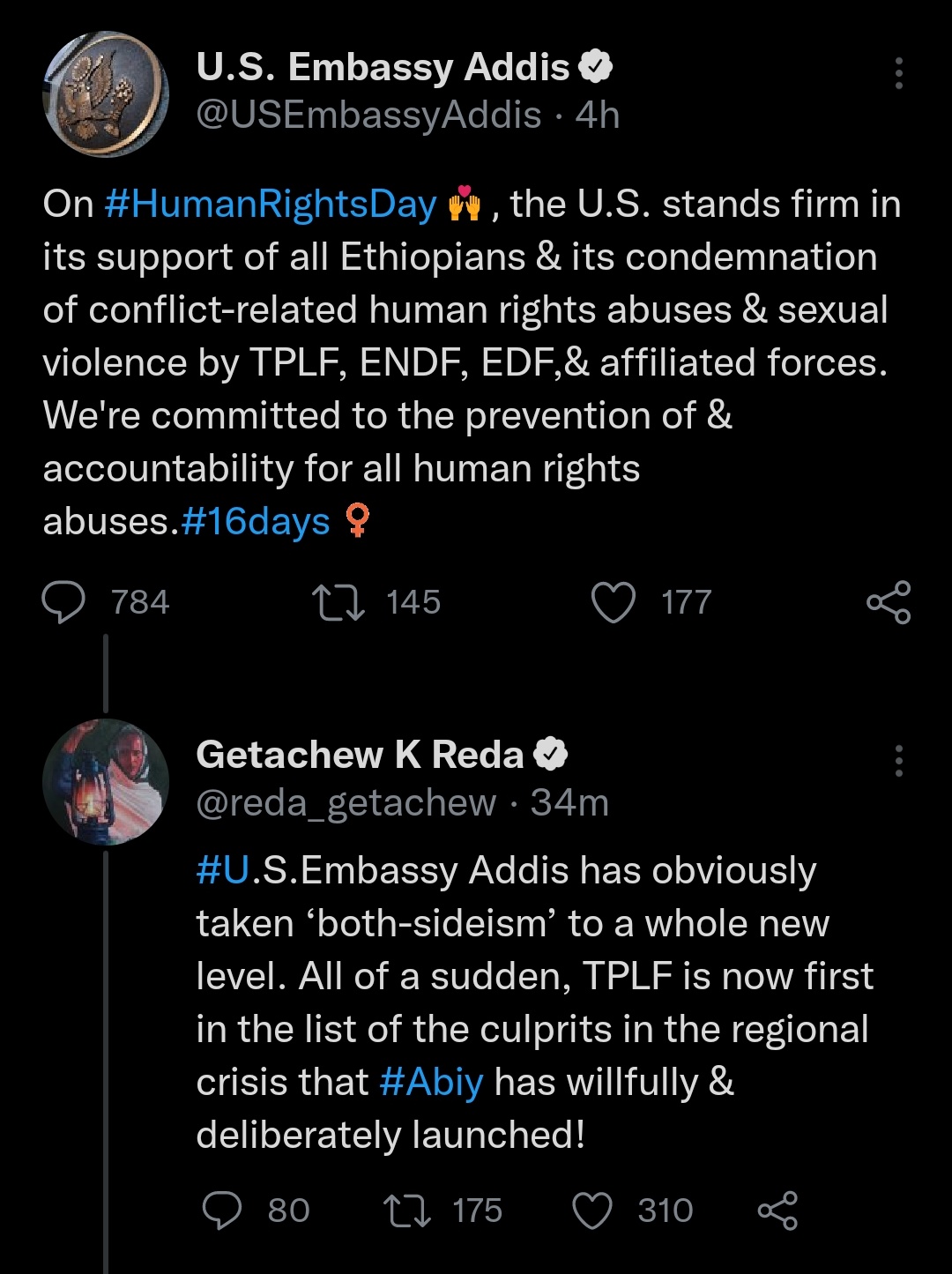 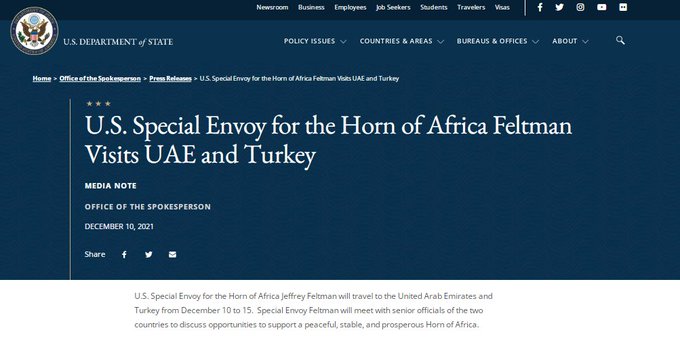 What happened, to meeting Egypt? Dropped from itinerary? Met quietly? 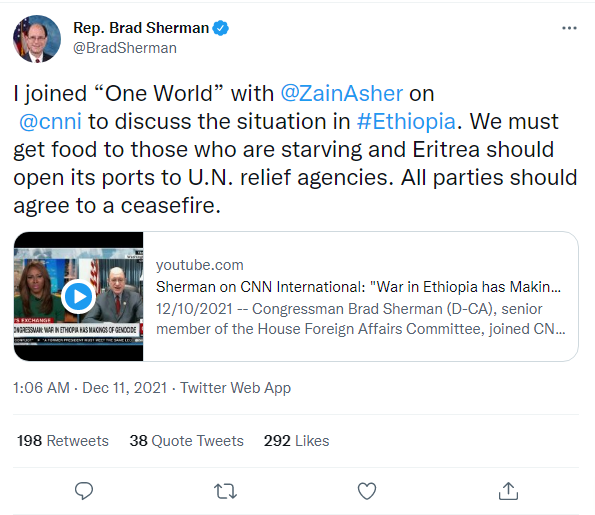 This is a ham-fisted attempt at obfuscation + cover, following the Congressman's earlier calls for piracy in the seas.

Yes, aid must get to the needy. But starvation threat isn't about supposed lack of access to

It's due to theft & redirection by the terror junta. 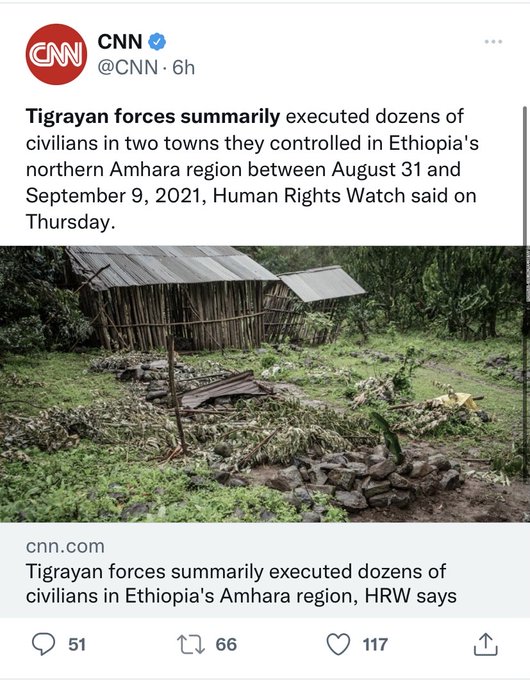 Suddenly, pretending to do journalism. 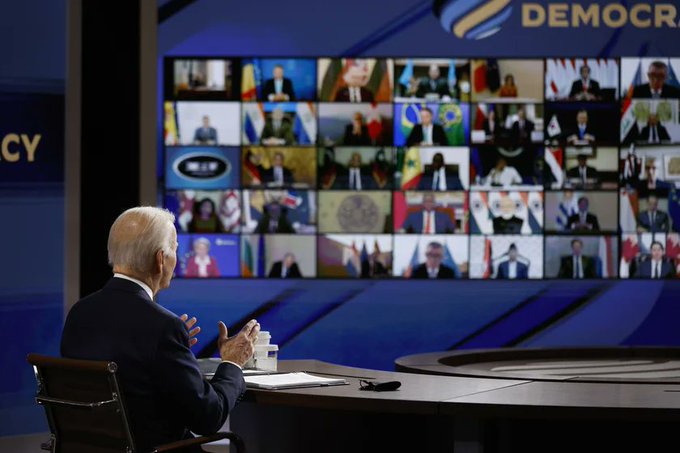 President Biden began his Summit for Democracy thursday morning & with a 10-minute address, extolling the strengths of free speech and open discourse. Then Sec. Antony Blinken announced that the summit was moving into a “closed-door session,” and the public webcast was turned off.

Addis Ababa December 10/2021 The international media, especially some of the Western ones, have failed be impartial on reporting the current situation in Ethiopia, Scoop Independent News Editor in Chief Alastair Thompson said.

In an exclusive interview with ENA, the Editor in Chief said some of the Western media have been propagating the TPLF agenda rather than being fair and balanced with what is really happening in Ethiopia.


I find it astonishing, that the international media have become blind to what has been happening. I think, there are some interesting questions to explore and ask why that is the case. Ultimately, they come back to the beginning of the war,

To show how the international media deliberately ignore to what has been happening in the country, Thompson cited the Galikoma Massacre committed by the TPLF in Afar region at the end of July and early August 2021.


At the end of July and early August there was the Galikoma Massacre. But this was not reported at all by Western media, unlike Al Jazeera which reported the issue at the time.

In contrast, the Western media have been providing wide positive converge for TPLF, he noted.


When the TPLF is losing, however, we consistently see this pattern of diplomacy and the media coming to aid the group,

the editor in chief stated.

Even if hundreds and hundreds of trucks had gone into Tigray, the main story consistently told by the international media was ‘famine being used as a weapon’ by the Government of Ethiopia and Tigrayans were not getting food, Thompson explained.

However, none of this was really big issue after the middle of July as soon as the TPLF invaded the Amhara and Afar regions and harmed civilians in the regions.

According to the editor in chief,

The first three or four stories that the Associated Press wrote about the war in November, were focused on how surprised the government was and about the chaos.

Now, at the same time, there is obviously a lot of focus on Ethiopia’s case; and very concerted, very organized propaganda operation, which was spun up before the war even started,

Giving another example about the bias of the media, Thompson recalled that TPLF attacked North Gondar and were clearly planning on marching into Debre Tabor as they had done in 1991. But they were defeated.

Following the push back, a report emerged. The report was, however, suddenly dropped by the European based TPLF media that have been dominating information with the intention of pressuring the Government of Ethiopia by the international community as well as the West, the editor in chief elaborated.

Thompson also said, reports sometimes come out with the intention of generating negative publicity to be used against the Ethiopian government. He mentioned a story like,