Fifth, the 1995 Ethiopian constitution legitimized ethnic cleansing against the Oromo people when
it took out Finfinne and Dire-Dawa out of the legal jurisdiction of Oromia regional state.

Failing to repatriate and compensate those who have been evicted from their ancestral lands and denying the Oromia regional state managing the affair of its capital and major city Dire-Dawa, constitutes validating ethnic cleansing. OSA expects, that you initiate the process that will effectively address these historical injustices and guarantees the inalienable rights of Oromia over Finfinnee and Dire-Dawa.


The confused writer of this open letter is probably atheist OLF extremist who has never set foot in Dire Dawa and Eastern Ethiopia.

Dire Dawa was never part of the newly invented Oromo region and still isn't because it doesn't belongs to the so called Oromo people, It's as simple as that.

Dire Dawa is, always has been and always will be Somali town and It is located in Shiniile zone, in Somali land. 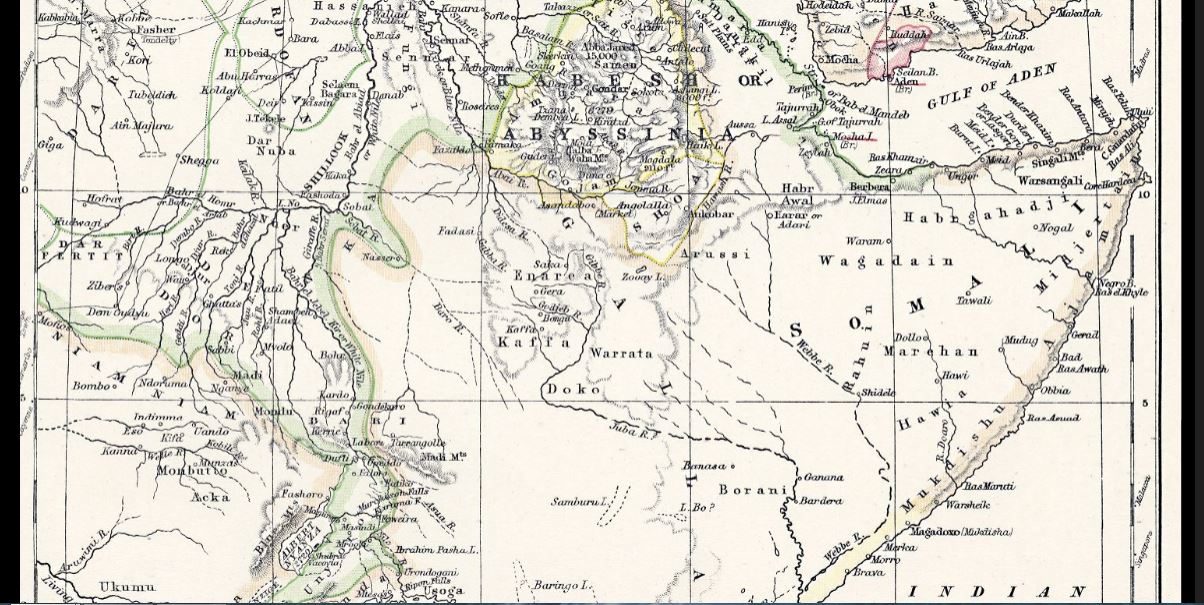 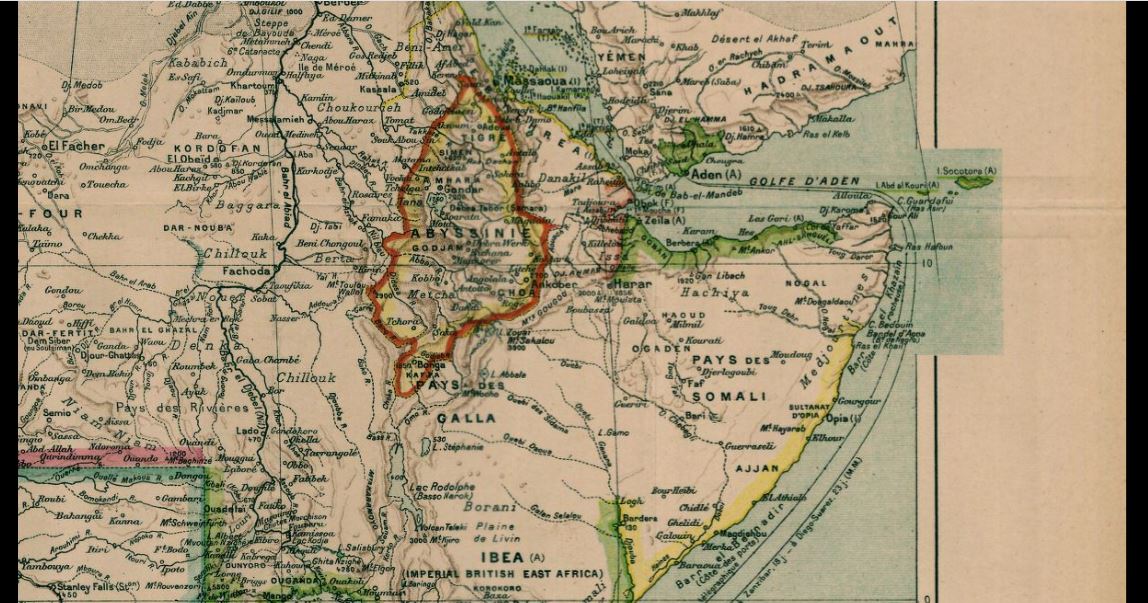 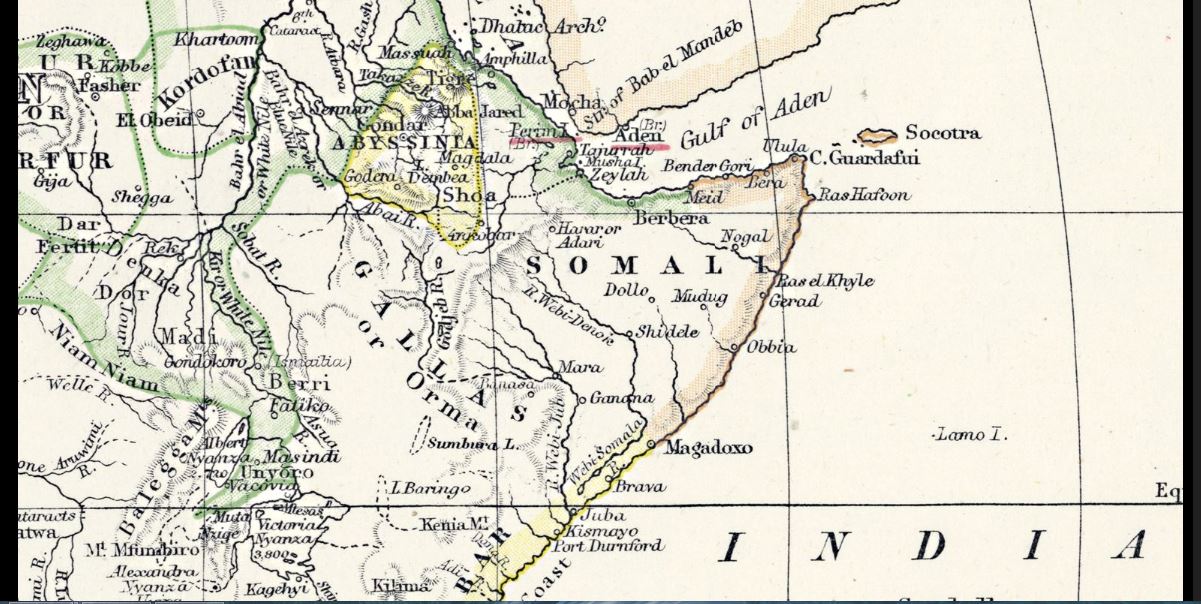 "Historically, the area of Dire Dawa was originally called Dir Dhabe and used to be part of Adal Sultanate during the medieval times and was exclusively settled by the Gurgure Dir clan which is a major Somali tribe and after the weakening of Adal Sultanate, the Oromos took advantage and were able to penetrate through the city and settle into these areas and also assimilate some of the local Gurgura clan.[11]"

If it wasn't for Minilik's railway, Dire Dawa would never have been the shinny City that is now brazenly claimed by OLF thugs. Once known as gem of the eastern part of the country where multiculturalism was its core manifestation, the city is now turned in to a war zone where ethnic zealots are stoning and clubbing people to death at will.
Top

How old is OSA and what has it achieved in all of its existence as a scholarily association?

If it failed to achieve any, why was it?
Top

Menelik had nothing to do with the construction of the railway from Djibouti to Addis Abeba, It was the French empire brilliant idea!!
Top

AbyssiniaLady wrote: ↑
14 Nov 2019, 16:31
Menelik had nothing to do with the construction of the railway from Djibouti to Addis Abeba, It was the French empire brilliant idea!!

Yeah I know your colonizer built the railroad from the tiny Djibouti to Paris..

The letter should have never been written. It has only exposed the OSA guys are really cadres , not intellectuals. I do not know who handed PHD like a candy in Ethiopia. But It is troubling to know this PHD holder is the president of Oromia studies, whatever that means. Yes, for the last thirty years it has been high time for ethnic politicians and cadres like the guy who scribbled this nonsense. But now things are changing. The more Oromo politicians and activists think to have believed that only the Oromos interest matters, the more they become isolated. The prime minister should throw this letter to trash because it is trash. I want to remind the letter writer the moment Abiy was elected a prime minister he is an Ethiopian leader, not an Oromo leader. he governs because Ethiopians accept him as an Ethiopian leader. As for Addis Abeba and Diredwa being under the administration of Oromia, I say to the letter writer do not count on it. It will never happen in a million years. The two cities are so sophisticated to be ruled by tribal politicians and their cadres.
Top

Let's ignore the fact that Menelik was an illiterate primitive silverback puppet of the European imperialisms who had absolutely nothing to do with the construction of the railway..
Top

Let's ignore the fact that Menelik was an illiterate primitive silverback puppet of the European imperialisms who had absolutely nothing to do with the construction of the railway..

Yes, let's ignore the fact that such "primitive Silverback" was able to do so much wonders in those dark times including defeating the European masters that you seem now to want to give unearned credit to.

That man is haunting so many dreams if I may say, for perpetuity.
Top

It makes no different if one is a PHD holder or a layman once one is immersed ethno -babel one's rational mind is clogged and of no use. OSA presentation in their meeting in Addis Ababa this year they are proven themselves to be a bunch of Amhara haters with absolutely with no intellect to speck of. If one goes back and reads their papars that is accumulated for years, one can not find any paper that is worth of printing on academic journal . Having read their open letter it sad to conclude that the most ant-Ethiopian media OMN appears more balanced than this bunch of air heads.
Top

Hey Nifto guys,
From the responses you provided under this thread, I can clearly see how the letter got your soft organ and struck it hard so that you feel it deeply.
It pinched your rectum and made you cry. The letter achieved its objective.
Top

Masud , you are still stuck in puberty .rectum is still the center of your focus? Before you come to discuss on the subject of substance, resolve the issue of your infantile existence.
Top

The brightest intellectuals in East Africa are Oromos and Tigreans. This is fact you can prove by a cursory test.
Top
Post Reply
16 posts • Page 1 of 1