Ethiopia faced two strategic blockages by the colonialists that were imposed on it with the objective of keeping it under control. One was indefinite blockage from building dams on the Abay River and the second is preventing it from having direct access to the Red Sea, which have made Ethiopia the most populous land locked nation on earth . Ethiopia has successfully broken the ban on building dam on the Abay river and more cascade of dams shall be built in the years to come. Blockage in accessing the Red Sea is still in effect but history has given Ethiopia an opportunity again with the unwarranted invasion of Tigray by Eritrea in November 2020. Subsequent to the invasion , any agreement between the two countries is null and void and Ethiopia in self defense could reverse the aggression by force( since the Eritrean government has given deaf ear to the several calls that were made by the UN and the international community to withdraw it's forces from Tigray). As part of reversing the aggression , Ethiopia could occupy the land from Assab to the historic Axumite port of Adulis and negotiate the boundary demarcation with Post-Isaias government with out compromising it's legal and historical right of having access to the Red Sea, which will enable it to build sea ports , cities , tourism beaches along the coastline of the Red Sea. Once Ethiopia builds it's own Red Sea ports , Ethiopia could be the hub of billions dollar electronic commerce combining the sea- surface- air transports and could offer multi- billion dollar diversified and full service tourist products that competes with Egypt , such as beaches, historical, religious, safari, archaeological and volcano tourism. The sea ports will also enable to build a navy that will enhance it's security and will make it a formidable and major geopolitical power in the region. 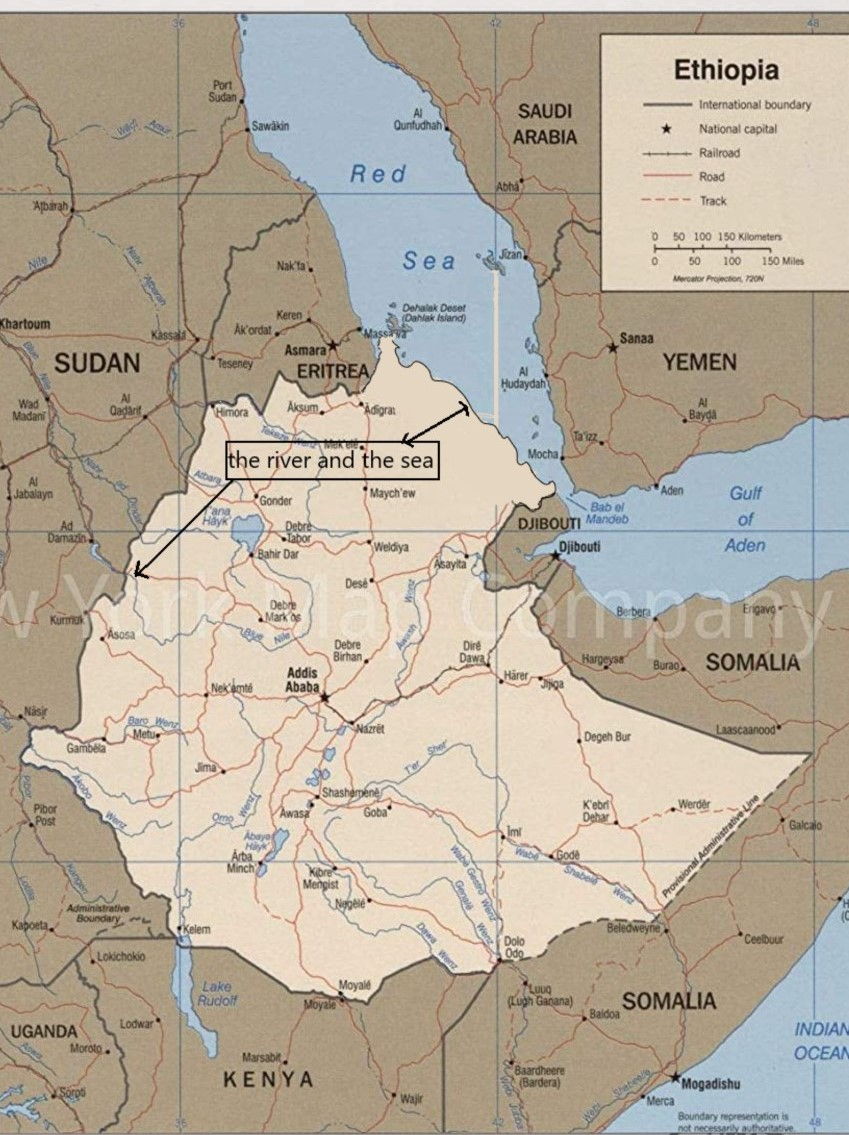