and he's demanding that the European colonial forces occupying the country to leave immediately. #NoMore exploitation! The Shaebiyazation of Mali is all but complete. 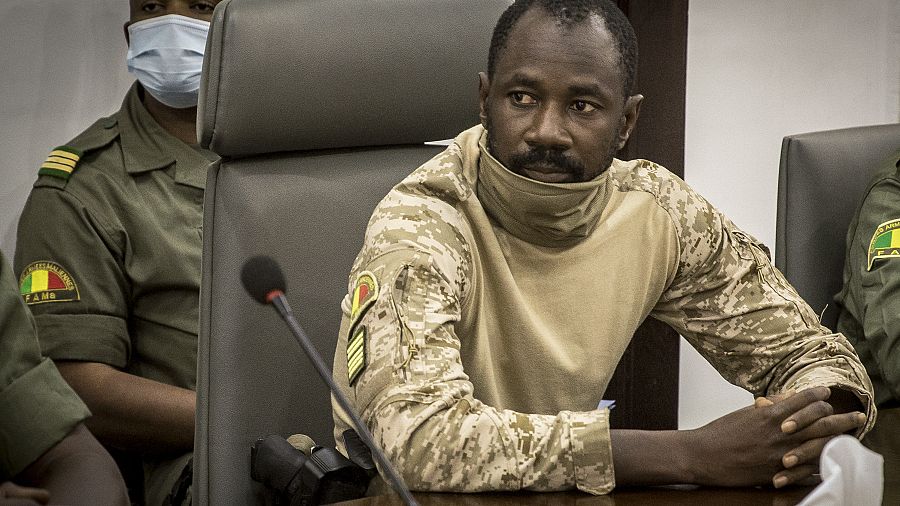 COPENHAGEN, Denmark (AP) — Denmark will pull its small military force out of northern Mali after the West African country’s transitional government said no permission had been given for them to deploy there, the Danish foreign minister said Thursday.

The government in Bamako, under coup leader Col. Assimi Goita, on Wednesday told Denmark to withdraw its 90-person contingent, which arrived in Mali just a week earlier for a one-year deployment under a European counterterrorism operation.

“Last night, the coup generals (in Mali) sent out a public statement where they reiterated that Denmark is not welcome,” he said. “That we will not accept. We have therefore decided, after consultations in the foreign policy committee — and there is backing there — that we pull our troops out.”

Kofod also said Denmark will “continue the good and close cooperation with our European allies” and keep the pressure on Mali’s rulers “to get democracy back, to create safety for the population in Mali, to fight the terror groups.”

On Wednesday, the countries behind the 15-nation European Task Force Takuba that is in Mali on a counterterrorism operation said the Danish presence is legal, and called on Bamako “to respect the solid grounds on which our diplomatic and operational cooperation is based.”

The statement expressed “deep regret” that Mali claimed the Danish deployment lacked a proper legal basis and consent from the Malian government.

The Danish Foreign Ministry earlier had said Mali’s former president, Ibrahim Boubacar Keita, had requested in 2019 that Denmark send troops to join the Takuba effort. But less than a year later, Keita was deposed in a military coup.

The ministry said the Danish contribution also had been approved by the current transitional government led by Goita.

Mali government spokesman Col. Abdoulaye Maiga said Wednesday that a Danish request to deploy troops had been under consideration but not approved.

“No agreement has authorized the deployment of Danish special forces as part of the Task Force Takuba,” it said.

After seizing power in August 2020, Goita initially pledged to uphold Mali’s international agreements but recently has shown signs of reluctance, at one point even temporarily grounding U.N. peacekeeping flights in the north.

Over the past 18 months, Goita has solidified his control, naming himself president of the government that was supposed to organize new democratic elections by the end of next month. Now Goita says that won’t happen until 2026, prompting Mali’s neighbors to impose punishing economic sanctions this month.

Mali has been battling an Islamic insurgency in the north since 2012, and former colonizer France led a military operation in 2013 to force the insurgents from power in the major towns of northern Mali.

France is increasingly concerned about what Le Drian called the deployment in Mali of hundreds of Russian mercenaries from the Wagner Group, “with the only objective to protect a junta greedy for power.”

Mali’s interim government has accepted the presence of Wagner Group security contractors on its territory. Last month, the EU slapped sanctions on eight people and three oil companies linked to Wagner, which is accused of rights abuses in the Central African Republic, Libya and Syria.
Top