China’s response to America’s call to back it over Russia’s Ukraine ‘aggression’ is telling
FILE PHOTO: US Deputy Secretary of State Antony Blinken shakes hand with Chinese Foreign Minister Wang Yi. © Andy Wong - Pool / Getty Images
On Wednesday evening, US Secretary of State Antony Blinken phoned his Chinese counterpart, Wang Yi, and lectured him on what he described as “Russian aggression” on Ukraine. The move was an obvious diplomatic stunt from Washington to try and isolate Moscow by appealing to Beijing, seemingly fearful of the growing strategic partnership between the two countries. But Wang wasn't impressed by this insincere cry for help.

Instead, Chinese media reports on the call stated that Wang urged Ukraine to follow the Minsk Protocol, indirectly stated opposition to NATO expansion, and lashed out at the US on a number of issues, accusing it of “interference” in China’s internal affairs, deliberately undermining the Winter Olympics, and demanding that it comply with the One China policy on Taiwan.

Most strikingly of all, Wang said that the US had not changed its China policy at all from that of the Trump administration, accusing Washington of continuing to undermine the bilateral relationship through hostility. In summary, the call was a cold rebuke of American demands.

War between Russians & Ukrainians is unacceptable – Moscow
Read more War between Russians & Ukrainians is unacceptable – Moscow
The Biden administration is attempting to ‘have their cake and eat it too’ in its relationship with China. It wages relentless hostility towards Beijing in a destructive manner, but when a geopolitical issue arises where Washington needs China’s support and dialogue, Washington expects cooperation in good faith, dismissive of the fact that its own behavior makes this impossible. It somehow believes that some shorthand lip service on matters such as Taiwan are sufficient to secure China's assistance, which their policy moves later tend to show the opposite anyway.

This kind of attitude was particularly visible during the Taliban takeover of Afghanistan last year, is the underlying assumption regarding Washington's approach to North Korea, and is apparent here again with Ukraine. While China is not foolish enough to reject dialogue with the US outright, the view in Beijing is one of increasing frustration and is fed up with this behavior, which it sees as increasingly in bad faith, and is less willing to make concessions without driving bargains.

As one noted example, in November last year, Chinese President Xi Jinping held a summit with US President Joe Biden. From China's perspective, this meeting was designed to stabilize ties and sway the US away from the aggressive anti-Beijing Trumpian policy. In practice, the summit achieved nothing, and Biden immediately responded afterwards by entity listing scores more Chinese companies and voicing support for a bill banning all imports from Xinjiang on the premise of forced labor.

This chaotic and hypocritical approach to US diplomacy means Beijing now increasingly sees good will engagement with the US as a waste of time. If the US wants anything, it must be conditional on respecting China’s core interests, which it continues to undermine. Therefore, Wang took the opportunity to hit out at Blinken on a number of issues which were not on his agenda, effectively seeking to make any presupposed consideration of America’s position conditional: including non-interference and on Taiwan.

It should also be plainly obvious that China is not going to allow a wedge to be thrown into its relationship with Russia when both countries see the antagonism from the US as mutual. Wang denounced the “Cold War mentality” surrounding Ukraine and stated that “regional security cannot be guaranteed by strengthening or even expanding military blocs.”

This, combined with the earlier comment about opposing “military blocs,” shows that China is not “impartial” on this matter and has tilted in Moscow’s favor, a clear indication that China itself is indirectly opposing the expansion of NATO. Blinken didn’t achieve any of his objectives from the call and it demonstrates how the US is struggling in dealing with Moscow and Beijing simultaneously.

This shift reflects China's new foreign policy trend, that it is prepared to give more backing to states also facing trouble with Washington than it was previously, such as with Syria, North Korea, Cuba, Eritrea, Iran and others.

This single phone exchange illustrates how China has shifted from being more willing, cautious, and subservient in following the US on certain geopolitical issues, to placing more emphasis on its own preferences in a careful, yet clear, way.

The US cannot have its cake and eat it too – it can’t get cooperation from China on issues like Ukraine while also aggressively confronting it at the same time. Beijing is making it clear that this kind of relationship is no longer viable. If the US wants to engage with China, Beijing is setting a very high price for it, and the Ukraine saga is an illustration of that. 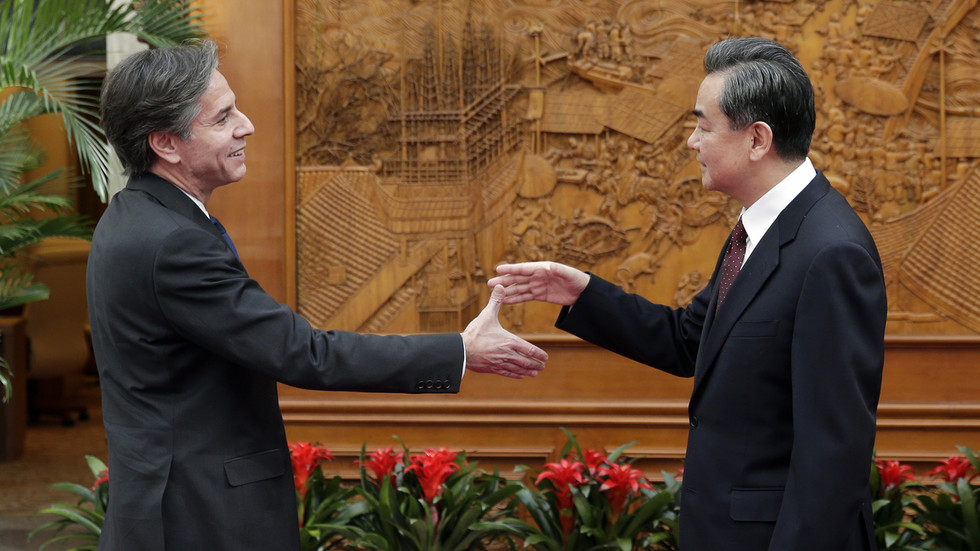 China cautions US over standoff with Russia
Regional security cannot be ensured by expanding military blocs, according to Beijing’s top diplomat
By Layla Guest

China cautions US over standoff with Russia
Chinese Foreign Minister Wang Yi attends a meeting of Tajik President Emomali Rahmon with Shanghai Cooperation Organization (SCO) foreign ministers, in Dushanbe, Tajikistan. © Sputnik / Russian Foreign Ministry
Russia’s concerns about safety on the European continent cannot be pushed aside by the US and warrant genuine consideration, China has warned, amid a tense stand-off between Washington and Moscow.

In a telephone call on Thursday, Beijing's Foreign Minister Wang Yi offered US Secretary of State Antony Blinken advice on how to calm growing tensions in the region.

“Today, in the 21st century, all parties must completely abandon the Cold War mentality and form a balanced, effective and sustainable negotiated European security mechanism,” he told Blinken, according to the ministry’s official website.

Wang added that “Russia’s legitimate security concerns must be taken seriously and addressed.” According to him, regional security cannot be ensured by strengthening and expanding military blocs.

“The security of one country cannot be achieved at the expense of another,” he said. The foreign minister also reiterated China’s calls for all sides to refrain from actions that could further inflame tensions.

The remarks come shortly after Washington responded to Moscow’s proposals. Speaking on Wednesday, the head of the US-led military bloc, Jens Stoltenberg, said NATO “will not compromise” on potential expansion into Ukraine, Georgia, and other former Soviet republics, as this clashes with its “core principles.”

Russia reveals US response to security proposals
Read more Russia reveals US response to security proposals
Last month, Russia handed over two draft documents, one addressed to Washington and the other to NATO, which it says are aimed at reducing the risk of conflict on the European continent. Moscow requested that the bloc refrain from any military activity on the territory of former Warsaw Pact states that joined after 1997, following the fall of the Soviet Union.

Earlier in December, the aide to Russian President Vladimir Putin, Yuri Ushakov, said Chinese leader Xi Jinping is fully supportive of Moscow’s attempt to gain assurances from NATO, a notable revelation given that Beijing has previously sought to distance itself from its neighbor’s problems in dealing with other European states.

“Since the chairman [Xi] specifically stated that he supports Russia’s demands for guarantees, he is naturally well aware of and understands the main issue: the concerns Russia has on its western borders,” Ushakov said following talks via video-link between the two sides. “We will keep our Chinese counterparts informed of how negotiations and contacts on this matter will unfold with our American and NATO partners.” 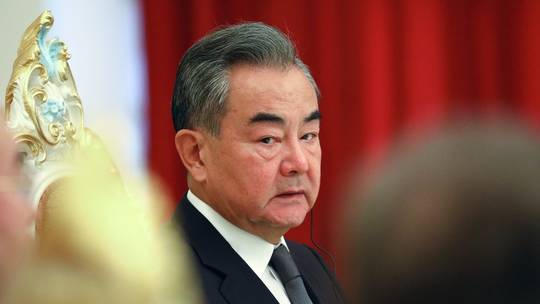