Top Russian senator blasts American’s ‘amazing stupidity’
FILE PHOTO. Senator of the Russian Federation, Chairman of the SF Commission on Information Policy and Interaction with the Media Alexey Pushkov. © Sputnik / Nina Zotina
American analysts following Russia and the former Soviet Union repeatedly fail to understand the mentality of people living in the world’s largest country, one of Moscow’s leading senators has raged as experts weigh in on events happening along the border with Ukraine.

McFaul’s tweet read that “Ukrainian democracy today, not Ukrainian membership in NATO in some distant future, is the real threat to [Russian President Vladimir] Putin.” Similar remarks have been made by the notoriously anti-Russian academic in recent weeks.

The exchange comes as Moscow aims to seek guarantees from NATO that Ukraine’s long-term ambitions to join the US-led military bloc will not be granted.

It says only one thing, the senator claimed – “they know nothing about the attitude of the vast majority of Russian citizens to what is happening in Ukraine and do not want to know.” He accused Western experts of living “in their false ideologies, where it is comfortable and convenient for them.”

“It is difficult to find people in Russia who would dream of a life like the one in Ukraine now,” he stated. “It is impossible to envy it.”

Pushkov’s remarks come amid a crackdown on high-profile Ukrainian political figures. On Wednesday, a court in Kiev rejected a request from prosecutors to put former Ukrainian President Petro Poroshenko behind bars while he awaits trial for a string of serious charges. He was ordered to give up his documents used for international travel.

Poroshenko insists that the charges against him are politically motivated by his successor, Volodymyr Zelensky.

Another suspect in the case identified by prosecutors is serving MP Viktor Medvedchuk, the leader of the largest non-government party in the Ukrainian parliament, Opposition Platform – For Life. He was placed under house arrest last year after also being charged with treason.

Although the details of the allegations have not been publicly disclosed, they are believed to relate to business interests in Crimea. Medvedchuk, however, insists that his prosecution is politically motivated and accused Zelensky of attempting to establish a “dictatorship.” 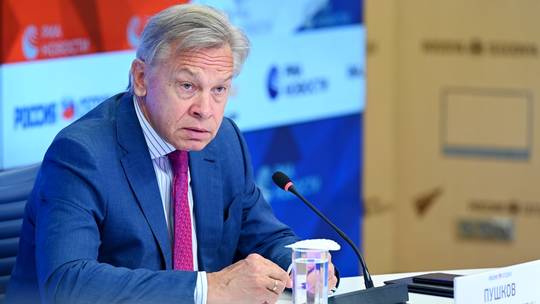 I got a chance to watch part of Biden's news conference yesterday. As he spoke, he made me ask: Who made Biden the policeman against Putin? Don't get me wrong that I support an invasion of a sovereign country by another. No, I don't support it. I simply asked the source of the leader of a third sovereign country acting a policeman against it. I don't know if President Putin is trying to make Ukraine China's Vietnam by borrowing the Chinese saying that when the head falls, it is the nose that bleeds first.

Ideally, the leaders of the two sovereign countries in conflict would take a hike somewhere in their neighborhood and resolve it on their own. Kiev is about 539 miles or 867 kilometers from Moscow, a fraction of how far it is from Washington or Wilmington in Delaware. As an alternative, the U.N. would take charge to resolve it and that Biden would ask why a conflict between two sovereign nations is more of a concern for the U.S., the third sovereign nation, than the U.N., an organization of all sovereign nations.

The whole thing sounds like President Putin of Russia asking President Zelenesky of Ukraine if Kiev is closer to Washington or Wilmington than Moscow, if President Zelensky watched democracy in America over the last several years, including on January 6, 2021, the source of Biden's acts to be a policeman against Putin, and why the U.N. watches Biden's insults against it by sidelining it over what is it's prerogative.
Top
Post Reply
2 posts • Page 1 of 1