The lying banda agame Berhane Gebrekristos said they only had 9000 troops when they went to war with Ethiopia, when in fact before the war started other TPLF leaders were openly bragging about having trained a 250,000 strong militia force and they even had a military parade at Mekele stadium showing them off. I guess he's trying to hide the fact that all of the 250,000 men were completely annihilated after the TPLF fired rockets into Eritrea, which is the main reason why they are now conscripting 11 year old children to continue the war. Lying is their culture too!

I have known Efrem Yisaq since I was in college. Here is a man, naive and spinless political ignorant. He is a jack of all trades and a master of none. He is a Yemeni Jew from his father and Welega Oromo (from) his mother and a most probably a life long Mosad. Now he so behind the times and reality going down in history as anti-Ethiopian fool and opportunist. This is an incompetent divinity student who sued Harvard and lost for not becoming a professor. Those who took his black studies class at Harvard know how shallow and superficial his level of mastery of subject matter is. It is amazing that he is one the current junta.
Top

This is what I said about the Banda woman named Eleni a few days ago.....

We were told that the Ethiopian Commodity Exchange (ECX) introduced in 2008 by the World Bank's asset, a Swiss national named Dr. Eleni Gabre-Madhin, was to prevent famine during times of drought in Ethiopia. Reading straight out of a script provided to her by the World Bank, she tried to justify the establishment of the ECX by claiming that, Ethiopia's epic famine of 1984 could have been prevented had the Derg regime moved grain surplus from other parts of the country that saw bumper harvests to feed people in the affected regions.

The ECX that was advertised as buying staple crops from major surplus grain-producing regions to feed people in famine stricken regions of Ethiopia, showed its true colors when it devoted the full capacity of its work trading the cash crop, Coffee, for foreign markets, and was no longer an agency that trades food commodities essential to feed the population to prevent famine. In other words, the EXC was formed so the TPLF may repay their debt obligations to the World Bank.

In fact, one year after the Commodity Exchange opened its doors in 2008, the following year famine struck again in Ethiopia, this time affecting 14 million Oromo farmers who had never experienced famine before, while the Tigray region that is prone to drought and famine, and whose barren land produces nothing, was left unscathed.

The reason behind this was that, the ECX lured Oromo farmers into growing coffee beans for exports by abandoning their staple crops such as maize, teff, sorghum, barley, beans, peas, potatoes and bananas that sustained their livelihood for generations. And for every one pound of coffee beans the Oromo farmers produced which the ECX exported, Tigray received one pound of American food-aid.

ECX proved to be a man-made famine making machine designed to keep Tigray well-fed at the expense of poor Oromo farmers forced to pay off World Bank loans borrowed by the Tigray thieves to enrich themselves. 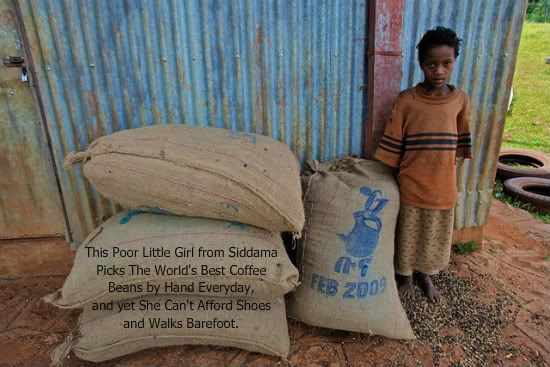 Compare that to the school children in Tigray whose barren land produces NOTHING! NADA! ZILCH! ZERO!

Kallamino Special High School, a boarding school in Mekelle, was first established in 1998 by Tigrai Development Association (TDA) “with a vision of making Tigrai prosperous and free from poverty and backwardness.”

What I found to be very hilarious is that, the attendees spoke with as much certainty as if the TPLF will come back to power, and they all seem to be basking in imaginary TPLF glory, perhaps engaging in self-deception to nurse a bruised ego.

Would you believe if I tell you that, a certain Canadian professor once wrote a constitution which he wanted to implement in Eritrea, for he strongly believed that the Eritrean government was on its last legs? LOL I'm serious. He even appeared on TPLF media on numerous occasions to promote his work, but most importantly, to give the day-dreaming agame hope where there was none.

Their aim is basically to trigger mass hysteria, such as creating the illusion of threats or victory through rhetoric and exaggerations, all in an attempt to interfere with people's perceptions of reality. And there are many domestic useful idiots like Professor Efrem and Eleni to perform such tasks for them. The Ethiopian people should solemnly swear that they will defend their nation against all enemies, foreign and domestic.
Top