Is Tedros Adhanom Blackmailing Russia Over its COVID Vaccine to Gain Russian Support for the TPLF Terror Group? 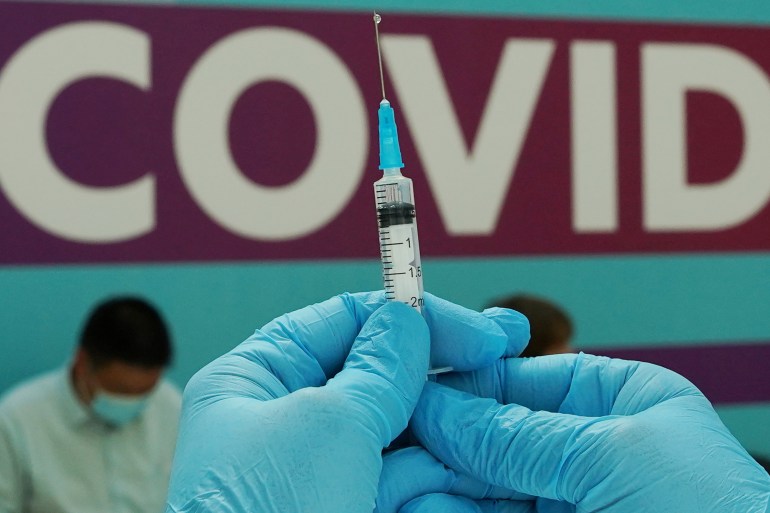 The World Health Organization has said the Emergency Use Listing process for Russia’s Sputnik V COVID-19 vaccine was on hold pending some missing data and legal procedures, which the UN body hopes will be “sorted out quite soon”.

“We are working almost on a daily basis with the ministry of health in Russia to address the remaining issues to be fulfilled by the Russian Direct Investment Fund,” Mariangela Simao, WHO assistant director-general for access to medicines and health products, said on Wednesday.

Simao said that as soon as an agreement was reached, the WHO will reopen the case and assess data that was submitted, even though it was “still incomplete” and resume manufacturing site inspections in Russia.

“All submissions that we have, they are addressed the same way,” she said and did not specify a timeline for when the listing process could be completed.

Russian Health Minister Mikhail Murashko earlier this month said that all barriers to registering the vaccine with the WHO had been cleared and only some paperwork remained to be completed.

In Russia take-up of the vaccine has been slow, with many citing distrust of the authorities and fear of new medical products. Just 33 percent in Russia are fully vaccinated.

Russian President Vladimir Putin said on Tuesday that Russia needed to speed up its vaccination campaign against COVID-19 as the country recorded 973 coronavirus-related deaths on Tuesday, its highest single-day toll since the start of the pandemic.

In total, Russia has recorded more than 7.7 million cases and more than 426,000 deaths.

The data was submitted by the developer, the Gamaleya Institute, to the pre-print server medRxiv before peer review and was based on 28,000 participants who received a dose of Sputnik Light, compared with a control group of 5.6 million individuals who were not vaccinated, it said.

Countries around the world are deploying or considering administering third doses of Pfizer or Moderna vaccines or booster shots to some of their population, particularly those with weakened immune systems and the elderly, although there is no consensus among scientists about how broadly they should be used.

Sputnik Light as a booster for other vaccines will be almost as effective against the Delta variant as Russia’s flagship two-shot Sputnik V vaccine, RDIF, which markets Sputnik V internationally, said in a statement.

“Eventually, we believe that Sputnik Light could be the main vaccine one year from now when many people will just need to get revaccinated or will have had COVID and won’t need Sputnik V,” said Dmitriev.

Re: Is Tedros Adhanom Blackmailing Russia Over its COVID Vaccine to Gain Russian Support for the TPLF Terror Group?