Something must be done about this, QUICK! 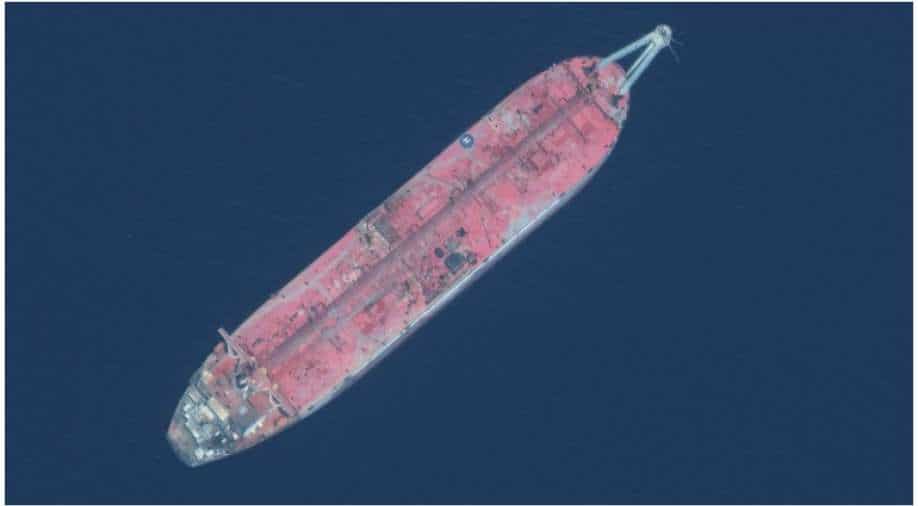 This handout satellite image obtained courtesy of Maxar Technologies on July 19, 2020 shows a close up view of the FSO Safer oil tanker on June 19, 2020 off the port of Ras Isa. Photograph:( AFP )

STORY HIGHLIGHTS
The oil tanker has been abandoned in 2017. There is still 1.1 million barrels of oil in the tanker

An abandoned and rotting oil tanker in the Red Sea is leaking oil, something that can leave millions of people without water.

The oil tanker FSO Safer was abandoned in the year 2017. 1.1 million barrels of crude oil is still onboard the oil tanker.

Negotiations are underway to offload the oil cargo. As days pass and negotiations go on, the likelihood of an oil spill is increasing.

The oil spill, if it takes place, will wreak environmental havoc that is likely to affect Saudi Arabia, Eritrea, Djibouti and Oman.

The talks between Houthi rebels, the UN-recognised government of Yemen and the UN have not yielded much so far and a staff of just seven is keeping a watch on the rotting hull.

A model predicting the oil spill has been published in journal Nature Sustainability. The model shows that the oil spill is likely to force closure of Red Sea ports of Hodeidah and Salif within two weeks. This may cause fuel shortage in Yemen. Water pumps will not work in this case and 8 million Yemenis will lose access to running water. Desalination plants in the region are likely to get polluted as well.

It is anticipated that half of the oil will evaporate within 24 hours. But the rest will reach Yemen's western coastline in three weeks.
Top

Re: Something must be done about this, QUICK!

It is a shame the rich nations of the world completely ignored this as they have ignored Africa from the available Coronavirus (Covid-19) vaccine.