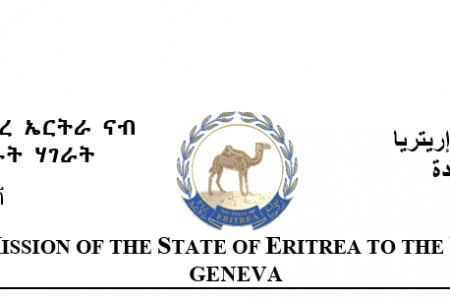 48 HRC Session – Item two: Enhanced Interactive Dialogue on the Situation of human rights in the Tigray Region of Ethiopia; 13 September 2021 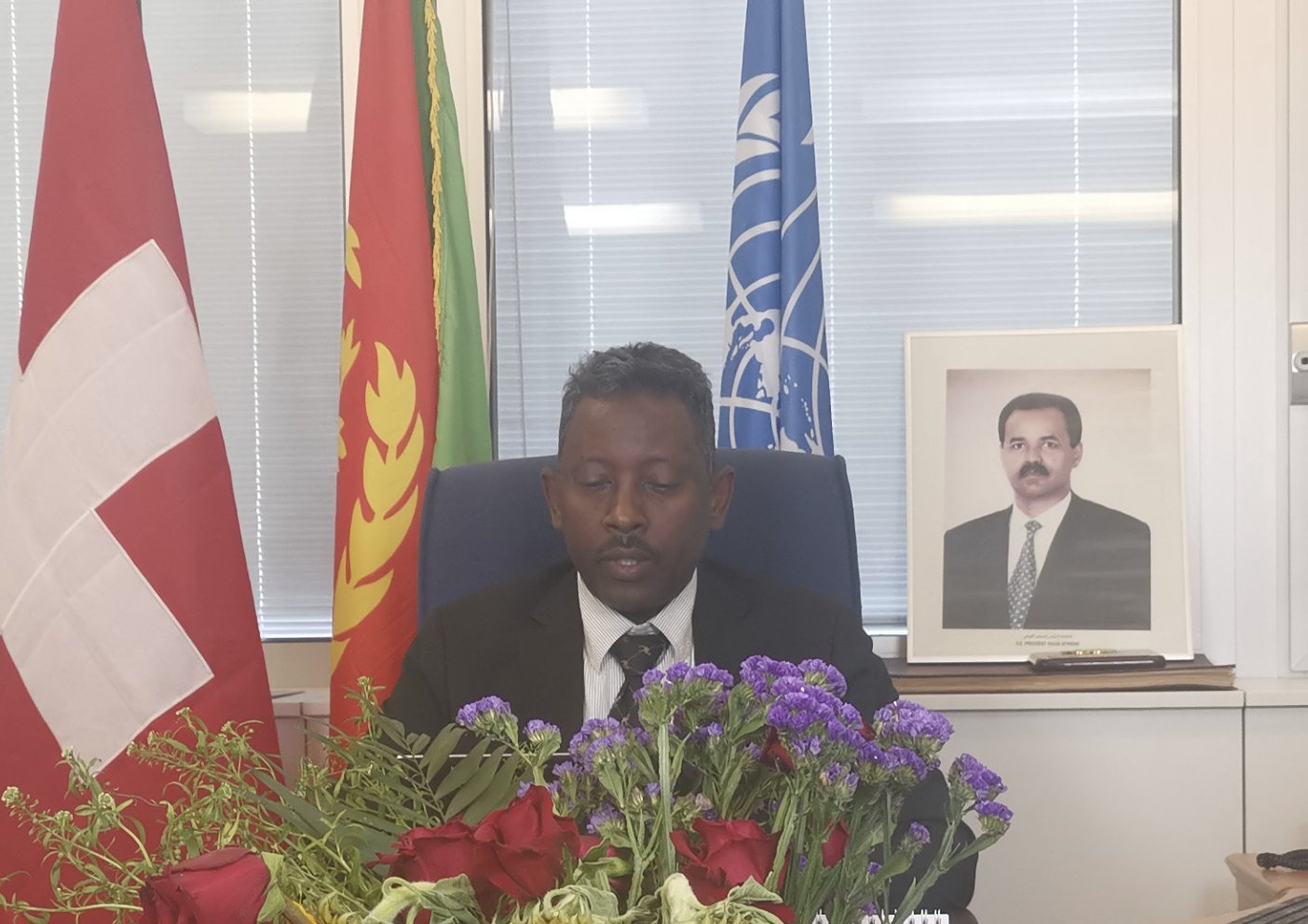 Eritrea regrets the fact that the update of the High Commissioner was not posted earlier to ensure meaningful participation of delegations in the present interactive dialogue.

Eritrea has expressed, on previous occasions, its principled position and fully responded to unwarranted accusations leveled against it in relation to the ongoing Rule of Law Operations in the Tigray region by the Federal Government of Ethiopia. It is important to reiterate again that the OHCHR does not remain ambivalent on the misguided action that has emboldened the TPLF clique to resort to military adventures as well as on the real threats it continues to pose to the national security of Ethiopia as well as Eritrea. It is essential for the OHCHR to recognize the fact that the defunct TPLF clique constitutes the main cause and sole culprit in the crisis situation.
In this vein, Eritrea will give its full response again on the issues once the report is officially released. Nonetheless, it continues to reject ongoing attempts to deflect attention from the crimes perpetrated by the TPLF clique and to downplay its culpability. This will not, indeed, serve the cause of peace and security, human rights, and development in the region.

The enhanced interactive dialogue on the Tigray Region of Ethiopia under discussion thus remains unfair; undermining the responsibility of sovereign Governments to take appropriate deterrent action while appeasing the TPLF criminal clique. This practice will corrode the inherent right to self-defense of sovereign nations; the common understanding on the constitutional duty of governments to mitigate imminent threats to their national security, and the need to fight terrorism wherever and whenever they occur. Above all, it perpetuates terrorism and anarchy while undermining the capabilities and obligations of sovereign states to maintain and safeguard the rule of law

After the declaration of a unilateral ceasefire by the Federal Government of Ethiopia, the TPLF has continued its reckless military offensives in the Afar and Amhara regions of Ethiopia by using children as cannon fodder. It has clearly stated its intentions to again attack Eritrea once it succeeds to


overthrow the Federal Government of Ethiopia.

In these regions, the TPLF has committed untold crimes, sufferings and destruction. As usual, the international community has remained silent on a matter that could further exacerbate the crisis and bloodshed. The debate will be insignificant to victims of abuse should the panel fail to recognize the above-stated realities.

In conclusion, it is unacceptable that the penholders of the resolution that led to this interactive dialogue continue to depend on a protracted disinformation campaigns aiming at scapegoating Eritrea and covering up the essence of the crisis and the crimes committed by the defunct TPLF clique. Moreover, it is unacceptable that the same external entities and handlers of the clique that aided and abetted its murderous reign in Ethiopia and in the Horn of Africa for 27 years are again desperately working to resuscitate it.


The attempt of raising the dead! 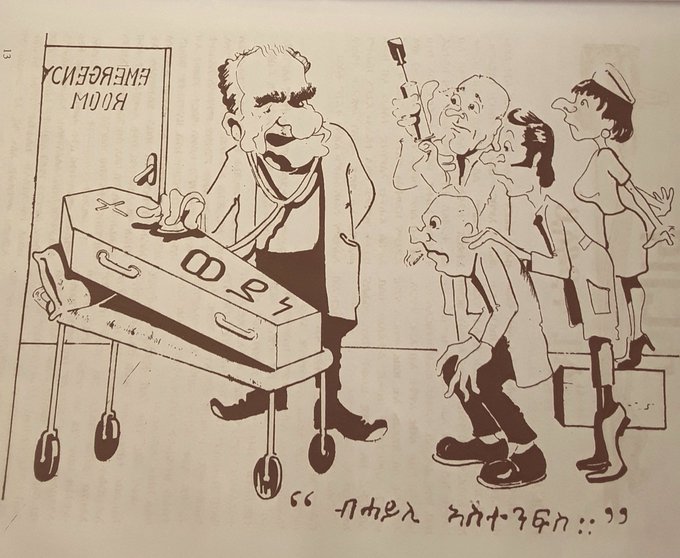 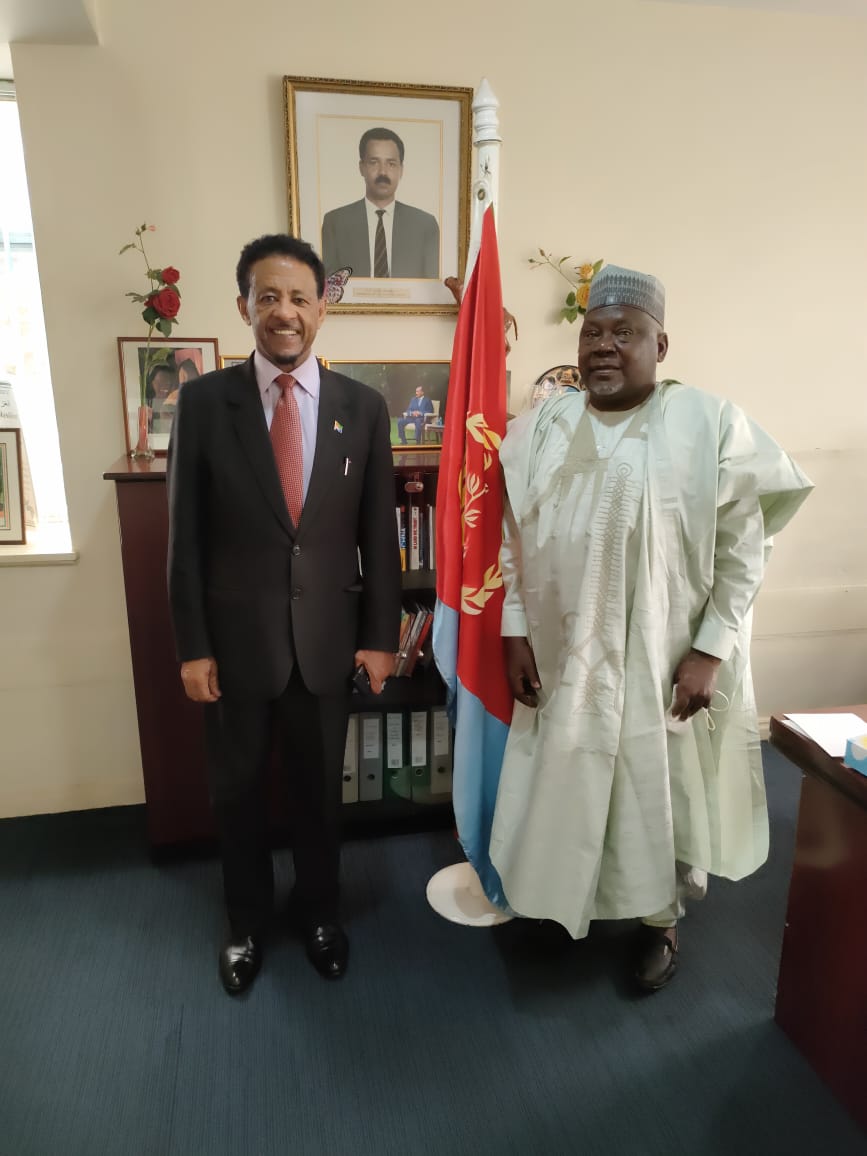 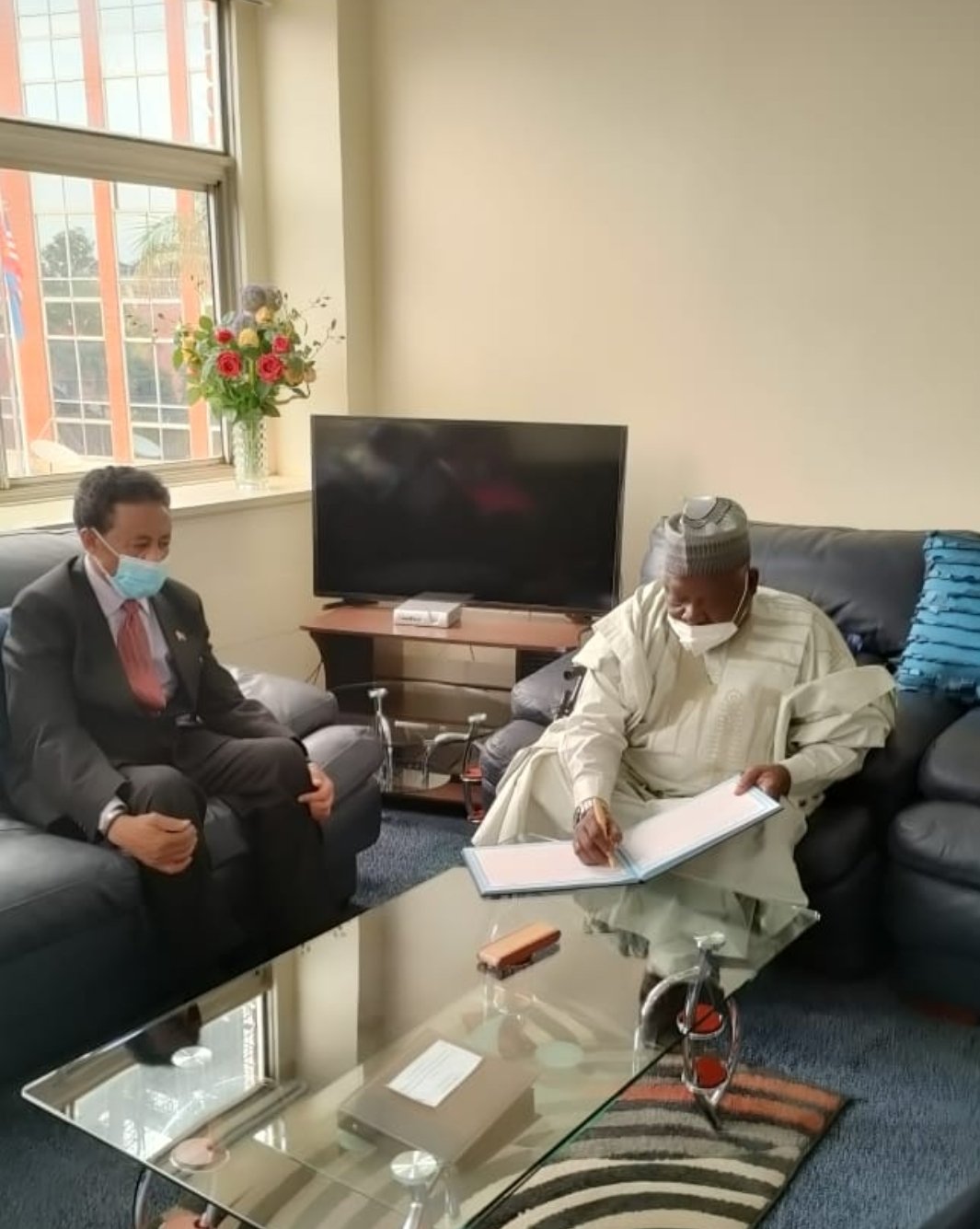 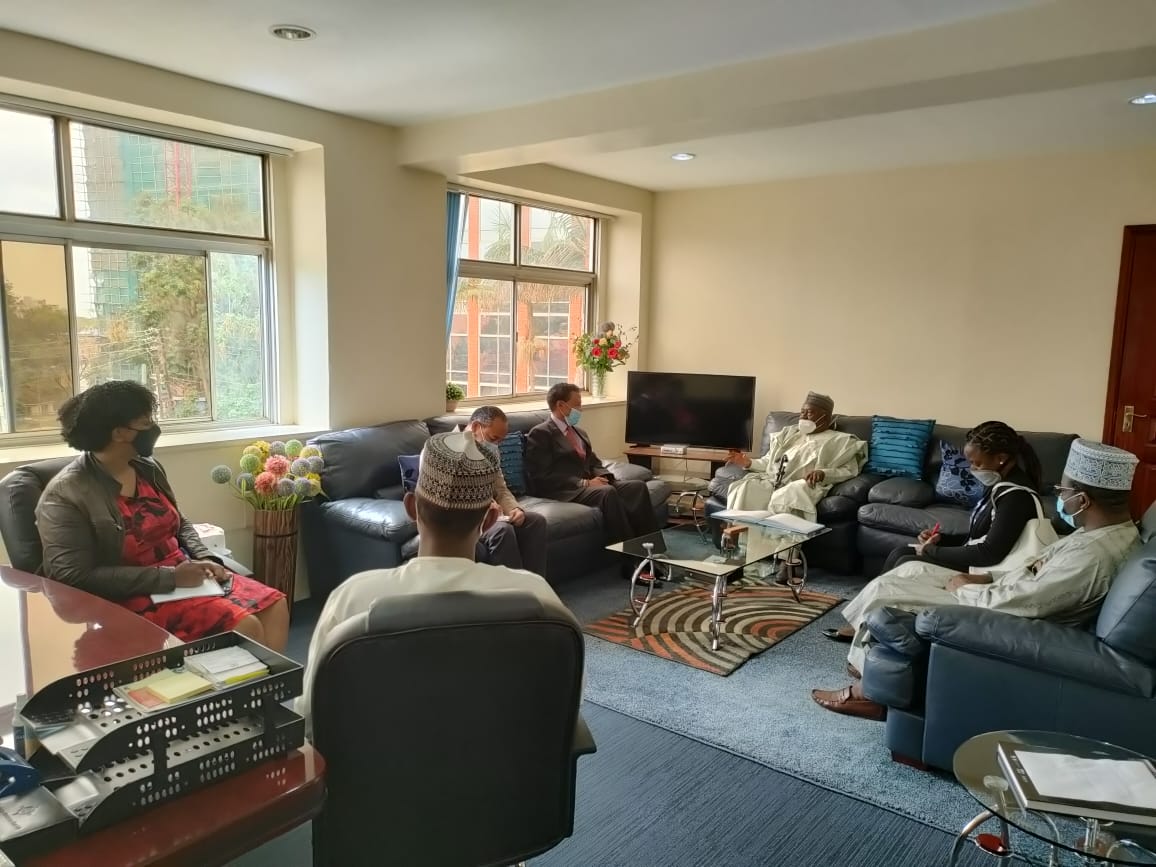 I warmly welcomed the new High Commissioner of Nigeria, H.E Amb Yusuf Yunusa today. We discussed many issues of importance, to our both sisterly countries. We also exchanged ideas & infos of our regions including ADC, Unep & Un-Habitat. Wished him all the best!
AMB. Beyene Russom: @BeyeneRussom
Last edited by Zmeselo on 14 Sep 2021, 17:23, edited 1 time in total.
Top 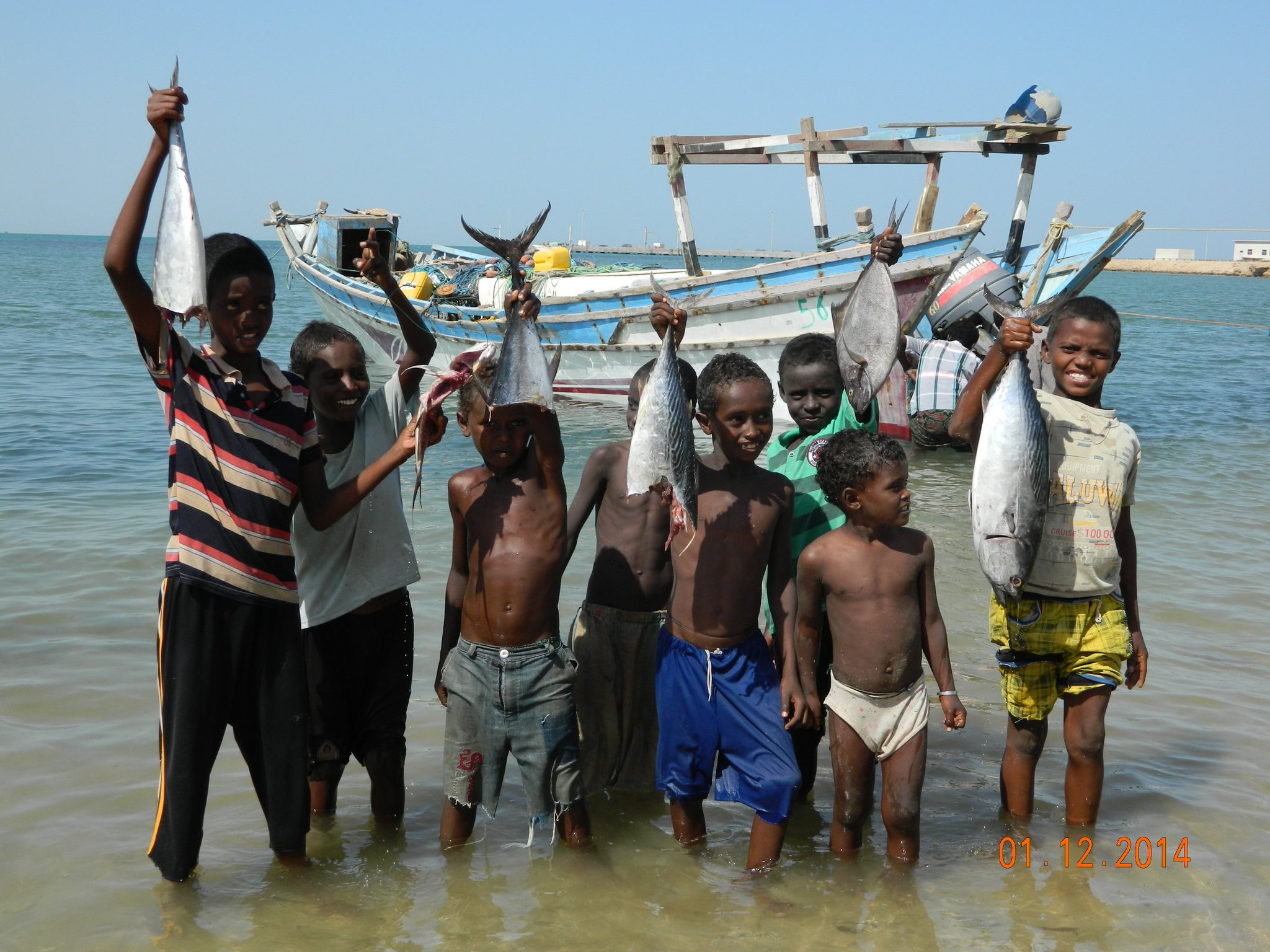 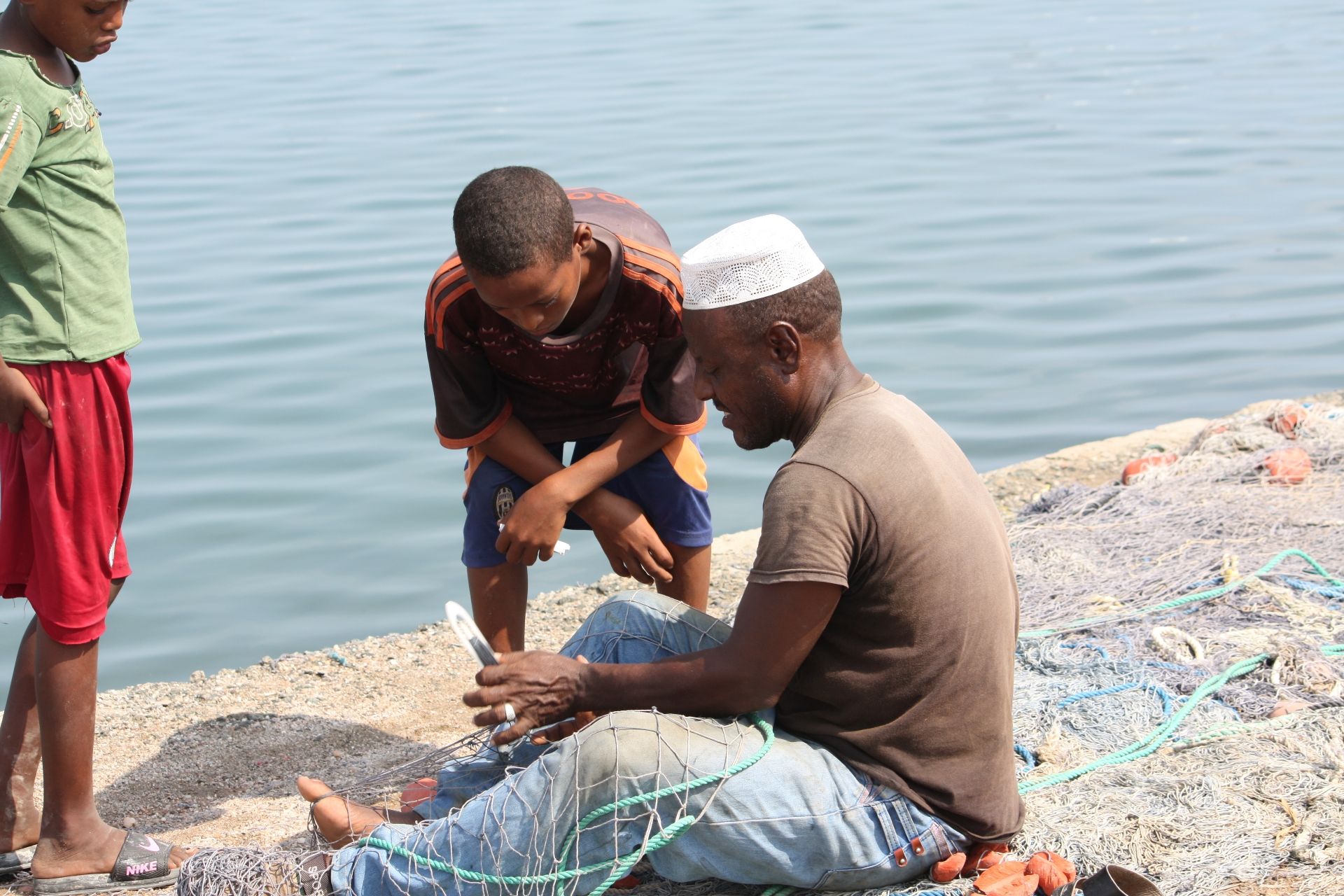 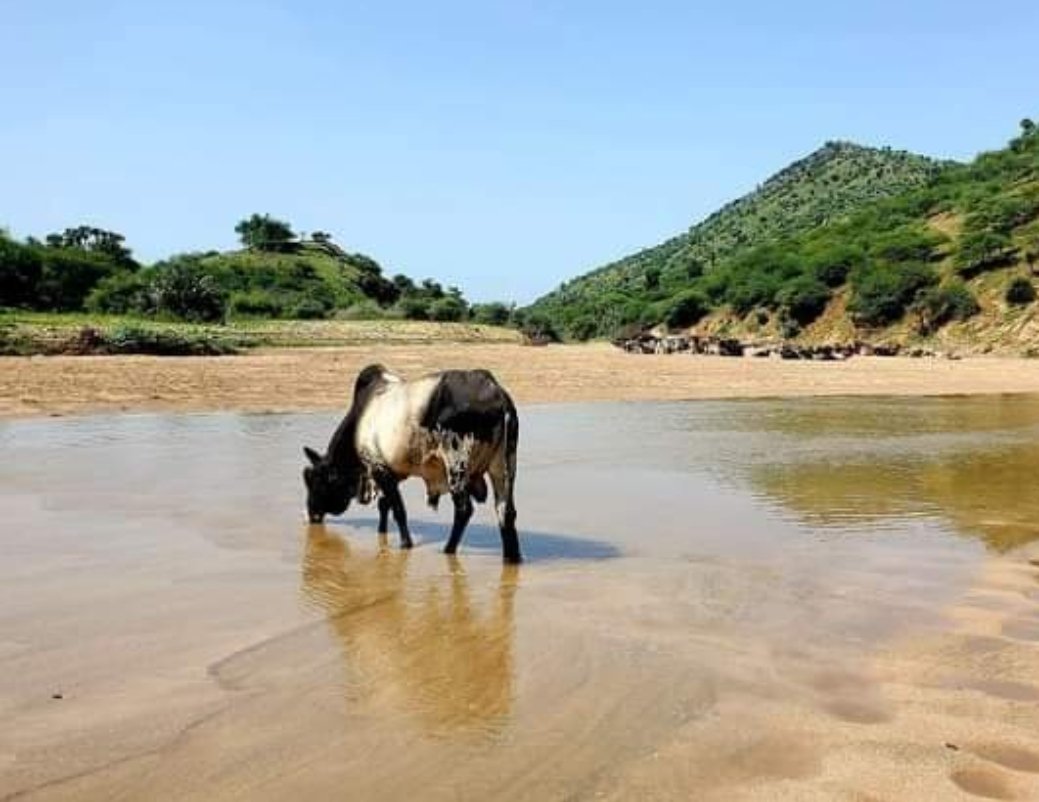 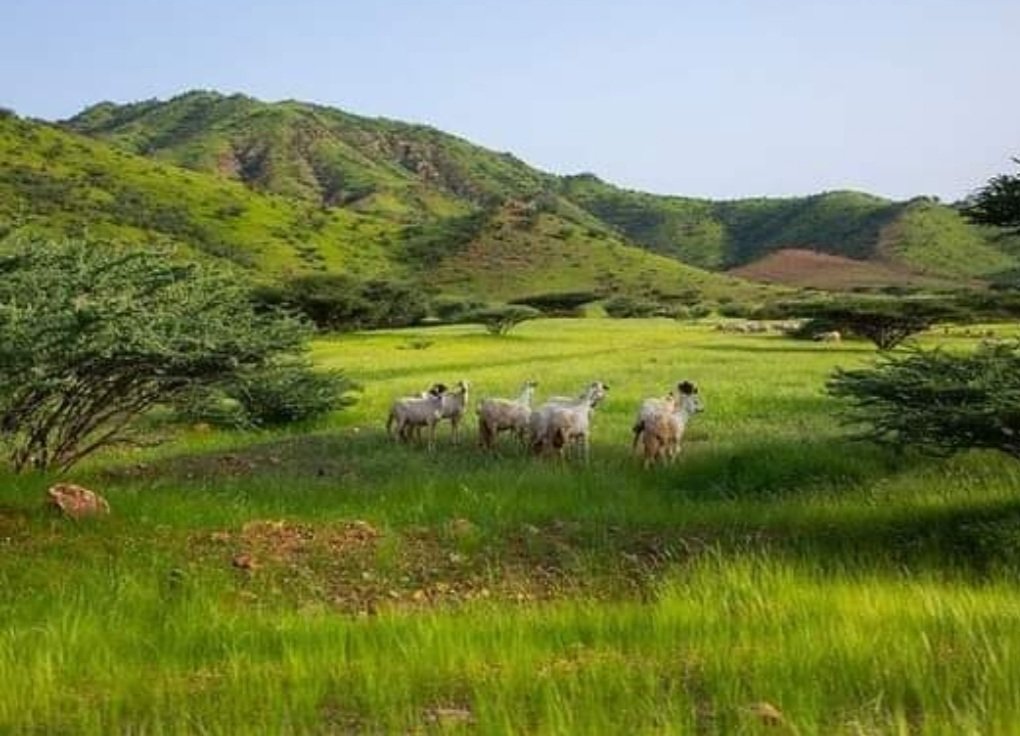 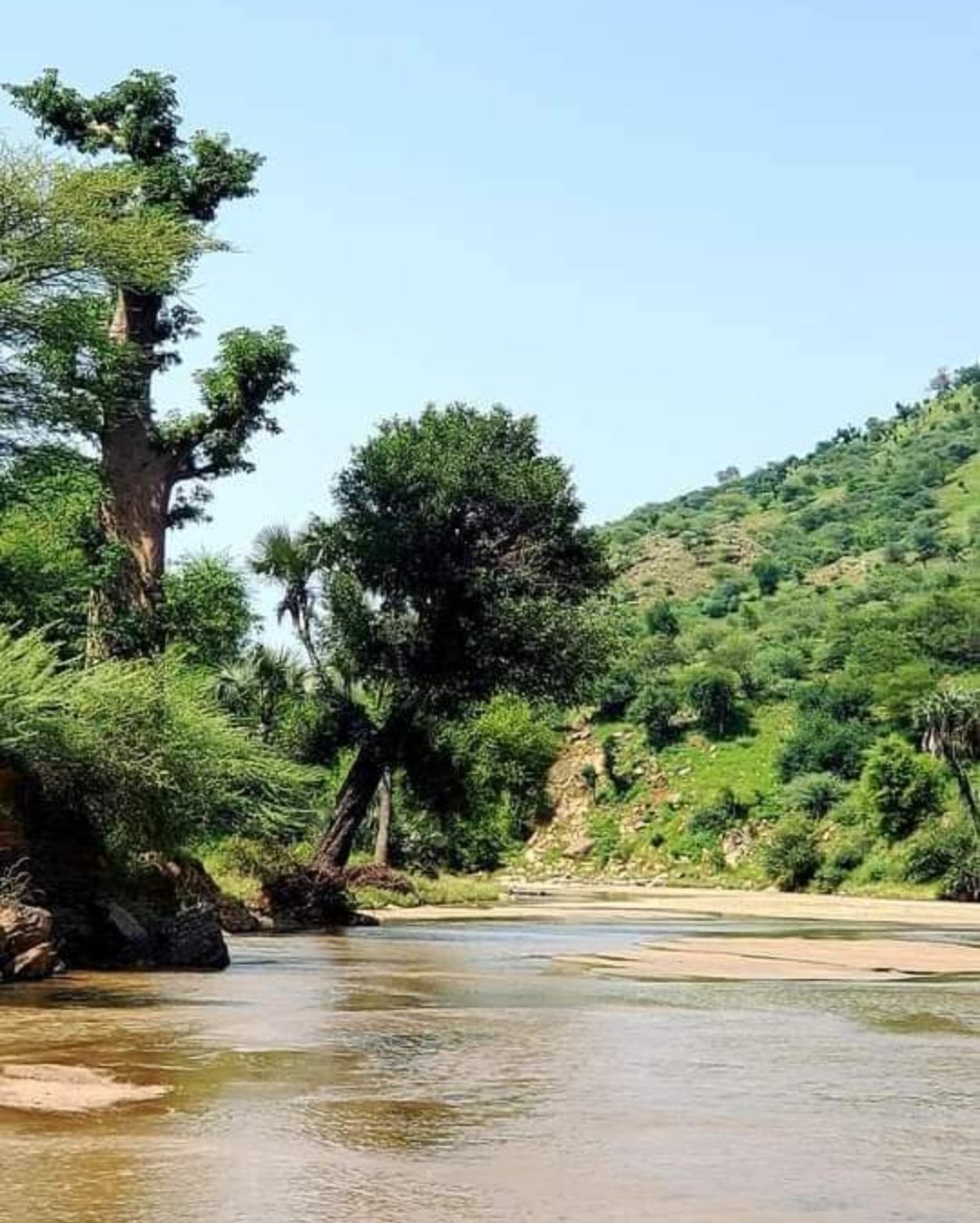 Shambuko, in Gash Barka (breadbasket of Eritrea), was a scene of war/great destruction yrs ago. Region + communities have been steadily recovering. Positive to see ongoing progress + development in many areas. Resilient as ever!
FikreJesus, PhD: @FikreJesus
Last edited by Zmeselo on 14 Sep 2021, 16:59, edited 1 time in total.
Top 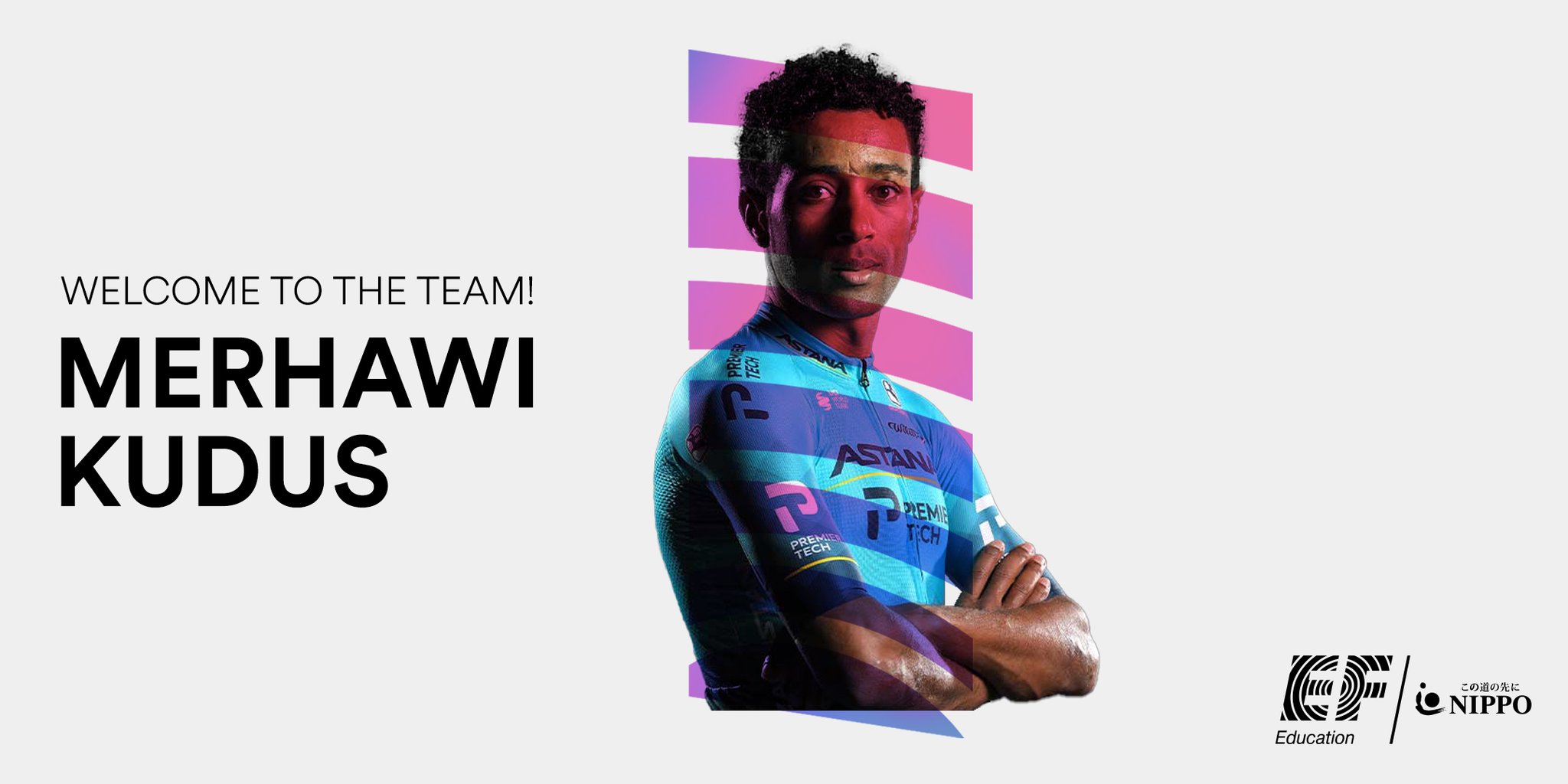 I've always seen strong teamwork within EF. This team is the right place to explore my full potential.

Explore we will, @MeraKudus. More on the 27-year-old Eritrean rider and our team's newest addition here: https://www.efprocycling.com/merhawi-ku ... m-in-2022/

Super happy, to join @EFprocycling. Looking forward to reaching/achieving new heights my career, and to make great contributions to my new team. Thank you, @AstanaPremTech!

'I can achieve more, but I cannot do it alone' says Eritrean The Eritrean climber, now 27, believes he has potential still to be tapped, and is convinced Jonathan Vaughters' American squad is the place to do it.


Here I can achieve more, but I cannot do it alone,


With teamwork you can achieve more and go further than you imagine and I have always seen strong teamwork within EF. I believe in the team’s spirit.

Kudus, 27, came through the UCI's World Cycling Centre development set-up and rode as a stagiaire with the team now known as Arkéa-Samsic in 2013 before turning professional with South African team Qhubeka-NextHash - then known as MTN-Qhubeka - in 2014.

He went on to make history as part of the team's groundbreaking appearance as the first African trade team at the Tour de France https://www.cyclingnews.com/tour-de-france/ in 2015, and spent five seasons there in total.

He moved to Astana in 2019, winning the Tour du Rwanda and placing third overall at the Tour of Turkey in his debut year before riding the Vuelta a España in 2020.

This season Kudus has placed fifth at the Tour of Turkey, eighth at the Route d'Occitanie, and second at Adriatica Ionica, as well as clinching the Eritrean time trial title.


He’s a rider I was looking at for a long time and the pieces fell together. I'm really excited to have him on the team,


He really wanted to be on this team and that’s something that really means a lot to me when somebody says ‘this is the team I want to be at because I feel like you guys are the ones that are going to take me furthest in my career.’ That's music to my ears especially when I hear that from a guy like him because he’s had to break his way into cycling the tough way.

I see him focused on mountain jerseys and stage wins. He can also do well in week-long stage races. And he’ll be great to help out guys that have GC ambitions. He’s a rider that can make that critical group of 20 to 30 riders in the mountains and be there to support.

Kudus himself has not indicated a preferred race programme for 2022, nor has the length of his contract been disclosed, but he's eyeing a return to the biggest race of all for the first time since that 2015 appearance.


I want to support the team and also ride for myself, whatever that looks like,


A stage victory in the Tour de France, that is the ultimate dream. 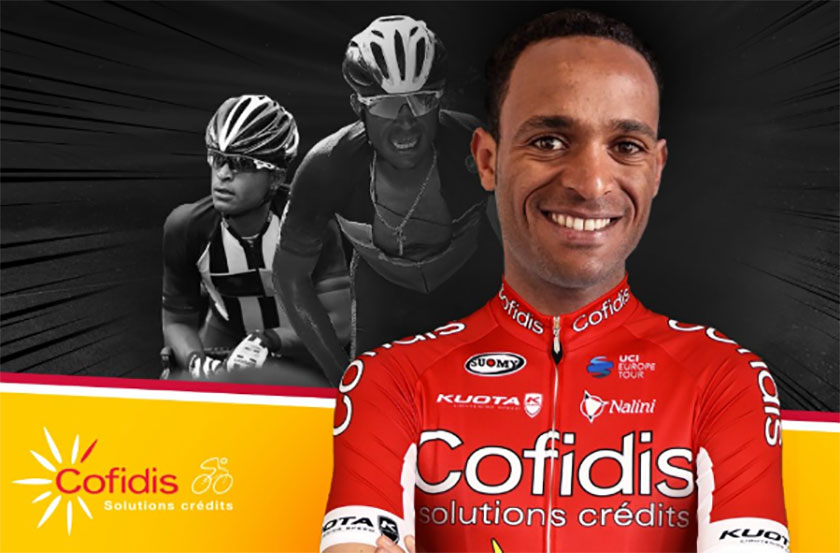 Today is the start of the SkodaTour! Winner of the general classification in 2019, Jesus Herrada will be well supported: 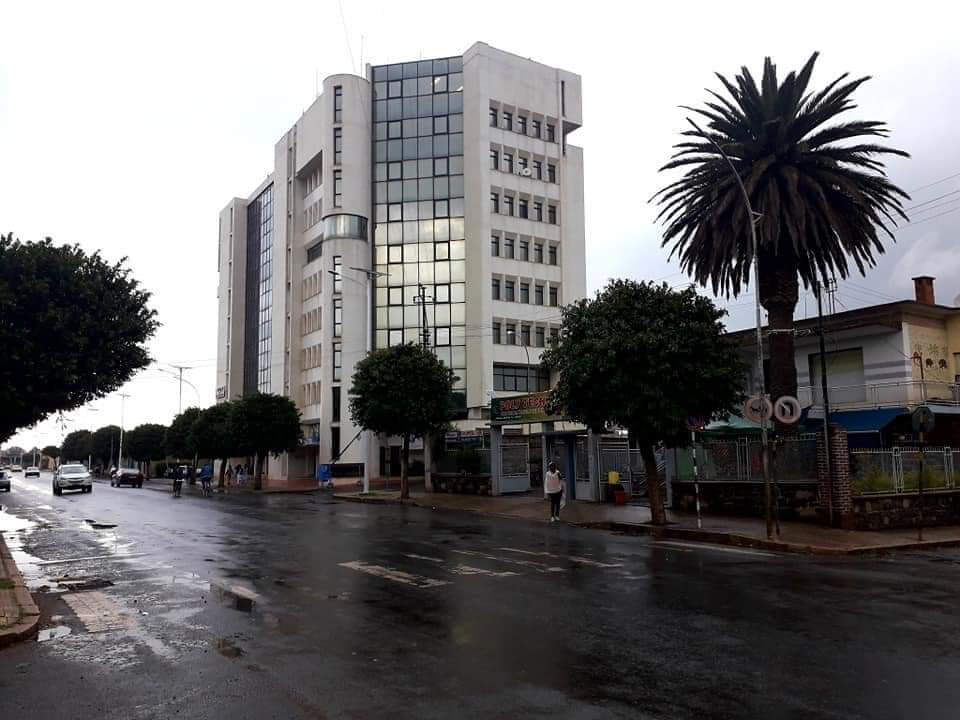 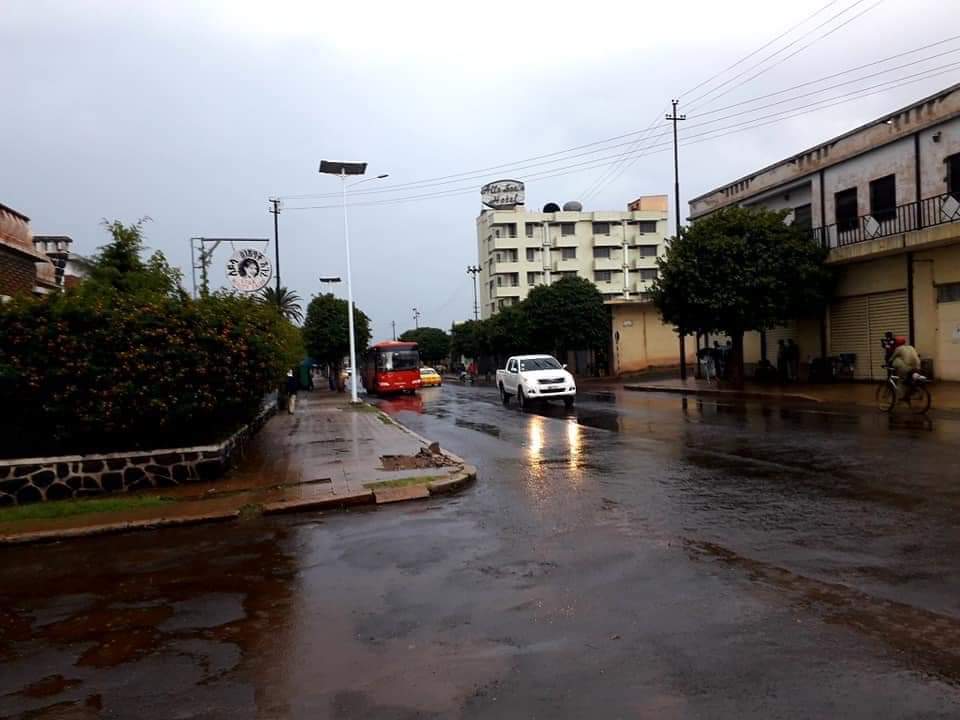 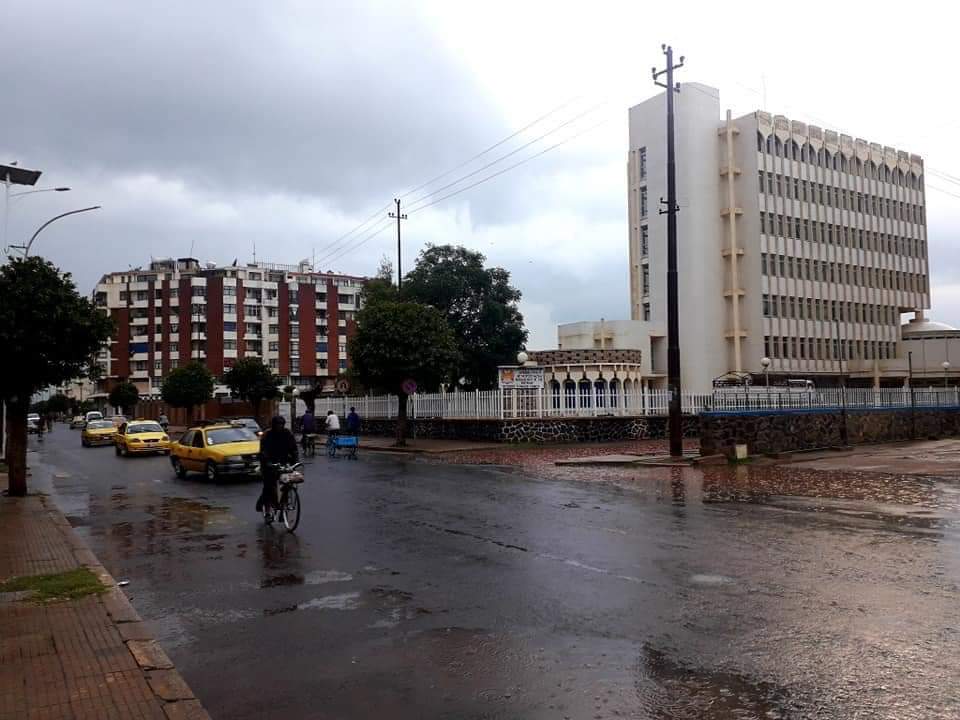 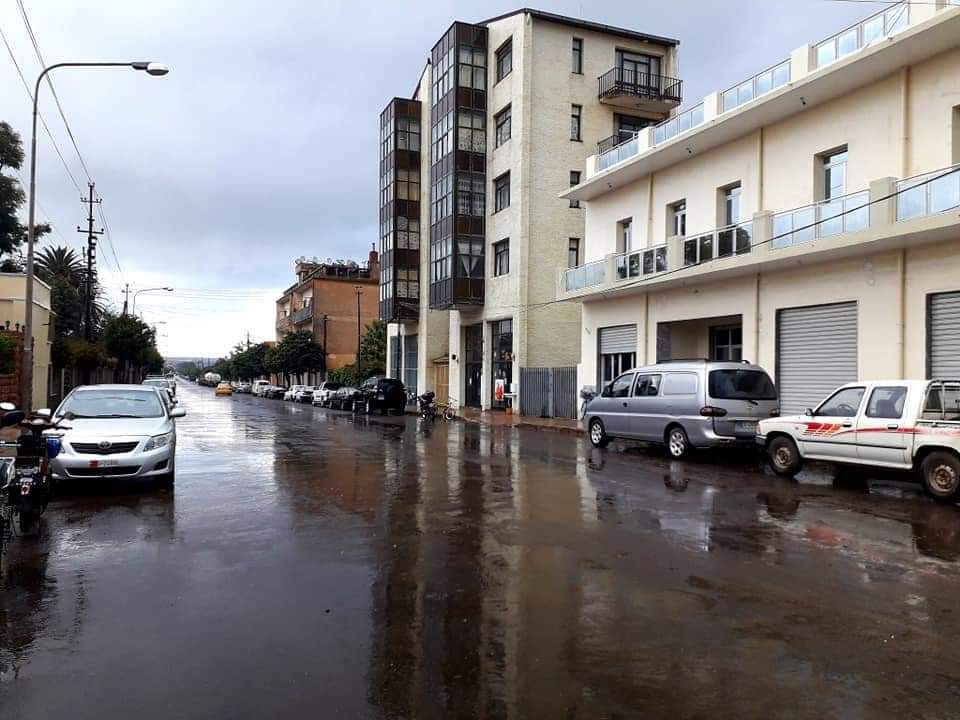 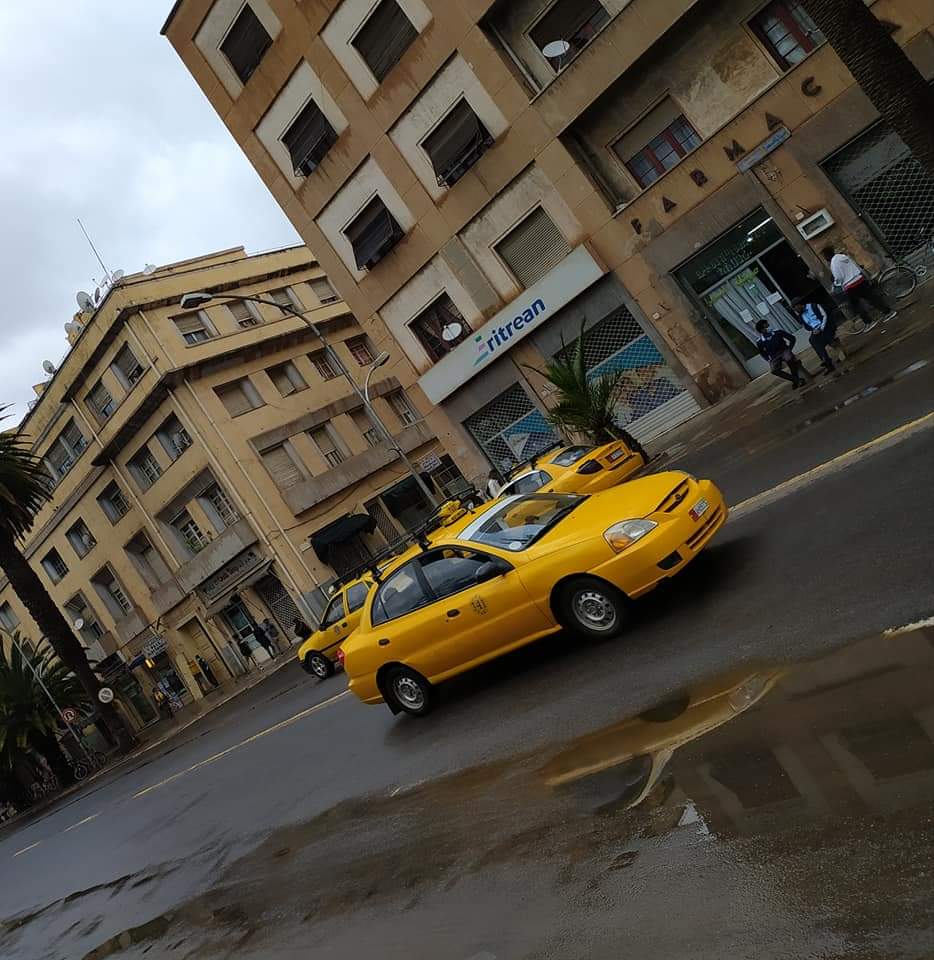 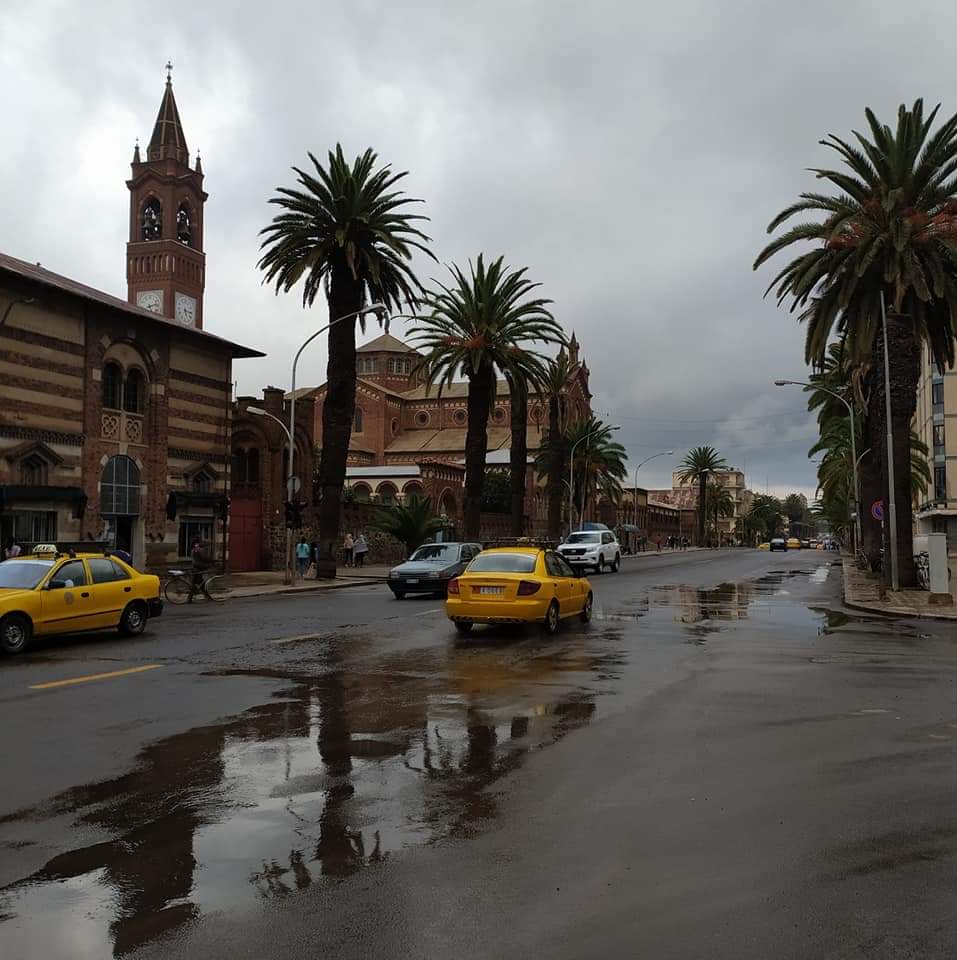 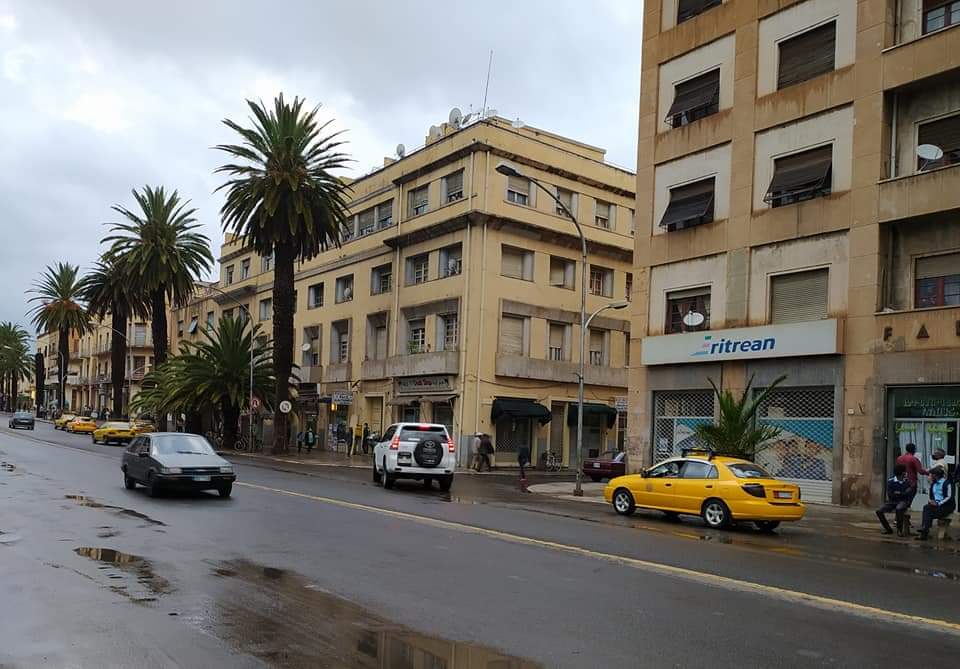 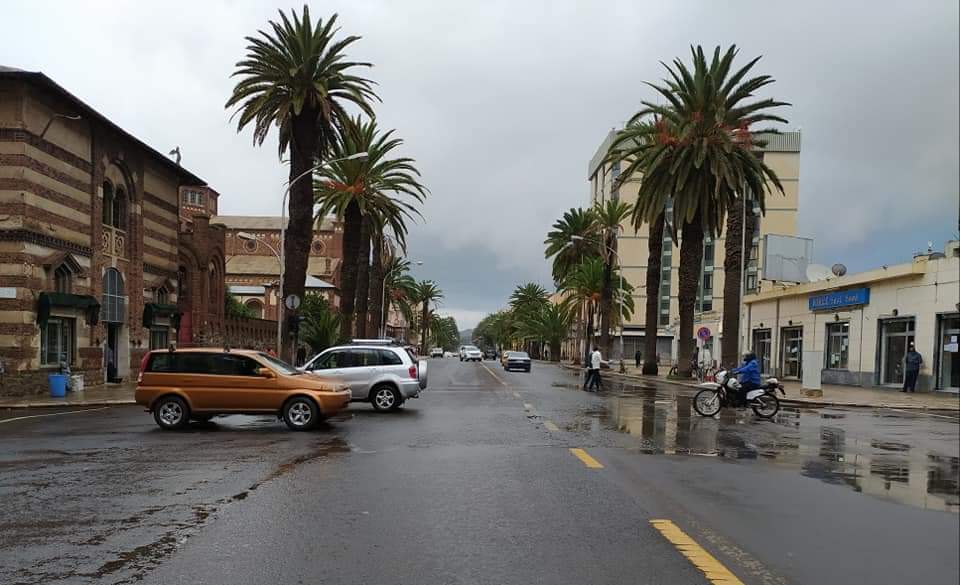 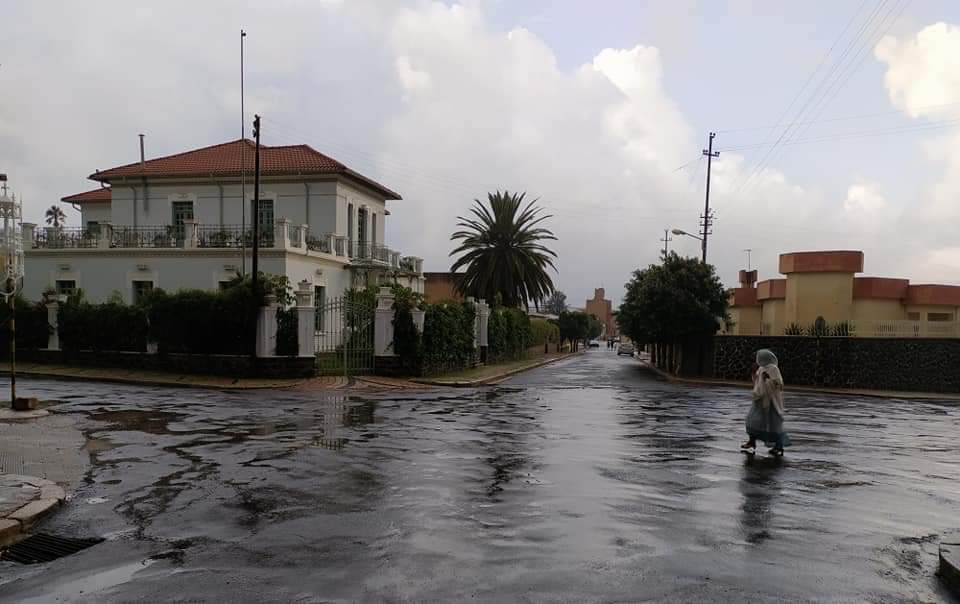 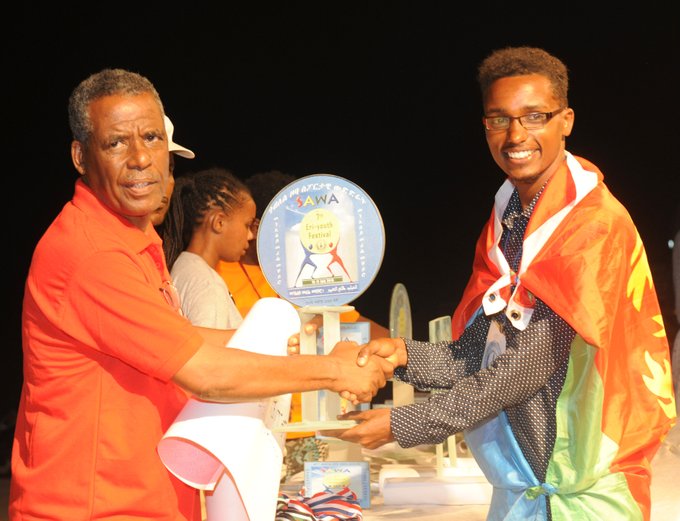 Colonel Debesay Gide: The man who oversaw the graduation of thousands of military-qualified young men, from Sawa. We are so proud of you!
mahmud frezer: @SamiKubud

Eritrea aspires to be self-reliant