: : 'A HAPPY HOUR SCENE' FROM A TOWN IN TDF'S COLONIES IN ወይጦLANDIA.

Images from a music video released in early September this year show Tigray forces handling S-75 and S-125 surface-to-air missiles (SAM) seized from Ethiopian government forces. Although captured as early as November 2020, fairly little is known about their subsequent use by Tigray forces. Still operational at the time of capture, only the defection of enough of their operators to the Tigray side could have allowed their use against the Ethiopian Air Force (ETAF). While their latest sighting did not include any of the launching systems associated with the missiles, it confirms that Tigray forces are still in control of several components of the systems. 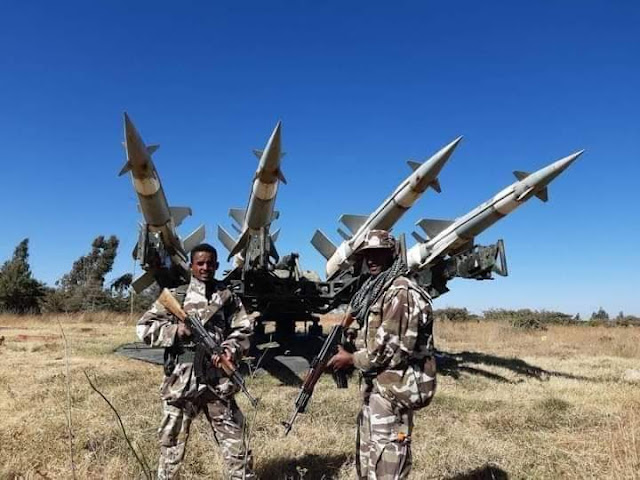 When Tigray forces began their conquest of the region, they quickly seized control of one S-75 and three S-125 SAM sites in addition to numerous radar stations. [1] Perhaps by cobbling together enough personnel from each site, it quickly sought to use both the S-75 and S-125 SAM systems against their former owners. [2] [3] None of the launches are believed to have resulted in any successful downings, and Tigray forces are believed to have achieved more success through the use of MANPADS, possibly shooting down as many as three Ethiopian Air Force aircraft and helicopters since the beginning of hostilities in November 2020. 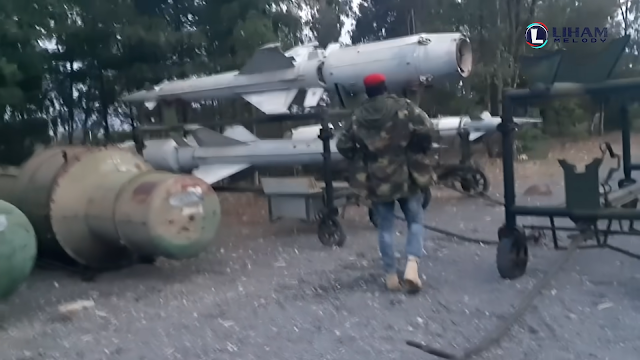 Interestingly, the Ethiopian Air Force made little to no attempt at destroying the SAM sites, perhaps indicating that it considered it unlikely that Tigray forces could reactivate them for future use. When Tigray forces did put them to use, the Ethiopian military still ignored the threat while at the same time flying transport aircraft over the region. Presenting easy targets even to the older S-75 and S-125 SAMs, it could be argued that only through sheer luck no aircraft was downed as a result.

Satellite imagery from the 15th of November 2020 indicates that the S-125 site located north of Mekelle (the capital of the Tigray Region) was almost immediately used following its capture by Tigray forces. [4] At least four missiles were fired off against Ethiopian Air Force aircraft flying in the area, apparently with little success as no downings related to these launches were reported by either side. 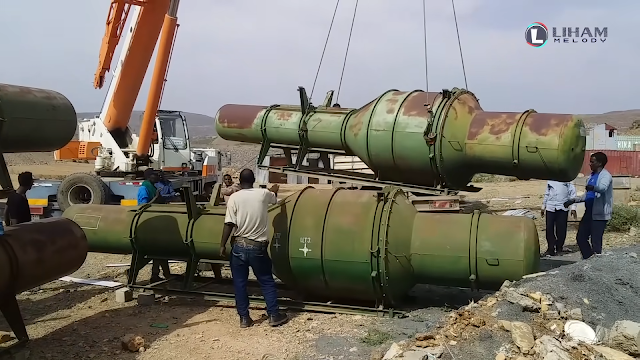 While attempts at shooting down Ethiopian Air Force aircraft appear to have been entirely unsuccessful, the use of surface-to-air missiles by rebel groups represents a severely escalated threat that one day might result in a successful shoot down. More surprises are certain to await in Tigray as the conflict continues to develop in unpredictable ways.

: : " A HAPPY-HOURS SCENE" OF TODAY FROM A TDF-CONTROLED WEIXO TOWN NEAR GONDAR ... WHICH TOWN?? ... WEIXOS ON ER COULD TELL US BY EXAMINING THEIR ACCENT ..

yaballo u r still here? i thought u were dead.

. Ur cursed-land-tigray aka terrorist-tplf can't even find food and here u r bragging about useless missile. What z fkkk is wrong with u? Stop smoking that expired ganja dude. Don't cry and tell biden on me and say. Biden UUUUUUYYYYY. Here is ur donkey missile. 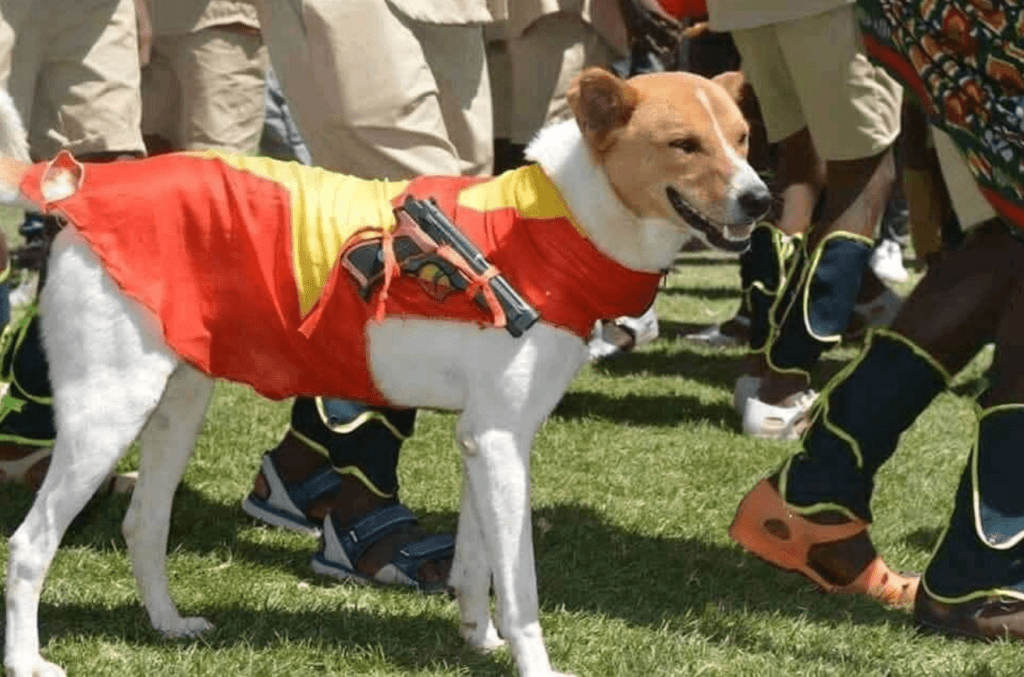 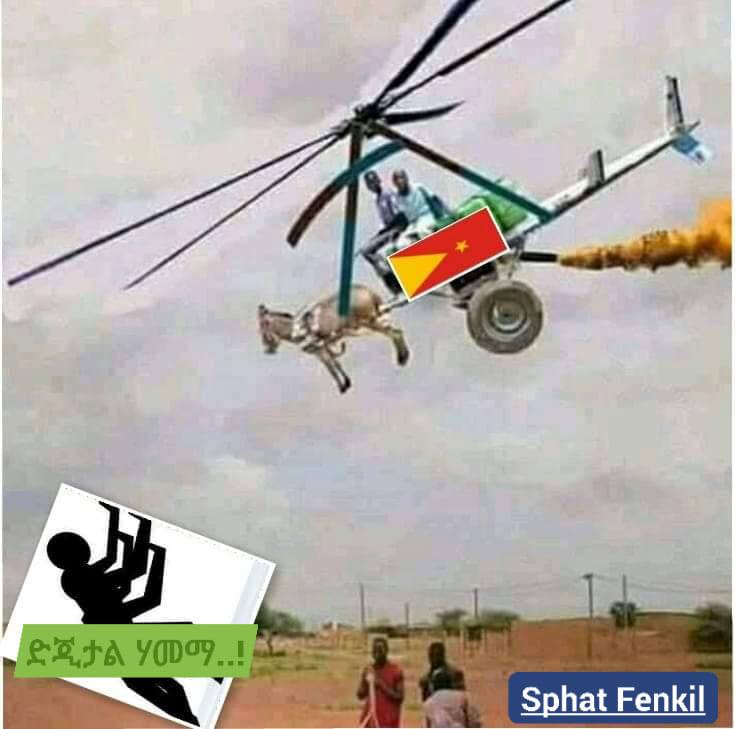 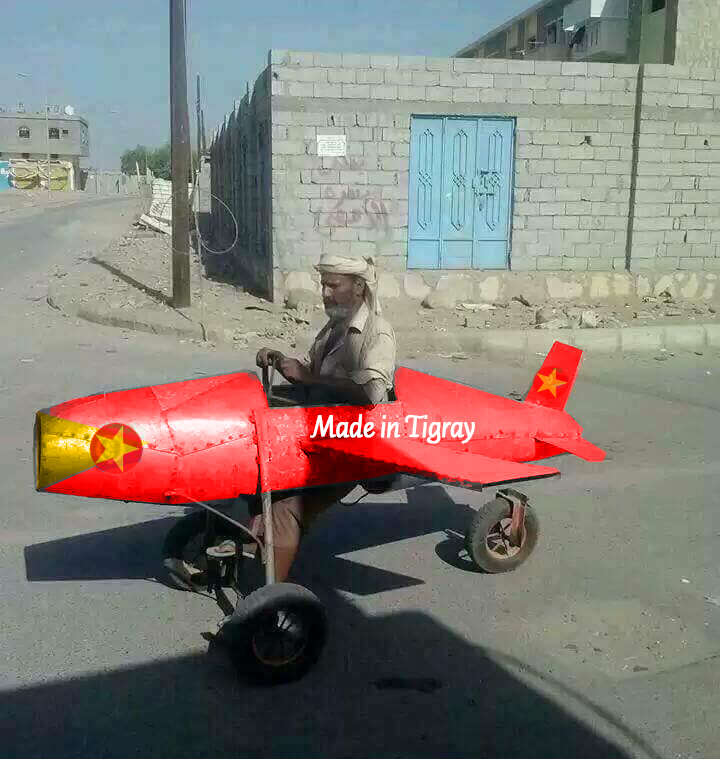 . Ur cursed-land-tigray aka terrorist-tplf can't even find food and here u r bragging about useless missile. What z fkkk is wrong with u? Stop smoking that expired ganja dude. Don't cry and tell biden on me and say. Biden UUUUUUYYYYY. Here is ur donkey missile.


VIDEO: WEIXOS SMASHING THE LIFELESS BODY OF A GUMUZ YOUTH & CELEBRATING ... HOW "BRAVE" ARE THESE UGLY MONKEYS??!!