What goes around comes around

Tigrayans deserve everything that is happening to them because what they did to Somalis is unforgivable and unforgettable. 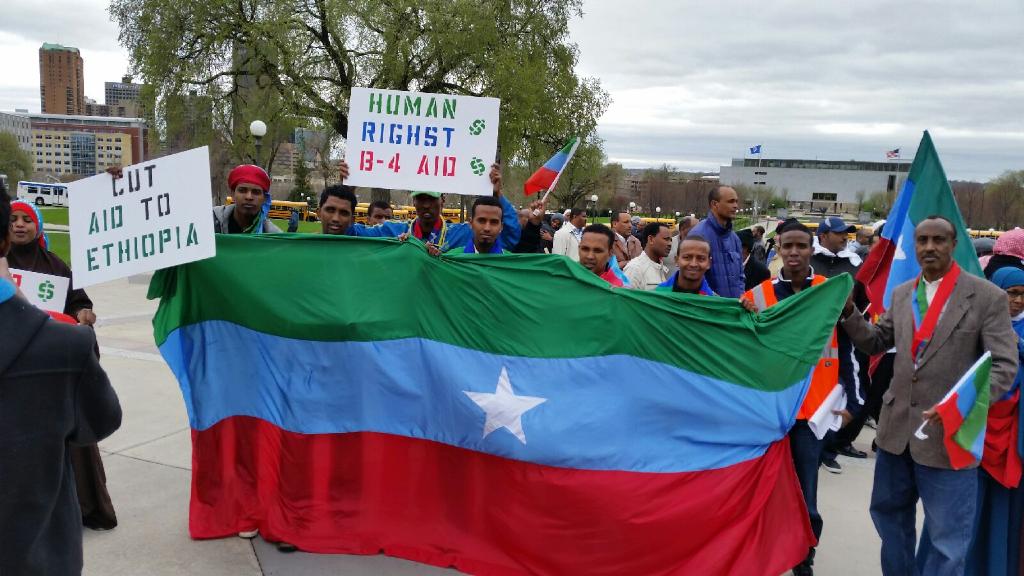 And now they are pretending to be Somalis like this mentally ill criminal mother fckr.


Until now Ethiopia is been rather too soft on the separatists. There should be complete extermination and Ethiopia should solidify its rule over its territory always at all cost.

My suggestion is that we live in a modern world full of various technologies including spyware, drones and of course DNA. Until now, no known nation has utilized the technology of DNA to fight enemies.

So here is my plan.

We will set up a huge military DNA database and every rebel/enemy killed belonging to Somali separatists will be taken into the lab where his DNA is extracted. We then send 'medical staff' in the concerned region to collect blood samples for "disease control"...but instead of disease control we will use their DNA to match the rebels.

All relatives of the rebel(s) killed will be found and then we just either arrest them, torture them to death or deport them.

The Government should definitely start collecting DNA samples of all killed enemies belonging to separatists then we should go to Somali villages to screen and find their relatives who are often their main source.

We can monitor them or simply take them in.

No one will then join rebels in fear for their families. Problem solved.

Hawdian wrote: ↑
31 Oct 2013, 17:22
Thousands if not millions of Ethiopians get paid high wages to come up with ideas and measures on how to quell secessionists. One of the current measure it uses is the isolation policy on parts of Ogaden regions but this measure is counter productive.

If we can start collecting DNA samples of killed enemies, we can develop nice graph/map of where they are from by tracing all their relatives. Instead of putting 50,000 troops in Ogaden, we can put 5,000 in the town which most of this DNA comes from.

Furthermore, we can deploy DNA recognition technology at airports, check-points and all custom borders. Let's say ONLF fighters want to enter Ethiopia to carry out attacks, we can just screen them through the DNA machine (for sure new technology will come that works with X-ray machines). If the person entering already has/had an ONLF militant killed and we had his/her DNA in the system, we can right away pick up that person and question them.

Furthermore, we can collect DNA from their camps (rebels always leave behind cigarette [deleted], can food, etc).

Ethiopia is not changed through PM, rebels nor MPs-----it also needs thinkers and people with forward solutions.

Every PM and MP of parliament has a thinker behind him/her.

That's what you don't get. I'm setting up my own think tank in Ethiopia.

I am "Hawdian" natural anthropologist. 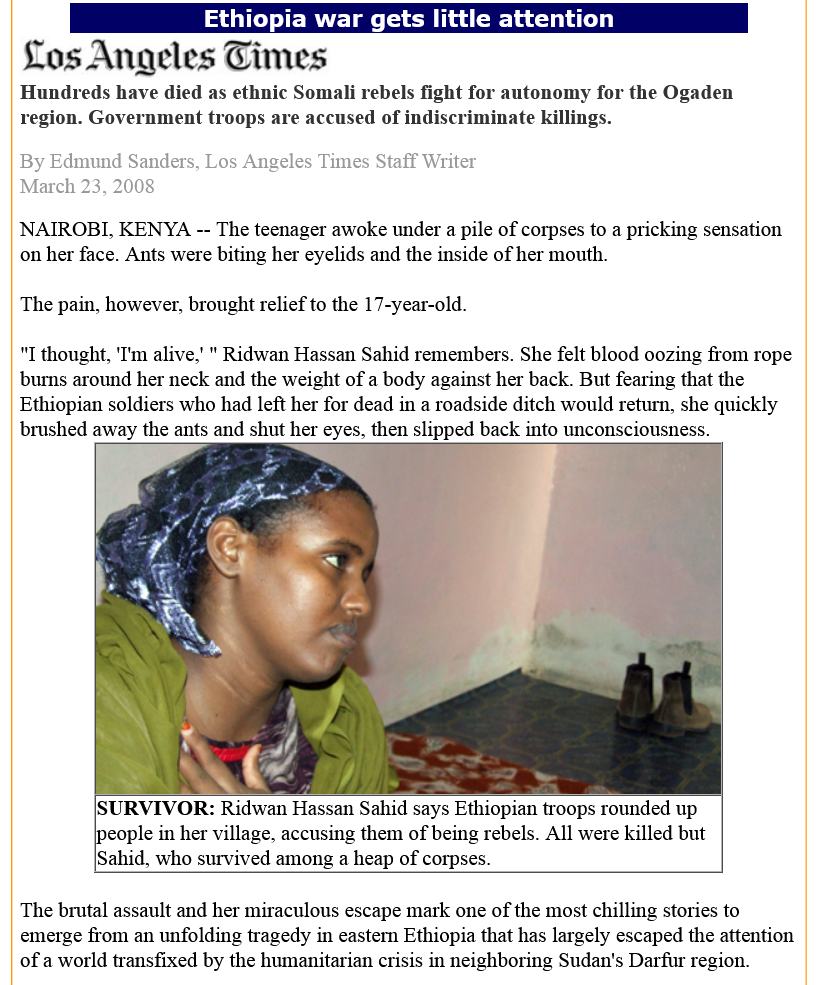 Ethiopia is regularly cited as an African success story by donor nations; the economy is growing they cry, more children are attending school and health care is improving. Well GDP figures and millennium development statistics reveal only a tiny fraction of the corrupt and violent picture.

What development there is depends, the Oakland Institute relate, on “state force and the denial of human and civil rights”; the country remains 173rd out of 187 countries in the UN Human Development Index and around 40% of the population live below the extremely low poverty line of $1.25 a day, – the World Bank worldwide poverty line is $2 a day.

The ruling party, the EPRDF, uses violence and fear to suppress the people and governs in a highly centralised manner. Human rights are ignored and a methodology of murder, false imprisonment, torture and rape is followed.

The ethnic Somali population of the Ogaden, in the southeast part of the country, has been the victim of extreme government brutality since 1992. It is a familiar story of a region with a strong identity seeking autonomy from central government, and the regime denying them that democratic right.

In 2013 and again in 2014 I visited Dadaab refugee camp in Kenya and met a number of people who had fled state persecution in the Ogaden. Men and women told of false imprisonment, murder and torture. All the women I spoke with relayed accounts of multiple rape, and sexual abuse; defected military men confessed to carrying out such appalling crimes.

We filmed the meetings and put together a short documentary, Ogaden: Ethiopia’s Hidden Shame. Most people have never heard of the region and know nothing of what is happening there.

The purpose of the film is to raise awareness, of what human rights groups describe as a genocidal campaign, and to put pressure on the primary donors – America, Britain and the European Union. Countries that collectively give around half of Ethiopia’s federal budget in various aid packages, and whose neglect and indifference amounts to complicity.

Although I hate to see innocent civilians, from any ethnicity, pay for the crimes of their ''leaders,'' there's no doubt that the situation in Tigray can mostly be blamed on the TPLF. They brought this on themselves and their people, by committing crimes all over Ethiopia and even in Somalia, and Eritrea. They made enemies everywhere, then wondered why this happened? Really?
Top

Tigrayans are classic example of very low intelligence Black African, Even though they are ethnic minority, they thought they will rule Ethiopia,a country with more than 110 million people uninterrupted for the next one hundred years.


Somalis and Oromo crying for help in the streets of Minnesota and London, Amhara were unhelpful, In fact, they were cheerleaders for TPLF. 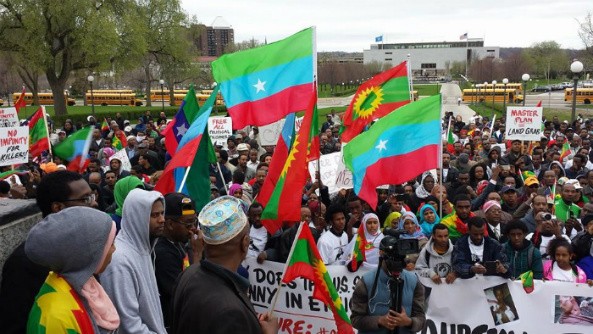 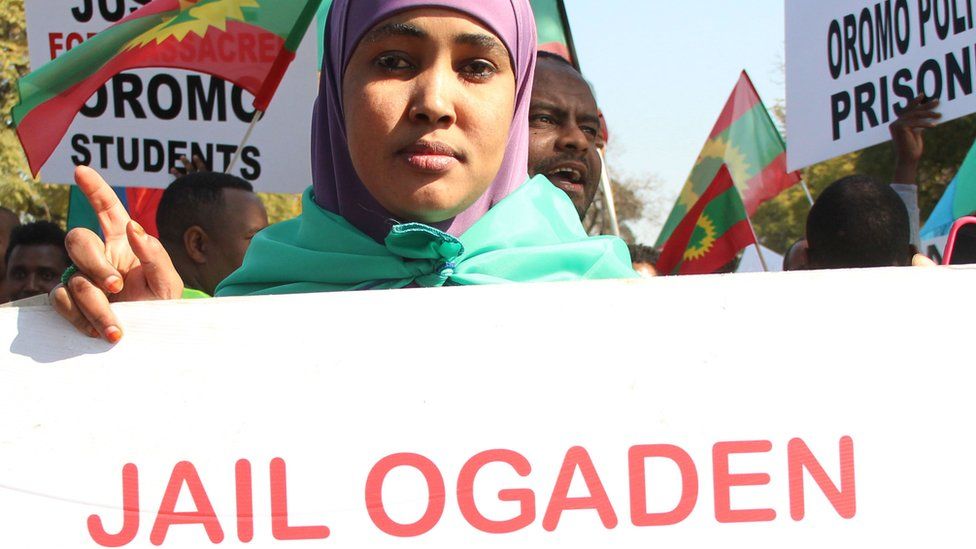 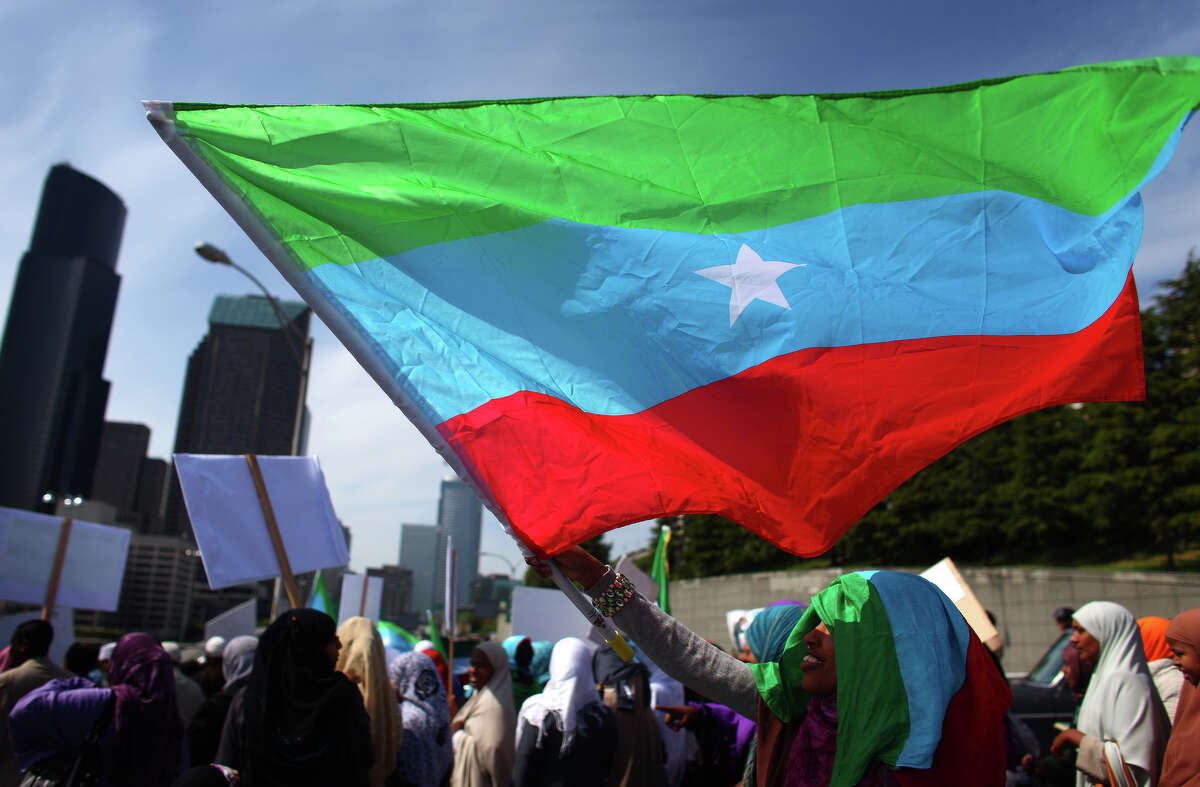 Amhara is the root cause of all the fundamental ills in Ethiopia.

TPLF made a mistake by taking lessons from Amhara.
Top

Today marks 100 days since the Ethiopian government imposed a blockade on all humanitarian assistance to its northern region of Tigray.

Let's all be reminded that what is happening to Tigrayans is what they did to Somalis!!!


Ethiopia Tigray Is Said to Block Food to Rebel Region

NAIROBI, Kenya – The Ethiopian government The Tigrayans government is blockading emergency food aid and choking off trade to large parts of a remote region in the eastern part of the country that is home to a rebel force, putting hundreds of thousands of people at risk of starvation, Western diplomats and humanitarian officials say.

The Ethiopian military and its proxy militias have also been siphoning off millions of dollars in international food aid and using a U.N. polio eradication program to funnel money to their fighters, according to humanitarian officials, former Ethiopian government administrators and a member of the Ethiopian parliament who defected to Germany last month to protest the government’s actions.

The blockade takes aim at the heart of the Ogaden region, a vast desert on the Somali border where the government is struggling against a growing rebellion and where government soldiers have been accused by human rights groups of widespread brutality.

Humanitarian officials say the ban on aid convoys and commercial traffic, intended to squeeze the rebels and dry up their bases of support, has sent food prices skyrocketing and disrupted trade routes, preventing the nomads who live there from selling their livestock. Hundreds of thousands of people are now sealed off in a desiccated, unforgiving landscape that is difficult to survive in even in the best of times.

“Food cannot get in,” said Mohammed Diab, the director of the U.N. World Food Program in Ethiopia.

The Ethiopian government says the blockade covers only strategic locations, and is meant to prevent guns and other supplies from reaching the Ogaden National Liberation Front, the rebel force that the government considers a terrorist group. In April, the rebels killed more than 60 Ethiopian guards and Chinese workers at a Chinese-run oil field in the Ogaden.

But Western diplomats have been urging Ethiopian officials to lift the blockade, arguing that the many people in the area are running out of time. “It’s a starve-out-the-population strategy,” said one Western humanitarian official, who did not want to be quoted by name because he feared reprisals against aid workers. “If something isn’t done on the diplomatic front soon, we’re going to have a government-caused famine on our hands.”

The blockade, which involves soldiers and military trucks cutting off the few roads into the central Ogaden, comes as Congress is increasingly concerned about Ethiopia’s human rights record. Ethiopia is a close American ally and a key partner in America’s counterterrorism efforts in the Horn of Africa, a region that has become a breeding ground for Islamic militants, many of whom have threatened to wage a holy war against Ethiopia.

The country receives nearly half a billion dollars in American aid each year, but this week, a House subcommittee passed a bill that would put strict conditions on some of that aid and ban Ethiopian officials linked to rights abuses from entering the United States. The House also recently passed an amendment, sponsored by J. Randy Forbes, R-Va., that stripped Ethiopia of $3 million in assistance to “send a strong message that if they don’t wake up and pay attention, more money will be cut,” Forbes said.

Ethiopia’s decision on Friday to pardon 30 political prisoners who had been sentenced to life in prison could ease some criticism. But Sen. Patrick J. Leahy, D-Vt., is pushing ahead with measures to more closely scrutinize assistance to the Ethiopian military. According to human rights groups and firsthand accounts, government troops have gang-raped women, burned down huts and killed civilians.

U.S. officials in Ethiopia said they were trying to investigate the situation but that the Ogaden was too dangerous for a fact-finding mission. They said they have heard persistent reports of burned villages and that the blockade was putting the area on the cusp of a crisis.

Villagers say anyone who criticizes the government risks getting killed. According to Ogaden Online, a Canadian-based news service that covers the Ogaden through a network of reporters and contributors, some equipped with satellite phones, four young men who were videotaped by the New York Times at a community meeting in an Ogaden village in May were later tortured and executed.

“The army is out of control,” said Jemal Dirie Kalif, the member of parliament who defected.
The blockade has been in place since early June, and thousands of people have already fled on foot and by camel.

It is really funny to read these incongruous wingless tribal opinions fly. If someone makes a play out of it, it would be one theatrical piece of art. The weyane cheerleader, Abysinanlady , seemed to get a cold shower ,wildly awaken from her slumber and started to feel the pain of Ethiopians including the Somalis who had been forced to sleep with hyenas. Then comes the 100 day blocked of Tigrians , just to tickle the snail thinking, how is possible to deliver food while weyanes keep more than 400 of em out of 470 tracks to transport the teenagers they are sending to a sure death.. The other weyane bozz comes out to say, after all, it is the Amharas who made them do the crimes and the loots and the killings weyanes have done. Who else to blem for all of these but the phantom Amharas. Guys get a hold of yourself --- treat others as you wanted to be treated, all problem solved.
Top

Well-said Abyss.lady !!!! Indeed what goes around comes around.
Top
Locked
8 posts • Page 1 of 1