The violence began after Israeli forces stormed the Al-Aqsa Mosque compound on Monday for a third consecutive day, firing rubber-coated steel bullets, stun grenades and tear gas at Palestinian worshippers inside Islam’s third holiest site in the final days of the holy month of Ramadan.

KEEP READING
Occupied East Jerusalem: Forced expulsions and raids on Al-Aqsa
Netanyahu: Israel ‘rejects’ pressure not to build in Jerusalem
US expresses concern as Israeli police crack down in Jerusalem
Responding to the crackdown, Hamas, the group that controls the Gaza strip, issued an ultimatum, saying Israel had until 6pm (15:00 GMT) to withdraw its forces from Al-Aqsa Mosque.

“Israeli violations in Jerusalem, and the government’s tolerance of Jewish extremists hostile to Palestinians and Arabs, is what led to the ignition of the situation in this dangerous way,” Arab League chief Ahmed Aboul Gheit said in a statement.

The attacks in Gaza were a “miserable show of force at the expense of children’s blood”, he said, adding that “Israeli provocations” were an affront to Muslims on the eve of the Eid holiday at the end of the holy month of Ramadan.

Smoke billows from Israeli air strikes in Gaza City [Anas Baba/AFP]
Arab League foreign ministers held a virtual emergency meeting on Tuesday to discuss the situation in Jerusalem.
The meeting would reaffirm the centrality of the Palestinian issue for Arab states and solidarity with Palestinians in Jerusalem, a statement said.

In light of events in Jerusalem, Egypt declared its “total rejection and condemnation of these oppressive Israeli practices,” Foreign Minister Sameh Shoukry told the League.

Shoukry said Cairo reached out to Israel in an attempt to calm tensions but was met with indifference.

“In the last few days, Egypt extensively reached out to Israel and other concerned countries urging them to exert all possible efforts to prevent the deterioration of the situation in Jerusalem,” said Shoukry. “But we did not get the necessary response.”

Separately, the head of the Organisation of Islamic Cooperation (OIC), which held an emergency meeting in Jeddah, “praised the steadfastness of the Palestinian people stationed in the occupied city of Jerusalem and their response to the Israeli attacks on the holy sites”, Saudi state news agency SPA reported.

“The Israeli government must finally understand that it will not be able to suppress the Palestinian people’s legitimate rights and demands by using indiscriminate and disproportionate power,” the Turkish foreign ministry said.

The Gaza health ministry said at least 28 Palestinians, including 10 children, had been killed. Israel disputed that account, saying it had killed at least 20 Hamas fighters and that a third of the hundreds of rockets launched by Hamas had fallen short, causing Palestinian civilian casualties. 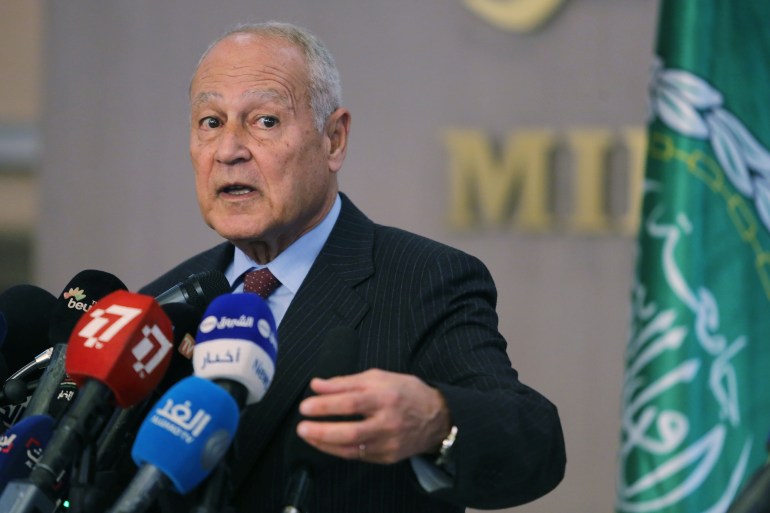 These toothless Arabs are just barking for public consumption.
Top

This is for Mohamed jebel and Abobaker. what does this Islam did to defined Ethiopia ? in Ethiopian history nothing but they want to claim the land that is protected by Christian blood. Israel is not like Addis Ababa where you claim every Christian holly to mess with chat and old news paper. Yes, you can protest and say what ever you want to say. However, if yo raise your hand against any Israel they obliterates you like this.

Everything, has legal process and also yo can use civil dis obedience but violence will bring more violence's like now soo you should refrain and save your familly. I do not like Israel's policy but some time they have to do what they have to do in order to protect their civilians.

when we come to Addis the unelected actually publicly condemned and hated mayor forced up on Addis people by Abyie, Gala Adanech Abebe is member of the oromuma first and Islam second movement lead by Haji obo lemma Megersa. Abdujalil Mohamod jebel, jawar.

When she was so called prosecutor she said she need three more days to bring jawar to justice for his crime and others instead now he has more freedom than before . he get out in the night and met with who ever he wants with the order of Muferiat kemal another member of the infringed Islamic group Oroslam. Their main agenda is to interpret the holly Quran in to Qubee and add the Irecha and Geda theory in the new Quran and create Oroslam republic. which is for Oromo first and Islam second laced with Oromo cult. my question is how many kind of Islamic variant are we going to have in Ethiopia?
Top

Israel is not like Addis Ababa where you claim every Christian holly place to mess them with chat and old news paper. Yes, you can protest and say what ever you want to say. However, if yo raise your hand against any Israel they obliterates you like this.
Top
Post Reply
4 posts • Page 1 of 1