Since January, 2021 I have observed between 55-60 UFOs over the skies of Addis. I did a simple research online and found only 1 UFO incident in Ethiopia (in Eritrea actually during the Imperial Era). Specifically, I have observed them descending on OLD AIRPORT, flying over ECA, OAU and the two palaces. I shared this to preserve it as history and also to inform people in government these sightings. One of the surprising thing I observed is the fact that they can stop on air and they can disappear and reappear.

Sounds crazy but it is true and this is for the record.

There are two incidents based on online research:

The second case is a reported UFO abduction allied by Afud in Sor Woreda, Illubabor during 1990 (It was reported by local news and Sor Hydro electric power generation workers)
Top

I hope people in either civil aviation, or defense or intelligence see this:

Yesterday 28/5/2021 at evening 2:27, 2:28 and 2: 30 local hour I have observed three UFOs flying over Tor Hailoch/Army Aviation/Old Air Port consecutively while a fourth UFO hoovering/standing still near the junction to Augusta garment. I have been observing these UFOs in the past five months however these flyover Old Airport is the most significant notice to authorities in Ethiopia. Ears on the ground! Dis these reported? Please pass these messages to relevant Authorities in Ethiopia to avoid confusion.
Top

UFO sightings from around the world
Preliminary research for Witness
https://www.artangel.org.uk/witness/ufo ... und-world/
Top

With the defense department and intelligence agencies due to deliver a much-anticipated official report on mysterious aerial sightings next month, 60 Minutes interviewed a number of credible witnesses, including a former navy pilot who said he had seen unidentified aerial phenomena – the government’s preferred term – “every day for at least a couple years”. https://www.theguardian.com/world/2021/ ... ica-aliens (This give me rest as I am observing them every day since January...It is not a joke, nor a hoax, nor a sign of mental instability, nor an attempt to drum up local tourism by drawing the curious, I am seeing them and lots of them everyday folks...
Top

Former Israeli space security chief says extraterrestrials exist, and Trump knows about it
A "galactic federation" has been waiting for humans to "reach a stage where we will understand... what space and spaceships are," Haim Eshed said.

Yesterday in a broad sunlight around 6:30 PM local time I have observed a UFO hoovering over Tegbared school. Hundreds were around but no one paid attention. Again during night I have observed another UFO flying from ECA side to Jubilee palace. The day before yesterday I have witnessed to flights from ECA to Jublee palace. Both flights were on a level of 12 story building. I am hoping people in government are paying attention including preparing a taskforce to investigate on UFO issues (it is long overdue in fact)....

Meanwhile in the news NY times reported this today:


Unidentified flying objects, or unidentified aerial phenomena as the government calls them, have been taken more seriously by U.S. officials in recent years, starting in 2007 with a small, secretly funded program that investigated reports of military encounters.

The program, whose existence was first reported by The New York Times in December 2017, was revived by the Defense Department last summer as the Unidentified Aerial Phenomena Task Force. The department said the task force’s mission was to “detect, analyze and catalog” sightings of strange objects in the sky “that could potentially pose a threat to U.S. national security.” Service members were newly encouraged to speak up if they saw something, with the idea being that removing the stigma behind reporting something weird would provide authorities with a better idea of what’s out there.

“There are a lot more sightings than have been made public,” John Ratcliffe, the former director of national intelligence, told Fox News in March. Quite a few of them, he said, “are difficult to explain.” https://www.nytimes.com/2021/06/03/us/ufos-report.html
Top

Today early at dawn to be specific at 4:40 am local hour I have observed and witnessed a UFO first flying from Kazanchis to where Zemen bank HQ is, then suddenly it stopped/hovered at Zemen bank and changed it direction 45 degrees and flyed over Hilton hotel and continued to Menilik Palace....

Meanwhile today in the news NYT has this:
U.S. Finds No Evidence of Alien Technology in Flying Objects, but Can’t Rule It Out, Either
https://www.nytimes.com/2021/06/03/us/p ... tagon.html
Top

This evening at 1:53, 1:56, 1:58 and 2:01 local time I have observed 4 UFOs flying over old Airport/Tor Hailoch. I was travelling from Ayer Tena to my home and I have to change Taxi at tor hayloch. After watching the air I was about to travel when the first UFO fly over Tor hayloch coming exactly from around Augusta. It was low fly (perhaps the length of two trees). curiously, it was lighting a complete street light of light until it reached the premises of tor Hayloch. The moment it reached the premises it switched of the bright light and started to beam red and white light alternatively (like all airplanes that beam red and green on their side).

then, two UFOs appeared on the horizon from Augusta side at 1:56. While one of the UFOs start flying two Tor Hayloch with a very very low speed for airplane (to be exact around 60km/hr)...the second Hovered around Augusta constantly beaming a white light (street light type). The first took it 2 minute flying from around augusta to Tor Hayloch. Actually it was flying very very very slowly once within the premises of Tor hayloch/old airport. next at 1:58 the third flyed to tor hayloch with similar slow speed. Then while the third was flying a fourth UFO appeared around Augusta with a very small light. Then, the fourth light started to be brighter and brighter. At 2;01 it started to fly towards the premises of Army aviation/old airport. All four first had a single bright light. as they approached to Old Airport they had switched of the bright light to a an alternate beam of re and white. All were flying very low.

I was observing these everyday but the Old Airport flights are deliberate.

I hope this is picked up with the right government officials in Ethiopia.
Top

They are confusing surveillance aircrafts with UFOs 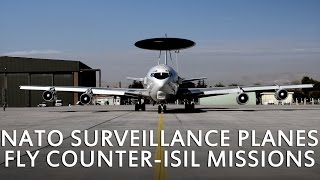