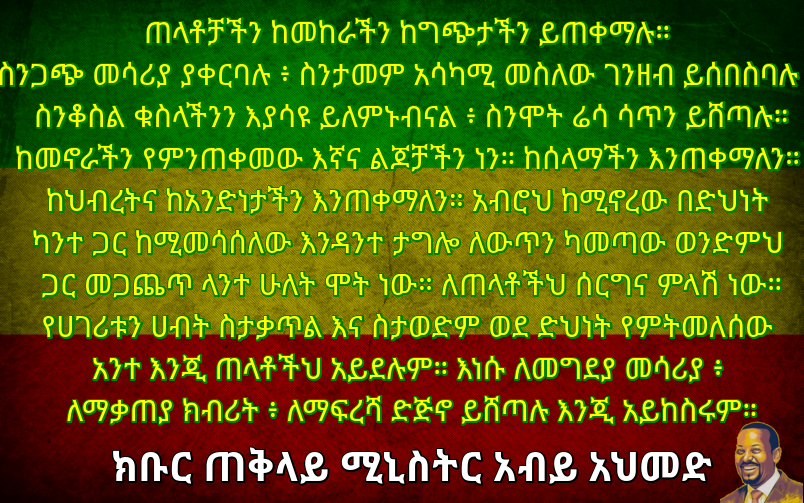 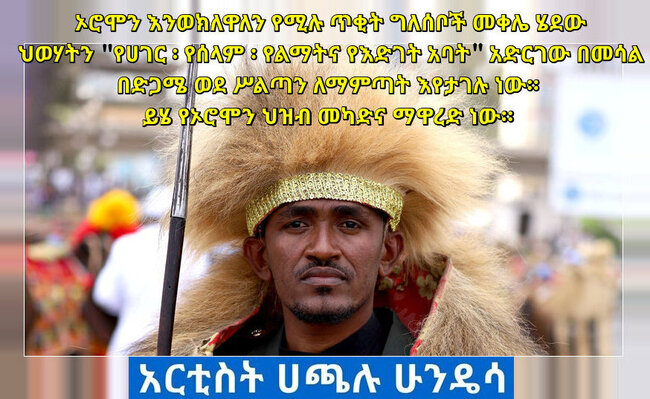 Dr. Berhanu Nega, the Chairman of Ginbot 7 (G7) Ethiopian opposition group, has disclosed in his own words that he received half a million Dollar from the Egyptian government to help run his exiled political party and reinforce the increasingly influential satellite television program ESAT.


According to the audio, Nega and his three associates went to Egypt and hold a full one day discussion with the deputy of a certain official before approving the half a million dollar based on previous agreements and the party’s budgetary request for the next 6 month agenda work. Accordingly, an agreement has also been reached to re-route the first $200,000 through Dubai and the other two installments of each $150,000 via London and Amsterdam.

Dr. Berhanu also disclosed that, out of the total fund, $200,000 will be used for military and intelligence activities, another $200,000 in the development of the Amsterdam-based opposition TV channel, the Ethiopian Satellite Television (EAST) and the remaining $100,000 to facilitate diplomacy works as well as some peaceful activities within Ethiopia.

Is the most useless media instead of promoting Amhara arming they talk about useless selamawi self there goals are so useless anyone who protest for them especially in Addis can easily get arrested killed it’s all a trap. Peace does not work this is why I call ethio360 and nama fandia they are not a threat to anyone and why do they have soft heart for agame?

We will be nice to NaMa let them run in the dirty election if they lose then their party can be thrown out the window Amhara needs a Fano party
Last edited by Noble Amhara on 06 May 2021, 13:59, edited 1 time in total.
Top

I could not believe, Unfathomable that, that Ermias said he preferred Debre-porno to be Ethiopian head of state ? Are you kidding me ? Wow !!! this really indicates that the [deleted]'cker was on the Junta's payroll simply put.
What a sell out ! this bast'ard had a fighting word to the Agames day in and day out and to hear he saying this , mannnnn it just blows my mind. I am lost for words for this Stone head a$$hole. I guess birds of a feather, he is where he belongs Ethio 360 where they change what they report today takes 360 degrees turn next morning.
Top

My friend, this video you post frequently may discredit your honorable work; at least update the picture of the young Ermias on the video not to make the whole thing suspect.

Don't underestimate Ethiopians; we know there is, "Ermias in EPRDF" and his "post EPRDF" which are exclusive. Further more, what he said at that video has a time factor.

I know you mean well but, such posts won't be helping the cause. In fact, attaching Dr. Abiy's quote with it is counter productive.