Tgray, gets a new Governor. 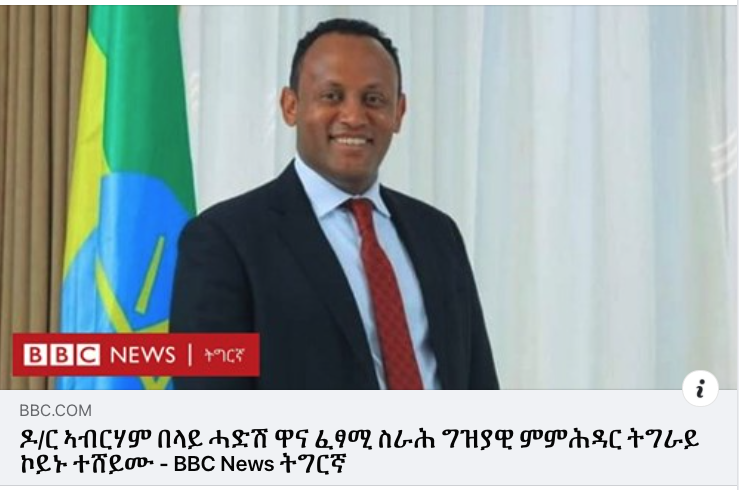 Re: Tgray, gets a new Governor.

Re: Tgray, gets a new Governor. 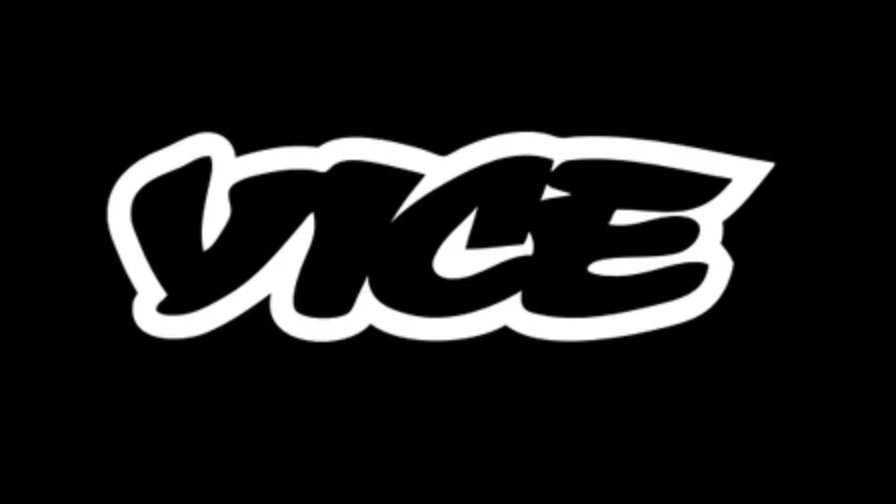 Amnesty Canada Executive Director Out Amid Allegations of Racist Workplace

Jayne Stoyles has left the human rights organization, which stated it is taking “concrete steps forward to build an anti-racist organization.”

The executive director of Amnesty International Canada’s English branch has left the organization amid allegations about a racist and toxic workplace, according to internal email exchanges and documents obtained by VICE World News and interviews with current and former employees.

Jayne Stoyles, who had been executive director of Amnesty International Canada (English-Speaking) for the past 4 1/2 years, left her post last month. The move follows a tense email exchange with staff members who said the human rights organization failed to adequately recognize Black History Month and is not moving quickly enough to address systemic racism internally. It is not clear if Stoyles was dismissed or resigned, though several current and former employees told VICE World News they believe she was fired.

In a statement to VICE World News, Amnesty International Canada’s board of directors said it


cannot provide comments on employee personal information. It is correct that Jayne Stoyles has recently left the organization.

VICE World News has spoken to seven current and former Amnesty International Canada employees who alleged their workplace was rife with racist microaggressions and tokenization, and had a culture of white savourism. They said there wasn’t adequate recourse for BIPOC staff dealing with microaggressions and not enough accountability from Stoyles and others in management, including Wendy Miyagawa, the head of human resources, who was recently on leave.

Their allegations, combined with internal documents and emails obtained by VICE World News, paint a picture of an organization divided along racial and generational lines, with young, BIPOC employees advocating for cultural change frustrated by both the pace at which it’s happening and perceived resistance from some longstanding, older white employees.

In its statement, the board apologized to Amnesty employees who’ve experienced racism and said it is undertaking a review by external firm Diversipro.


We need to dismantle the systemic and structural elements of racism that are embedded deeply within our organization in order to credibly lead this work externally,

the statement said, adding the board is taking

In a statement to VICE World News, Stoyles said every organization and individual should be working to uncover systemic racism and unlearn biases.


Amnesty International Canada was doing that work under my leadership, and I have no doubt that it will continue. When an organization is making space for this, there can easily be a mix of the real and the perceived coming up, and things that require more information and context to understand,


I hope the work Amnesty is doing can be a positive example of what all workplaces should be doing.

Amnesty International is one of the most recognized human rights organizations in the world. According to its website, its mission, spread across more than 150 countries, is to


conduct research and generate action to prevent and end grave abuses of human rights and to demand justice for those whose rights have been violated.

An employee told VICE World News Amnesty’s Canadian branch employs around 40 or 50 people, who work out of offices in Ottawa, Toronto, and Vancouver. It reported more than $14 million in fundraising revenue https://go.skimresources.com/?id=100767 ... %20%5B0%5D at the end of 2019, with local campaigns focusing on Indigenous rights, crisis response, women’s rights, and refugees and migrants, among other issues.

All of the current and former employees who spoke to VICE World News said they were initially excited at the prospect of working for Amnesty—and hoped they would be able to make a difference on an international scale. But they soon became disillusioned with the internal culture, in some cases on their first day on the job.

One former Amnesty International Canada employee, a person of colour, told VICE World News she began searching for a new job within a week of being hired in the fundraising department.

The former employee, who does not want to be named due to concerns about professional consequences, said on her one-month anniversary, fundraising director Rosemary Oliver told her the culture at the organization was the most toxic it had been in 20 years because


people don’t talk to each other


there are some people here who feel that white people should not be working in human rights.


Do you think people of colour can be racist against white people?

Oliver told VICE World News she doesn’t believe she said made the comment about racism towards white people, but she did engage in a conversation


about individuals not wanting to be judged solely on the basis of their race, although it's different for white people like me because there isn't the systemic racism reinforcing inequitable levels of power and privilege.

She said in light of her learning about oppression and racism over the past 18 months, she would not have had that conversation today.


We were not having constructive conversations about race within our staff group as a whole and my words reflected comments that had been made in various meetings I had been in at that time,

The former employee said she complained about the reverse racism comment to Miyagawa, the head of HR, but was told that people are on

I got out as soon as I could,

said the former employee, who quit after five months at the organization.


You just know when an environment isn’t healthy.

According to an all-staff email exchange from February obtained by VICE World News, one of the most recent rounds of discussions about racism within Amnesty International Canada stemmed from frustration from some staff members about the organization’s failure to recognize Black History Month, aside from mandating diversity training carried out by a group some employees identified as “harmful.”

One current employee said the training, offered by the Canadian Centre for Diversity and Inclusion, included a webinar about Black Lives Matter led by a white woman. https://go.skimresources.com/?id=100767 ... %20%5B0%5D The employee, who does not want to be named for fear of professional consequences, told VICE World News they and other BIPOC staff members felt previous CCDI sessions had been


basic to the point of uselessness

and had previously lodged complaints about CCDI’s training with supervisors and Miyagawa.


It is disappointing that the organization seems not to have thought to address (Black History Month) or intentionally use it as an opportunity to talk about anti-Black racism, despite saying that there is no higher priority than anti-oppression,

wrote one employee in the email exchange.


deflecting and delaying any action on the issues.

Miyagawa told VICE World News a number of the allegations made about her are false, though she did not specify which ones. She said she

I had been raising my concerns regarding the lack of diversity, equity, and inclusion since I joined Amnesty Canada in 2013. I have been working tirelessly in the background identifying, reporting, and trying to eliminate systemic barriers,


Much of this work, which goes beyond my job description, was only possible with the support of Jayne Stoyles.

In email responses to staff, Stoyles acknowledged the lack of internal recognition around Black History Month had been a “lost opportunity” and apologized for the CCDI webinar on Black Lives Matter hosted by a white facilitator.


It was highly inappropriate and should not have been promoted to our staff, nor should it have been left to racialized staff to raise this. I’m deeply sorry that that happened,

she wrote on February 9.

In a follow-up email, Stoyles said,


We need to be able to talk about the approaches and issues at depth, really hear from each other as to what is and isn’t working and why, and create the path forward together.

She also said the overall plan for 2020 was


to get everyone to the same baseline of conceptual understanding and work hard on individual self-awareness, while also addressing situations through disciplinary processes as needed.

Ketty Nivyabandi, secretary general of Amnesty International Canada’s English branch, set up a town hall to discuss the issues in the thread, which several employees expressed appreciation for in the email chain.

Anne-Marie Pham, executive director of CCDI, said the Black Lives Matter webinar is now being hosted by two facilitators, one of whom is a Black woman.

Pham said many of the employers they’re working with have only just begun talking about anti-Black racism, so much of the material covered in webinars is basic.


From that lens, I think Amnesty may want to look at ‘Are all of these topics actually for all of my employees or not?’

one former employee said, noting a now defunct-rule that stated Amnesty branches would appear to be biased if they campaigned about human rights issues in their own country.

Neve retired in October 2020. In a goodbye email to staff, he said,


I certainly leave knowing there is more I should have done or done differently to address the realities of oppression and racism that run deep in our Branch and movement.

In a statement to VICE World News, Neve said his hesitation about launching a new program focused on anti-Black racism in policing was tied to limited resources within the branch and had nothing to do with worries about appearing biased. But he said advocacy work tied to the commission report was included in Amnesty’s 2019 agenda.


I appreciate and respect the staff who raised the concern and initiated this important work, and absolutely acknowledge it should not be on the shoulders of racialized staff to do so,

VICE World News has viewed several exit emails sent to all staff from departing employees highlighting their issues with the organization’s culture.

In one email sent in August 2018, a leaving Amnesty staff member asked,

An October 2018 email from another departing employee echoed concerns about Amnesty’s hiring practices.


I have watched individuals jump into management positions and hiring panels, having had numerous complaints against them as a result of making discriminatory remarks, none of which have been addressed,

In a response sent in October 2018, Stoyles said,


When messages like these are sent, it is important to remember that they are very likely to have the effect of launching a stream of gossip and speculation that contributes to a negative environment and—most importantly—that makes some colleagues feel unfairly targeted, disrespected, and undervalued.

A 2019 internal report on Amnesty International Canada employee experiences notes that 62.5 percent of participants had


experienced discrimination/oppression/microaggressions in the last 12 months.


contributes to issues of oppression/discrimination.


the majority felt that newer staff are often met by aggression and defensiveness from older (white) staff,

The board’s statement to VICE World News said Amnesty International Canada has already made a number of changes, including bringing on Nivyabandi as secretary general https://go.skimresources.com/?id=100767 ... %20%5B0%5D in October, retaining Diversipro, conducting an anti-racism survey, recruiting new senior leadership, and appointing new board members committed to building an anti-racist workplace.

In 2019, a workplace review pertaining to Amnesty International as a whole was published following the suicides of two staff members in 2018. The review found that Amnesty has a “toxic” culture, with rampant bullying and discrimination.