The time to go after the identity thieves, has finally come!

In many ways, MAY is sacrosanct for Eritrea; a historic month of celebrations, remembrance & redemption as generations of Eritreans were compelled to endure tortuous, 30-year armed struggle to achieve - against all odds & international betrayal - their national/human rights.

But in a perverted sense, MAY is also a month (June - Martyrs Day; Sept - armed struggle) are also in same league) in which Eritrea's feckless detractors contract the "seasonal influenza" to ramp up their vitriol against this small nation & heroic people.

"Influenza season" as we call it amusingly, spans historic months of MAY, JUNE & SEPT where Eritrea's feckless detractors indulge in usual vitriol. Its virulence is feeble this year. Still, the most notorious elements - Dutch Government/some British MPs - are wedded to the agenda

Virulence of the "Seasonal Influenza" is much more acute this year, as more vociferous forces bent on resuscitating defunct TPLF clique have joined the chorus. But the smear campaigns are futile & will invariably flounder, on the bedrock of Eritrea's characteristic grit & resilience! 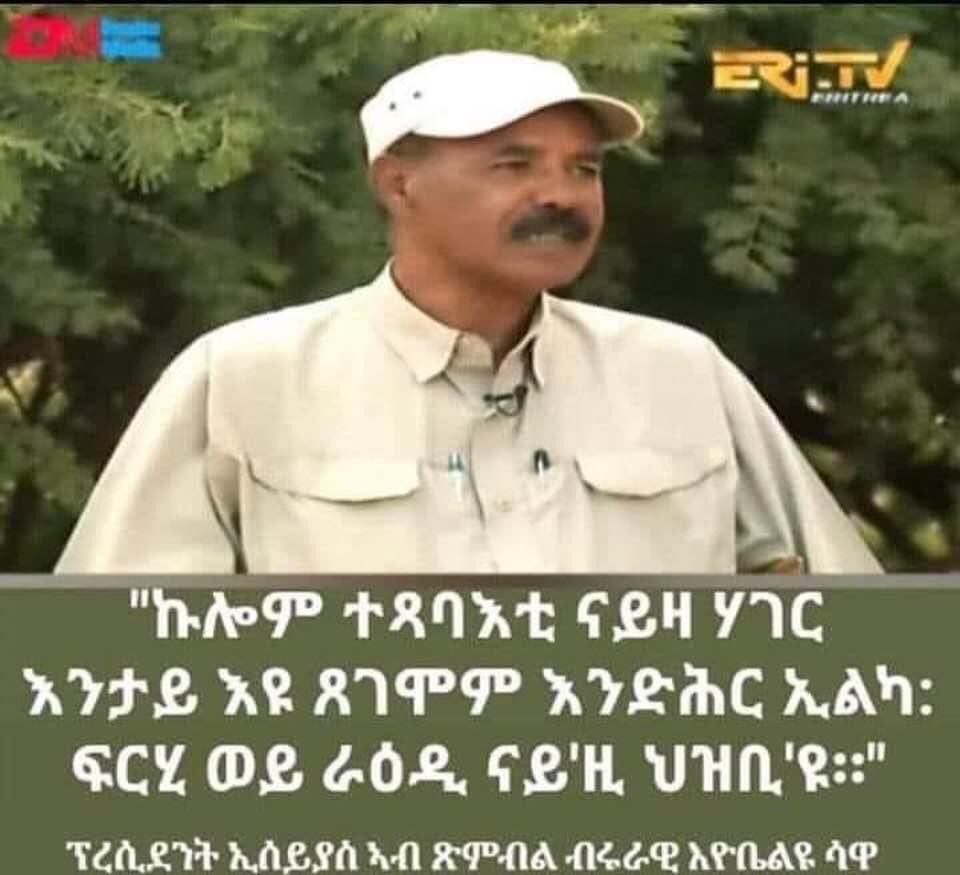 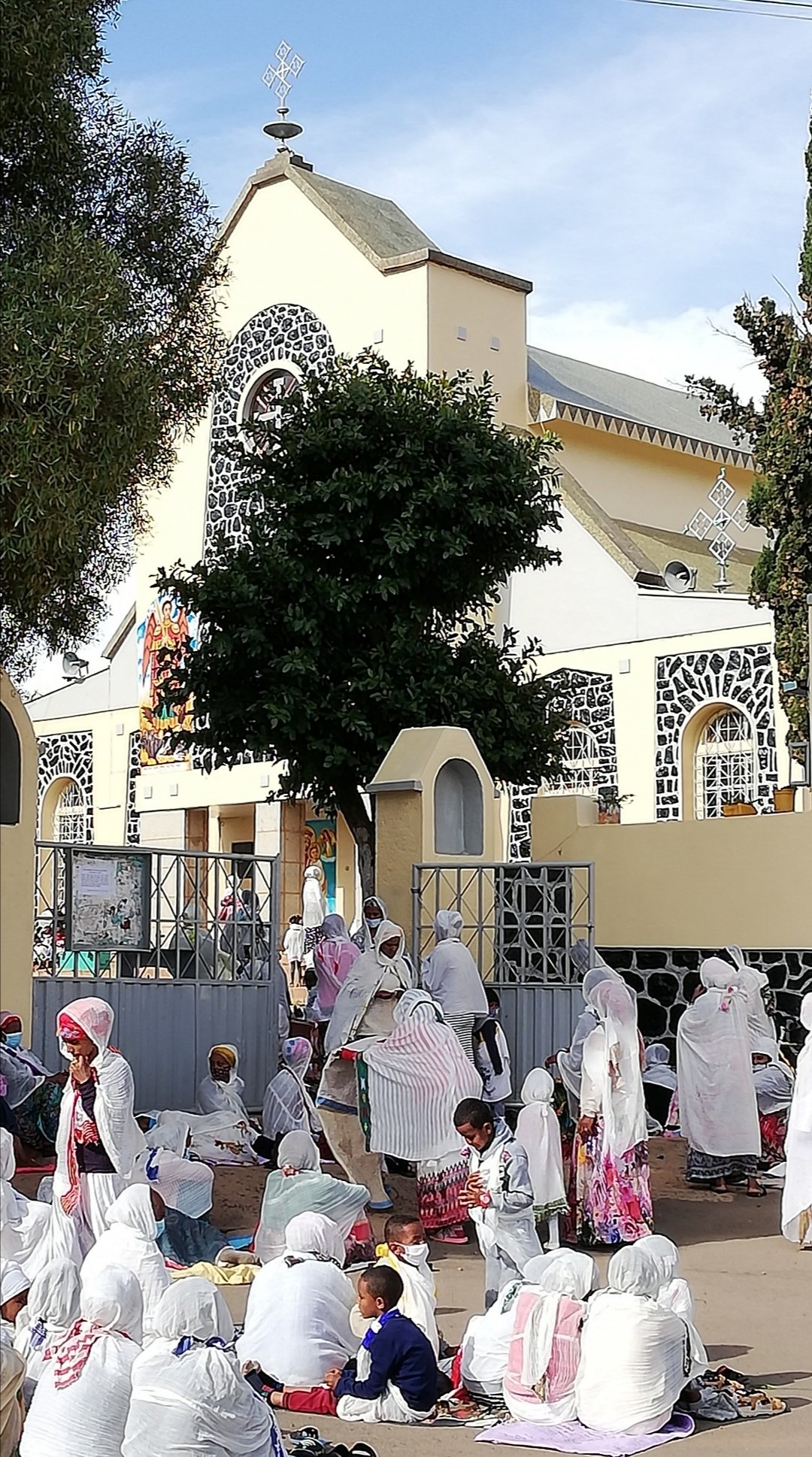 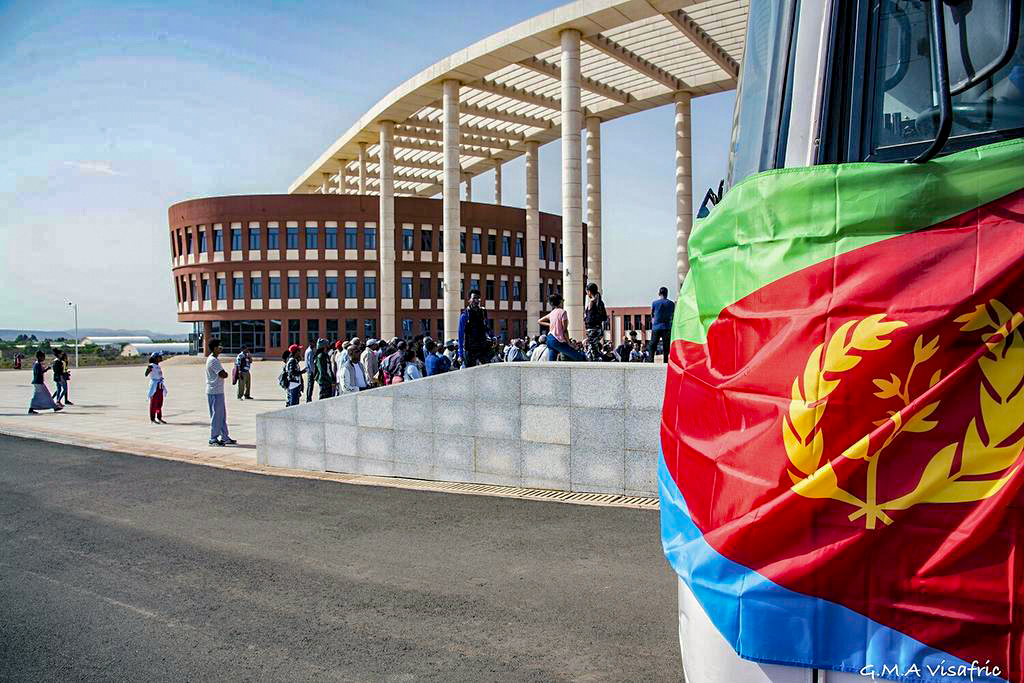 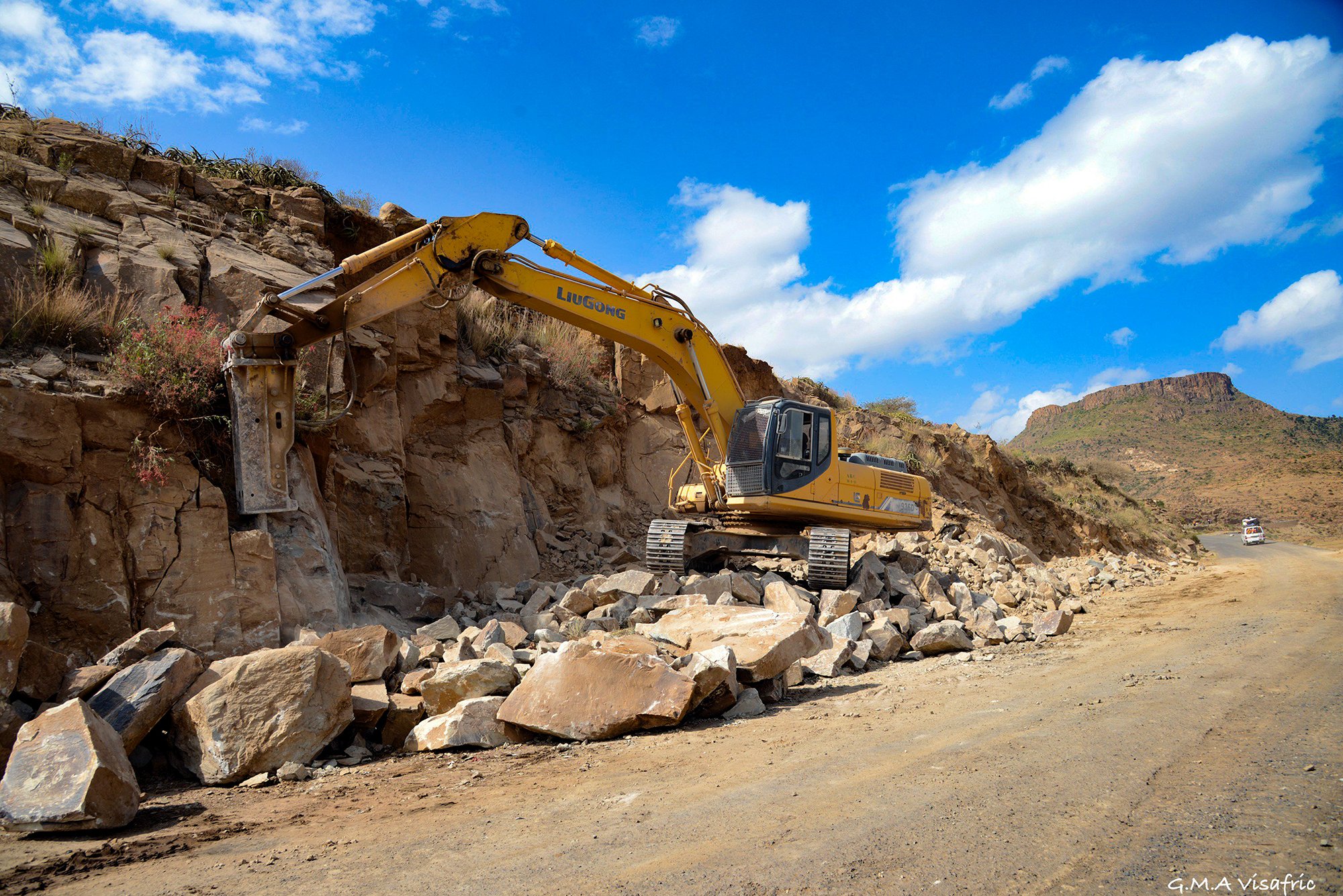 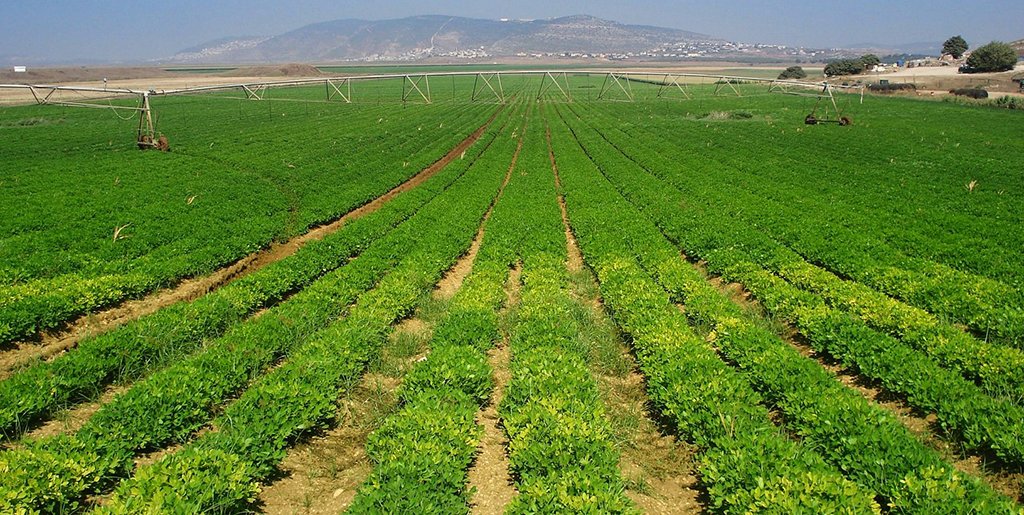 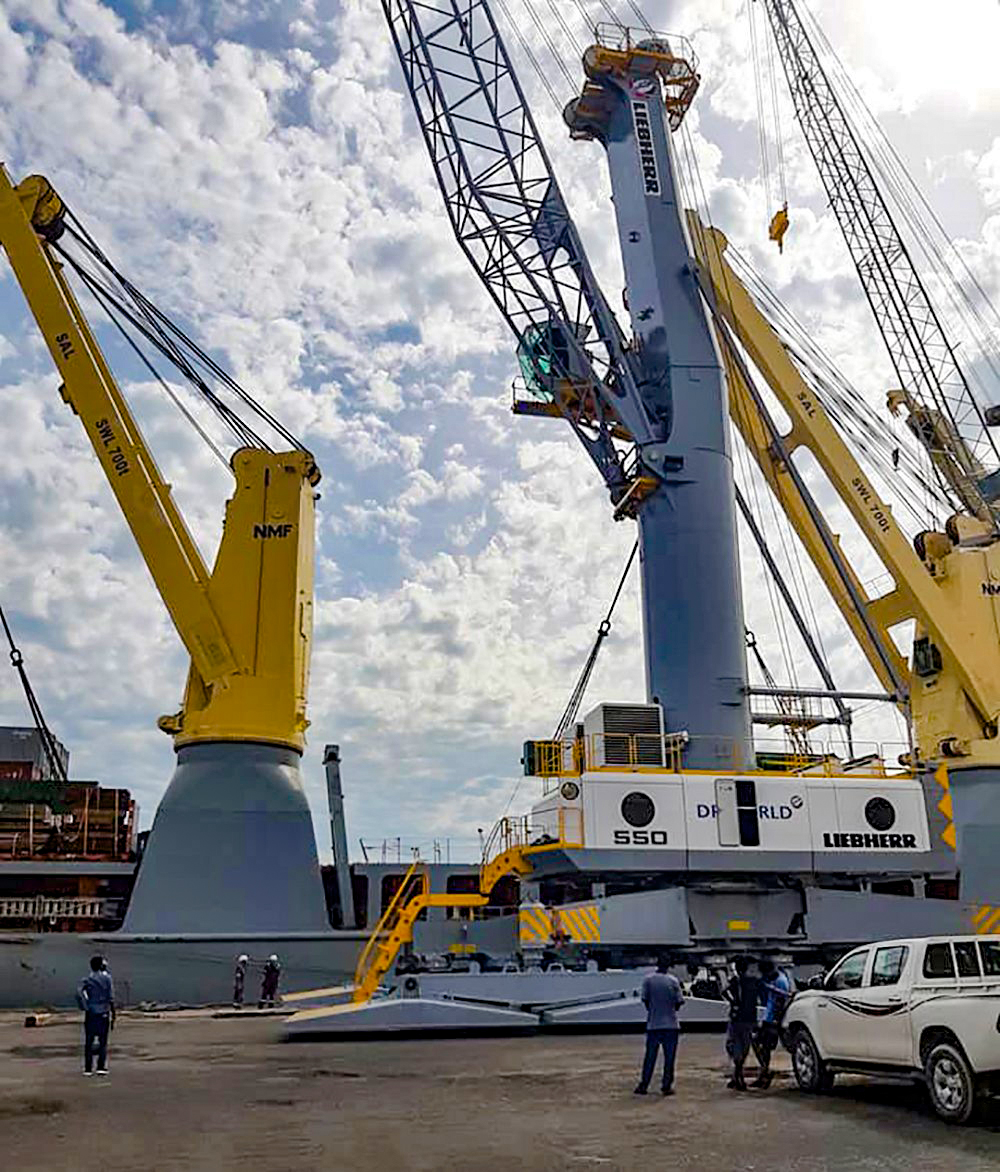 Eritrea's motto: Work in silence and let your success make all the noise! 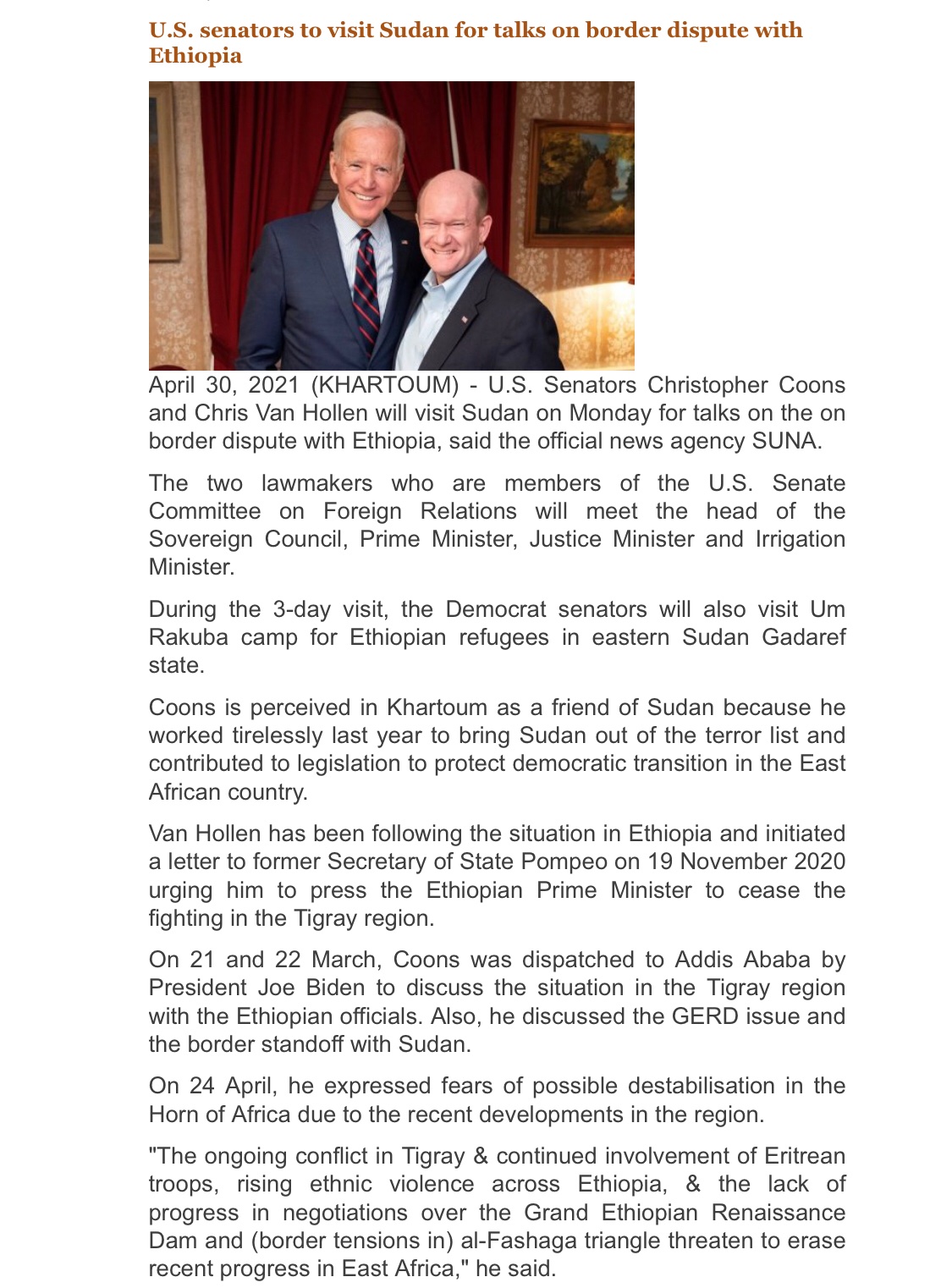 It is clear, the Ambassador Rice led Africa portfolio is trying to position Sudan as the next TPLF. Dangerous for Sudan's PM Hamdok, to aim vs Ethiopia & Eritrea. Too bad Chris Coons & Chris Van Hollen, have falling for the trap & are leading the Senate in a wrong direction


Dangerous talk, coming out of Sudan:

Sudan implies it could take control of Ethiopia dam

Khartoum has suggested that it could withdraw from a 1902 agreement transferring territory where the Great Renaissance Dam was built from Sudan to Ethiopia.

The GERD is only eighteen kilometres from the Ethiopia-Sudan border.

The ministry was responding to the condemnation of "colonial agreements" about Nile water shares by Ethiopian officials.

If Ethiopia continues to reject Sudan and Egypt's reference to the agreements during negotations over the dam, Addis Ababa will "compromise" its sovereignity over the region, the Sudanese foreign ministry said.

The region was transferred from Sudanese to Ethiopian control under the 1902 Anglo-Ethiopian treaty, the ministry added. The UK was occupying Egypt and Sudan, both parties to the treaty, at the time, while Ethiopia was independent.

The agreement also prohibited Ethiopia from any construction that will limit the flow of the Blue Nile.

Sudanese and Egyptian officials have previously pointed to the prohibition in the 1902 agreement, prompting Ethiopia to disavow the colonial-era treaty.


The Ethiopian claim that the relevant agreements are an insignificant colonial legacy is an explicit fallacy of historical facts, indicating that Ethiopia was an independent, sovereign state and a member of the international community at the time of the conclusion of those agreements,


Such selective disavowal of international agreements for propaganda and domestic political reasons is a harmful and costly approach that does not help to reach a negotiated agreement acceptable to all parties,

During a visit to Uganda on Saturday, Sudanese Foreign Minister Mariam Sadiq al-Mahdi added that Sudan has made all "possible concessions" to reach an agreement with Ethiopia and Egypt over the dam.

However, she said that Addis Ababa has acted as an


aggressor, wasting time to inflict harm on others.

Ethiopia said on Saturday it would go ahead with a second filling of the Nile dam scheduled to take place in July despite not having reached an agreement with Sudan and Egypt.

Mahdi characterized this as an attempt to hamper negotiations and create a fait accompli.

For his part, Ugandan President Yoweri Museveni voiced his support for negotiations about the issue and vowed to discuss the dam with Ethiopian Prime Minister Abiy Ahmed.

Uganda, an upstream Nile country which has historically been at odds with Egypt and Sudan over access to the Nile, recently signed an intelligence sharing agreement with Egypt amid heightened tensions between Ethiopia and Egypt over the GERD.

Ethiopia says the dam is necessary to provide power to its population of more than 100 million.

Egypt and Sudan say filling the dam could dangerously impact the Nile's water levels and interfere with the operation of their own dams. 97 percent of Egypt's water comes from the Nile.

Requests by Egypt and Sudan to allow international actors including the African Union, European Union and the United States to mediate the now decade-long negotiations have been rejected by Ethiopia as a stalling tactic.

More, super news! Taxi's set to resume service, as are other small service vehicles. Restaurants, other food establishments, as well. It's been a long, tough fight against COVID-19, but we will stay strong.
FikreJesus, PhD: @FikreJesus 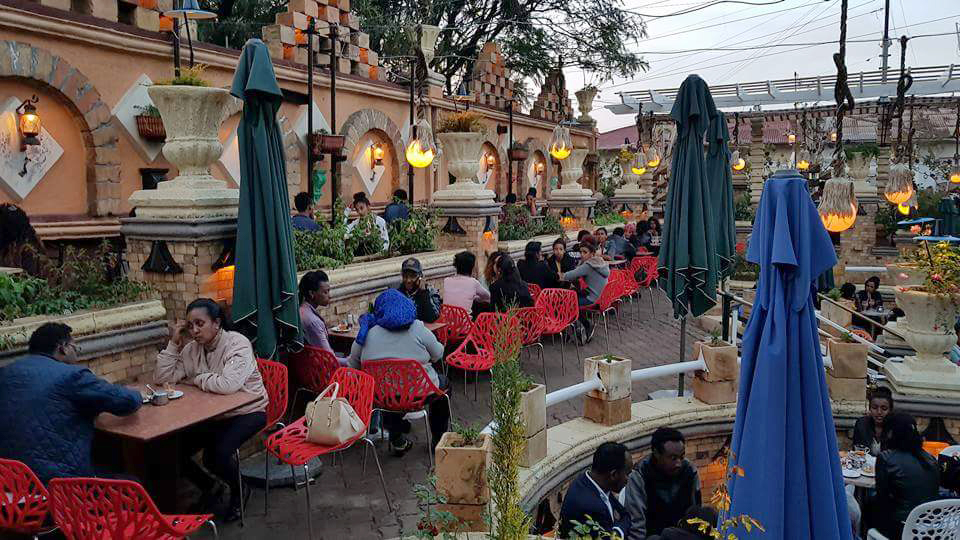 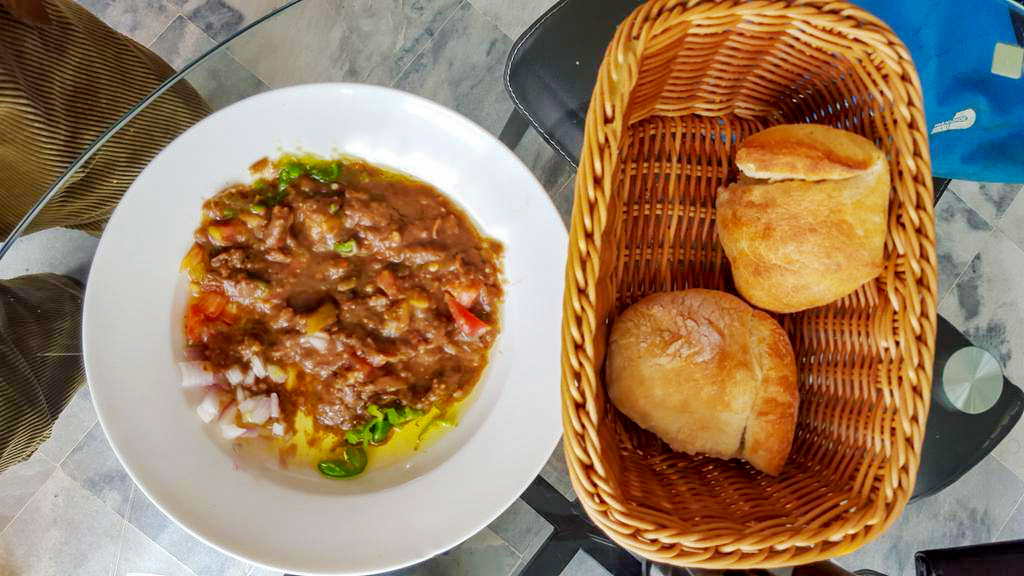 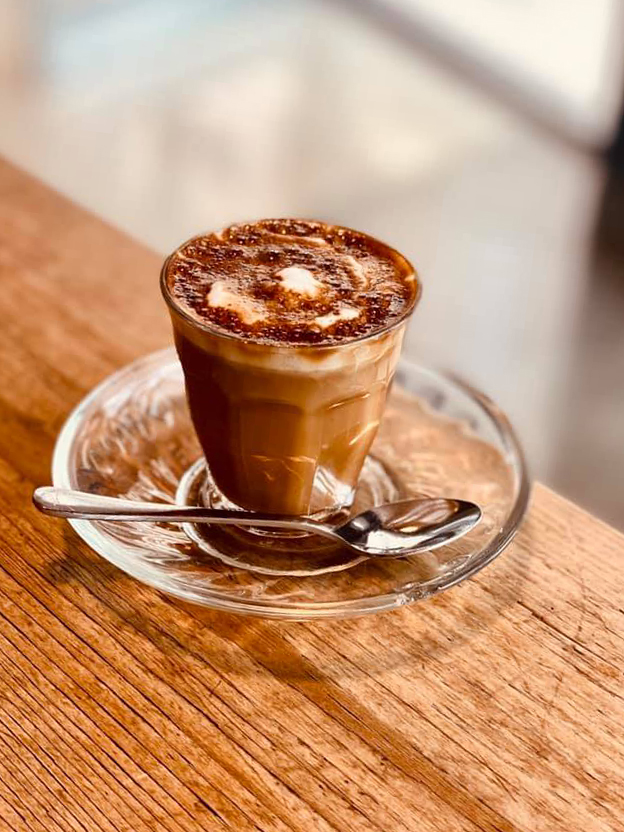 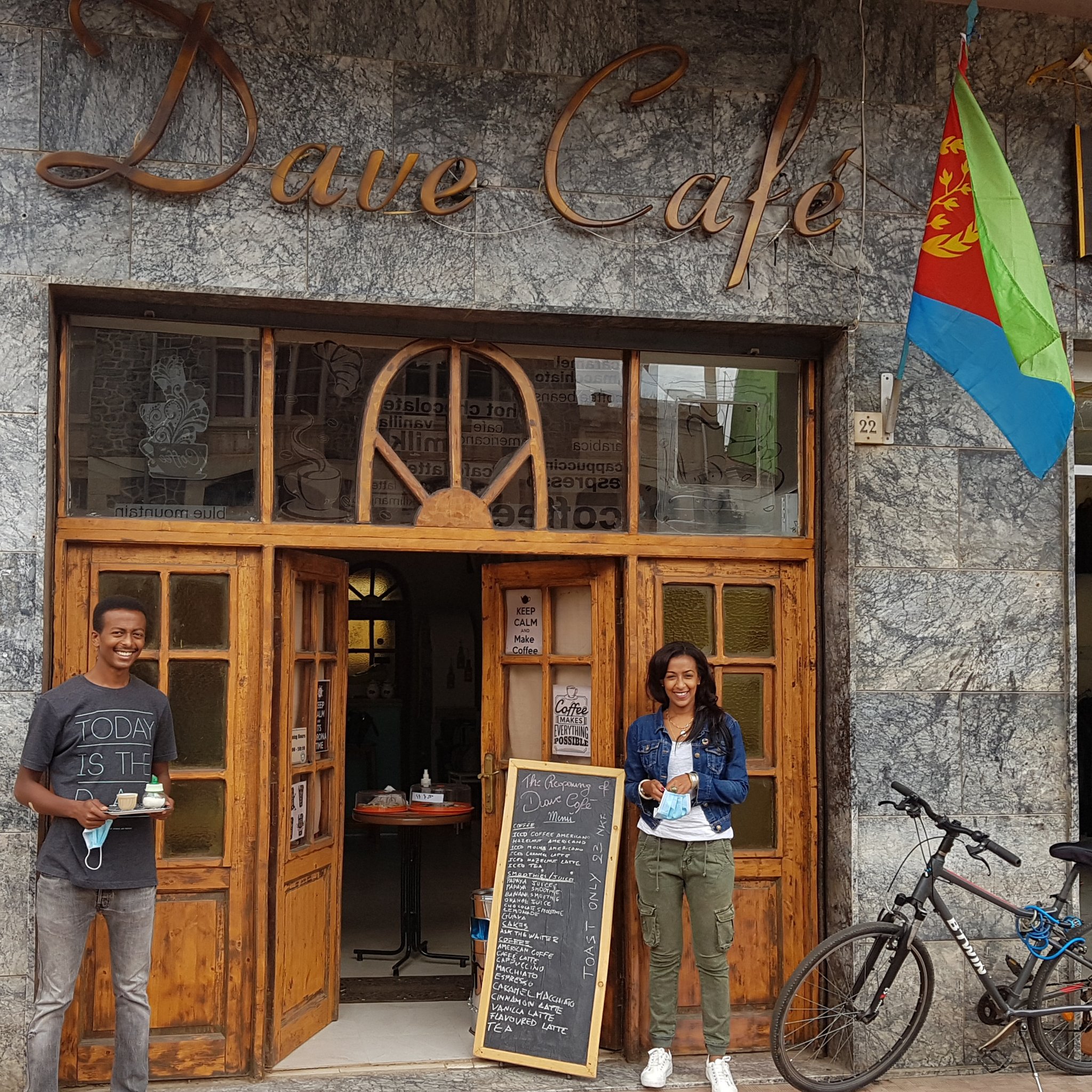 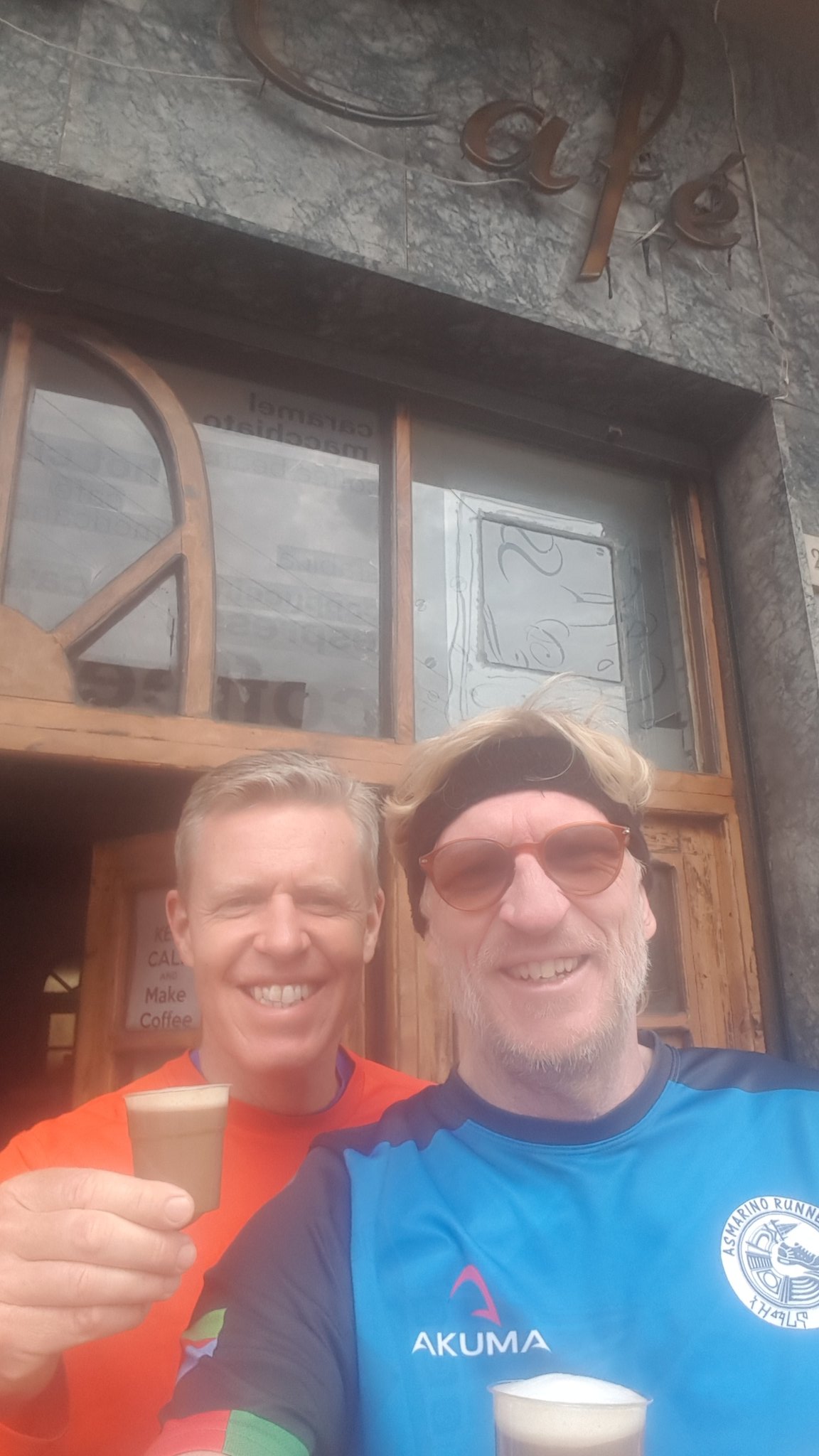 My first post covid Macchiato for over a year, at our favourite family-run cafe. Opening on Feb 20. Pleased to see some passing trade at this super little joint, whilst we were there. It neighbours the Crystal Hotel, for when you're here. 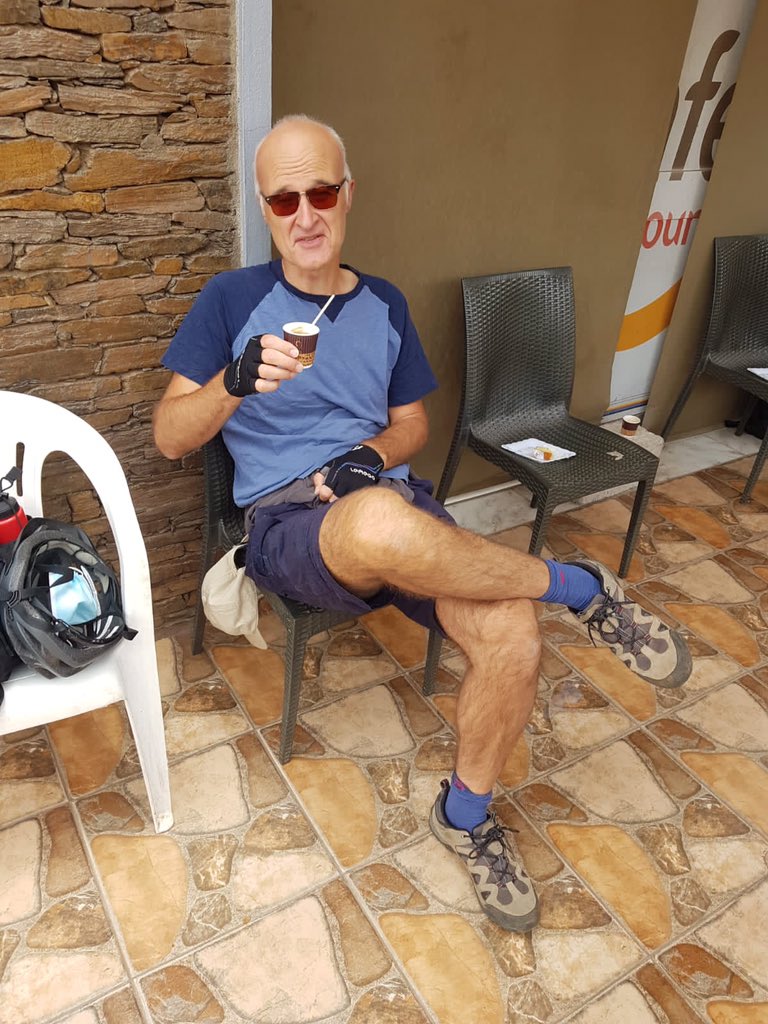 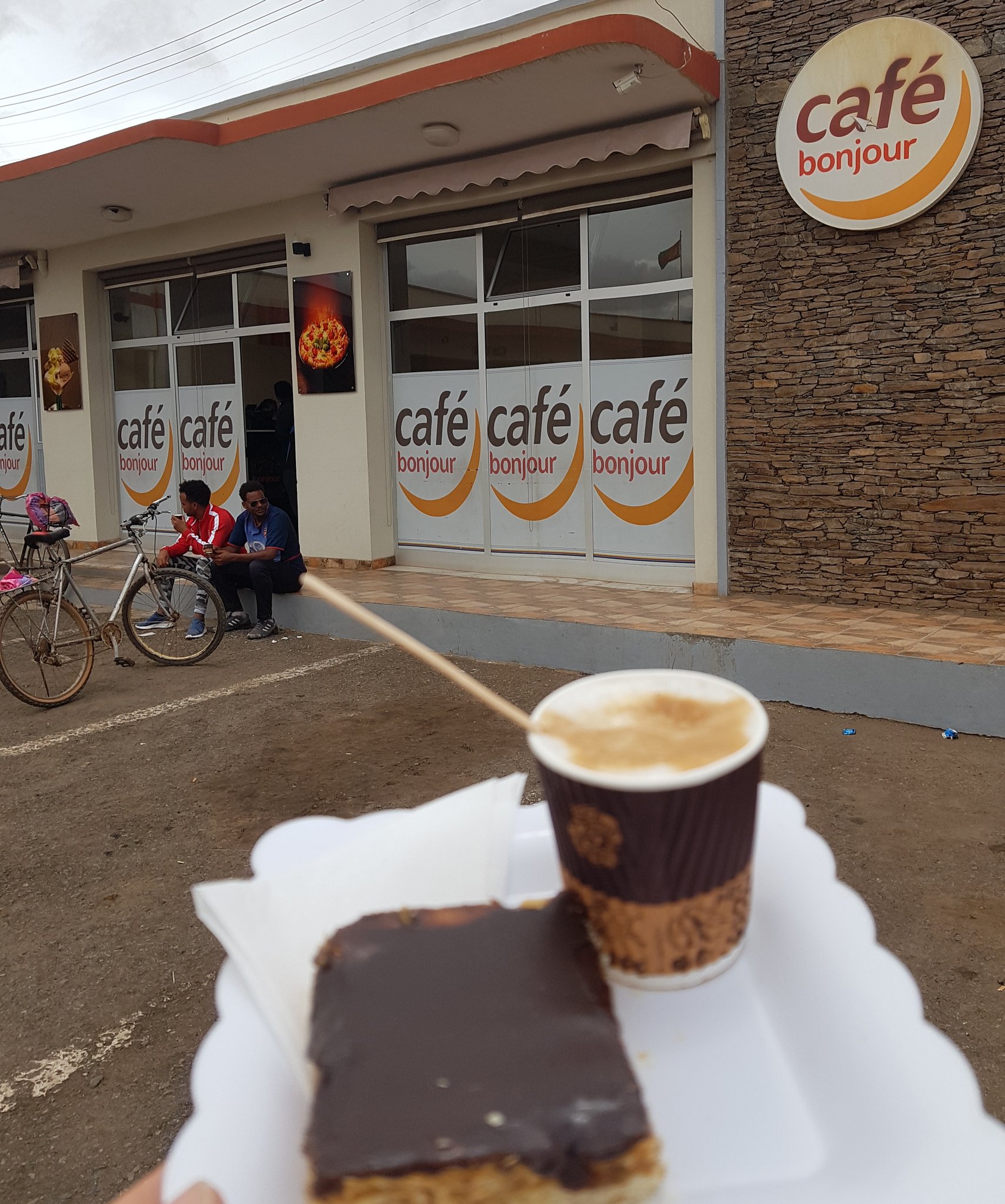 Not the most glamorous cafe in Asmara but I go here for a post ride macchiato and cake, when I ride the bypass from the Keren or Dekamhare to the Massawa road - it's the first place we get to. The Embassy was closed today, in lieu of May 1st #workersday2021.
Words & 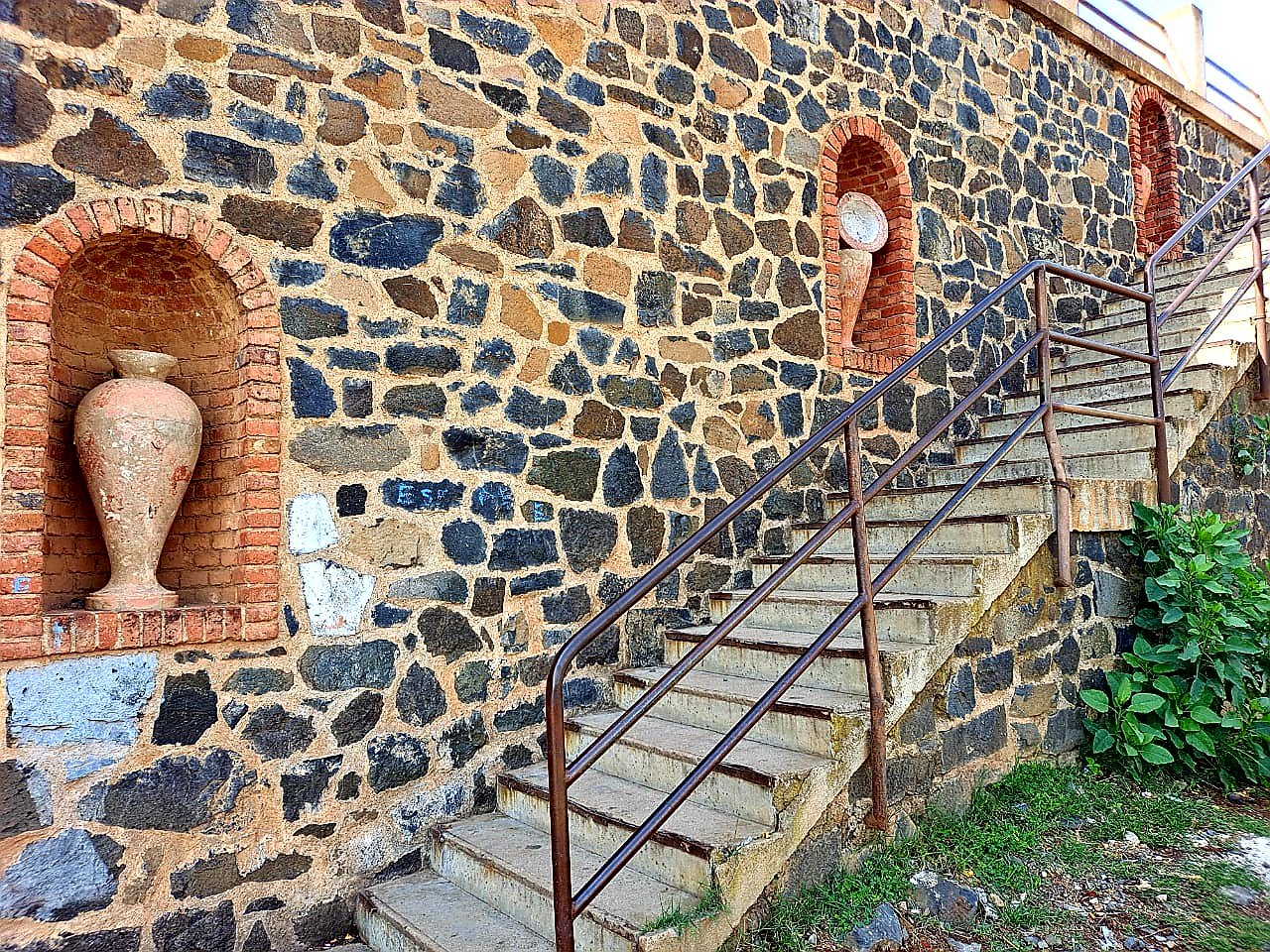 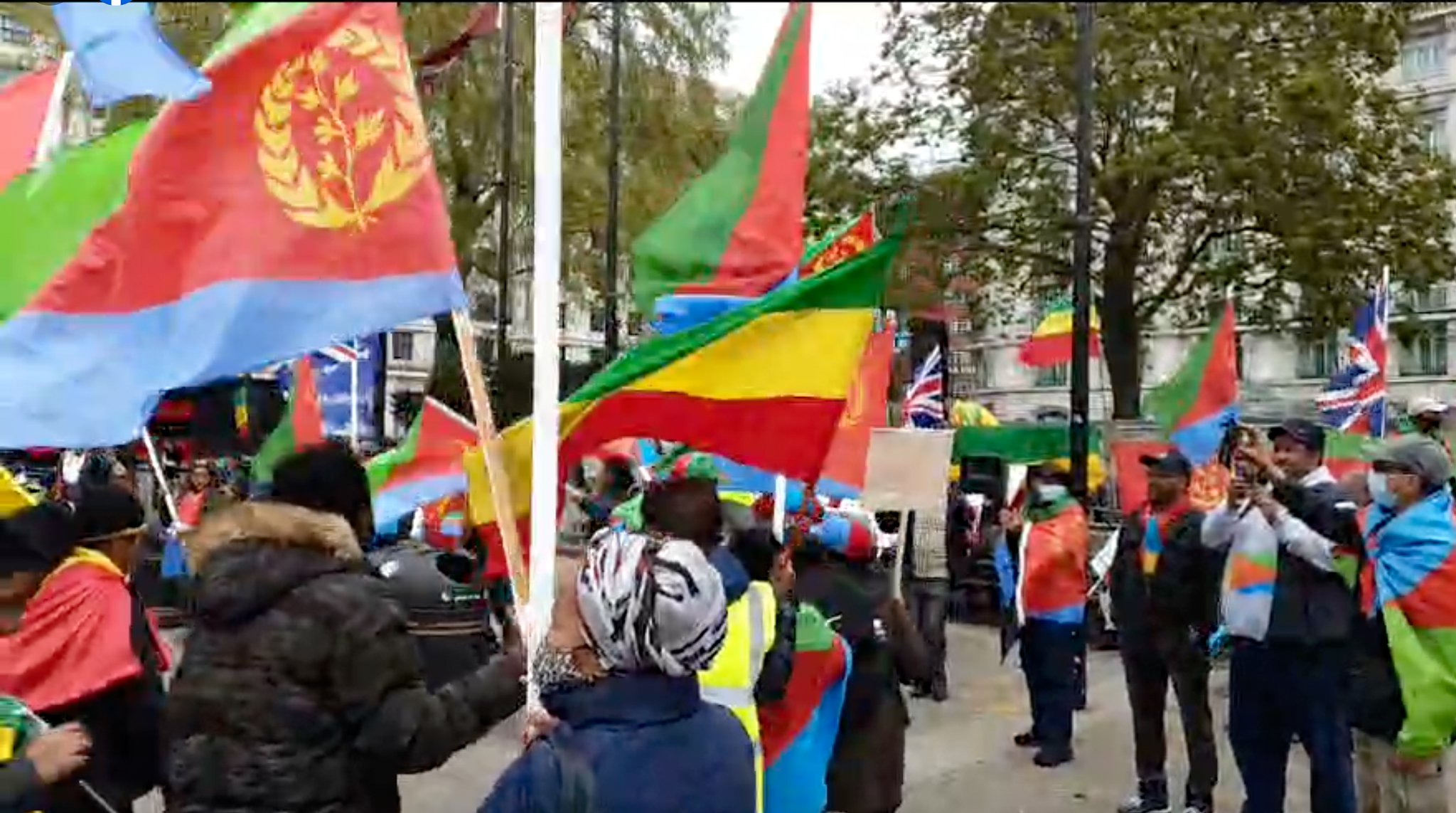 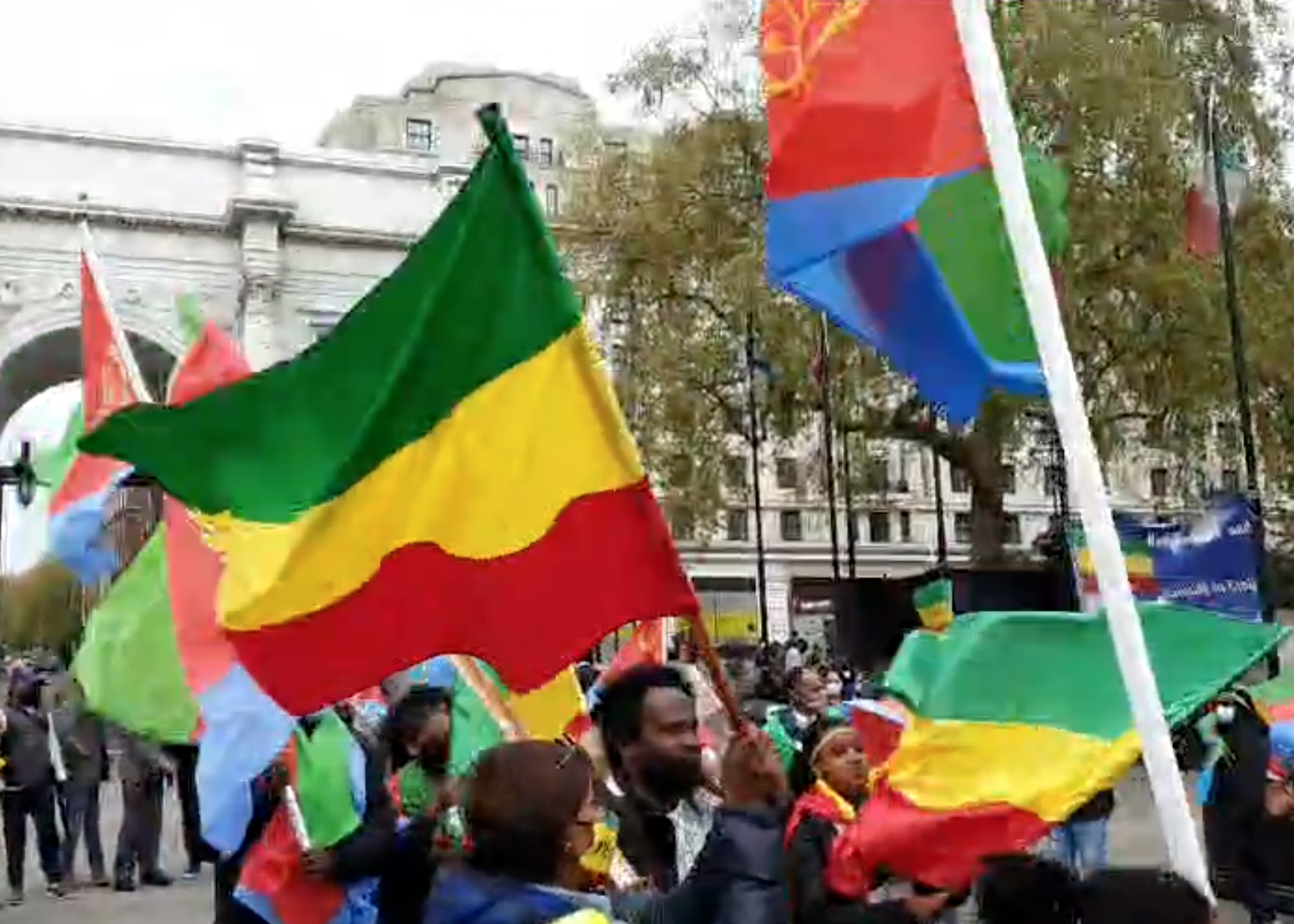 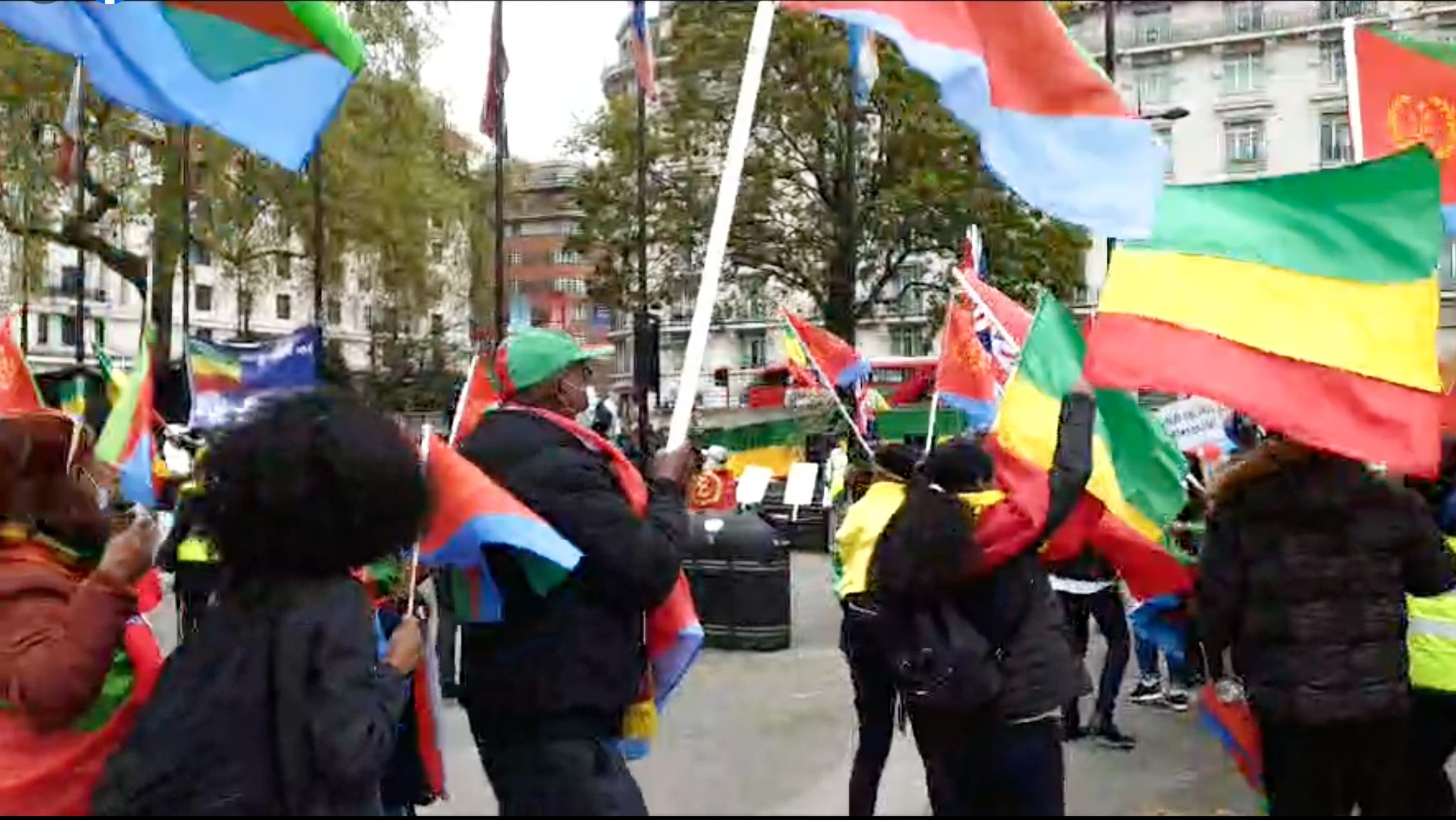 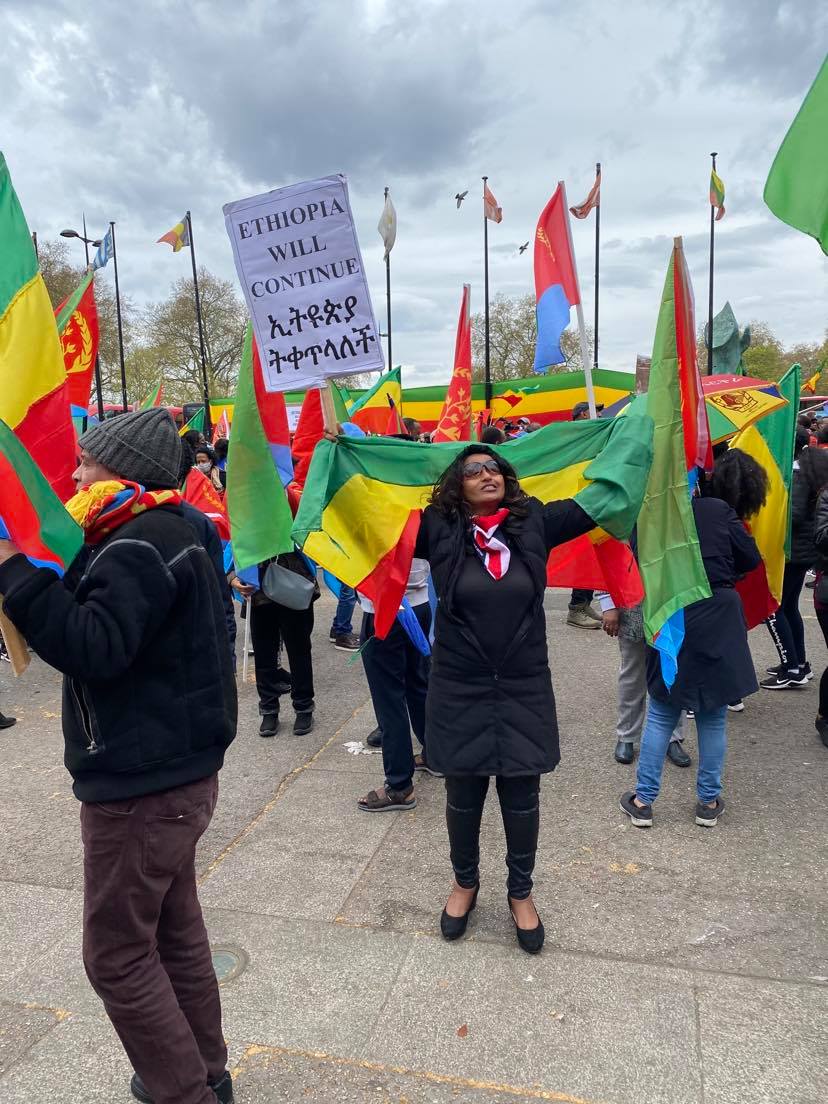 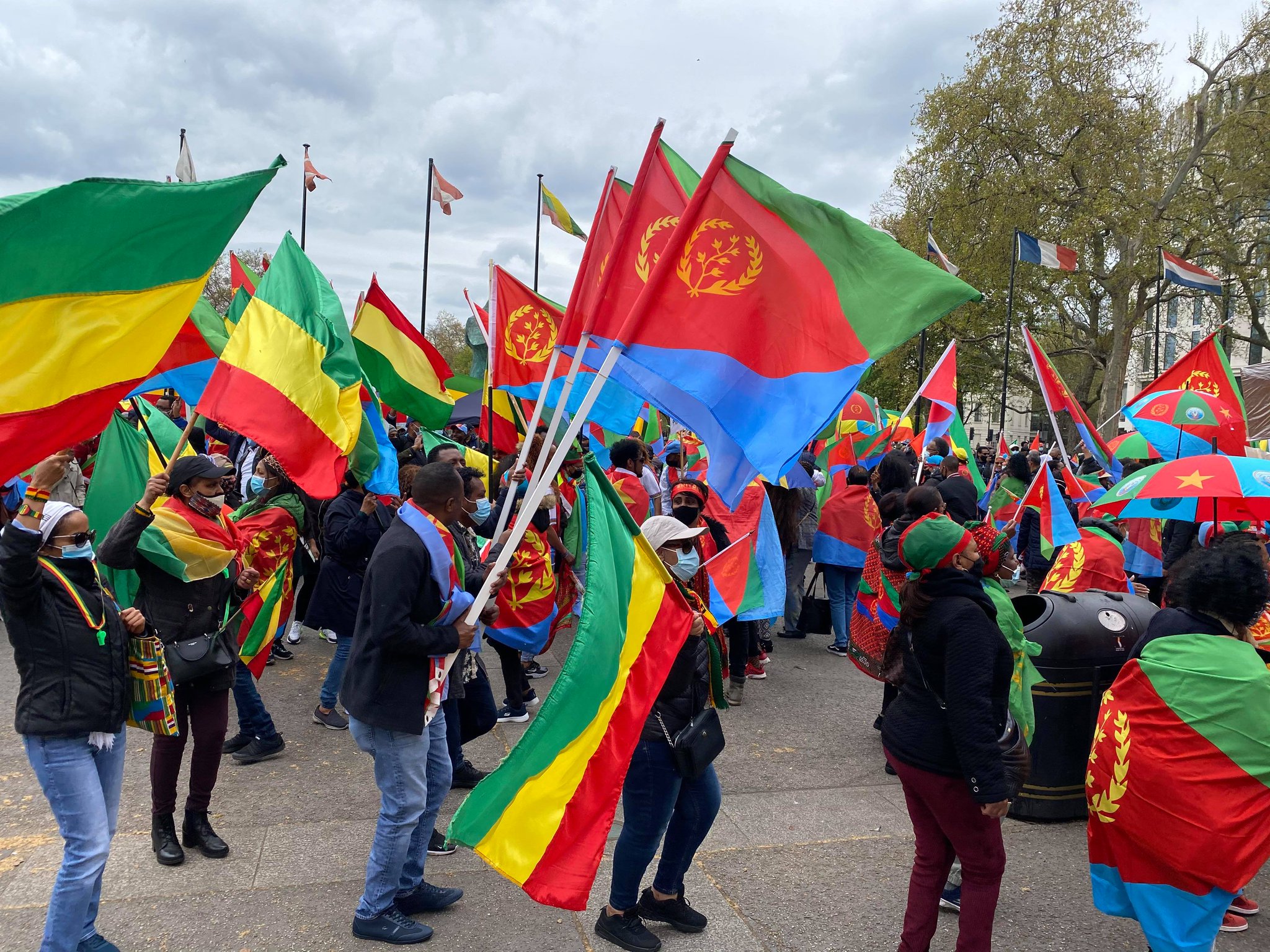 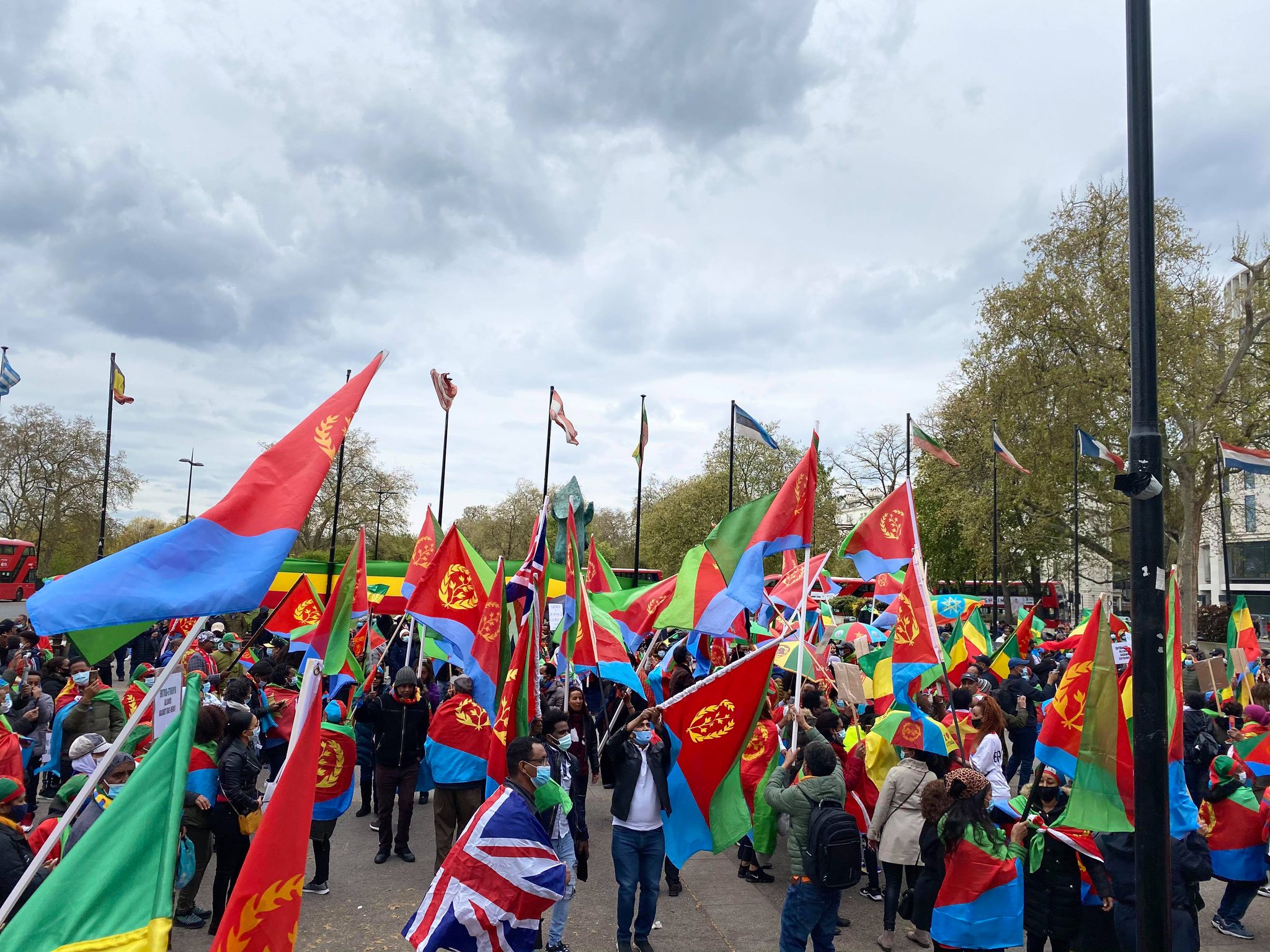 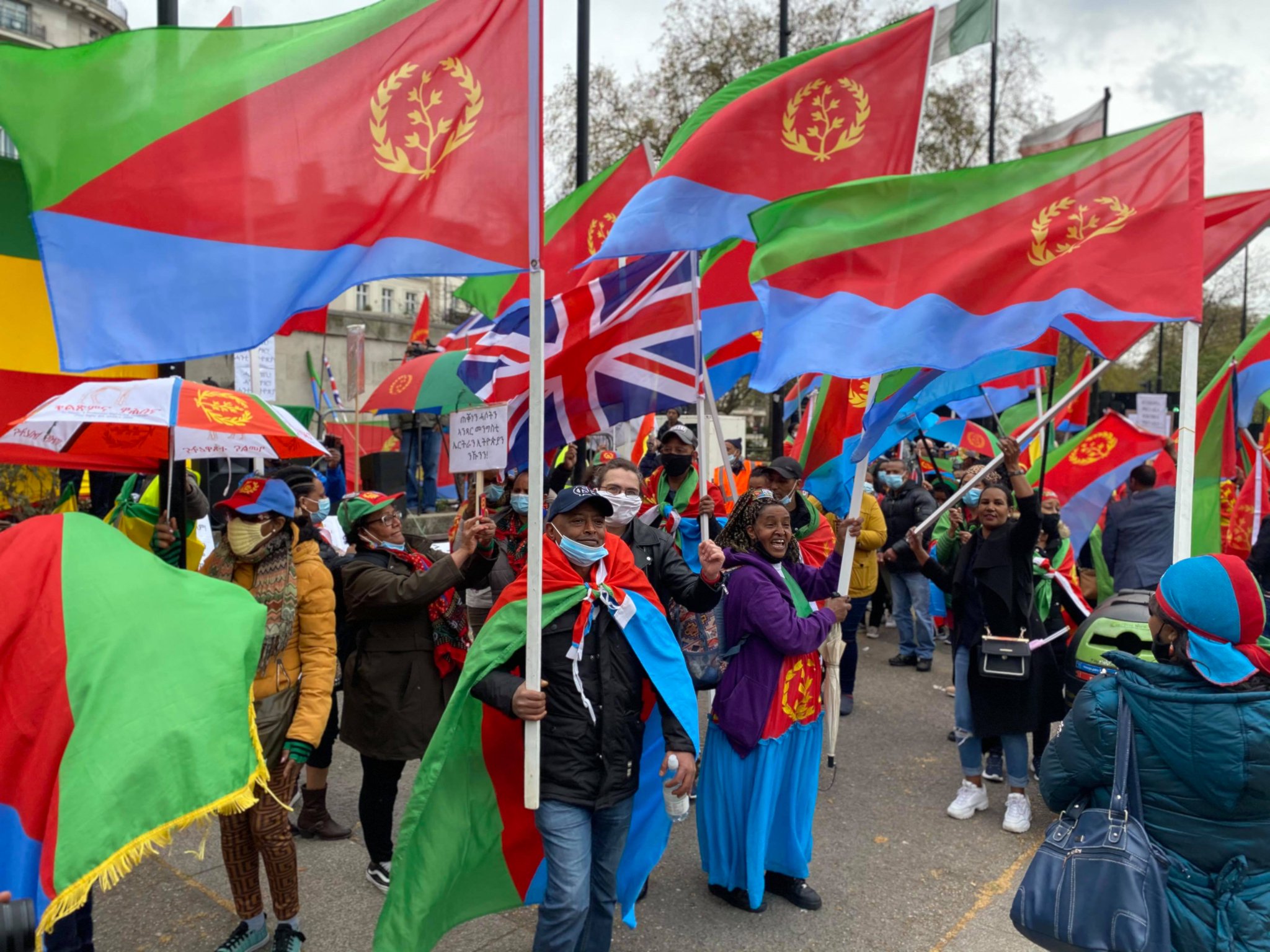 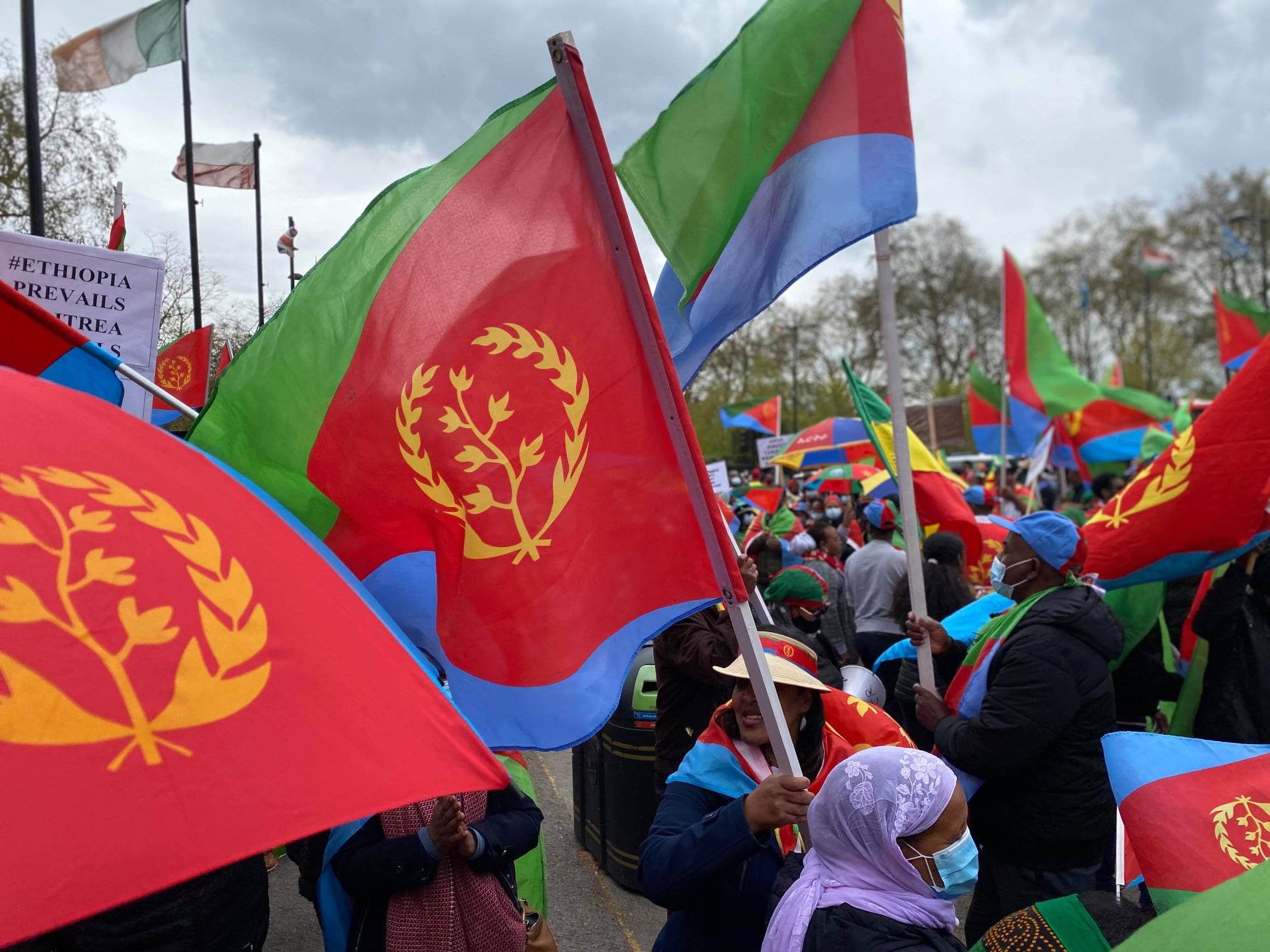 On a blustery May Bank Holiday Monday in a wind-swept Marble Arch, Eritreans & Ethiopians came together to peacefully demonstrate against the unnecessary and unwarranted intervention of the US & UK in the affairs of the Horn of Africa!

The demonstrators called on the western media, to refrain from spreading unsubstantiated and malicious lies about events in Ethiopia.

Eritreans expressed their dismay, at attempts by the western press and western organisations to malign the proud history of the Eritrean army & called upon these organisations to respect the history of Eritrea and treat Eritrea with the dignity it deserves.

Ethiopians on their part made it clear, that they wished to see the Nile Dam completed and called upon Egypt and other interfering forces to stop trying to undermine Ethiopia.

The Ethiopians took the opportunity to express their gratitude towards Eritrea being a true friend of Ethiopia and generations of Ethiopians would be greatly appreciative, of the positive role that Eritrea has played in the region.

Who guides the real interests of Europe and the United States in Tigray? 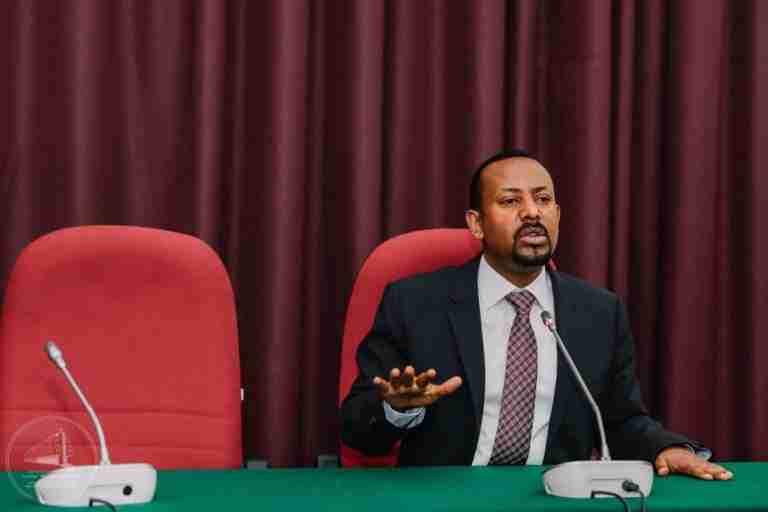 After the attack on the Northern Command (which aimed at destabilising Ethiopia and regaining control of Addis Ababa, thus putting into practice the stated objectives of the TPLF, namely the independence of Tigray, the dismantling of the Amhara state and the outbreak of ethnic war in Ethiopia) the military response of the Ethiopian army succeeded in re-establishing order and the rule of law in the Tigray region with the aim of creating the prospects for peace and stability throughout the region guaranteed by their respective governments. However, just as the people of Ethiopia, Eritrea and Somalia were beginning to prepare for a new chapter of peace, stability and development, a not-so-secret plot to destabilise the region was hatched. A plot whose first point is to overthrow the Prime Minister and Nobel Peace Prize winner, Abiy Ahmed.

Sources in Brussels and Washington explain that the new US administration led by Susan Rice, who was for many years an adviser to the TPLF and therefore does not appear neutral in the affair, seems to have implemented a strategy to destabilise the existing government in Ethiopia by using a major disinformation campaign financed mainly by the hundreds of millions of dollars that the TPLF has managed to accumulate in 27 years of rule in Ethiopia.

This campaign, more or less unwittingly broadcast by major media such as CNN, BBC, Al Jazeera, France 24, New York Times and other influential media, and more or less consciously encouraged by some NGOs, aims to dramatise the humanitarian situation in Tigray by accusing Ethiopian and Eritrean army forces of all possible abuses. The aim is to create the basis for a humanitarian intervention like in Iraq and Libya and to change the course of history in the region at the risk of repeating the serious mistakes made in those countries. The Americans do not seem to have learned the recent lessons from the past, or at least they do not seem to be fully aware of what is really going on in the Horn of Africa. Instead of acknowledging that the war in Tigray ended with the defeat of the irregular and destabilising TPLF army and working with the new reality at hand, the EU and the US seem determined to save the TPLF, denying its subversive attitudes and even trying to make it look like a victim. Wanting to put those responsible for the worst crimes in Ethiopia back in power instead of a Nobel Peace Prize winner is difficult to understand and accept, especially if this strategy comes from someone who presents himself as a champion of human rights, having a long positive tradition in this regard. Instead, saving the TPLF in order to put it in power at all costs seems to be the leitmotif in Washington and Brussels so far.

To achieve this goal, they have so far tried every card: first proposing sanctions to the Security Council without success thanks to the strong opposition of China and Russia in particular, and then creating a common strategy between EU Foreign Minister Borrel and Secretary of State Blinken to pressure Ethiopia and try to weaken it by all means. This joint strategy apparently prepared by Borrel’s advisor Rondos, who prides himself on having great influence on Blinken, took shape with the appointment of Special Envoy Feltman, very close to Susan Rice, who was tasked with achieving the following objectives: 1) Get rid of PM Abiy with the help of the EU and replace him with a TPLF leader. 2) Help Egypt in the dam dispute in exchange for active support against Abiy via Sudan.

Despite Special Envoy Feltman’s exploratory mandate to visit the region to listen to all sides, his rather hostile statements before his departure betray the US administration’s determination to intervene directly to bring the TPLF back to power in Ethiopia. Without understanding that any intervention on their part, will have catastrophic consequences not only in Ethiopia but throughout the Horn of Africa and beyond. Not understanding that destabilising Abiy, prime minister and representative of Ethiopia’s largest ethnic group, today means creating a permanent destabilisation situation that is worse than Libya, Syria and Iraq combined, with decades of ethnic wars and tens of millions of refugees and many criminals in free movement.

The Biden administration, which is moving with great courage and farsightedness in other geographical areas, risks leaving a very heavy legacy if it does not take the time to fully understand all the issues at stake in the Horn of Africa. It is no coincidence that China is on the alert, ready to intervene. If we go on like this, and if there are no second thoughts, in the end Africa will perhaps be forced to choose not according to its real vocation but because it will be pushed in the only possible direction by the suicidal policies of a few officials who do not take into account the real strategic interest of the United States and Europe, let alone the lives of the local populations.

Associated Medias (all rights are reserved)


My debate @France24_en. The TPLF activist & Mr. Gebissa, of course, peddled the tired and discarded false narratives. Although equal time was not given to my disappointment, we have managed to tell the truth about the issues. Neamin Zeleke: @NeaminZeleke