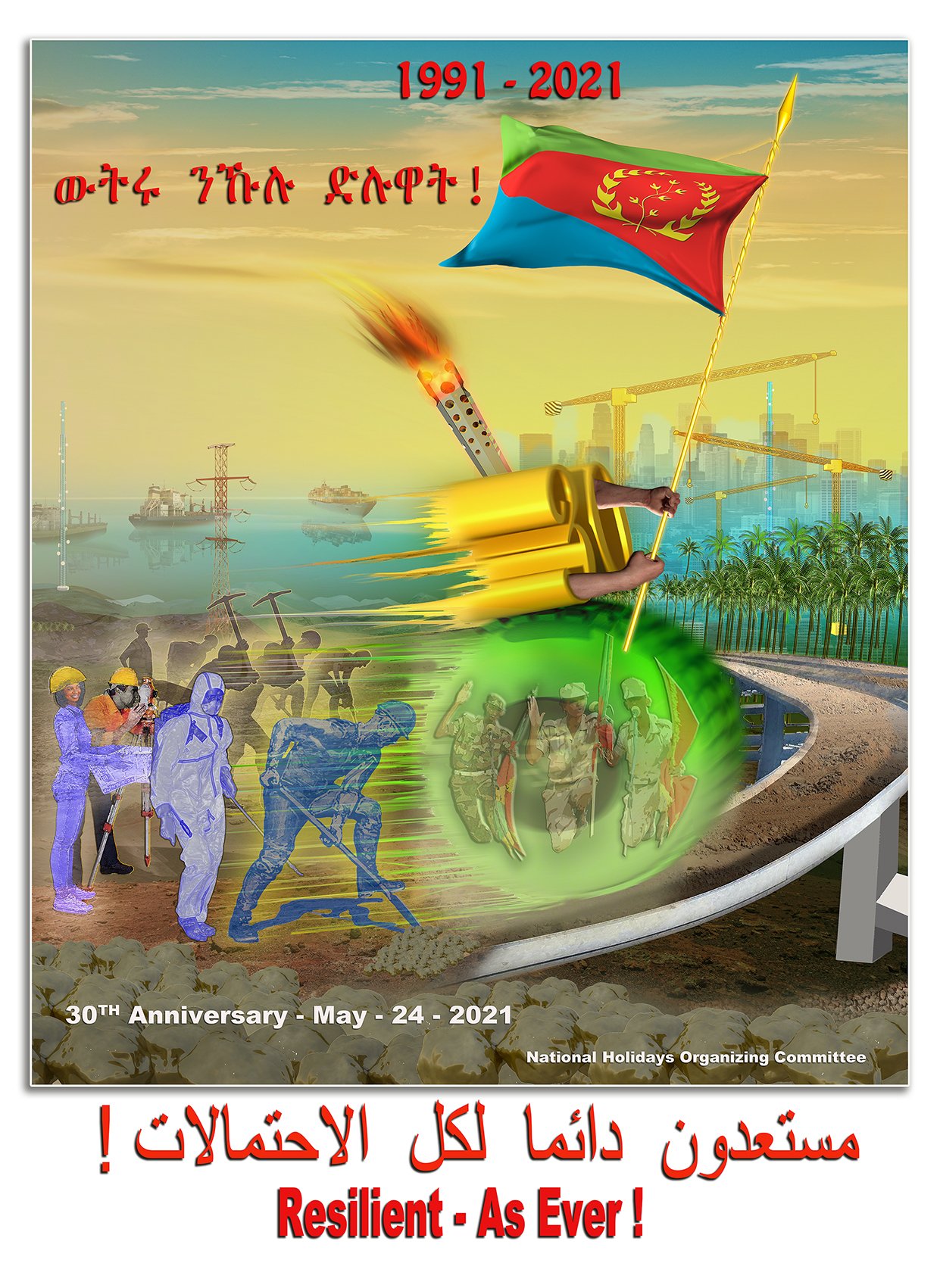 RIYADH: The EU’s envoy for Ethiopia has emphasized the importance of international cooperation to bring the conflict in the Tigray region to an end.

In a wide-ranging interview with Arab News in Riyadh on Sunday, Pekka Haavisto, Finland’s foreign minister, said it is important that the EU works with Saudi Arabia, given that the Kingdom has


good relations with all parties in the whole of Africa.

and reiterated his condemnation of deliberate attacks by the Houthis on civilians in Yemen and in Saudi Arabia.

Mandated by the EU High Representative Josep Borrell, Haavisto is visiting the Kingdom and the UAE before traveling to Ethiopia on his second mission as the EU envoy.


International cooperation in this issue is very important,

he said, citing the risks of another conflict in a region where disputes are already rife, including the Sudan-Ethiopia tensions and disagreements among Ethiopia, Egypt and Sudan over the construction of the Grand Ethiopian Renaissance Dam.


The European Union reacted very early on the confrontation in Ethiopia in Tigray and condemned the use of violence,


It was of course very concerned about the new wave of refugees partly coming to the Sudanese side.

Haavisto visited refugee camps on the Sudan side in early February, in addition to holding meetings with Ethiopian leaders in December and February. At the time it was not certain that Eritrean troops were involved in the events of Tigray or that militias were causing turmoil. We have asked the Ethiopian leaders for full humanitarian access to all regions in Tigray, full investigation into human rights violations, dialogue between the parties and a halt to hostilities,


This has been our message also to the neighboring country, Eritrea. We have asked for Eritrean troops to be withdrawn from Tigray.

According to Haavisto, during their meetings the EU team and Saudi officials compared notes on the situation in the wider region and agreed to keep exchanging views on developments as well as explore future possibilities for closer cooperation.


It is very important that we also have a positive view of the whole of Africa, for the development and assessing of those in need of humanitarian aid,


We touched on the situation in Somalia, which is also the burning issue as far as African matters are concerned.

Haavisto sees plenty of possibilities for the Kingdom and the EU to work together.


We have of course been praising the important role of Saudi Arabia earlier on in the peace agreement between Eritrea and Ethiopia and also Saudi Arabia’s constant support to Sudan during its transition process. Saudi Arabia is a country that has good relations with all parties in the whole of Africa, so it’s important that the EU works with Saudi Arabia.

The discussions in Riyadh explored the possibility of a period of calm in Yemen during Ramadan. Emphasizing that the holy month, only two weeks away, might see more negotiations for peace, Haavisto said:


The Saudi leadership mentioned many times how important it is to have peace in the coming month of Ramadan, and I think everybody is requesting that.

I think it should be a united common message from the international community to also bring Houthis to the negotiation tables. We shouldn’t accept additional violence, and particularly people should think about the civilians and the fate of the civilians in Yemen.

On March 7, more than 40 Ethiopian migrants burned to death in a Houthi-run detention center in Yemen. Commenting on the atrocity, Haavisto said:


We have condemned all of the attacks from the Houthis against (Yemeni) civilians and innocent civilians in Saudi Arabia, as well as the spreading of the war to other areas. It is totally unacceptable.

We are supporting the US envoy Martin Griffiths’ work and his proposal on this issue. We have also noted the very positive initiative from the Saudi Arabia government on (reaching) a peace agreement.

This is a moment when we should really ask all sides to refrain from any additional violence or any additional bombings, to come to the table to find a negotiated solution. I think this is a war that has been continuing for too long a time.


First of all, it’s important to mention that the EU, I think, is the second biggest trading partner of Saudi Arabia. So, we have a lot of things in common in the private sector, a lot of common interests to be developed there. Finnish diplomat Pekka Haavisto is visiting Saudi Arabia and the UAE before traveling to Ethiopia on his second mission as the EU envoy. (Supplied)


We have been following very closely the (Saudi) Vision 2030 (plan), the reform of Saudi society — particularly regarding the role of women — the issues of human rights, the issues of the reform of labor laws, and so forth, which are positive steps toward the future.”

We at the European Union are preparing for the coming COP 26 climate conference in Glasgow and fulfilling the climate goals is very important. Also, new environmentally friendly technologies and energy products are something that interest both the EU and Saudi Arabia.

He described relations between the EU and Saudi Arabia as “very good,” noting that Borrel intends to visit the Kingdom soon.


It is very important that we have these personal linkages between EU institutions and Saudi Arabia,

The global fight against the coronavirus was another topic addressed by Haavisto, who said it was not enough for individuals to be immunized if their neighbors were not.


We sometimes use this kind of vaccine solidarity term, that it is not enough that you yourself are vaccinated,


You have to also get your neighbor vaccinated, the neighboring countries vaccinated and then finally the whole world vaccinated.

Haavisto said that the world needs a common information campaign that drives home the importance of vaccination in fighting the pandemic. Additionally, the world cannot afford more new mutations of the coronavirus in countries where the public-health crisis is not under control.


I have found a similar thinking here in Saudi Arabia that we should work on the conditions, because this is also an economic issue in some ways in the world currently — getting economies back to normalcy once the vaccination is working,

Explaining that mutations could only be halted once the world was fully vaccinated, he said that both the EU and Saudi Arabia could work together.


Field health diplomacy and health security are where Europe and Saudi Arabia can cooperate,

Talking about steps to mitigate the impacts of climate change, he said:


Water scarcity is a very, very important issue in this region. I remember several years ago, before the war in Yemen, I visited Sanaa and many people said the city might be one of the first capitals to totally run out of water in this region.

“I think already at that time people spoke about the need for new ways of saving water, and producing drinking water in environmentally friendly ways, using maybe solar and other technologies.

Eritrean opinion on the matter, straight up!

#HumanitarianismPolitics: A brief timeline of how western countries massacred millions of Ethiopians, using Famine as a weapon to impose their policy. 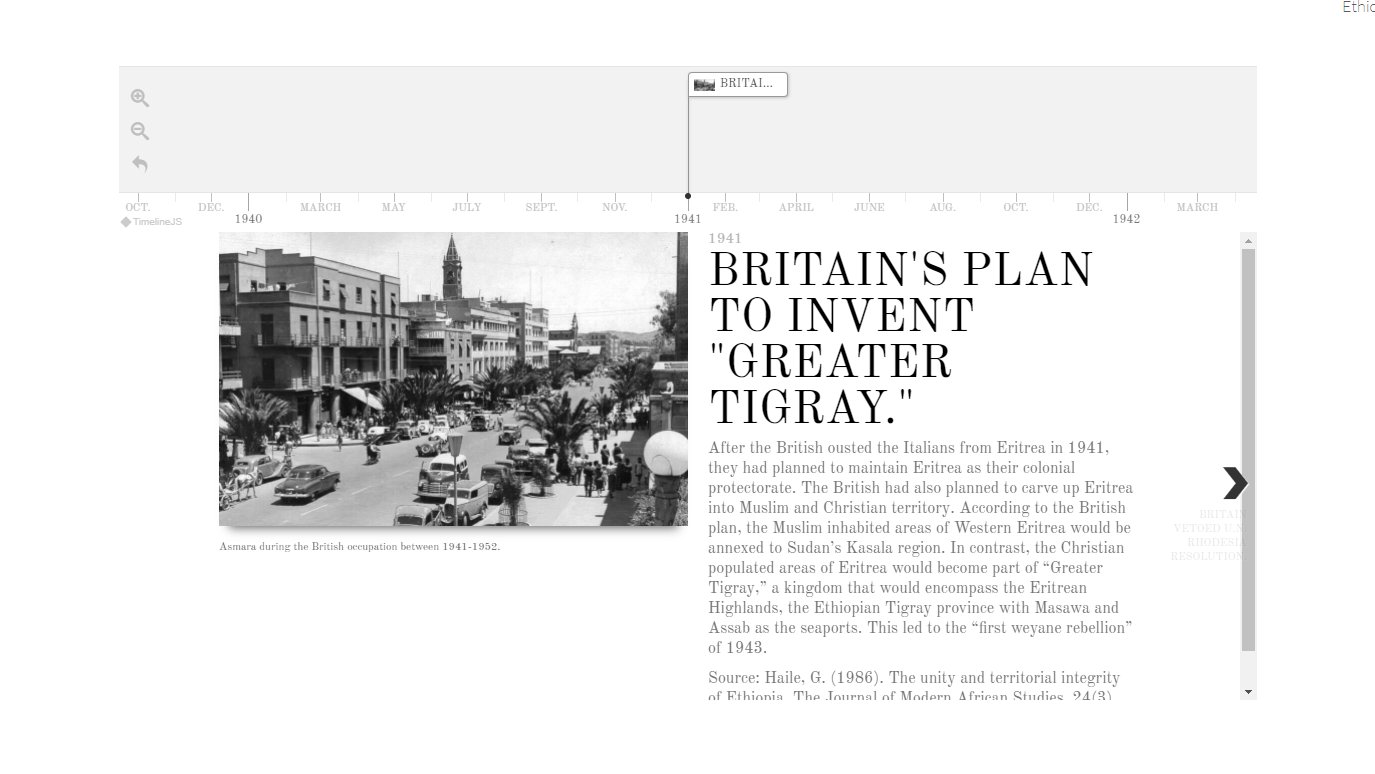 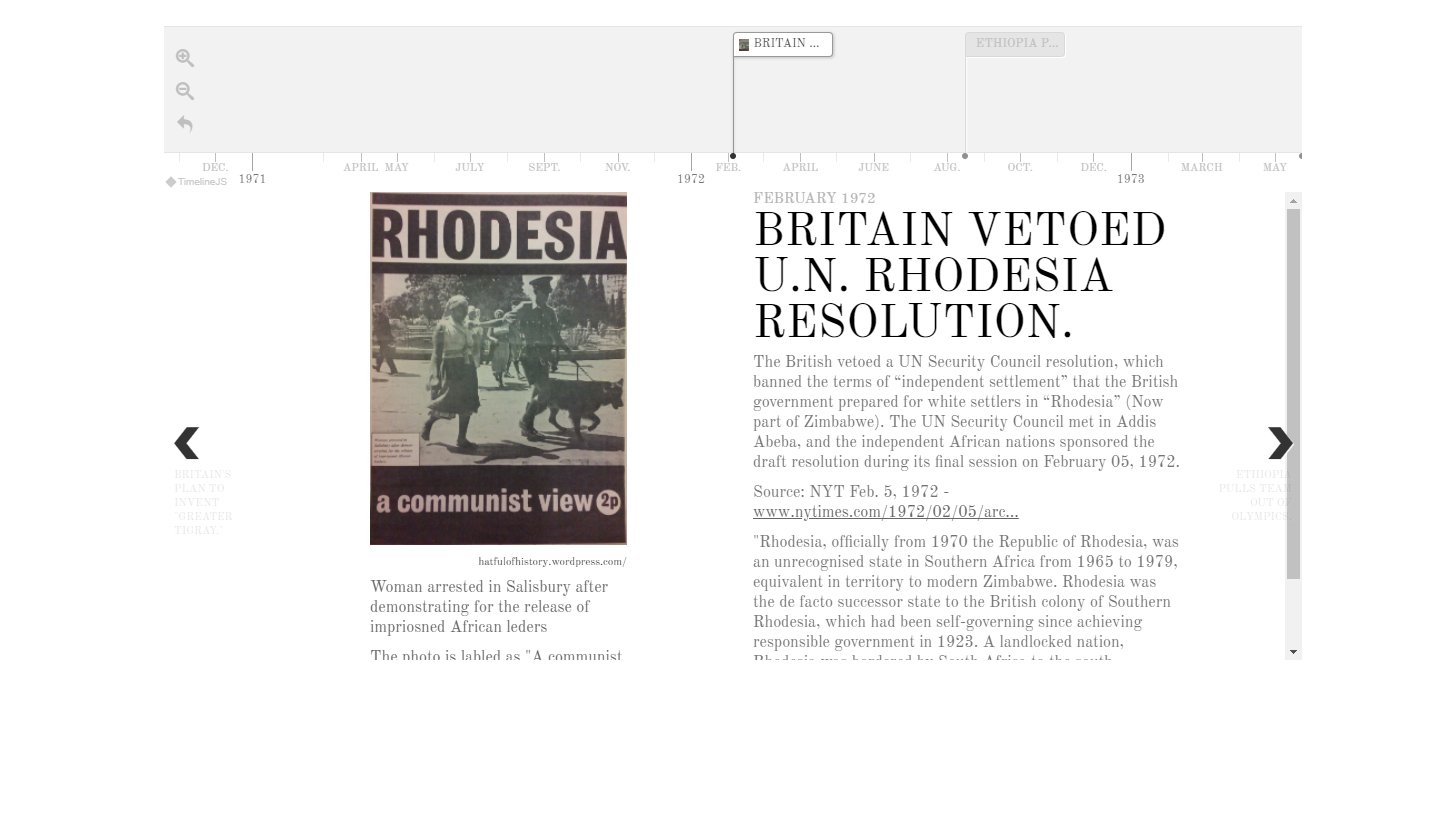 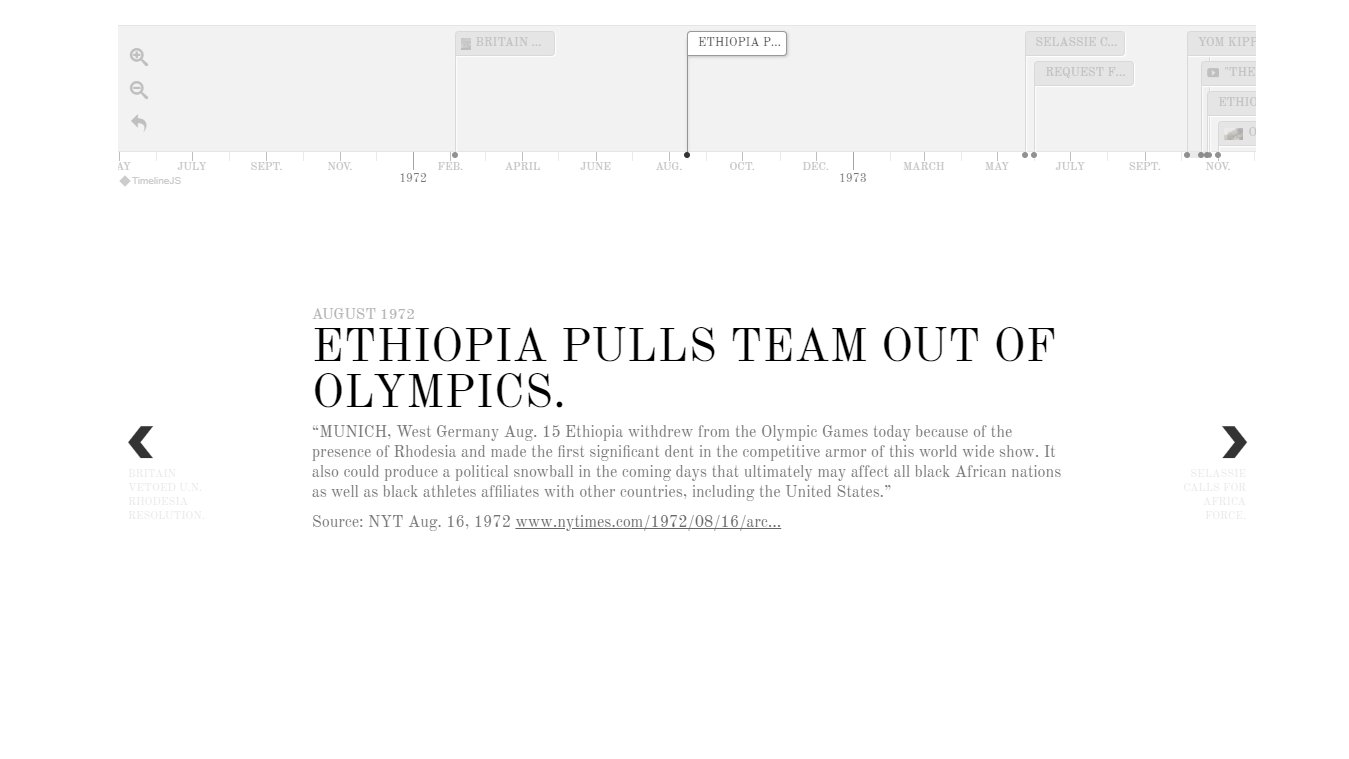 AUGUST 1972: ETHIOPIA PULLS TEAM OUT OF OLYMPICS, because of the presence of Rhodesia 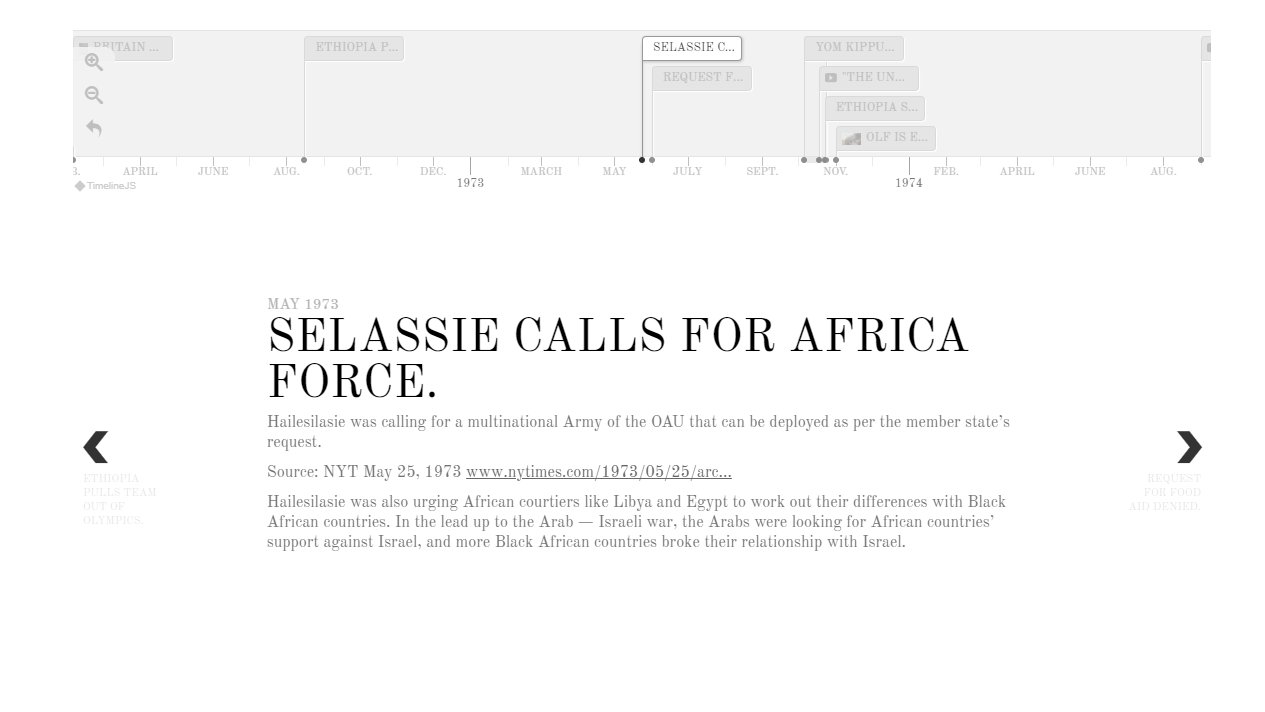 MAY 1973: SELASSIE CALLS FOR AFRICA FORCE. 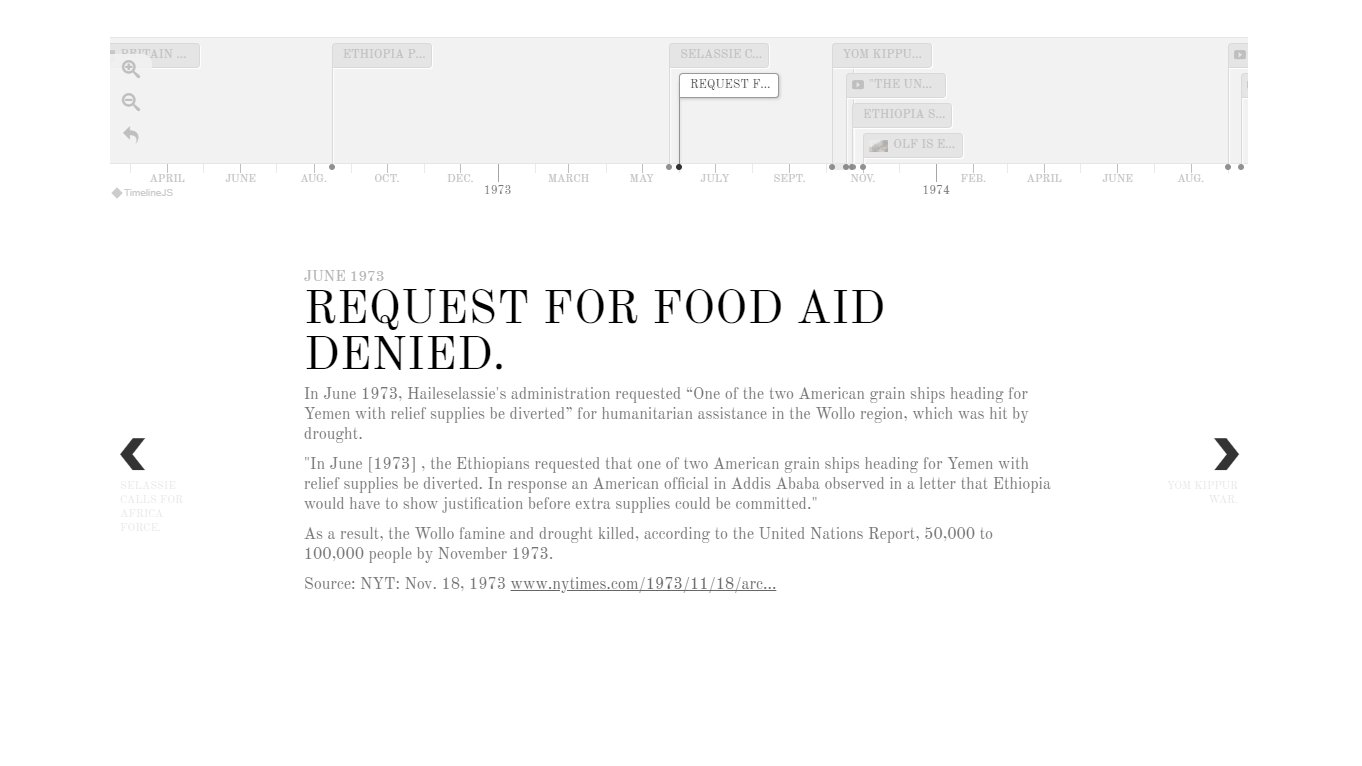 
An American official in Addis Ababa observed in a letter, that Ethiopia would have to show justification before extra supplies could be committed. 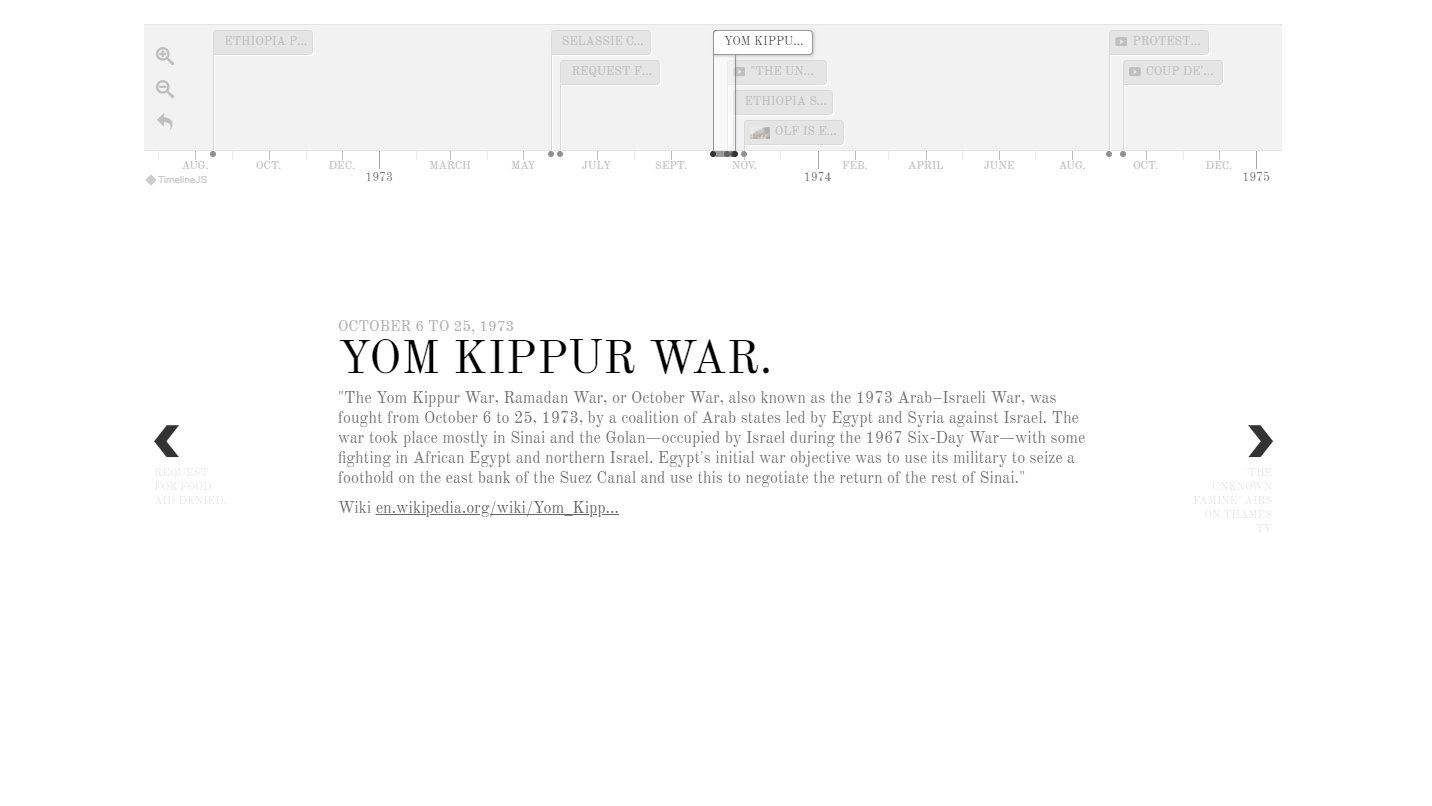 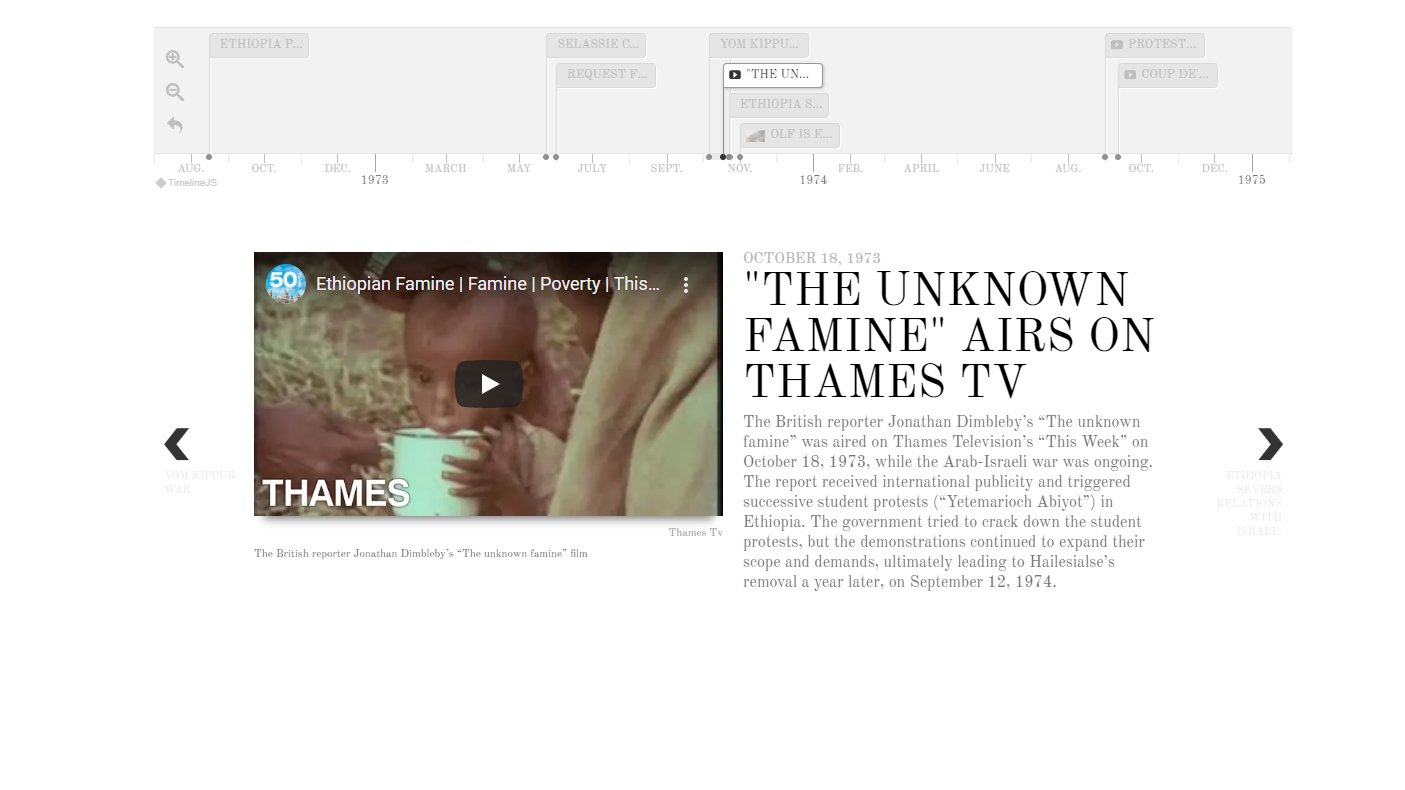 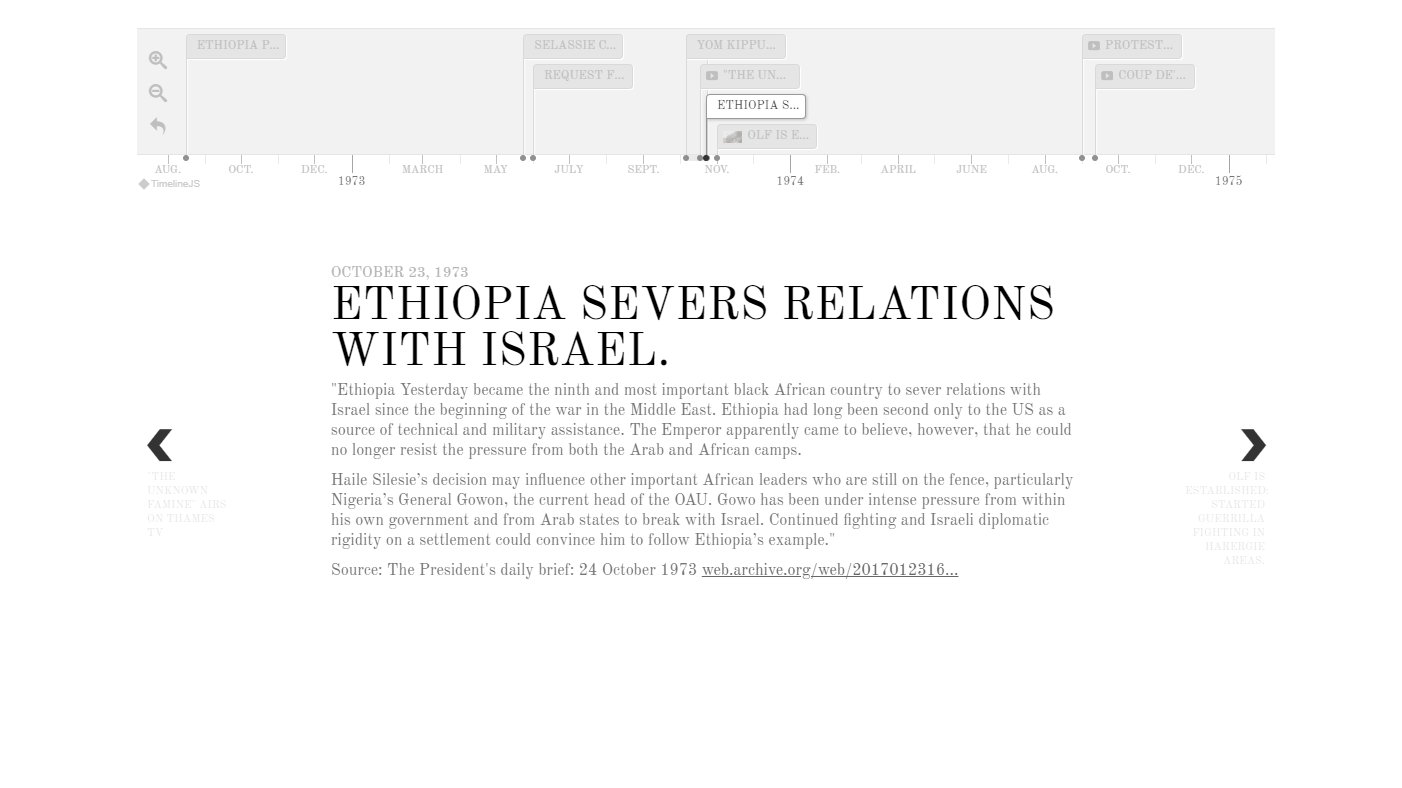 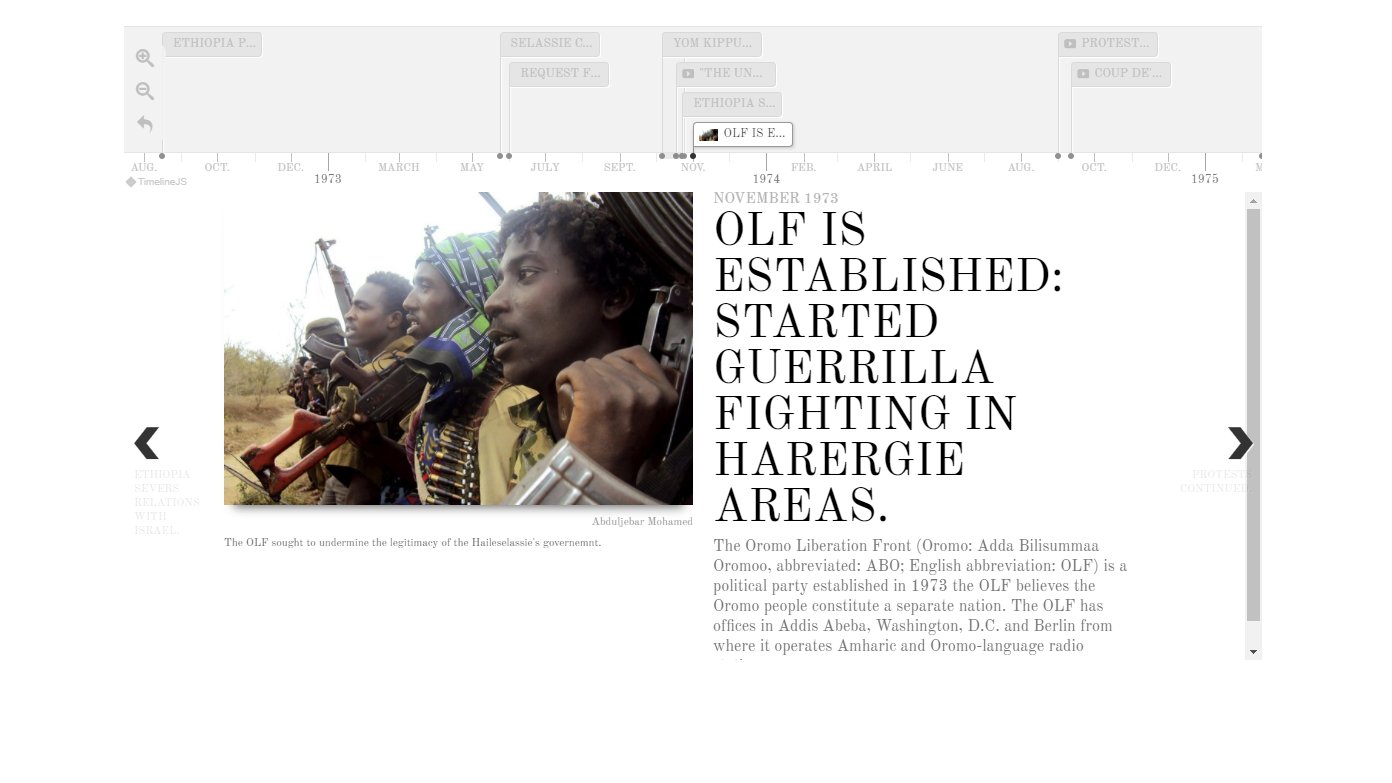 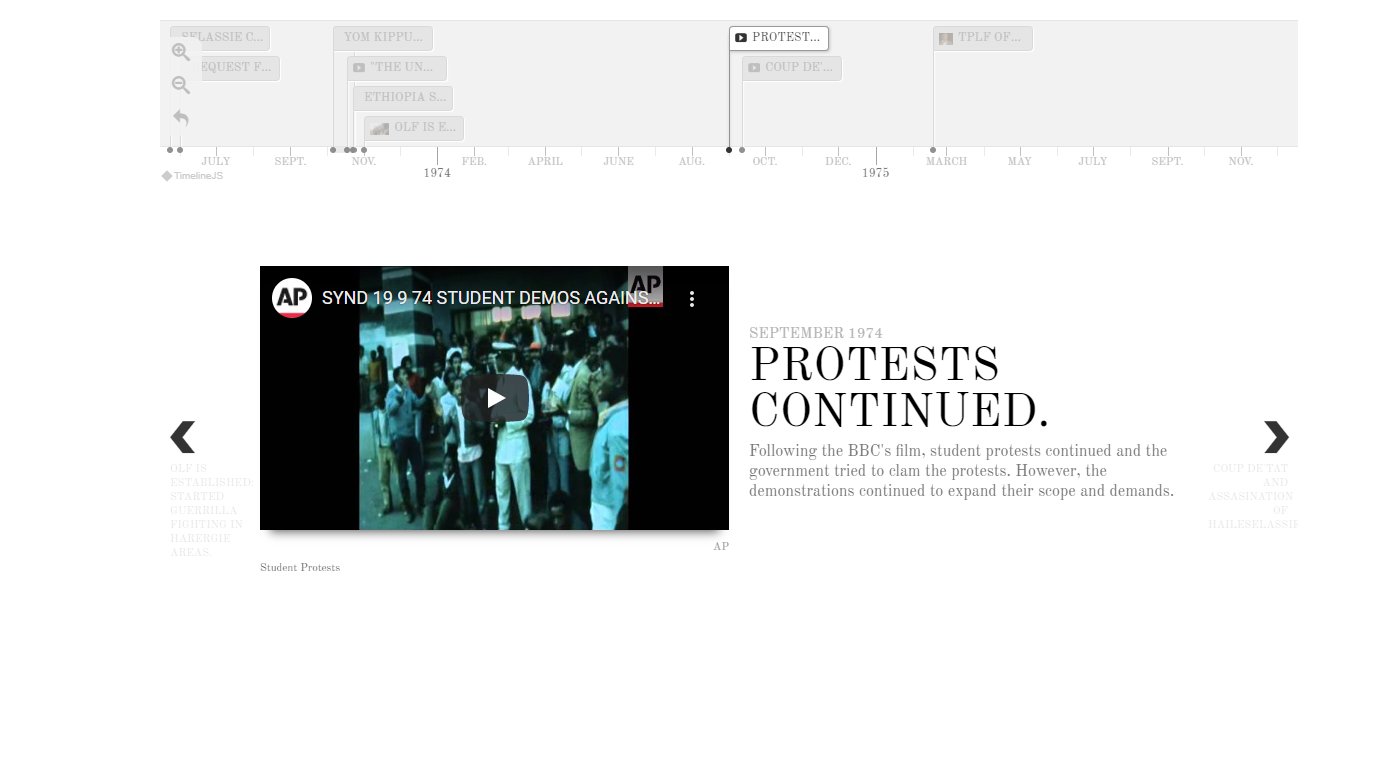 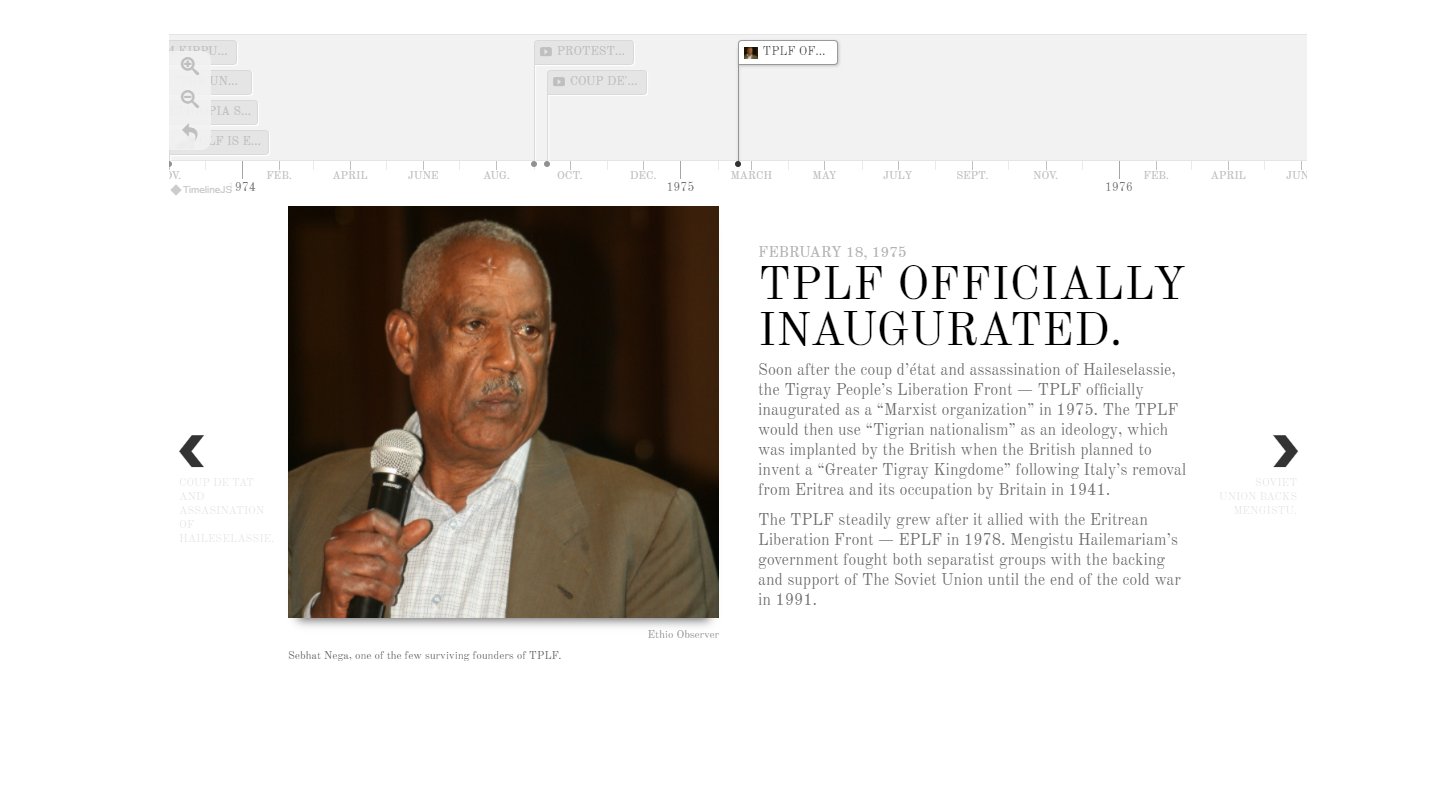 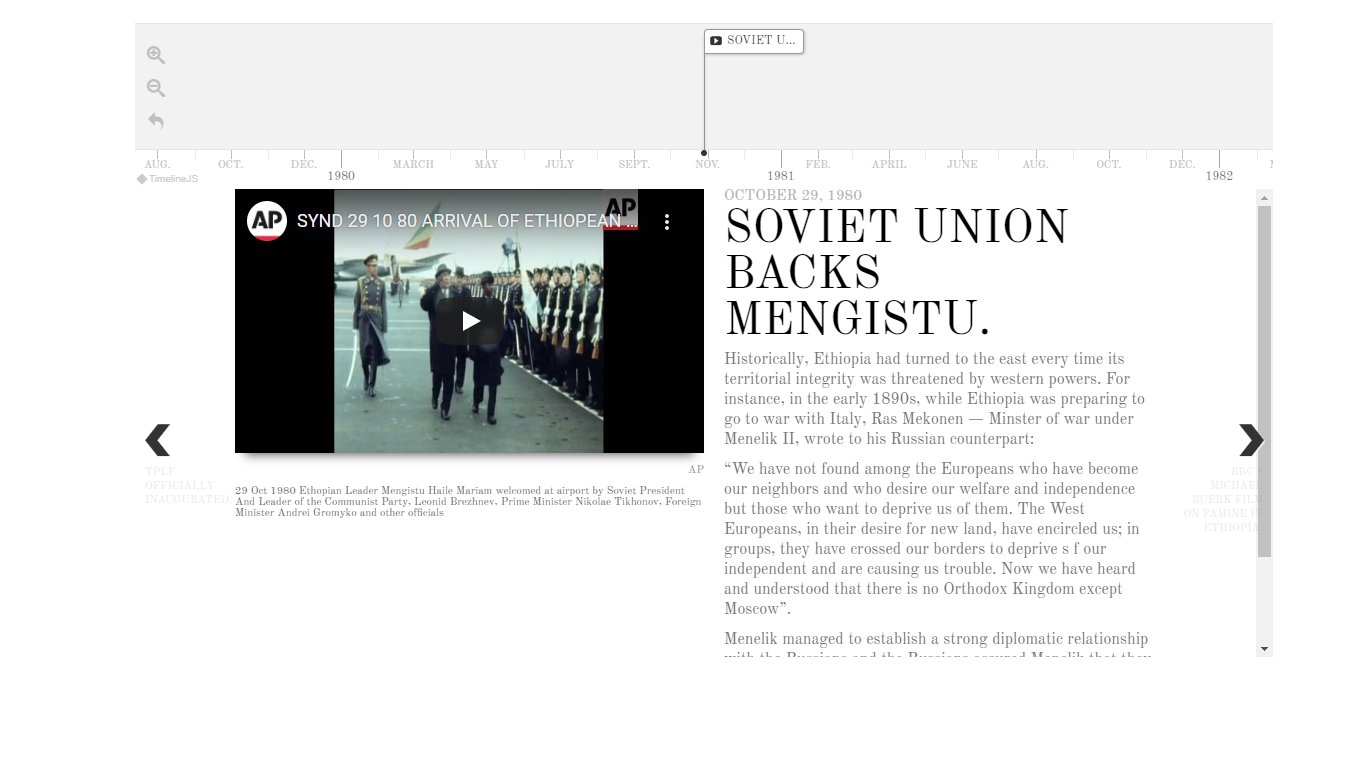 The Soviet Union was one of only five nations which refused to acknowledge Italy's colonial Annexation of Ethiopia, after Mussolini’s invasion. 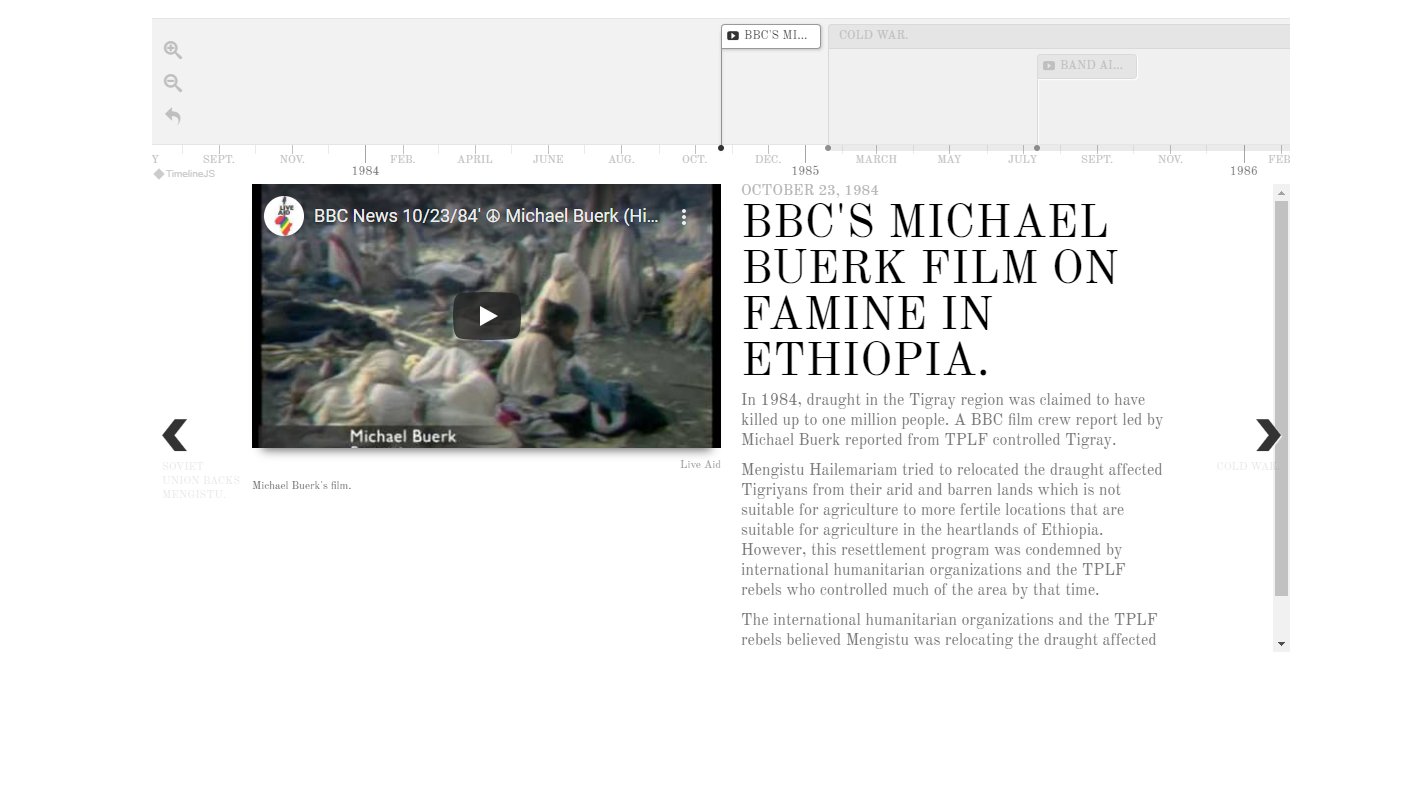 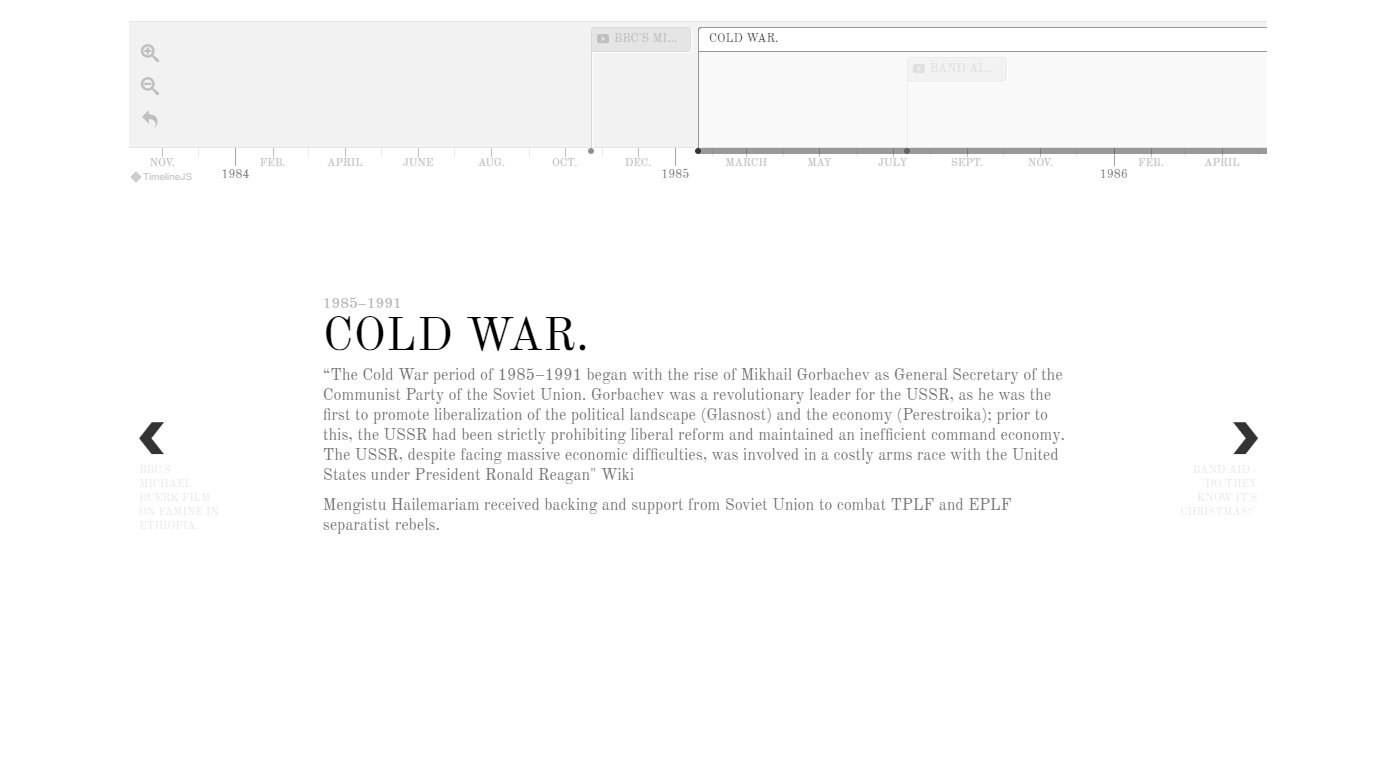 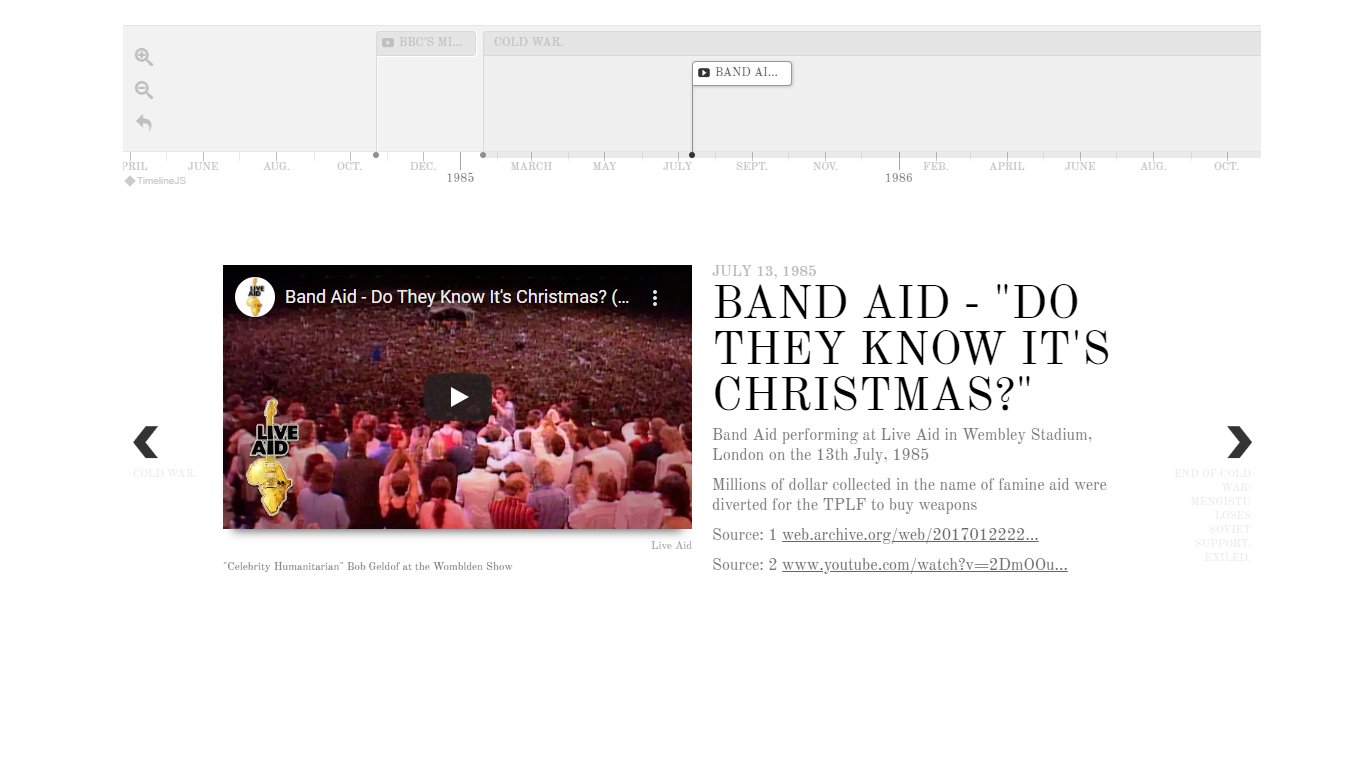 Millions of dollars, collected in the name of famine aid, were diverted for the TPLF to buy weapons. 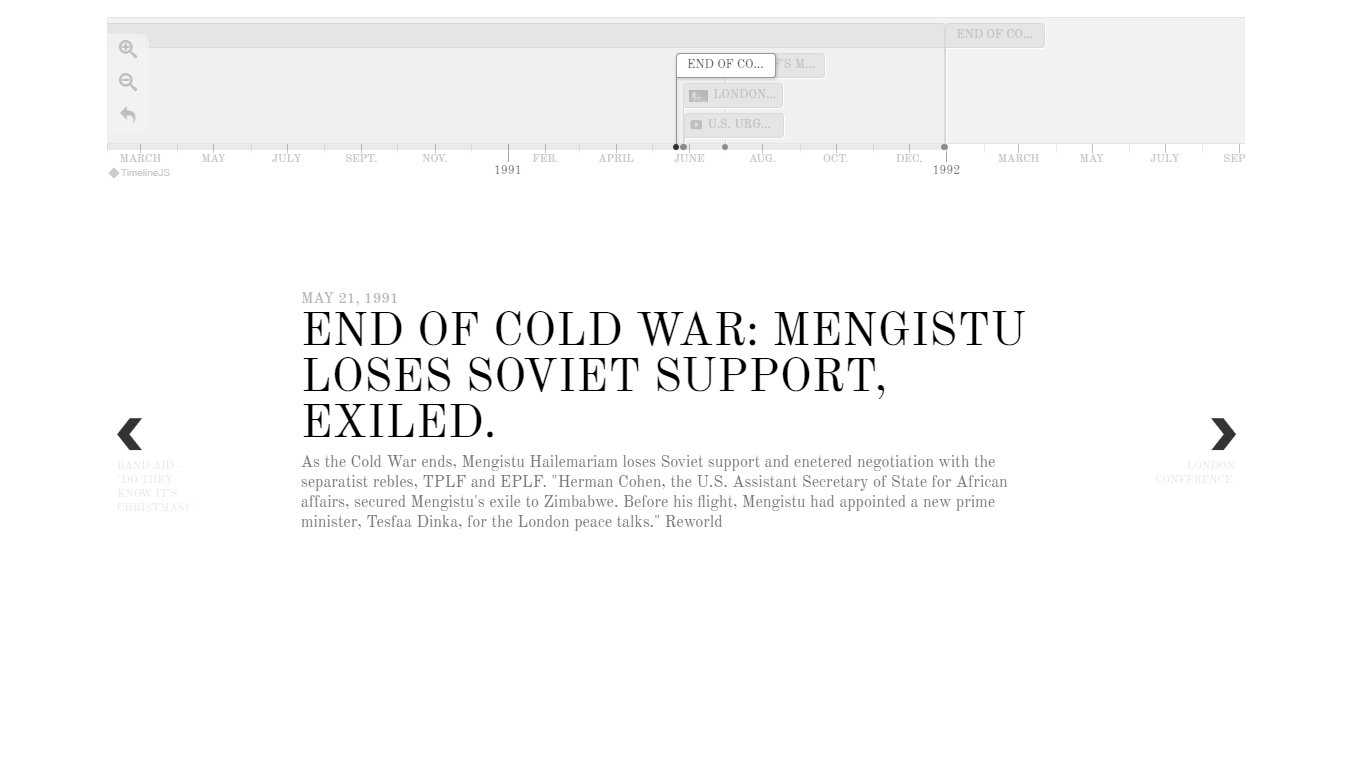 As the Cold War ends, Mengistu Hailemariam loses Soviet support and entered negotiation with the separatist rebels: TPLF and EPLF. 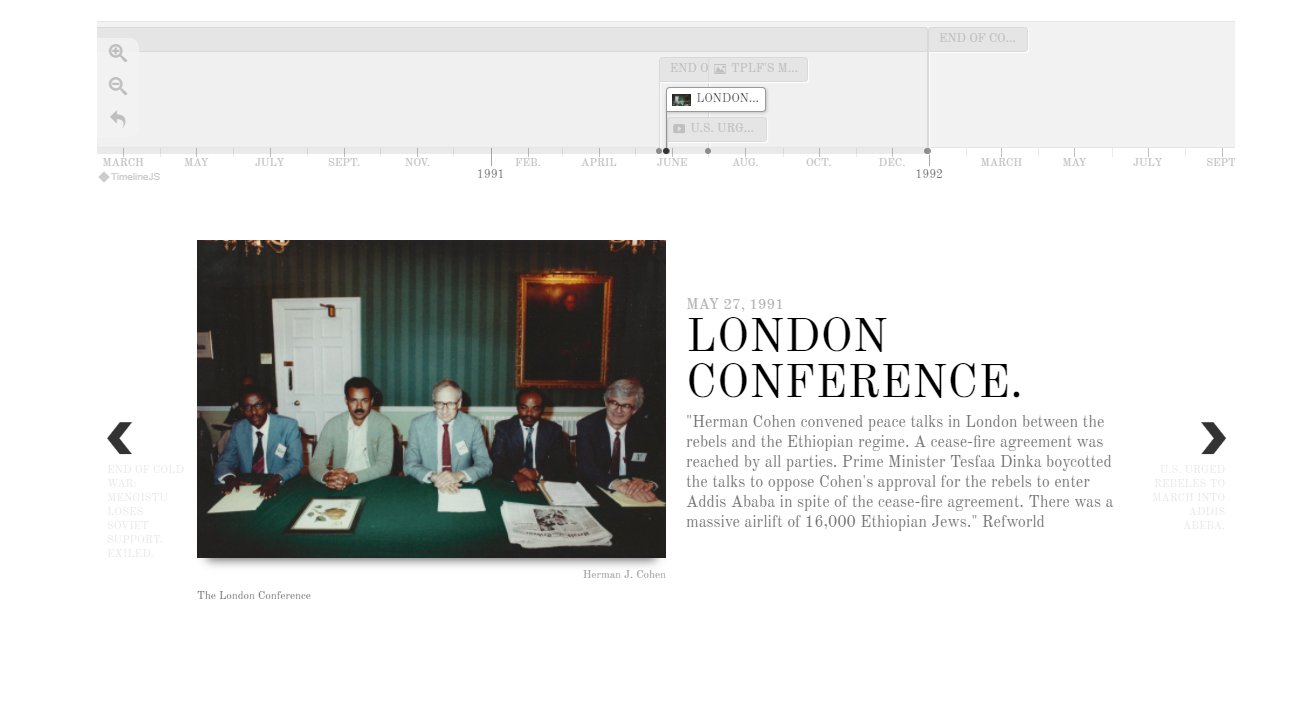 Prime Minister Tesfaa Dinka boycotted the talks, to oppose @CohenOnAfrica's approval for the rebels to enter Addis Ababa in spite of the cease-fire agreement.

There was a massive airlift, of 16,000 Falashas. (This was, Herman's only accomplishment) 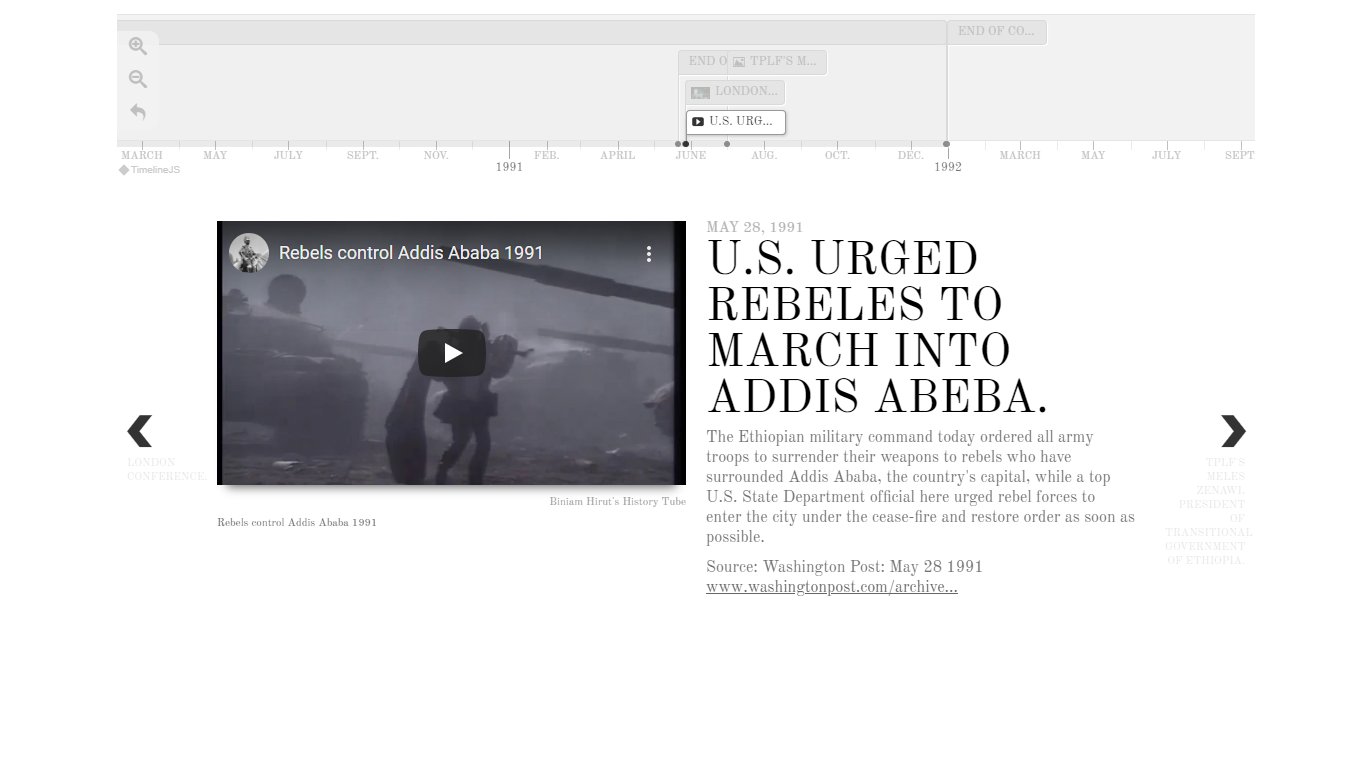 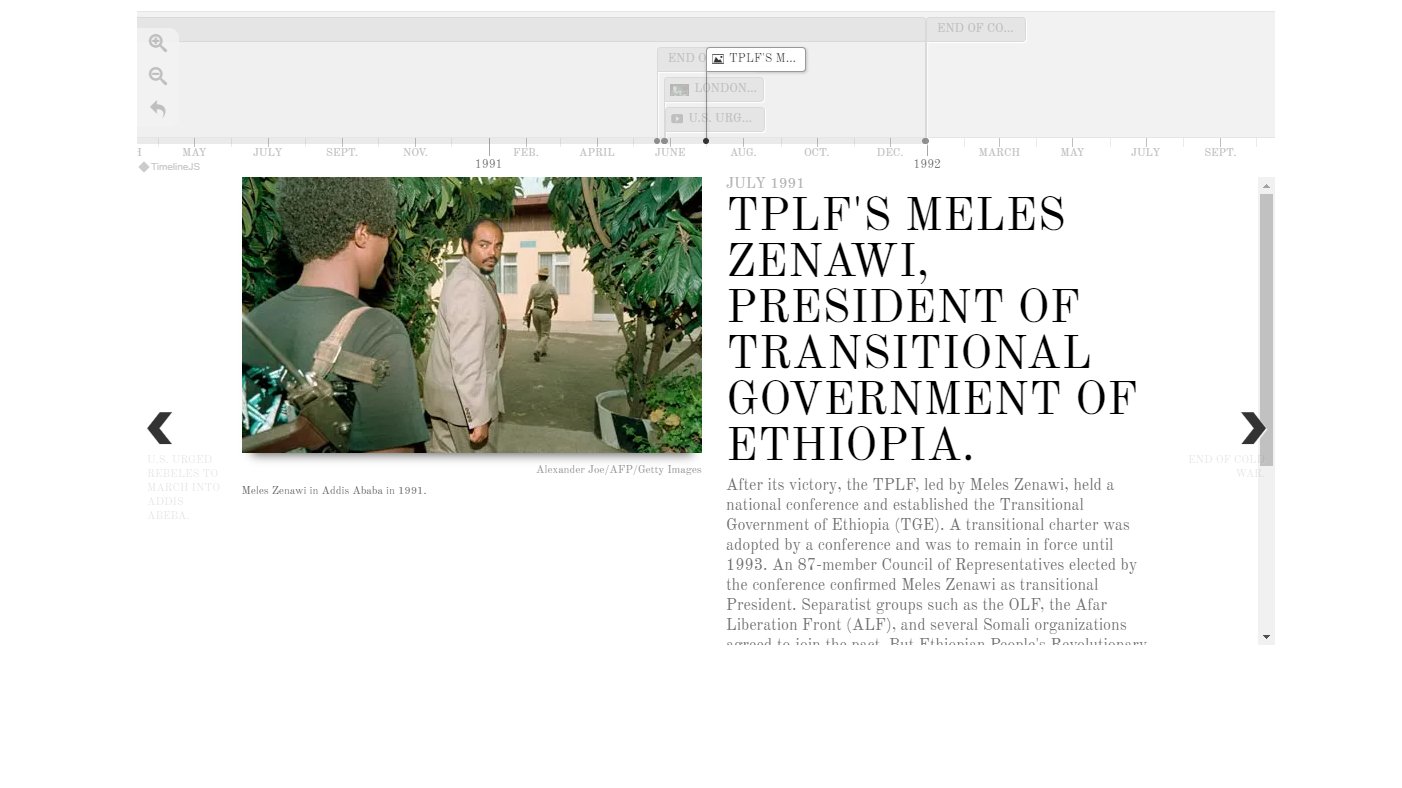 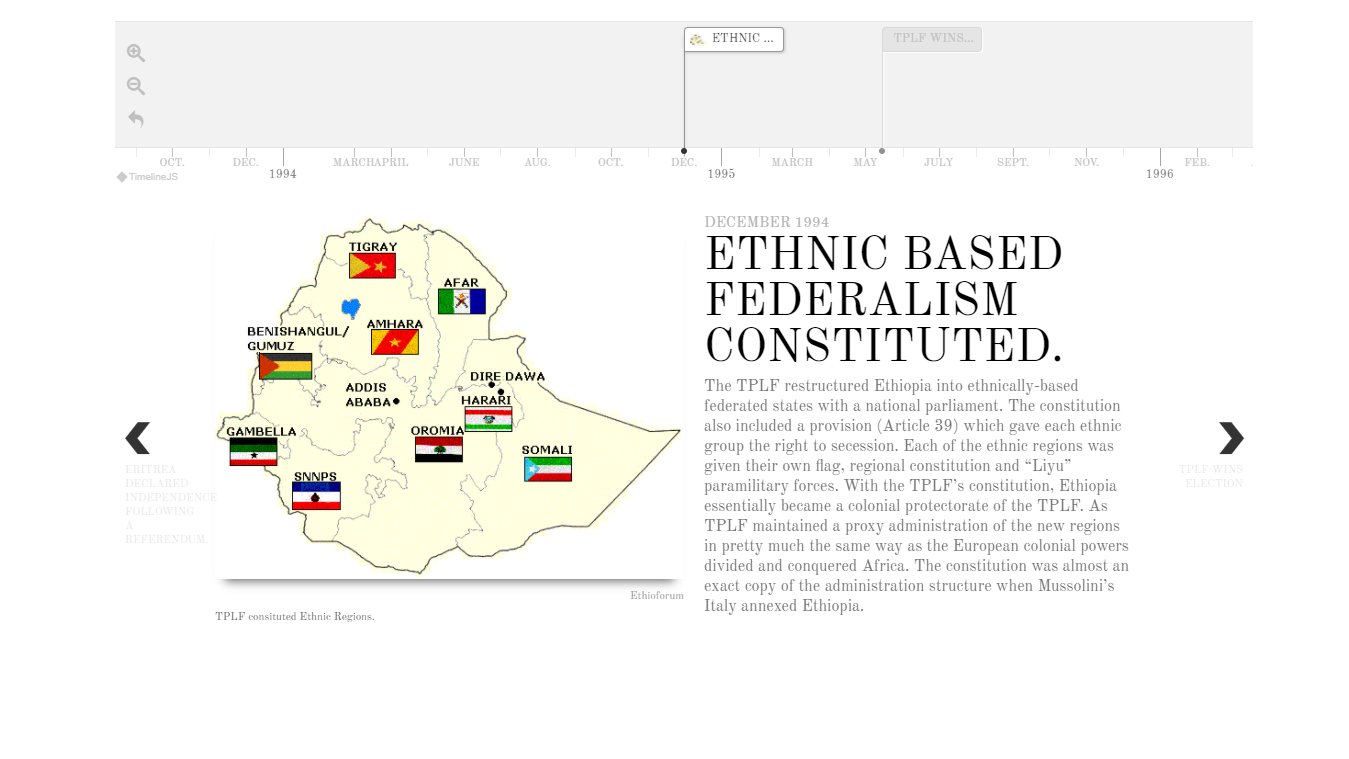 TPLF's administration of the new ethnic regions was pretty much the same way, as European colonial powers divided & conquered Africa. The system was almost an exact copy of the structure, when Mussolini annexed Ethiopia.
(Menelik III: @GurageFirst)

This #EU legman should be banned from the #HoA. #Ethiopia should make clear that this level of interference is extremely undesired.


I guess that is expecting too much from Ethiopia. The West is blackmailing Ethiopia and it is getting away with it. Would any sensible government allow spies to enter Ethiopia/Tigray under the guise of journalism ? Would any sensible government allow criminal elements - remnants of TPLF ,hate groups and individuals, and so-called Ethiopian human rights advocates with private agenda - to freely operate in Ethiopia ? Why did the Ethiopian government allow Al-jazeera (CIA -men collecting fake reports for UNSC ) to carry out its extremely dangerous anti-Eritrean and anti-Ethiopian activities in Tigray ? Unless things are taken seriously one day it could be too late for regrets !!
Top