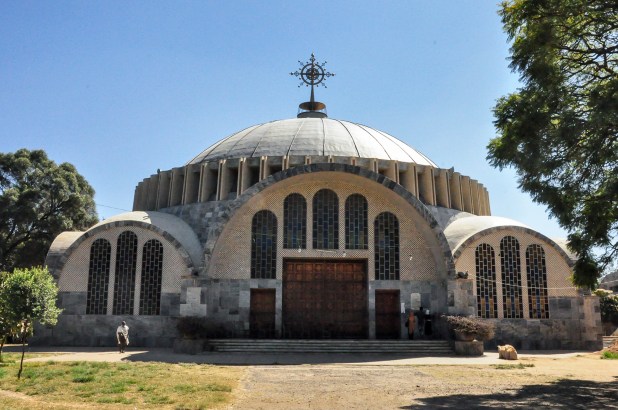 At least 800 people were reportedly killed in Ethiopia as worshippers and soldiers risked their lives to protect what Christians there say is the sacred Ark of the Covenant from local militia.

Ethiopian Christians claim the Ark — the wooden chest built to hold the Ten Commandments of Moses — is being kept safe in a chapel in the holy northern city of Axum in the Tigray region.

The battle between Ethiopian soldiers and rebel fighters happened in the fall, The Sunday Times reported, but it is only being reported now.

“When people heard the shooting they ran to the church to give support to the priests and others who were there protecting the ark,” Getu Mak, a local university lecturer, told The Times.

“Certainly some of them were killed for doing that.”

Little was known about the deadly siege since Tigray is cut off from the world and journalists had been blocked from entering the region.

A deacon residing in Axum told the Associated Press he helped count the bodies, gathered victims’ identification cards and assisted with burials in mass graves.

Re: At least 800 Ethiopians killed after defending ‘Ark of the Covenant’ (NY Post)

Very funny that none of the Agames who have come up as witnesses to the massacres had a camera. Does anyone who has a couple of brain cells believe that 800 bodies could disappear into thin air with no evidence? Did their bodies evaporate and become carbon-dioxide? What about the bloodied floors of the church or the yard? How were they cleansed with no trace of the massive blood of 800 human bodies? It is one thing for the dumb agames to make their crazy allegations but quite another matter for the Western fake news media to repeat the Agame lies unchallenged. Why are Ethiopians taking this lying down? I think they need to flood the fake news media with their objections and condemnations. It is too absurd!
Top

Re: At least 800 Ethiopians killed after defending ‘Ark of the Covenant’ (NY Post)

The fact that there is no freaking thing called as ark of covenant makes the killing claims null and void.
Just like you filthy agame can't prove the existence of the ark of covenant, I am 100% certain that no dumb as*s agame can prove that the killings happened.
Stop lying you filthy agames.
How on earth is some one to believe what you say when you start by lying there is such crap?
Top
Post Reply
3 posts • Page 1 of 1