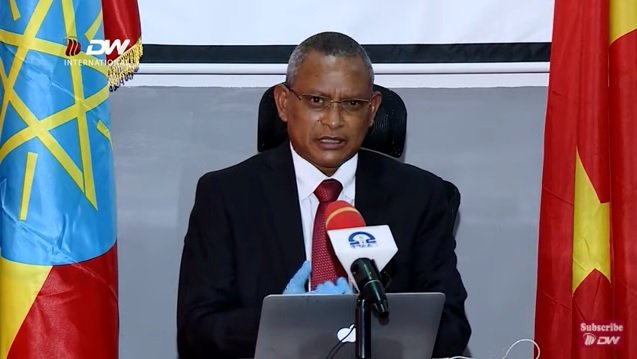 1. The agames who used to make slogans like " From the sky Mariam Tsion and from the ground Debretsion" will finally realize that their fantasy that TPLF will come back will be over... Once they witness a handcuffed Dr. Debretsion...

2. Agames will start to accept the current provisional government of Tigray once they witness that Dr. Debretsion is captured and in prison.. They will finally give up on the coward TPLF Junta

3. Many of the confused agames in Diaspora who still believe that "there is war in Tigray" will realize that it is over and Tigray is under full control of the Nobel Peace Prize Winner Excellency Prime Minister Dr. Abby Ahmed aka 'Meshrefet

4. Last but not least, I think there is strong possibility that the people of Ethiopia might give Dr. Debretsion a second chance after putting him in prison just for few years..

If it happens that he is killed, there will still be many agames who won't believe the report of his death...Because of that , the extremist agames in diaspora will keep on making noise and may be some agames in Tigray might still expect TPLF Junta led by Debretsion would be back... In this case, the Federal Government will be forced to show the photo of Debretsion dead body to convince he is dead... That is the only way, the current Provisional Tigray govenement will lead the tiny killil with full attention of the people of Tigray...

If it happens that for some reason Dr. Debretsion gets killed, may God Rest his soul in PEACE!!

Re: Let's Pray for Dr. Debretsion and here is why...

I also think Debretsion is perhaps the better evil of all. He isn’t a bad person Persia. If he had his way, I believe like many people, he would have loved to evacuate Badme peaceful (not by force as we had to do that now) created good peaceful coexistence between his Agame clan and Eritreans; he would also have joined PP and worked with Dr. Abiy on friendly terms. However, the extremist, such as the cowards, Seyum Mesfin, Sebhat Nega, Abay Tsehaye, Alem Gebrewahid and Getachew Assefa and Reda wouldn’t let him do that. As you stated, he had no power. Now, the extremist had eaten the dust which were all thrilled in both side of the border, but I can’t say that if Detsi received the same fate. I just hope he surrenders and get a slap in the rust and let him go back to a civilian life. All indications thought, he may get the same fate as Seyum Mesfin.
All times are UTC-04:00
Page 1 of 1
Powered by phpBB® Forum Software © phpBB Limited
https://www.phpbb.com/