Abiy Ahmed won the the Nobel Peace Prize in 2019. .. Allo said Abiy's dream is to take the country "back to the imperial era... He seems fairly determined to impose his idea of national unity on an ethnically diverse country, and I think that is the central problem the country is facing," Allo said. "He wants to move away from ethnic-built politics to what he calls pan-Ethiopian, that returns a particular glory of the Ethiopian state. But most people see the glory that he talks about were the glories of one particular ethnic group -- the Amharas."

LONDON -- Ethiopian Prime Minister Abiy Ahmed, 44, burst onto the international scene as a leading light in African politics when he won the Nobel Peace Prize in 2019.

Abiy received the award primarily for his efforts in ending one of the continent's most protracted conflicts -- a decades-long frozen war between Ethiopia and neighboring Eritrea -- with the Nobel committee also commending his efforts to "build democracy" and his contributions to "peace and reconciliation" in East Africa.

"Over the past few months, Ethiopia has made historic investments in peace, the returns of which we will see in years to come," Abiy said in his acceptance speech. "We have released all political prisoners. We have shut down detention facilities where torture and vile human rights abuses took place."

As the phenomenon dubbed "Abiymania" took hold at home, the new prime minister was even compared to Nelson Mandela in some quarters of the international press. 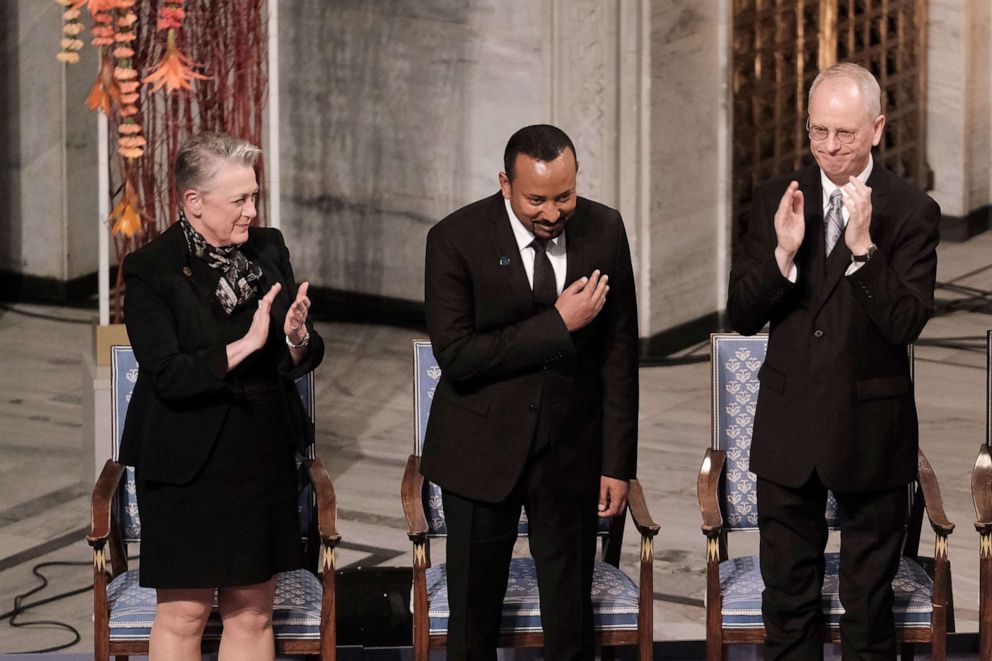 Now, just one year after that speech, the Ethiopian leader has a very different reputation. Several experts told ABC News that not only has he failed to live up to his early promises, he has unleashed a wave of repression, locking up those he once freed, advancing a dangerous form of nationalism and indefinitely postponing elections.
Rise to power.

Daniel Mekonnen, a Geneva-based independent consultant and director of the Eritrean Law Society, who counted himself among the optimists when Abiy rose to power, agrees. .. One of his main problems," Mekonnen explained, "is his fantasy with an old and dysfunctional dream of Ethiopia as an empire, a project too dangerous to be implemented in present day Ethiopia without a huge cost to human security."

Abiy, the former head of one of Ethiopia's top security agencies before his career in politics, was appointed prime minister in April 2018, becoming the continent's youngest national leader, after the unexpected resignation of Hailemariam Desalegn following months of anti-government protests.

Abiy was tasked with leading Ethiopia's transition to democracy on the condition he would invite back exiled opposition, according to Awol Allo, a former admirer of Abiy and lecturer at Keele University in England. Ethiopians, yearning for change, welcomed his vision of renewed democracy and human rights-led governance. 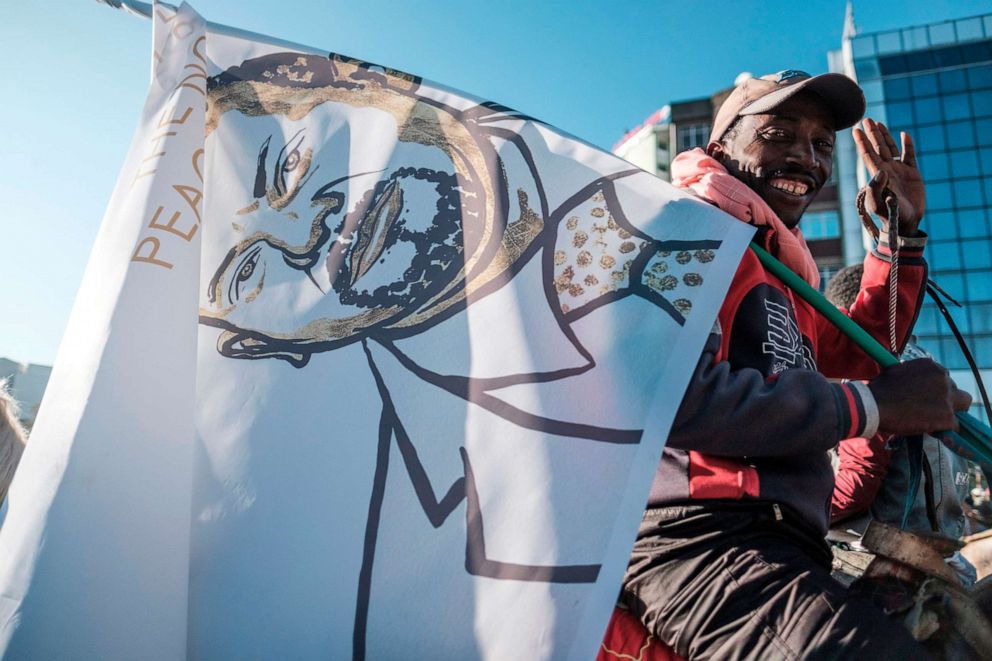 "I think most of the accolades and admiration that Abiy received at the beginning largely emerged out of the desperation of the Ethiopian public for some kind of change," Allo told ABC News. "This is a society that has not really seen a head of government that even pretends to want to make things good for them, to want to be democratic and address the urgent needs and demands of the public."

The opposition in exile were invited back into Ethiopia's political fold soon after Abiy's appointment, and political prisoners of the previous regime were released. Meanwhile, eye-catching policies such as the selection of an equal-gendered cabinet and the promise to plant a million trees stoked excitement both at home and abroad. But it was the peace secured with neighboring Eritrea that truly captured the world's attention. The conflict, though frozen in a "no peace, no war" stalemate for 20 years, was marred by deadly violence throughout the 1990s that claimed an estimated 100,000 lives.

For a moment, Abiy's premiership appeared to be a new dawn over one of the world's poorest countries.

But within weeks of accepting the Nobel Peace Prize, Abiy already was deploying the language of a very different leader -- saying that Ethiopia was "readied" for war with Egypt over an ongoing dispute over the Nile dam. Citing "domestic concerns," he refused to take questions publicly after the award. Very quickly, it became clear at home the Abiy's intentions were quite different from his international image.

"In terms of the Nobel itself, it is very difficult to think of a political leader who was awarded the prize that conducted himself in the same manner," Allo said. "[It is] now very clear that all accolades and praises showered on him, including by myself, were premature."

The return to oppression

Human rights groups have issued repeated warnings about Abiy's recent actions. In March, millions of Ethiopians in the western Oromia region faced a government shutdown of the internet and phone services -- just as the coronavirus pandemic began to take hold. Thousands were arrested after the killing of Hachalu Hundesa, an outspoken popular singer, with a police crackdown on intercommunal protests that left at least 177 killed over the summer, according to Amnesty International.

Elections have been twice delayed this year, now indefinitely, due to the pandemic. Those same opposition groups who were invited back from exile have since been locked up, according to Allo.

"The man came out of nowhere, changed the party, and he knows the party could not win a competitive election," he said. "So what did he do? He rounded everybody up and put them in jail." 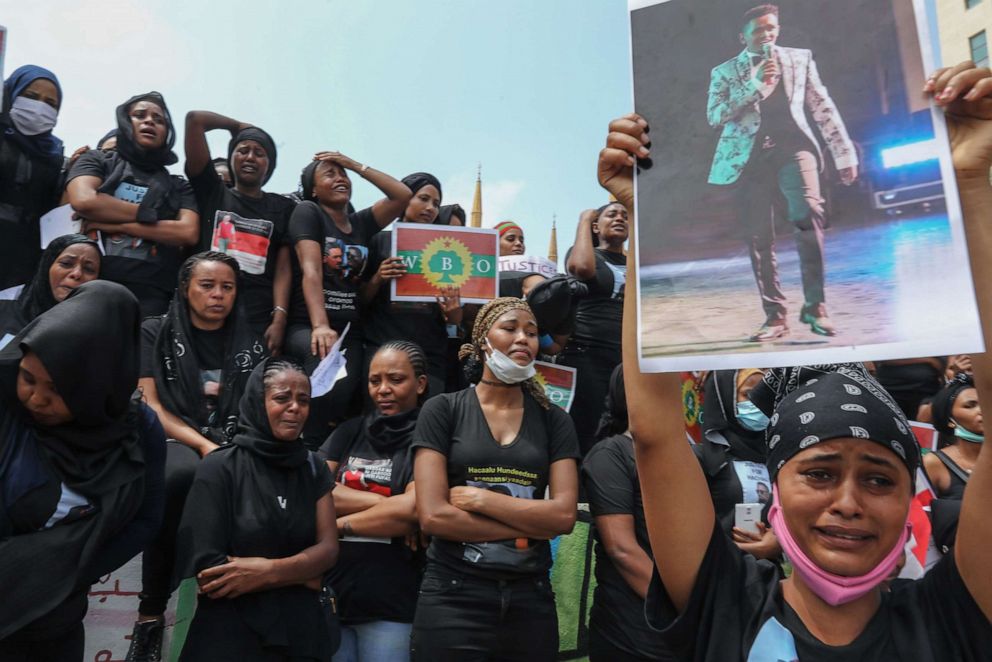 Most shocking of all, Ethiopia's security services were accused of "horrendous human rights violations" in response to communal violence and attacks by local armed groups in the Amhara and Oromia regions, including rape, extrajudicial executions and arbitrary detentions.

"The Ethiopian authorities have made notable progress in changing the country's bleak human rights record," Amnesty International's director for East and Southern Africa, Deprose Muchena, noted back in May. "However, it is unacceptable that the security forces should be allowed to carry on committing human rights violations with impunity."

What can explain the change in Abiy, a former darling of the international human rights community now accused of leading a police state?

To understand Abiy, according to Allo, you have to look back to the time, before the 1974 Revolution, when Ethiopia was ruled by emperors -- the last of whom was Haile Salaisse. Now, Ethiopia is governed under a federation of nine territories given autonomy. But in the imperial period, Allo said, the Amhara ethnic group proved dominant in culture and language, exercising national control over the provinces. 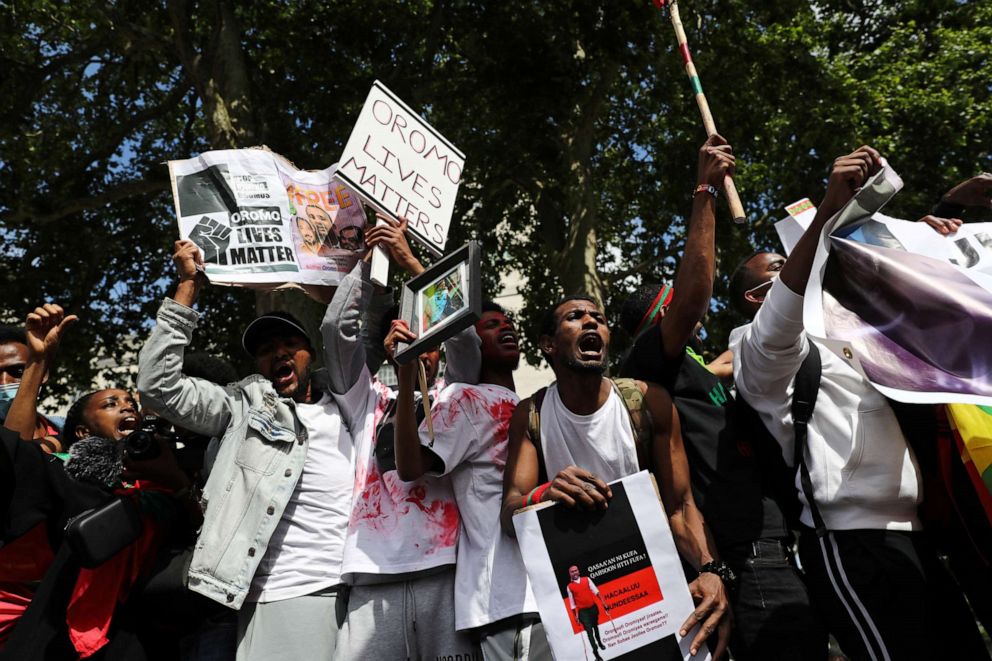 Allo said Abiy's dream is to take the country "back to the imperial era."

"He seems fairly determined to impose his idea of national unity on an ethnically diverse country, and I think that is the central problem the country is facing," Allo said. "He wants to move away from ethnic-built politics to what he calls pan-Ethiopian, that returns a particular glory of the Ethiopian state. But most people see the glory that he talks about were the glories of one particular ethnic group -- the Amharas."

Other experts, such as Yohannes Gedamu, a lecturer in political science at Georgia Gwinnett College in Lawrenceville, Georgia, are not so pessimistic. He points to Ethiopia's long history of suppressing descent and the problems of a "highly entrenched ethnic state" as reasons for Abiy's policies.

"The problem is that Abiy has inherited a highly repressive state, and, to this day, he is working with individuals from the old regime," Gedamu told ABC News. "While I think that [the prime minister] could still be committed toward a democratization process, I highly doubt that he has been surrounded by capable individuals and advisers in his administration that would join hands to lead the country."

In the meantime, however, there looks to be no let-up in what analysts perceive as an increasingly oppressive regime. For now, the risks of Ethiopia fracturing ever further are "high," the impact of which would be "too much to bear for the entire Horn of Africa," according to Mekonnen. 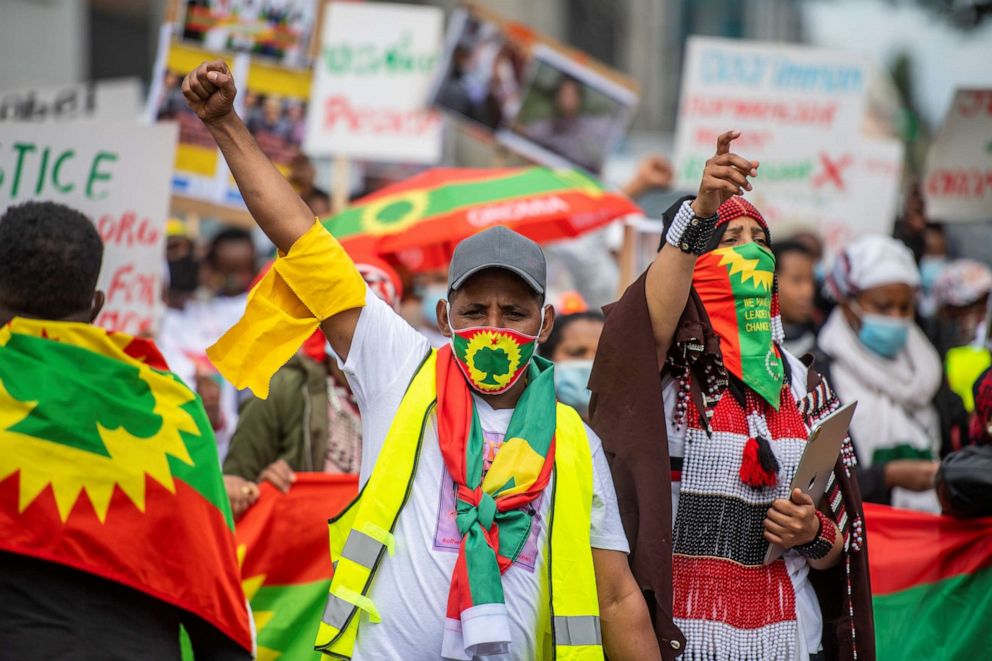 "He is intent in winning the next election, whatever it takes, even if it drives the country to the cliffs," he said. "It is frightening to think about it, from a human security point of view."