El-Fashaga The Badme of Sudan

El-Fashaga The Badme of Sudan

by TesfaNews
BY MIDDLE EAST MONITOR

Ethiopians are still controlling more than 500,000 acres of land on the Sudanese side of the border in the area of El Gedaref, according to Sudanese farmers angry that an agreement to return the agricultural land has not been honoured.

The allegations have been made in a statement issued by farmers from the El Fashaga area in Eastern Sudan who claimed that Ethiopians have not returned sections of agricultural land upon which five residential villages have been partly-constructed.

Al-Fashaga is the new Badme. A land grab or not, why would the government of Sudan allow its land to be farmed by Ethiopians for decades?

Attempts to resolve the issues have been ongoing since 2013 when a joint Sudanese-Ethiopian Committee agreed to end disputes between farmers from the two sides of the border over the ownership of agricultural land.

In a statement last week, the Governor of El Gedaref state, Mirghani Saleh claimed a small area at El Gedeima, not exceeding 15,000 acres, had been returned from Ethiopian farmers. 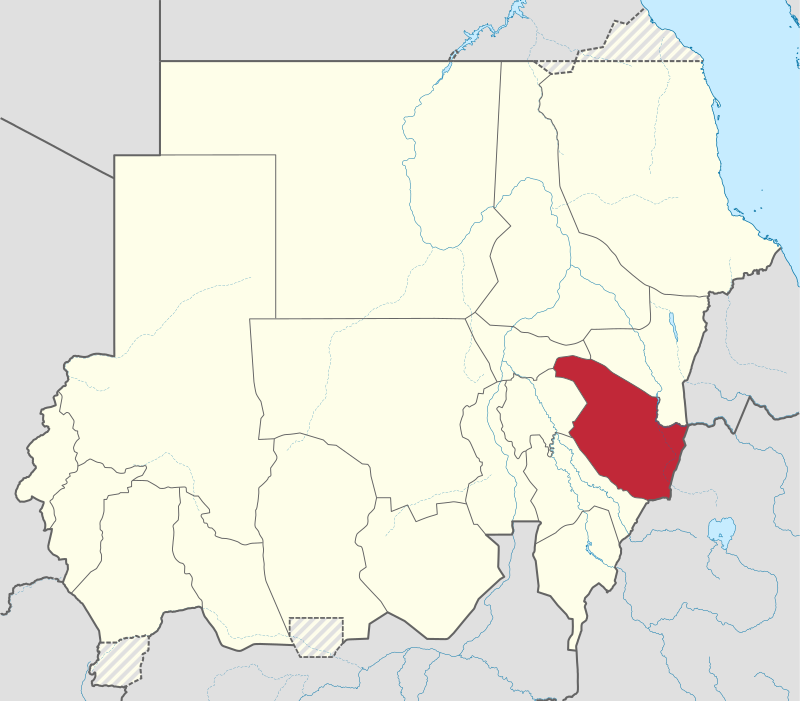 However, Sudanese farmers and the area’s local Member of Parliament, speaking to media outlets, contradicted the state governor’s claim. They are calling on the Sudanese government to resort to international arbitration and demarcation of the border and demanding compensation to be paid to the affected farmers.

Re: El-Fashaga The Badme of Sudan

Tension is high on Sudan – Ethiopia border after 16 Sudanese civilians have been killed by armed Ethiopians in a cross border attack.

The Sudanese Minister of Interior, Esmat Abdul Rahaman has accused Ethiopian “gangs” for killing at least 16 Sudanese farmers in an attack at the common border with Ethiopia.

The minister told parliament on Thursday that at least 16 Sudanese farmers have been killed and another 12 injured in clashes with some Ethiopian armed groups in El Gadaref State on the border.

Rahaman stated that the Ethiopian armed groups have attacked the Sudanese regular border forces and the farmers in the areas of Fashaga, Algalabat, Giraisha and Sanda in the locality of El Gadaref.

Ethiopians have deep resentment against their current government for “abandoning” their fertile land and territory to Sudan.

Re: El-Fashaga The Badme of Sudan

by TesfaNews
Sudan Calls for Redrawing of Borders with Ethiopia
August 29, 2015

The governor of Sudan’s Gedaref state, Merghani Salih, has called for redrawing of borders between Sudan and Ethiopia in order to bring the long running dispute between the two nations to an end.

Farmers from two sides of the border used to dispute the ownership of land in the Al-Fashaga area located in the south-eastern part of Sudan’s eastern state of Gedaref.

The two governments have agreed in the past to redraw the borders, and to promote joint projects between people from both sides for the benefit of local population. However, the Ethiopian opposition has used to accuse the ruling party of abandoning Ethiopian territory to Sudan.

Also, in December 2013 the Joint Sudanese- Ethiopian Higher Committee (JSEHC) announced that it reached an agreement to end disputes between farmers from two sides of the border over the ownership of agricultural land particularly in the Al-Fashaga.

Salih on Friday emphasized to a federal delegation from the societal and popular police currently visiting Gedaref the need to redraw the Sudanese-Ethiopian borders in order to end land disputes permanently.

He pointed to the importance of the joint military patrols to secure the borders between the two countries, praising the role of the societal and popular police in protecting the borders.

It should be mentioned that Al-Fashaga covers an area of about 250 square kilometers and it has about 600.000 acres of fertile lands. Also there are river systems flowing across the area including Atbara, Setait and Baslam rivers.

Sudan’s Gadarif and Blue Nile states border Ethiopia’s Amhara region. The borders between Sudan and Ethiopia were drawn by the British and Italian colonizers in 1908.