This is not a container, it's a prison.

The evil agame Awash/QB is right. His Tigray people are languishing in Saudi and Yemeni prisons, while Adwa agame like him are making money trafficking the Tegaru victims to Yemen. 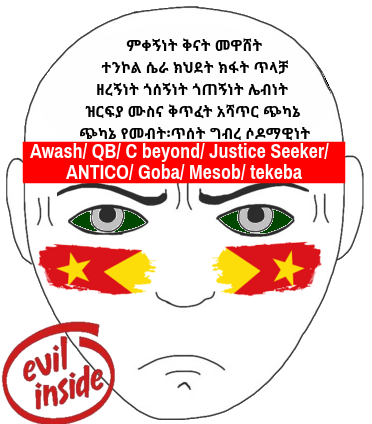 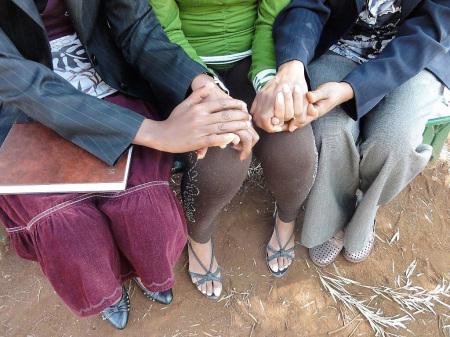 If they’re not Lutheran, Evangelical Christian women in Eritrea have to pray together in secret. | World Watch Monitor

The Eritrean government has released on bail more than 20 prisoners who’d been in detention for years because of their faith, the BBC reports.

It says sources have said that the prisoners are from Christian evangelical and Pentecostal denominations, some held in a prison outside the capital Asmara.

In 2002 Eritrea introduced a new law that forbids all Churches except for the Orthodox, Catholic and Evangelical Lutheran ones. Sunni Islam is also officially recognized.

According to a religious freedom campaigner from Asmara, but now based in North America, Hannibal Daniel, people who’d been in prison for about 16 years have been freed on bail....

Guess where in Tigray the agame hyena Awash/QB/Justice Seeker.. is from? 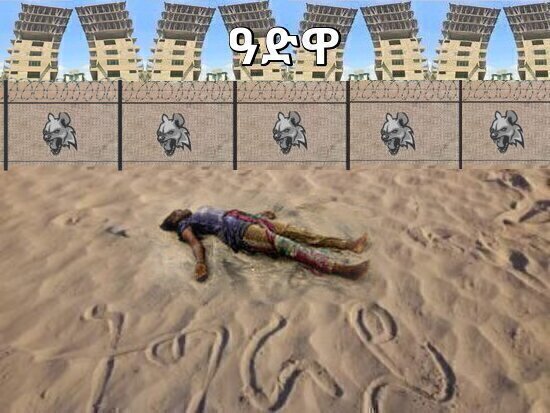 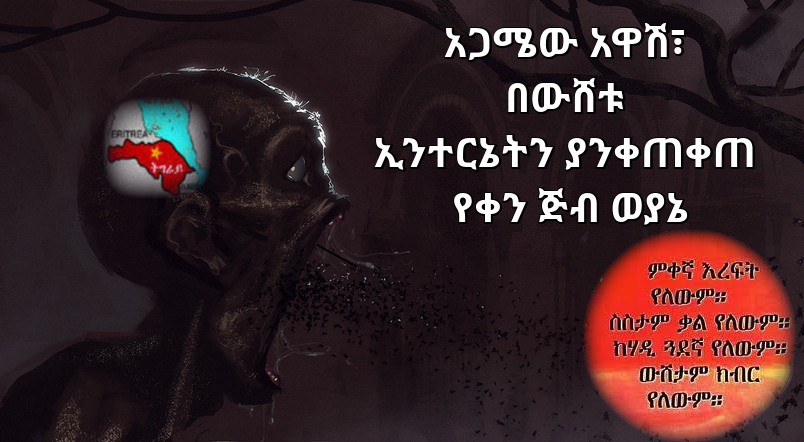 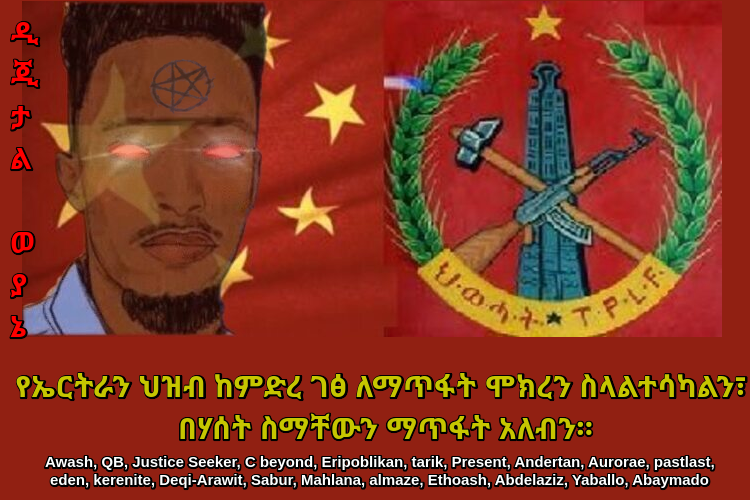 Naively, we Eritreans were once hopeful that we would see progress in our country toward a more democratic form of government, the establishment of internal security, economic recovery and the elimination of corruption. And of course, we thought we would see progress toward building a more humane society. All that was based on the belief the sacrifices and heavy price paid by the young fighters and the suffering of the town and village dwellers that bore the brunt of the 30-year conflict would be our moral compass toward recovery.

Years have gone by and the above mentioned yearnings never came to fruition. The PFDJ hijacked the outcome of the revolution and led Eritrea to an uncharted territory controlled by a clique of ruthless schemers whose true colours were exposed on Sep 18, 2001.

Looking back, we can say that Sep 18, 2001, categorically proved to Eritreans that the government is so far removed from fulfilling people’s wishes and aspirations. In other words, on that day Eritreans came to realise that the regime is in it for itself.

Conversely, it is those unfulfilled dreams that have kept campaigners vibrant in the struggle for human and democratic rights of all Eritreans.

What happened on that September Morning?

In May 2001, a group of veteran freedom fighters – members of the parliament and Eritrean government (and party) officials – in an effort to bring about an open dialogue that was designed to usher in democracy and constitutional governance, wrote an open letter which was critical of the regime. Their letter called upon all People’s Front for Democracy and Justice (PFDJ) members to express their opinion through legal and democratic means and to give their support to the goals and principles they considered just. The government subsequently announced that the fifteen individuals were acting illegally and were posing a threat to national security. Eleven were detained on 18th and 19th September 2001, three avoided arrest because they were out of the country, and one who recanted was spared.

That defining incident – one that changed the course of progress – was in violation of Eritrean laws, the African Charter on Human and Peoples’ Rights and UN’s Universal Declaration of Human Rights.

Eritreans have publicly and consistently campaigned for the release of the prisoners since Sep 18, 2001. Campaigners and family members of the incarcerated managed to hook up with international institutions to highlight the draconian stance the regime had taken against the reformers.

The plight of the prisoners reverberated worldwide and campaigners that have been instrumental in keeping their case in the public eye should take pride in their gallant accomplishments. Now we, as activists, are taking a fleeting glance at the “G-4”.

It is time to approach the G-11 saga – the former government and party officials incarcerated unjustly for demanding reforms – from a slightly different perspective. Yes, it is high time we looked at it from the perspective of their closest colleagues – the “G-4” – who have been uncharacteristically quiet concerning their jailed comrades for a long time.

As we quietly observe the 18th year of the disappearance of the veteran fighters, we would like to shift our attention on the four colleagues of theirs who luckily escaped incarceration and are living abroad.

Let alone imagining what the prisoners themselves have endured for the last 18 years, it is hard to imagine what the families of the imprisoned have endured during that time is indescribable. The small talks we held with them just reflect a fraction of the gnawing pain they have been living with.

Members of the “G-4” are the four individuals who asked for reforms alongside their jailed colleagues, but by a twist of fate they were spared detention because they happened to be outside the country when their co-signatories fell in government hands. 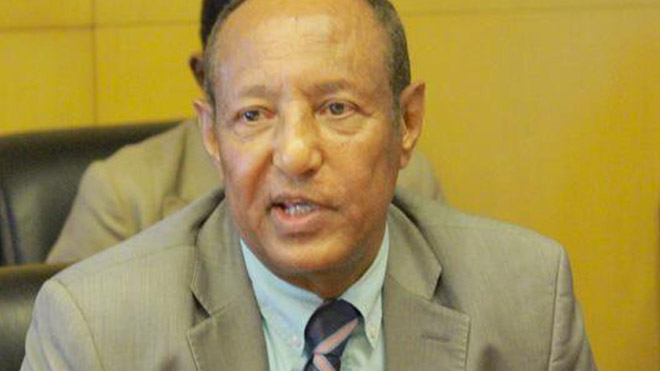 Haile, Harvard graduate, joined the EPLF in 1973. He eventually joined the top echelon of the EPLF leadership. From 1991 to 2000, Haile represented the Government of Eritrea at various capacities, including as Ambassador to Ethiopia and the Organisation of African Unity. Haile, before his retirement in 2018, served as the Head of the United Nations Office to the African Union and as Special Representative to the African Union, at the level of Under-Secretary-General from 2013 until 2018. Now he lives in the US. 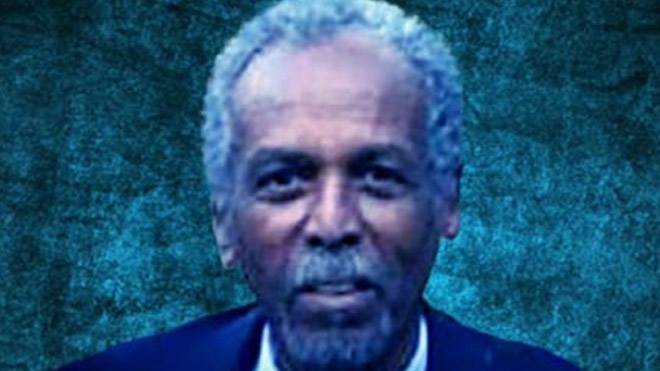 Adhanom Ghebremariam:
Adhanom, former student at Addis University, joined the EPLF in 1971.  Most of his revolutionary career was in the military wing of the front.  He was elected to the EPLF Central Committee at its Second Congress in 1987.  He held various posts in post-independence Eritrea: Regional Administrator of Seraye, Attorney General of the State of Eritrea, Ambassador to Sweden and later Ambassador to Nigeria. Now he lives in exile in the US. 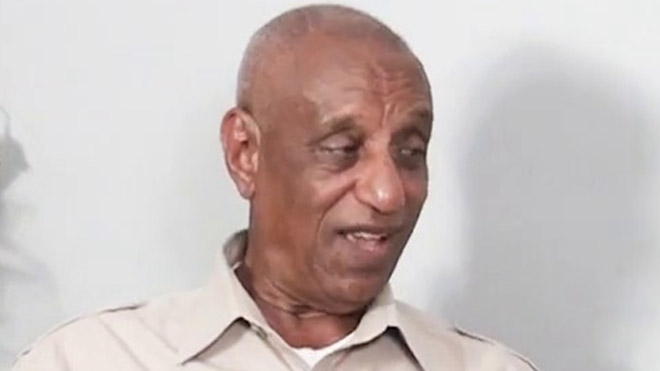 Mohammed Berhan Blata:
Mohammed was a member of the Eritrean Liberation Front (ELF). In the 60s he was one of the top leaders of the five military zones of the ELF. After independence he returned to Eritrea from abroad and was given a post in the government. He served as the mayor of Mendeferra, Adi Kayih and Dekemhare, from 1992 to 2001. After signing the Open Letter with the G-15 Mohammed later retracted his involvement and was spared imprisonment. He later went in exile. Now he lives in Sweden. 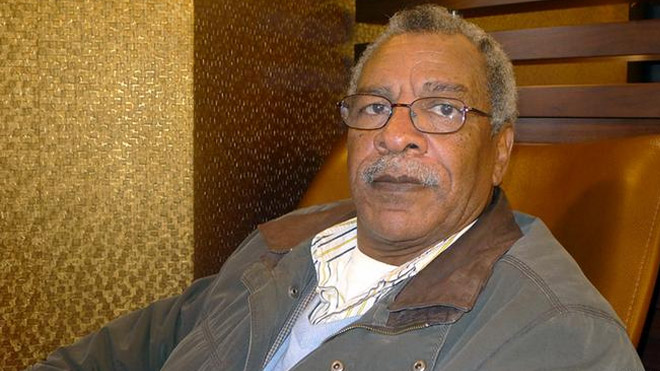 Mesfin Hagos:
Mesfin became a freedom fighter in 1967. He, alongside the current president, was a founding member of the EPLF in 1970. After Independence he was appointed to become Eritrea’s first Minister of Defence. In 1995 he stepped down from his post and became the Regional Administrator of the Southern Region. During the arrest of the G-15 group Mesfin was abroad for medical reasons. He now lives in Germany.

How often on the continent of Africa have we seen successful democratic revolutions lead to failed political experiments where the revolutionary government is scarcely distinguishable from the original dictatorship?  Such terms perfectly befit the Eritrean regime.

The lingering question at the heart of the prisoners’ situation in Eritrea remains the same today as for so many years: what can be done when corrupt governments of Eritrea uses treason charges to silence challenges and opposition to its rule? Furthermore, we would like to ask ourselves a question: what can we do to help in this situation?

Eritreans living in the West should have the means to help.  We understand this is a weighty statement, but we also understand that without a concerted effort, if the public is not properly and purposefully mobilised can do nothing.  That has been the opposition’s Achilles’ heel all along.

At the same time, we believe there are certain groups that are capable of leading the opposition out of its predicament.  For instance, if members of the “G-4” want to address the country’s problems methodically, look into the plight of their comrades ingeniously, then they can deploy their collective resolve resourcefully. How?

The thought that comes to mind is to ‘seek outside judicial intervention’.

We understand that it is difficult to amass the private support necessary to wage a legal challenge to their incarceration.  But the G-4 is in a good position to wage that legal challenge at this point in time provided we, the public, pitch in to help raise funds for lawyers’ fees.

For this reason, we think that the G-4 must amass a contingent of a few individuals to not only bring an international judicial claim, but to prosecute the claim successfully and then bring the matter to international authorities for enforcement.  In other words, until there have been hearings and a determination that the prisoners have been imprisoned on false charges and held without due process in violation of international law, there can be no international resolution calling for their release.  That is where members of the G-4 can come in.

In other words, the prisoners’ freedom will only be won through a process of successive victories. It has been proven that they have been held illegally and/or without internationally required due process of law; their incarceration must then be deemed illegal and in violation of international human rights; the international court and the UN must thereafter be enlisted to demand an immediate end to the illegal interment, and, in all likelihood, it will then be necessary to pressure the Eritrean government to release them consistent with the official resolution calling for that release.

In the later stages of such process, influence with the western media may be an invaluable tool for leveraging their release. But we think media influence will only make a difference after the judicial battle has been won.  This is true largely because the western media will give far greater attention to a judicial finding of false imprisonment than it will to a mere charge or claim of false imprisonment
https://eritrea-focus.org/eritrea-a-mes ... ppearance/
Top

"The No.1 enemy of the Eritrean people is Isaias" Gen. Mesfin Hagos
Please wait, video is loading...