China beats Europe at their own plunder game

The Spanish tuna fleet believes Europe must start to reflect on the criteria for fish product imports from Chinese fleets. 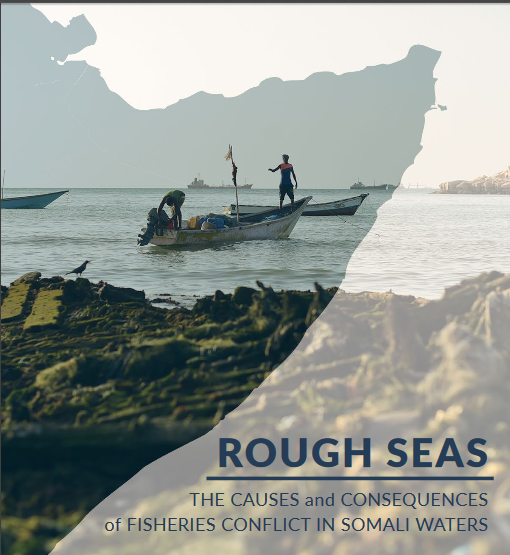 The Spanish tuna fleet united under OPAGAC believes that the time has come for Europe to open a debate and reflect in depth on the criteria the EU has currently established for fish product imports from Chinese fleets, due to the latest information made public by different NGOs and various Asian media outlets, on the degrading treatment of their crews, including burials at sea of sailors who, allegedly, fall victim to COVID-19.


(The third Indonesian sailor Herdianto, who died aboard Chinese fishing vessel Lu Qing Yuan Yu 623 on Jan 16, 2020, and buried in the Somali Sea on Jan 23, might have endured modern slavery practices and violence)


The denounced facts occurring on the Chinese ship Long Xing 629 have resulted in the intervention of the Indonesian government, as the sailors’ country of origin. As well as opening a criminal investigation into the holding company (Dalian Ocean Fishing), which operates another 32 tuna boats, the Indonesian government has requested explanations from the Chinese authorities that, in turn, have announced their cooperation with the investigation.

OPAGAC reports that these latest events have caused a flood of indignation among the European fleets that operate under strict compliance of the different laws regulating this fishing activity worldwide, with special focus, as in the case of the Spanish fleet, on the strengthening of crews’ social and employment rights.

OPAGAC has been denouncing the degrading treatment of Chinese ship crews for some time, including cases of slavery and child exploitation, a practice before which “Europe cannot continue to turn a blind eye, allowing fish imports from these fleets for domestic consumption by EU citizens”, highlights its managing director, Julio Morón.

In fact, and according to a study by the Spanish fleet, European tuna imports from Chinese and South-East Asian fleets, which are exempt from tariffs, have risen from 5% in 2012 to 53% in 2019. In total, Europe imported over 79,500 tonnes of tuna for domestic consumption from these fleets last year. In the opinion of OPAGAC, the comparative disadvantage for Community production, which complies with all legal requirements, is enormous. According to this organisation, the application of Convention 188 of the International Labour Organisation (ILO), now in force, must be required of all imports to the Community market, to guarantee that European consumers do not consume fish from boats with slaves on board or from those that do not respect the minimum social conditions or salaries set by the ILO.

In the opinion of OPAGAC, the health crisis triggered by COVID-19 and its impact on the safety and well-being of crews has highlighted the situation of the sailors in the Chinese fleet, as they are often abandoned to their fate on board the vessels. “In contrast”, declares Morón, “European tuna fleets have made a great effort to overcome innumerable obstacles and relieve our crews safely, as is the case with the Spanish fleet that, on 9 May, managed to transfer 189 crewmen to the Seychelles and repatriate another 184.” Morón ended, “Europe cannot be indifferent to the discrimination it practices, in this case against its own fleets with the Chinese, and also with a product that is consumed by almost all European citizens”.

China is stealing fish from Somalia and is selling it to European fishing fleets in Somali waters, Spain is the first most fishing resource plundering European country in Somali waters, It has been stealing marine resources from Somalia for years, long before Somalia granted fishing licenses to 31 Chinese Dalian Ocean Fishing vessels to exploit tuna and tuna-like species off its coast, yet Spanish thieves cannot compete with Chinese thieves!!
Top

This is a bitter pill to swallow, according to the European EUFA, It is estimated that at least 60 percent of the European large pelagic species including tuna and tuna-like species such as yellow-fin, big-eye, skipjack, and mackerel that are fished in the Indian Ocean are caught in the Somali Exclusive Economic Zone, a large maritime territory stretching up to 370 Kilometre into the Indian Ocean, while 15 percent are taken on the high seas off Somalia and 10 percent in the waters of Mozambique/Madagascar, Somalia has some of the world's richest fishing grounds . 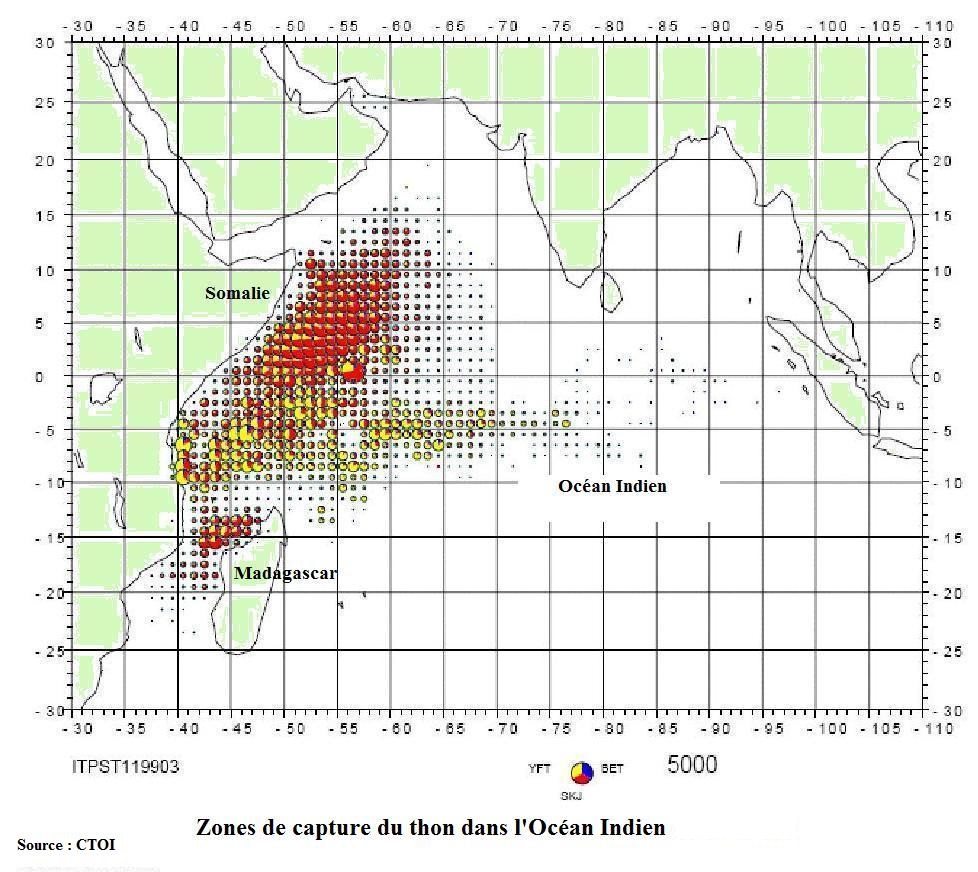 The value of illegal catches taken out of Somali waters in 2005 was estimated as being at least US$300 million and 2018 US$450 million. 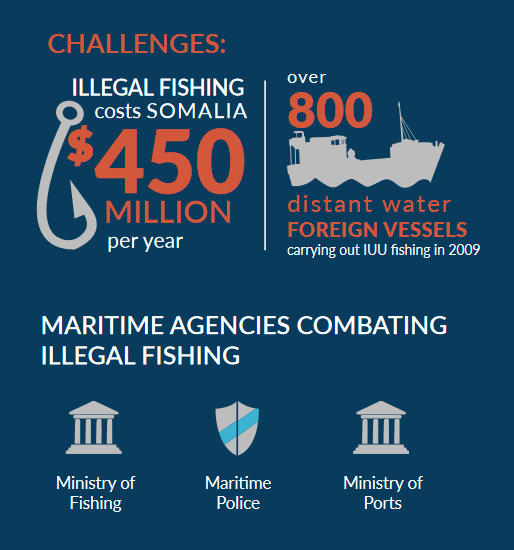 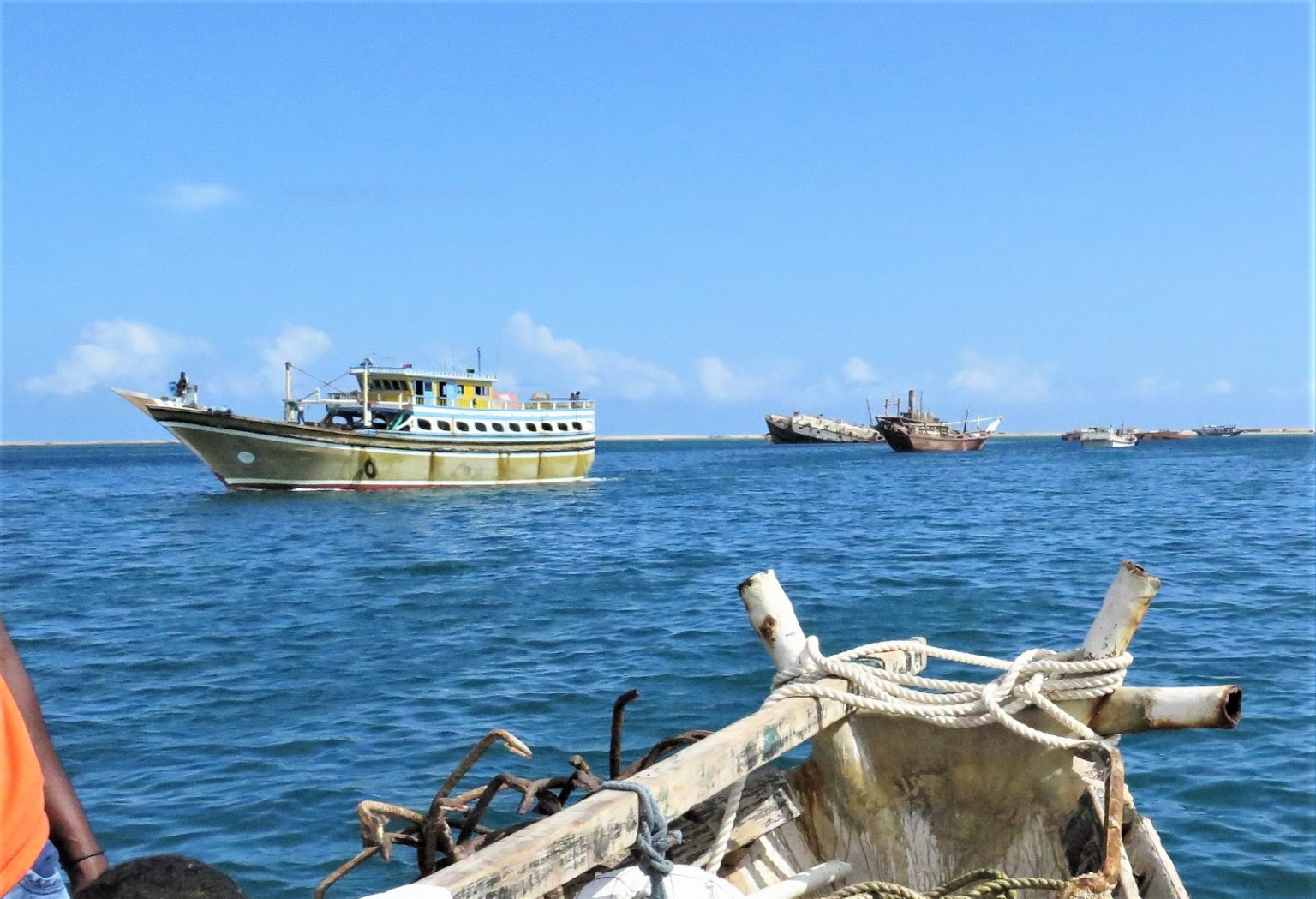 Global Fishing Watch (GFW) and Trygg Mat Tracking (TMT) have been working with partners in the Northwest Indian Ocean region, including the Somali government, to identify large-scale illegal fishing that is occurring inside the waters of both Somalia and Yemen. The activity taking place is likely one of the largest illegal fishing operations occurring in the world.

The detailed findings of our analysis can be found in our joint Fisheries Intelligence Report, which has been submitted to the Somali government, and communicated via their press announcement. The report has also been shared with the relevant states through the Indian Ocean Tuna Commission (IOTC) and Fish-i Africa.