Slipping out of its berth in Djibouti harbour, the M/Y Deli leaves the clamorous African port behind.

The 26m Deli is a classic wooden gulet, towering above fishing boats yet dwarfed by massive container ships as it eases into the Gulf of Aden. The ship is not heading for the Arabian Sea to the east, but westward into the Gulf of Tadjoura. The Deli makes this 40km trip in a few hours, but the solitude of the Gulf seems a world away from the bustle of Djibouti City. The stark hills of this desert country encircle brilliant blue waters, and beneath lie spectacular reefs and a rich diversity of marine life. Sharks, dolphins, sea turtles, manta rays and a multitude of reef fish make their home in these waters.

We are here for the whale sharks, the largest living shark, which can reach 20m in length. Whale sharks are slow growing; they do not reach maturity until they are eight to nine metres and perhaps 25 years of age. These astonishing creatures may live to be 100 years old. Whale sharks are filter feeders that migrate to seek out abundant and usually transient food sources; they are most often studied at coastal aggregations containing largely juvenile male animals. We know these juvenile whale sharks visit certain feeding aggregations on a recurring basis, and some sharks visit multiple different sites within a year. Less is known about what the sharks do when they are away from coastal feeding areas. Some move just offshore into deep water, some undertake regional migrations, while others may migrate across or between oceans. The habitats and behaviours of adult whale sharks are even less defined than those of the juveniles. Whale sharks’ long lives incorporate complex geographical movements that allow for feeding and reproduction, yet it is extraordinarily difficult to follow the life history of an animal over many decades.

Between November and February each year, plankton upwellings bring whale sharks to the Gulf of Tadjoura. While adult sharks reach immense size, the juveniles that visit Djibouti are very small. This country hosts the youngest whale sharks of any known site, with an average size of just four metres, with some individuals as small as two metres. A two-metre shark may be only two years old. We have so many questions about these animals. Why do whale sharks come to Djibouti each year? Where do they come from and where do they go when they leave? Why is this particular population so much younger than other aggregations? Our team has been investigating the secrets of these sharks for 15 years. I began studying the whale sharks of Djibouti in 2012, initially with the Marine Conservation Society Seychelles, and since 2017 have managed the project as part of an international team of researchers. Currently, I’m the Director of Science and Research for the Shark Research Institute in the USA. Our team includes Dr. David Robinson with SunDive Research in Australia, Dr. Ginevra Boldrocchi from the University of Insubria in Italy and Dr. Moussa Omar from the Centre d’Etudes et de Recherche de Djibouti.

Our research expeditions bring citizen scientists to Djibouti to act as field assistants, who help to collect data on the sharks while exploring the Gulf ecosystem. There is a rhythm to life on board the Deli. At anchor in the Gulf of Tadjoura for a week at a time, each day is divided by three outings to find and document whale sharks. Two small skiffs depart the ship to search for tell-tale caudal fin tips breaking the surface of the sea. When a shark is located, a team drops into the water to record data including size, sex, behaviour and feeding activity, and to collect spot pattern photos for identification. These fingerprint-like skin patterns can identify individual animals over many years, allowing scientists to track their movements non-invasively. Team members who remain on the skiff collect plankton samples from areas where sharks are (or are not) feeding, to learn more about the resources we believe bring them to the Gulf. Depending on the studies planned, the primary researchers may obtain tissue samples for genetics (my own specialty) or place satellite tags for remote tracking of the sharks. 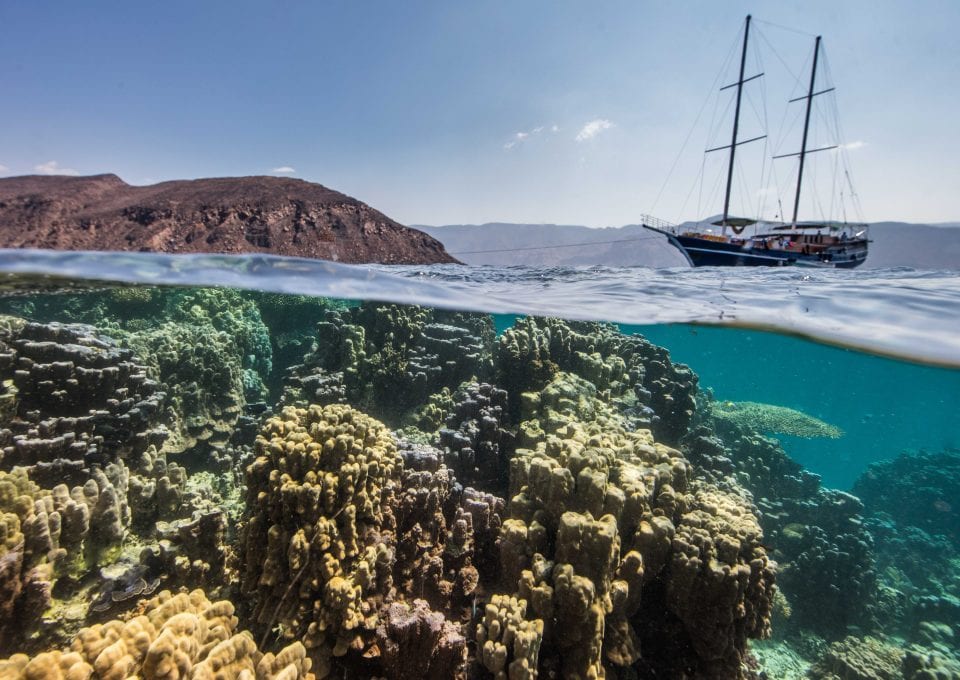 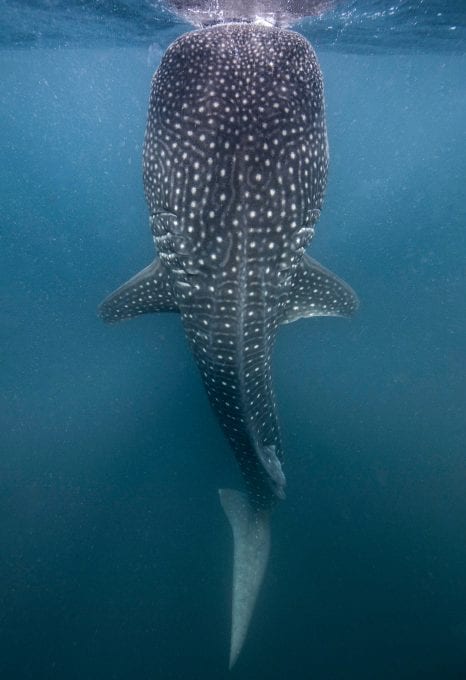 When the team is not ‘whale-sharking’, there is time to relax on board, dive or snorkel the pristine reefs, enjoy the delicious meals turned out from the tiny ship kitchen, and get to know the diverse group of shark lovers that join the expedition. This past season brought individuals from ten nations to learn about the whale sharks of Djibouti. These giant sharks truly are ambassadors for the countries that host them.

Our main research goal this year was to place satellite tags that would allow us to track whale shark movements and behaviour for up to six months. We hoped in particular that the tags would tell us where the sharks go when they leave the Gulf of Tadjoura. It turned out that we would not have to wait long for an answer. Our arrival in Djibouti occurred during flood conditions, extremely unusual in this arid country. Two weeks of heavy rain had inundated the city, and runoff from the volcanic hills heavily silted the water in the Gulf. Our local partners noted that whale sharks had not been seen for some time, likely because the water conditions had altered the plankton web. As the Deli departed Djibouti City under dark skies, we did not have high hopes for success, and an initial search at our first anchor turned up no sharks. Early the next day our group was fortifying for the morning search with strong Ethiopian coffee when one of the crew shouted, whale shark! Not only was there a shark, it was just off the ship. The research team grabbed our gear and we were off – we would tag an amazing three whale sharks before returning for breakfast.

The success of that first morning unfortunately did not hold for the rest of the expedition; such is the capricious nature of field work. We were ultimately able to deploy only four of our six satellite tags, saving the others for next season. As the rain ceased and the water cleared, however, we documented many previously unknown whale sharks by photo-identification, and trip participants had numerous opportunities to swim with these magnificent animals.

Even before we started our trip home, three of the tagged animals began to report their positions. One shark remained in the area where he was tagged and would stay there after we had left the country. Two other sharks moved quickly out of the tagging area, then out of the Gulf of Tadjoura entirely. We had hoped to see long-term regional movement with these tags but didn’t expect this to happen within days. Eventually, data would show that both of these animals moved up into the Red Sea, marking the first time that whale sharks had been tracked by satellite from Djibouti to the Red Sea. We suspect that the poor water conditions in the Gulf of Tadjoura led these two young sharks to go in search of better feeding opportunities. Does this reflect a normal seasonal migration path for Djibouti whale sharks? Ongoing data from these animals, and future expeditions, will help to reveal the mysterious lives of the world’s biggest shark.

Over one million Tegaru refugees used Djibouti as a springboard to migrate to Yemen. Many of the Tegaru migrants die crossing the Red Sea. 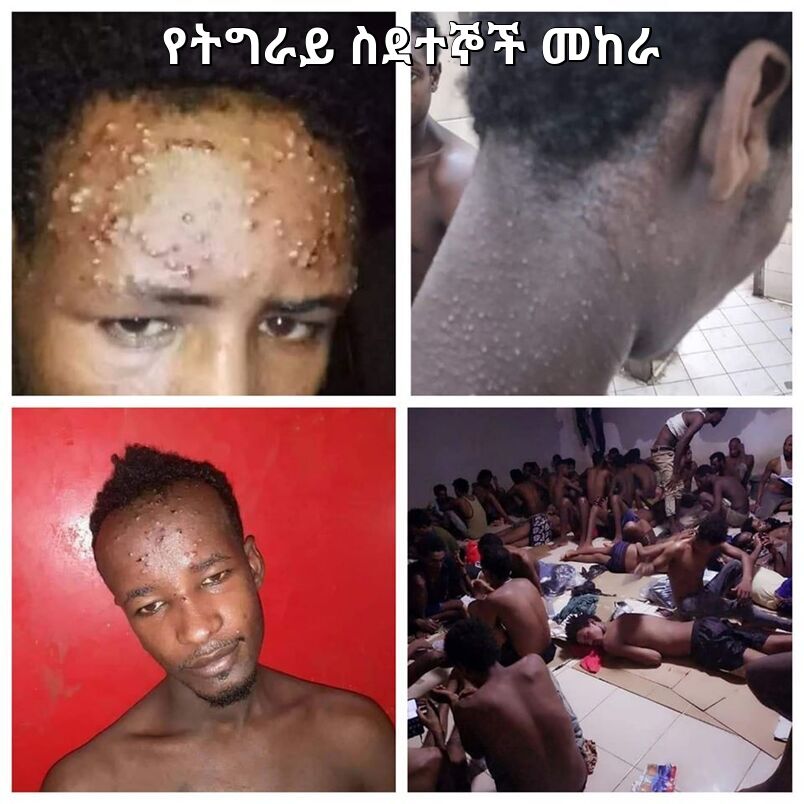 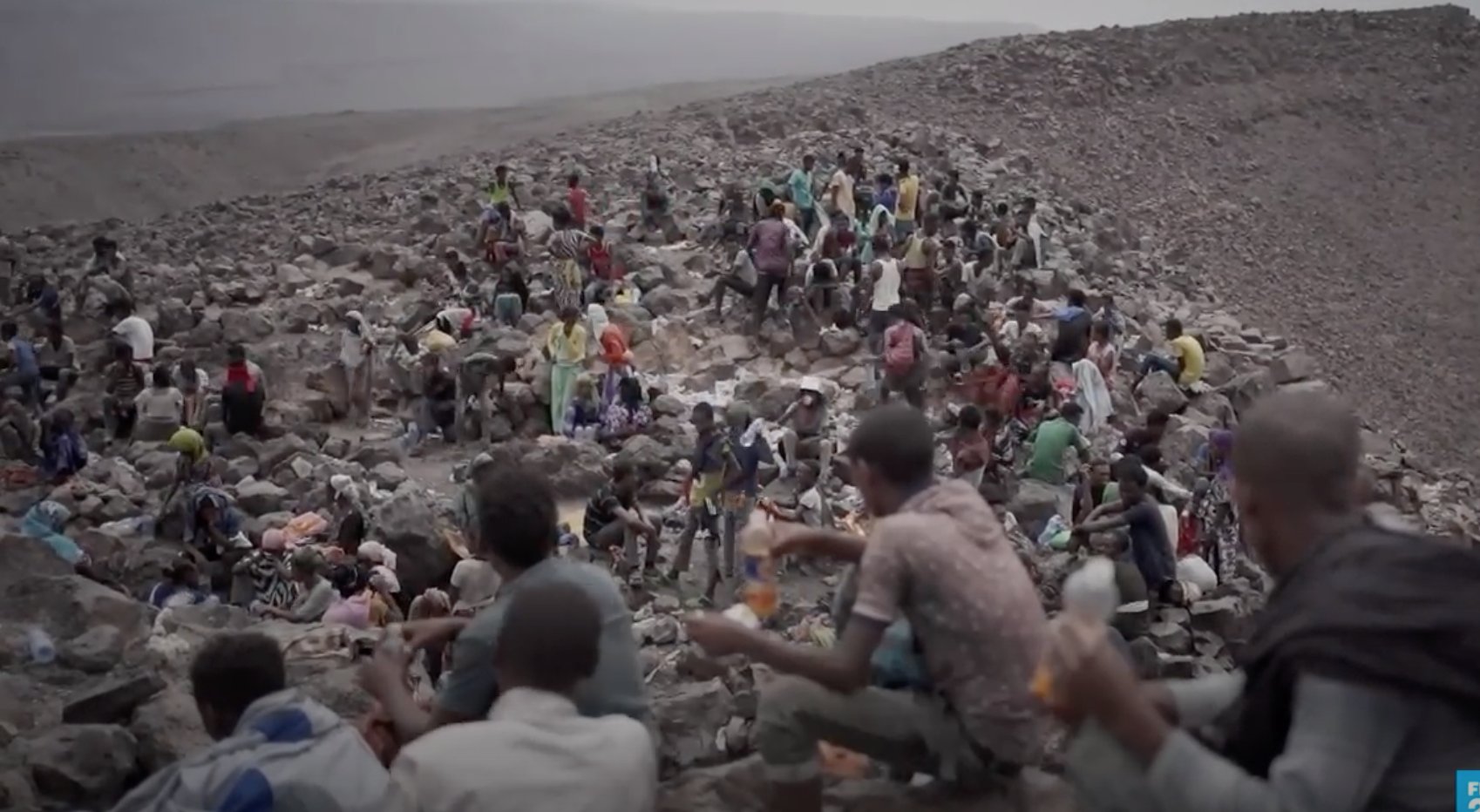 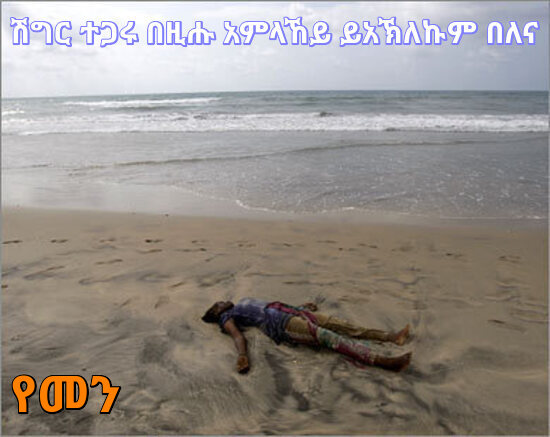 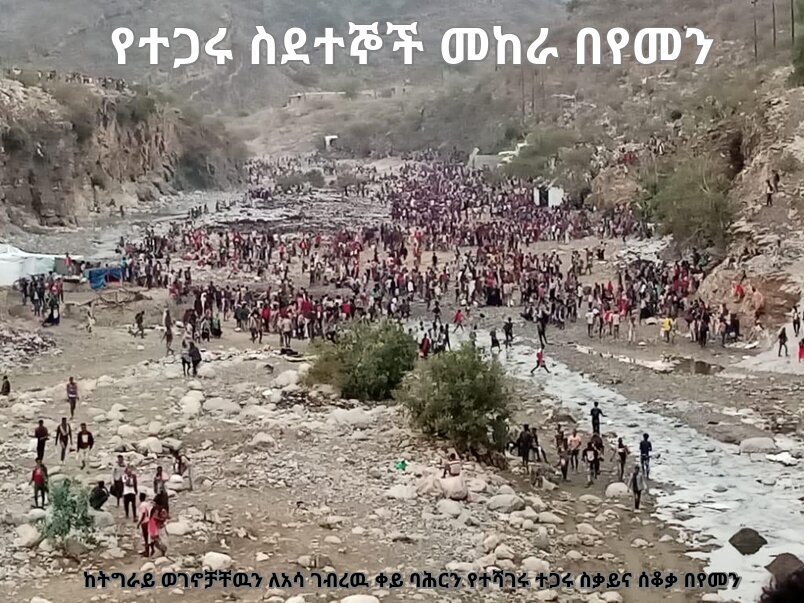 A little promotion for Djibouti.


Switching from one country to another non-stop!

This is what happens when you're confused and have no own country!


When are you gonna do "a little promotion" also for Rohingya refugee camps!
Top

when i see the above picture i see two partner walking with their salt a very long journey surrounded by wealth ....

there number one wealth is Sun... if they have Sun why would they looking for wood instead of using Sun to cook their food

now the second wealth they have is salt .. they have the sea if they dont have accommodation where the people going to stay.... the salt can be made in to block and we can build our home and hotel to attract victors ...

Derg used to say Ethiopia is poor because we dont have oil, but God give us water, Derg never notice when Meles come ... he said we dont want oil God give us water and he build 7 hydro dam...to power Ethiopian economy ... the same thing those Afar instead asking what they dont have... ask what God give them and they find out the road to richness
Top

From November to January Djibouti is one of the easiest places in the world to see whale sharks! These gentle giants come to feed on the high concentrations of plankton around Ras Eiro and Arta beach and you can swim and snorkel with them! 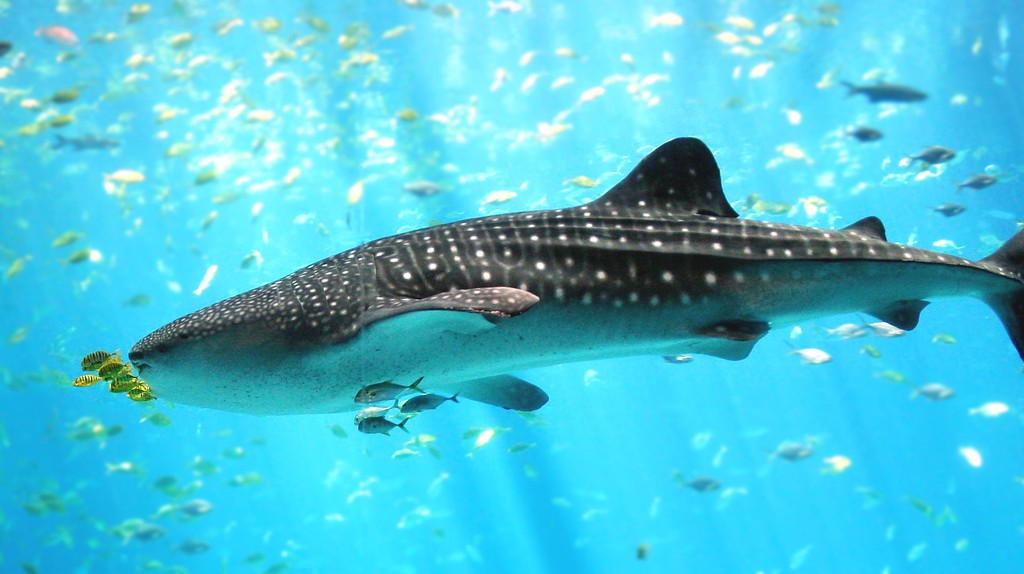 Whale sharks are, put simply, a shark the size of a whale and the biggest fish in the world! In Djibouti we can see whale sharks up to 8m (26ft) long with a mouth 1m (3ft) wide!

But never fear, despite their size whale sharks feed on the tiniest things in the sea, and their amiable and playful nature makes swimming and snorkeling with them an unforgettable experience.

A day trip with one travel agency can cost around 80$-100$ for snorkeling and USD$90-170 depending on where you want to experience whale sharks. The trip lasts around 9 to 10 hours and the boats depart from Djibouti city.


You all have one thing in common, the lowest IQ in the world.