Asmara, 21 May 2020- Leaders of various countries have sent messages of congratulations to the people and Government of Eritrea in connection with the 29th Independence Day anniversary.

The leaders also expressed their country’s readiness to develop relations and mutual cooperation with Eritrea.

Asmara, 22 May 2020- Leaders of various countries have sent messages of congratulations to the people and Government of Eritrea in connection with the 29th Independence Day anniversary.

In their messages, President Vladimir Putin of Russian Federation, President Emanuel Macron of the French Republic, President Frank-Walter Steinmeier of the Federal Republic of Germany and Queen Elizabeth II of the United Kingdom wished good health to President Isaias Afwerki and peace and prosperity to the Eritrean people.

The leaders also expressed their country’s readiness to develop relations and mutual cooperation with Eritrea.
Last edited by Zmeselo on 22 May 2020, 14:06, edited 1 time in total.
Top 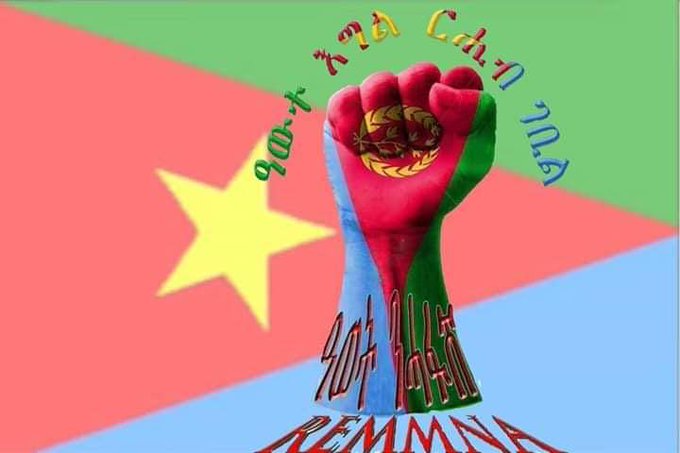 Asmara, 20 May 2020- Nationals inside the country and abroad are stepping up contribution to bolster the National Fund to fight COVID-19 pandemic.


Asmara 21 May 2020- Nationals inside the country and abroad are extending financial support to the effort the people and Government of Eritrea are exerting to contain the spread of COVID-19.

Similarly, 51 individuals in Afabet contributed 97 thousand and 670 Nakfa, Mai-Mine semi-urban center 78 thousand and 910 Nakfa, and a number of administrative areas in the Central, Southern and Northern Red Sea regions contributed a total of 93 thousand and 568 Nakfa and 500 Dollars.

According to the Eritrean Embassy in Germany, nationals residing in various cities of Germany contributed a total of 43 thousand and 550 Euros to bolster the National Fund to fight the COVID-19 pandemic.


Asmara, 22 May 2020- Nationals inside the country and abroad are extending more financial contribution to augment the National Fund to combat COVID-19 pandemic.

In related news, a number of nationals residing inside the country and abroad have decided that the families renting their houses in various parts of the country to live free of rental fees ranging from two months to one year.

In addition, the residents of the sub-zones of Godaif, Sembel, Geza Banda and Gejeret have extended financial and material support to disadvantaged citizens in their areas.
Last edited by Zmeselo on 22 May 2020, 14:08, edited 2 times in total.
Top 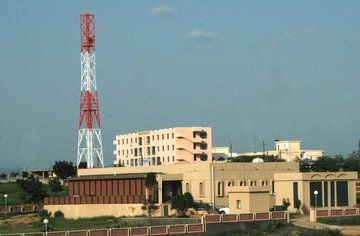 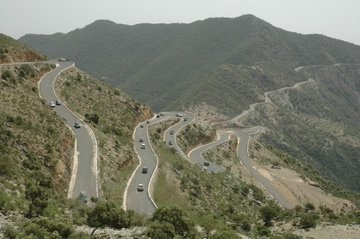 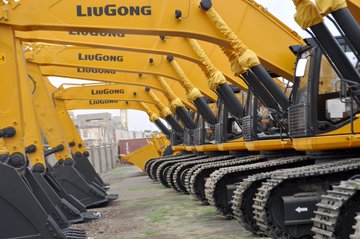 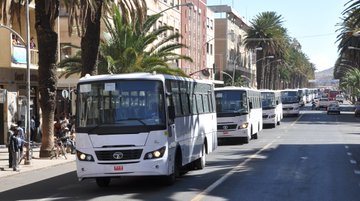 Eritrea: In tandem with ensuring expansive & equitable access of education, health, potable water etc. within framework of its policy of social justice, GOE has funneled substantial investment in affordable public transport & road networks throughout the country in past 29 years.
(Yemane G. Meskel: @hawelti) 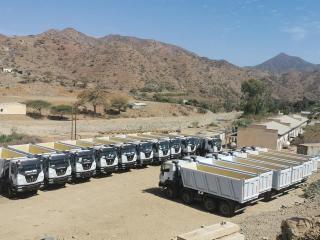 These Italian manufactured ASTRA trucks arrived recently to Eritrea. Some say they are for road projects, but I believe they are for the Chinese owned Asmara Mining Project (I could be wrong though). As you all recall, China's Sichuan Road & Bridge Mining company (SRBG) acquired the Asmara Mine Project from Sunridge Gold a few years ago. The company promised to start "direct shipping" of mineral ores by 2020. The Asmara Project includes: deposits in the Adi Nefas, Emba Derho, Gupo and Debarwa.
(Tesfanews)
Last edited by Zmeselo on 22 May 2020, 14:18, edited 1 time in total.
Top 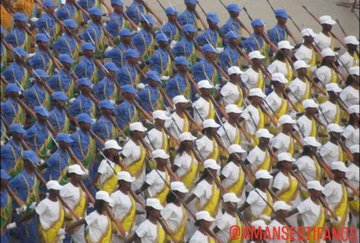 Good to see you Ema!
Top 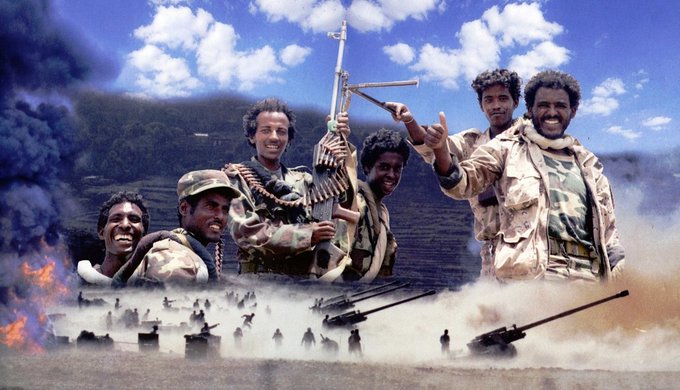 The noble Eritrean/Shaebian values, beliefs & principles that made the Armed Struggle a success are today used to build the Eritrea of our dreams & worthy of our martyrs' sacrifices & enlighten, empower, organize the new generation who are the backbone of the nation's development drive.
(Hillal: @tsearaia)
Top 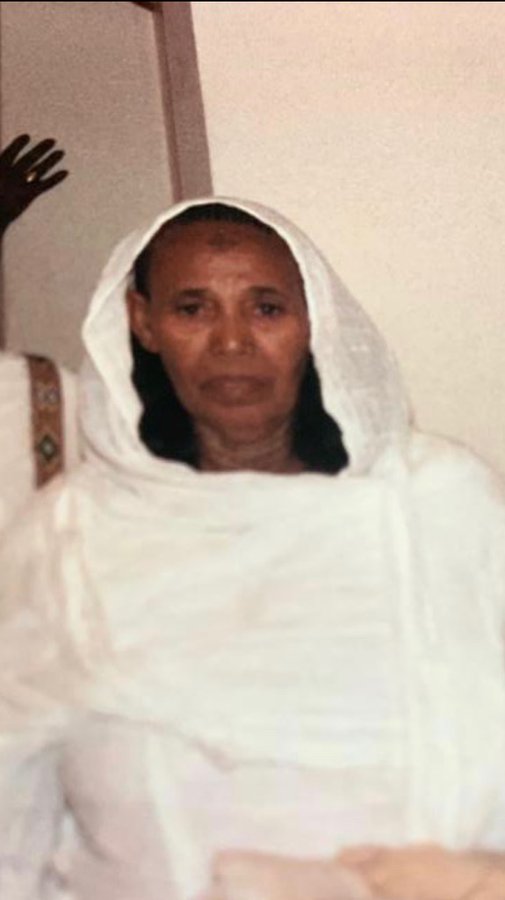 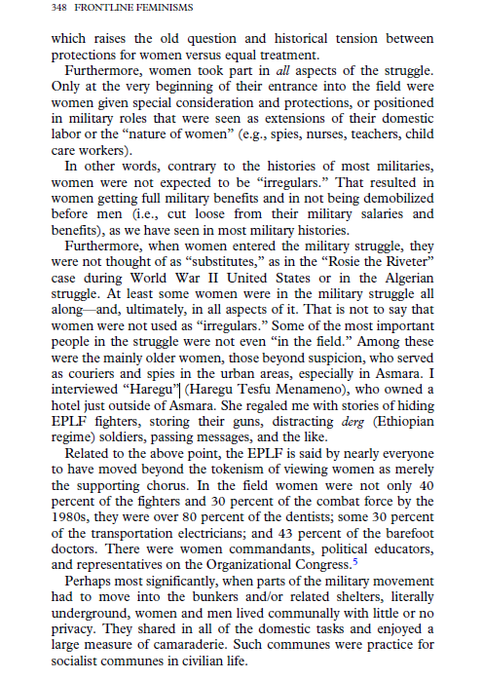 Sondra Hale wrote about Woz. Haregu sometime back in "Frontline-Feminisms"- But this hardly tells the entirety of her life and story. There are many veteran EPLF fighters, who have much more 2 say about her underground escapades...Happy 29th Independence Anniversary #EritreaAt29
(Amb. Sophia Tesfamariam: @stesfamariam)


Haregu Embaderho and Eyob Adi Abeto were key gatekeepers of the belly of the beast for Eritrea’s militants, since 1971. 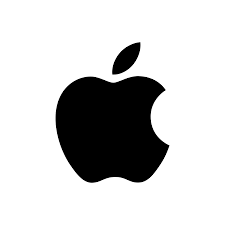