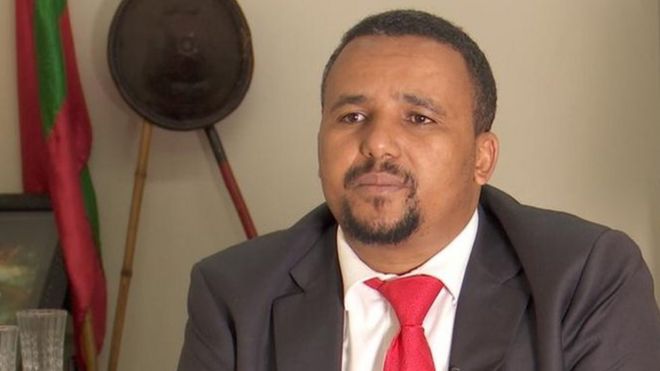 It is a bizzare argument. He could argue why pick on me. Berhanu also should be forbidden to participate in Ethiopian politics. It is inane however to argue because we two do not have Ethiopian citizenships, we both should be allowed to participate in Ethiopian politics. The guy does not seem to have a common sense let alone a rational thinking.
The comparison however is not legit. Berhanu used, if he does, the Eritrean passport for travel. Many political leaders used foreign passports just for travel purposes because they cannot get one from their own government which they struggle to unseat.
Meles allegedly used the Somali passport when he was the rebel leader. But the Somali government did not confer Somali citizenship to him. I was in Sudan when Seyoum of TPLF used to fly to Europe and America almost every other month , most probably using a Sudan passport, but, as far as I know, he had never been a Sudanese national.
Jawar, it is time to make a rational argument that at least a six grader could offer.
Top
Post Reply
13 posts • Page 1 of 1