MEANWHILE in the Gamo corner ..

<<Multinational Confederation: take it or leave it

All African countries, including Ethiopia, were inventions of colonial powers, in which borders were arbitrarily curved up without any regard for nations and their respective territories. Just to mention a few: Massai were split between Kenya and Tanzania, Somali among Ethiopia, Kenya, Djibouti and Somalia, Oromo (Booran) between Kenya and Ethiopia. As a result, no nation state exist in Africa, save Lesotho, Somalia and Swaziland.

In the late 1950s and 1960s almost all African countries became independent and the colonizers left. Albeit numerous challenges such as lack of national identity, most African countries adopted English and French as well as lingua franca such as Swahilli as their official languages.

In Ethiopia, however, Oromo and others, unlike their African brethren, continue to be dominated politically, culturally and economically by the minority Abyssinian colonial settlers.

Many attempts, specifically in 1974, 1993 and 2018, were made to change the situation. For all the sacrifices Oromo, Sidama, Somali, Walayta, etc. made over decades, they do not have much to show for. Because each and every time they make moves, Abyssinian colonial settlers (Nafxanyaa), with the help of Uncle Toms, would move the goalposts, time and again.

To add insult to injury, once again, the one language, one people and one religion as well as Oromophobic and Islamophobic Nafxanyaa made industries are increasingly on the rise, deliberately disseminating as well as normalizing such behaviours in Ethiopian poltical milieu.>>

This begs the question: when will Oromo, Sidama, etc. stop playing second fiddle to the Abyssinian colonial settlers and look them in the eye and say enough is enough - shape up or ship out - put up or shut up - take it or leave it. There is no other way. >>

what happened to your bitter opposition to Abiye ?? Pisssss !!!

South is miles ahead your muddle and chaos !!!

Yabllo.. the most subservient colonized mind doesn’t have a degraded mentality like yours. Ethiopia is an organic country and your inane mind isn’t going to change that. So far everything you have tried is faltering not because the post has been moved but any scheme to Bantustan Africa by using Ethnic enclaves to divide Africans both intellectually and practically has failed. Your ululation about the achievement of other freed colonized countries and inheriting the colonial language as achievement tells how inferiority complex ravaged your soul and mind. We have heard your uncoordinated harping where ever you see Ethiopian nationals of any kind celebrate their uniqueness a separation for the disintegration of Ethiopia. You can project whatever evil wishes you have but nothing is going to materialize. The frustration is understandable and the forces that you thought have been weakened are muscling up by days to challenge your kinds rotten design for Emeye Ethiopia. You are losing before even the battle has started. You are being fractured right and left your grandiose plan is nothing but a hilum puff. I can not wait to see and entertain with one of your kindergarten Photoshops.
Last edited by TGAA on 17 Jan 2020, 03:14, edited 2 times in total.
Top

Have you noticed how the current map of your imama Ethiopia looks like a headless chicken or a jebena with a broken neck? How do you think that happened?? Why do you think that Ethiopia is the mst populous landlocked country on the planet thanks to your "fuzo" tribal rulers?? That is: the country is on the brink of disintegration whether you see it or not. Doma ras! 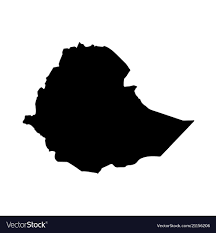 Debub has been Debub & WILL remain Debub! .. 'Ethiopia'? Well .. what exactly is Ethiopia? A hopeless planet populated by a bunch of useless & permanently starving baboons? .. At best, 'Ethiopia' is a vague concept that EVEN silly old men & die-hard 'Ethiopianists' like you can't describe. Oh, my detest for that most narsiccistic & wannabe emperor Menelik the 3rd kullo-konta slave-boy/gudeella named Abiy is off the charts!

Yabllo,the pleasure of seeing a useless baboon carring a ton of hate on his back sinking deep in disparation is priceless.
Top
Post Reply
7 posts • Page 1 of 1