Attorney General William Barr announced an update in the investigation of the deadly shooting last month at a naval base in Pensacola, Fla. He said Monday: "This was an act of terrorism."
Jacquelyn Martin/AP
Updated at 5:35 p.m. ET

Attorney General William Barr announced Monday that 21 Saudi military cadets studying at U.S. military bases are being sent back to their home country after investigators found child pornography, "jihadi or anti-American content" on accounts or devices associated with the students.

The announcement comes a month after a Saudi national opened fire in a classroom at a naval base in Pensacola, Fla., killing three young sailors and wounding eight others.

"This was an act of terrorism," Barr said, adding that the shooter was "motivated by jihadist ideology."

Federal authorities said Monday that investigators have not identified any co-conspirators in the attack. The gunman does not appear to have acted on behalf of any terrorist organization.

"Social media attributed to the shooter suggests that he harbored anti-U.S. military and anti-Israel sentiments," said FBI Deputy Director David Bowdich, "and that he thought violence was necessary to defend Muslim countries."

The incident renewed scrutiny of foreign military exchange programs. Some 850 Saudi trainees currently study alongside U.S. military personnel under such programs, but federal officials halted all Saudis training in the U.S. in the wake of the shooting.


AS EVERYONE KNOWS, PFDJ Members in the DIASPORA Go to ERITREA and Elsewhere to MAKE CHILD P.oRnoGraphy to Sell to PERVERTED SAUDIs in the Middle East. Here is Isayas AFwrki, the PED0Ph1l3 of Eritrea with his SAUDI Backers exchanging TRADE DEAL of Ch1ld P.0rn0 Graphy for FOOD OIL SCHEME!: 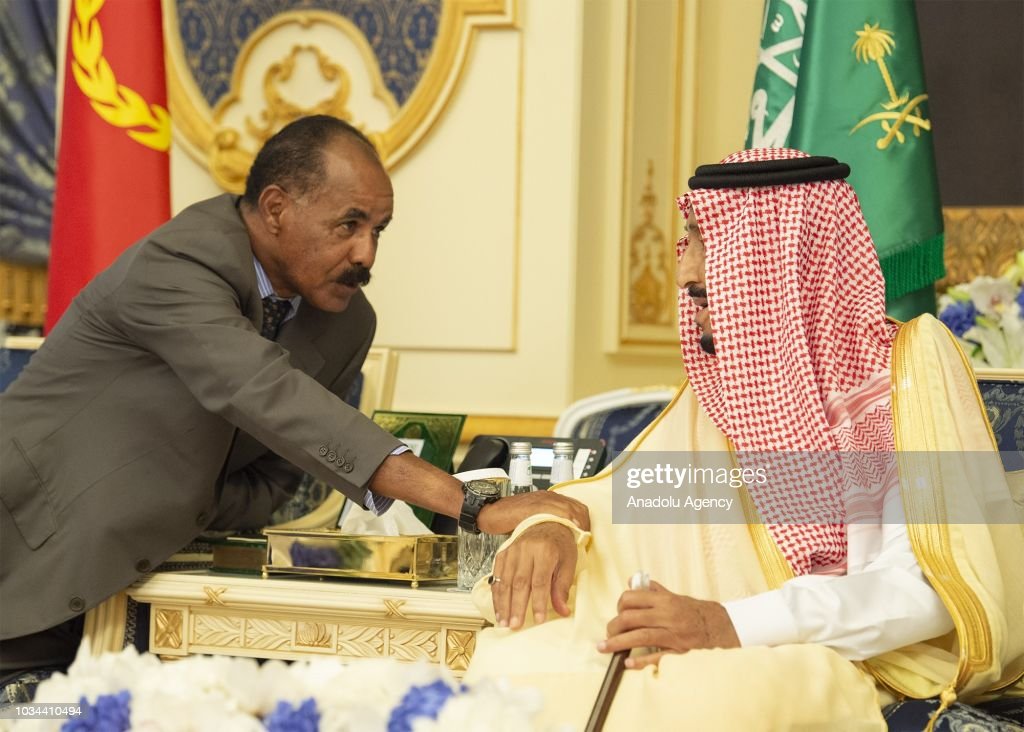