Test....test I am just testing
Top 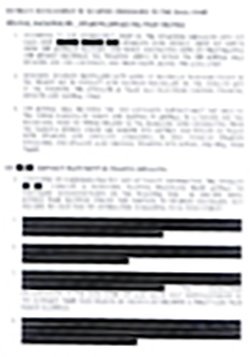 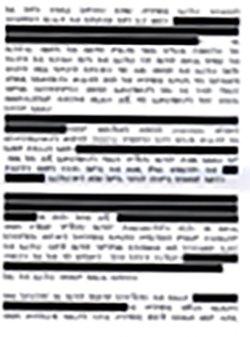 Rough translation of the shabait article:

From the secret archives, of yesteryears:

In the past, we've outlined the attempted secret mission of infiltration & sabotage by Amnesty International & Human Rights Watch.

Today, it'll be about:

1. The CIA's plan at overthrowing the Eritrean government, through popular uprising & anarchy;

2. How at roughly the same span of time, Israel's Mossad had started a demonization campaign by accusing Eritrea of contacts with what it called: "terror forces of the Middle East".

These events were organized during the 2nd half of 2011, and were closely tied to that era's open hostility against Eritrea.

It will be recalled that during the past 20 years, for reasons of diverse global strategies, open & secret acts of hostility had been committeed against Eritrea & its people.

To name a few;

• Invasion of Eritrea & reversal of its independence through the excuse of a border war, from 1998-2000.

• The conspiracy, to frustrate & even halt the implementation of the border decision of 2002.

• The unjust sanctions imposed by the Security Council on Eritrea, in 2009/2011.

• The baseless accusations of the Human Rights Council, in 2013

• The plan of the exodus of the youth, to deplete the country of its human resource.

All these conspiracies have been foiled through the strong awareness, challenge & sacrifice of the Eritrean ppls & their govt. In real terms, these events are obviously from the past & don't have anything to do with the present. But past history helps us in being aware & to learn how to calmly analize events, in case similiar conspiracies happen in the future. These documents of the past are presented, for the sake of recollection & learning.

The documents presented are the minutes of a secret meeting held in Nairobi on 4 june 2011, by some agents of the CIA. The agenda/theme of the meeting was, "the overthrow of the Eritrean government, within a short time" and attended by: Joey Hood (who had worked at the American Embassy in Eritrea for two years & who'se now the senior advisor on Eritrea at the State Department), Matthew A. Bokner (deputy secretary at the Embassy in Kenya), Lisa Davis (deputy director at Freedom House, New York) and Jay Zimmerman (Regional coordinator on refugee issues at US Embassy, Kenya) were amongst the 7 CIA agents present there.

• Since these are sensitive times (2011), we've to repeat in Eritrea, what we did in Libya.
• The idea of Regime Change in Eritrea, not only the US but even the up-to- now sceptical European nations are for it.
• European NGO's in Eritrea have been shut down & the remaining, will have the same fate in the near future.
• We've been expecting for some People to effect change or to call the US & its allies for help in effecting the regime change. It has been proven to be futile to expect a movement for change from within the country- hence what we need is an outside Force with intimate knowledge of the behaviour of the Eritrean military & that Force which fulfills that criteria is: the weyane.
• The study of the Eritrean military's structure & behaviour, so far provided to us by the government of Ethiopia (weyane) is very credible & gives hope for a rapid change. They were told "not to hurry", otherwise they were willing to ignite a war the second time, like they did in 1998. Even now, their willingness is there & have already acquired the support of the UN & its allies in that endeavor.
• In connection with this, the up- to- now only verbal sanctions must be strengthened & implemented on the country.
• Continuous planning, on igniting & coordinating a revolt is being conducted
• When the revolt is thus ignited, as a response to the Eritrean people's pleas, an African peace keeping Force shall be deployed.
• Already a successful brain washing campaign is being conducted within the country, geared towards the Eritrean youth. Diaspora Eritreans for change too, some intellectuals, some businessmen & some clergymen- agree 100% with this idea.
• In Short, the mechanism in removing the govt will be through sanctions & popular uprising; if this fails to work then an international community supported weyane military intervention will be applied.
• In line with this, the priest we hired to preach on Eritrea- Ethiopia unity here in Kenya has began his work. His plan includes, recruiting other clergymen & we've chosen "Freedom House" in funding him. And, we're already seeing results.
• The UNHCR has been given directives, on how to specially treat & consider Eritrean refugees. All the preparations are ready, on how to make the 2nd Eritrean national football team abscond in Kenya.
• In line with this & through Claude Heller (Chair, UN sanctions committe), who had had a working visit to the country in 2010- it's being worked out to accuse the government of Eritrea to the ICC.

(In this secret doc., the names of all those involved in the conspiracy; traitors/spy Eritreans, foreigners, firms etc. is listed. But we will not publish it here, for obvious reasons)

2. In the same vein, the demonization campaign launched by the Mossad:

• Some of the weaponry secretely entering into Gaza, the origin is Eritrea. The weaponry is from the Eritrean army stock, & arrived to Palestine through the Sudan.
• The military attaché of the iranian Embassy in Eritrea (Eritrea has never had an iranian Embassy) is transporting modern weaponry from Iran to Eritrea, & from there through Sudan into the Gaza Strip.
• Eritrean & Sudanese smugglers, have contacts with the illegal weapon smugglers of the region. The contacts are based upon clan membership & money.
• The borders b/n Eritrea and Sudan, especially in the areas b/n Tessenei & Kassala, is the center of activity of these weapons smugglers.
• There's even an Eritrean Company, that encourages these weapons transfers from Eritrea to these centers in Sudan. There has been found ample evidence on the connections of this Company with weapons transfers, in 2008-2009.
• The Rashaidas of Eritrea have direct contact with Palestinian grps. operating in the Gaza strip, especially with the Hamas.

(This document has names of Eritreans & Sudanese individuals & officials, that it accuses of these illegal weapons transfers. We will not print it here, for obvious reasons)

ACAPS (THE ASSESSMENT CAPACITIES PROJECT) https://en.wikipedia.org/wiki/ACAPS IS A NORWEGIAN OUTFIT, THAT WORKS TO FACILITATE ACCESS OR OPEN DOORS FOR THE LORDS OF POVERTY.

THE OUTFIT RECENTLY INDICATED IN ITS SO CALLED "ASSESSMENT REPORT" THAT ERITREA IS THE ONLY COUNTRY IN AFRICA, WHERE THERE IS 'EXTREME CONSTRAINT' OF ACCESS FOR THE LORDS OF POVERTY. IT IS NO WONDER THEN, THAT ERITREA'S ARCH ENEMY MARTIN PLAUT POSTED ACAPS'S REPORT ON HIS BLOG.

MARTIN PLAUT AND THE LORDS OF POVERTY ARE MAD, THAT ERITREA IS A SELF-RELIANT COUNTRY WITH A GOVERNMENT & PEOPLE WHOSE 'NEVER KNEEL DOWN' SPIRIT IS UNMATCHED ANYWHERE IN AFRICA AND FOR THAT MATTER IN THE WORLD.
Last edited by Zmeselo on 01 Nov 2019, 20:29, edited 1 time in total.
Top
Post Reply
6 posts • Page 1 of 1