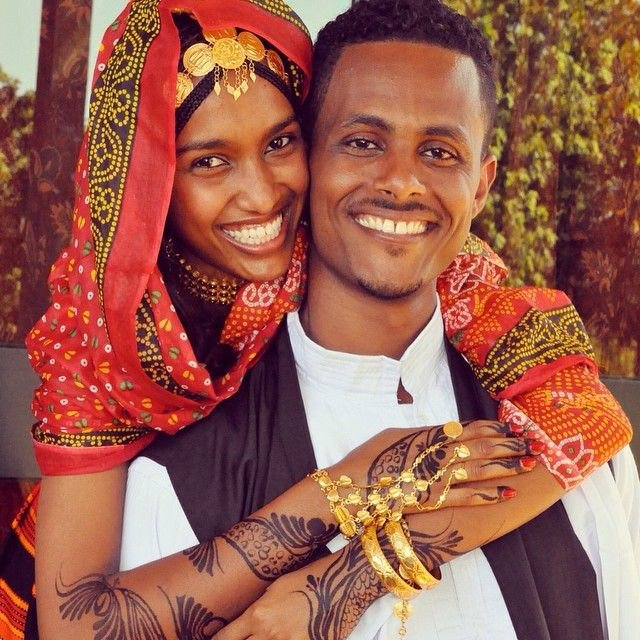 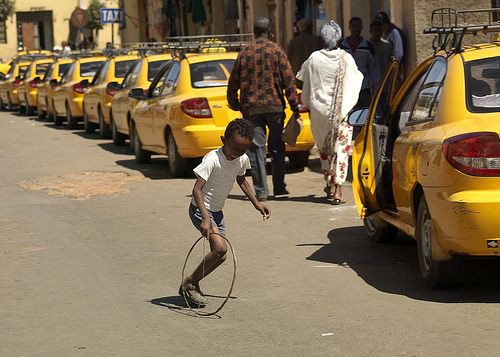 Boy playing with the hoop or Silki Enklil, in Tigrgna. 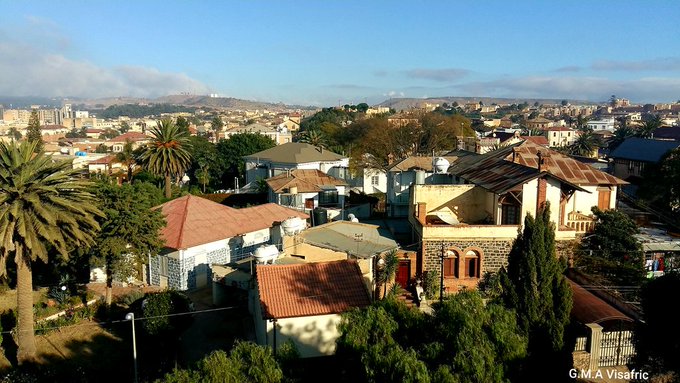 Asmara, the capital city of Eritrea. Magnificent city mostly known for its tranquil, crime-free atmosphere. It has also been lauded, for being one of the cleanest cities in Africa.

(All photos by: ERITREA IS BEAUTIFUL: @TravelToEritrea)

a nation where iron come to die...
Eritrea a rust nation
Eritrea decay nation
Eritrea is in the past .
there is no future for Eritrea
no child born in Eritrea
Eritrea a nation of elder no child
The youngest Eritrean is 77 years old
a nation where hope come to die
there is no time in Eritrea time stop at 1937...
everything work as if we r in 1937
a nation of social function
no wedding because no young people,
no birth day party no children
no school no students
no new lover love die in Eritrea
the only business is funeral house
even Isaias Afwerki look like failing apart
a nation have no new thing
no new cloth, no new car , no new shoe no new tv
everything is old may older then the people who lived there
my question is would Eritrea come out of this decay
the answer is yes, the only one way ticket they have is making peace with Golden
and allowing Golden to use Massawa one billion dollar injection in to Economy might kick back the economy
for sure this decaying brain will not admit defeat and face the reality
this buda people what they dont know is defeat is another form of winning
Top

The Swede brings dynamite from the bench and demands more prominence in the future. 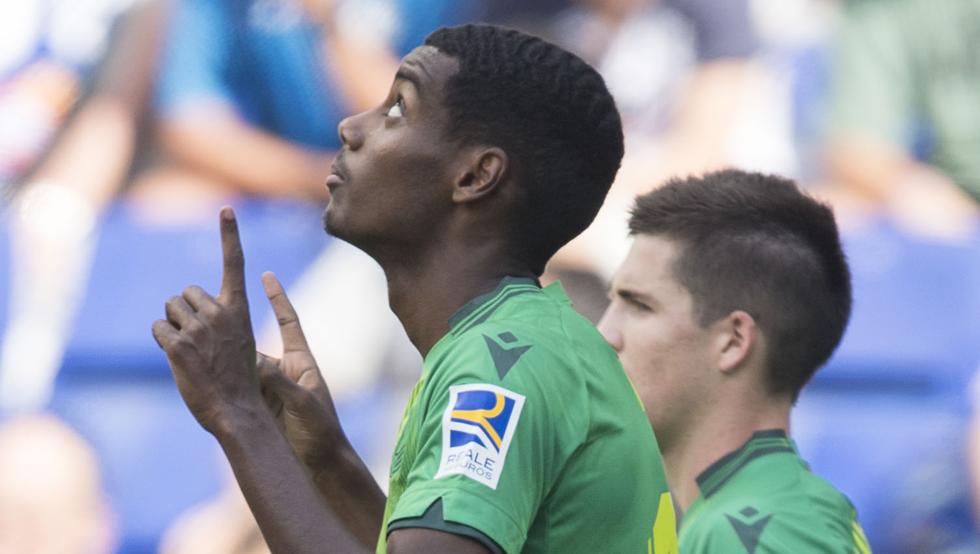 One of the aspects that are making the Real shine this season is the depth of its bench, which translates into the great contribution of the players who come out of soda in the second parts. Portu gained ownership and recognition of all by squeezing the maximum minutes Imanol gave him at the end of the matches and Alexander Isak wants to follow in the footsteps of Murcia. His part goal partita ’to Celta define him as the ideal replacement for a team like the Real, but the striker wants to rebel against that label and demands greater prominence in the future.

Despite having been on the court only in a third of the minutes played to date, 300 out of 900, the Swede of Eritrean origin has given plenty of evidence that he can be trusted. With his goal against Celta, together with the one he scored against Espanyol, he is already the realist who best makes his time on the grass with goals. He scores every 150 minutes. Beats Willian José by a little (one goal every 158 minutes), while Oyarzabal (225) and Portu (319) need some more time to score.

Two goals in 10 games do not represent a figure that is too high for a striker, but perhaps for one that has only been a starter in a tie of that decade: against Atlético de Madrid. The two goals of Isak have had the particularity and the point in common of being leaving from the bench, with the left foot, which is not his natural leg, and they have served to win away from home. Before Espanyol, he stole the boll from Calero and ran about 30 meters with a peak of 34.5 kilometers per hour to beat Diego López cross-shooting. Against Celta, he received a pass from his ‘Scandinavian brother’ Odegaard, protected the boll, endured a punch, turned between Aidoo and Beltrán and executed with a left- shot that was tied to the stick. Two great goals.

It is likely that Isak would start matches in 80% of the remaining First teams, but here he must compete with Willian José, the Brazilian who, with 49 goals, is already the fifth foreigner with more goals in the Real, after Kovacevic (107) , Kodro (81), Candle (73) and Nihat (58). Given that this is a three-game week, it is likely that the Swedish will play out tomorrow against Levante in Anoeta or Sunday in Granada.

So far, he has not raised his voice asking for more minutes, although logically hunting them is among his most immediate purposes.

Dortmund spies on him

Isak's performance has aroused the interest of several teams that might already have him on their agenda. But it is certain that there is one who is following his steps very closely, because they're interested: Borussia Dortmund.

The Real paid 6.5 million to the German club, which had its rights, last summer, but with the need to include a repurchase option, which amounts to 30 million euros. The Dortmund can recover in exchange for that amount to the forward during the summers until 2024, but with a particularity: the Real will only sell him if he wishes. For the rest of the clubs in the world, the price of Isak is 70 million, an amount that appears in its contract clause.

La Real faces tomorrow Levante in Anoeta. In the picture Granota milita Borja Mayoral, one of the strikers tempted by Olabe a few months ago. Given Isak's performance, it seems clear that the Gasteiztarra was rightly betting on the Swede and discarding the Madrid option.
Top

it is sad u r proud of youth who r born out side of Eritrea.. because u have no youth left in Eritrea
Top 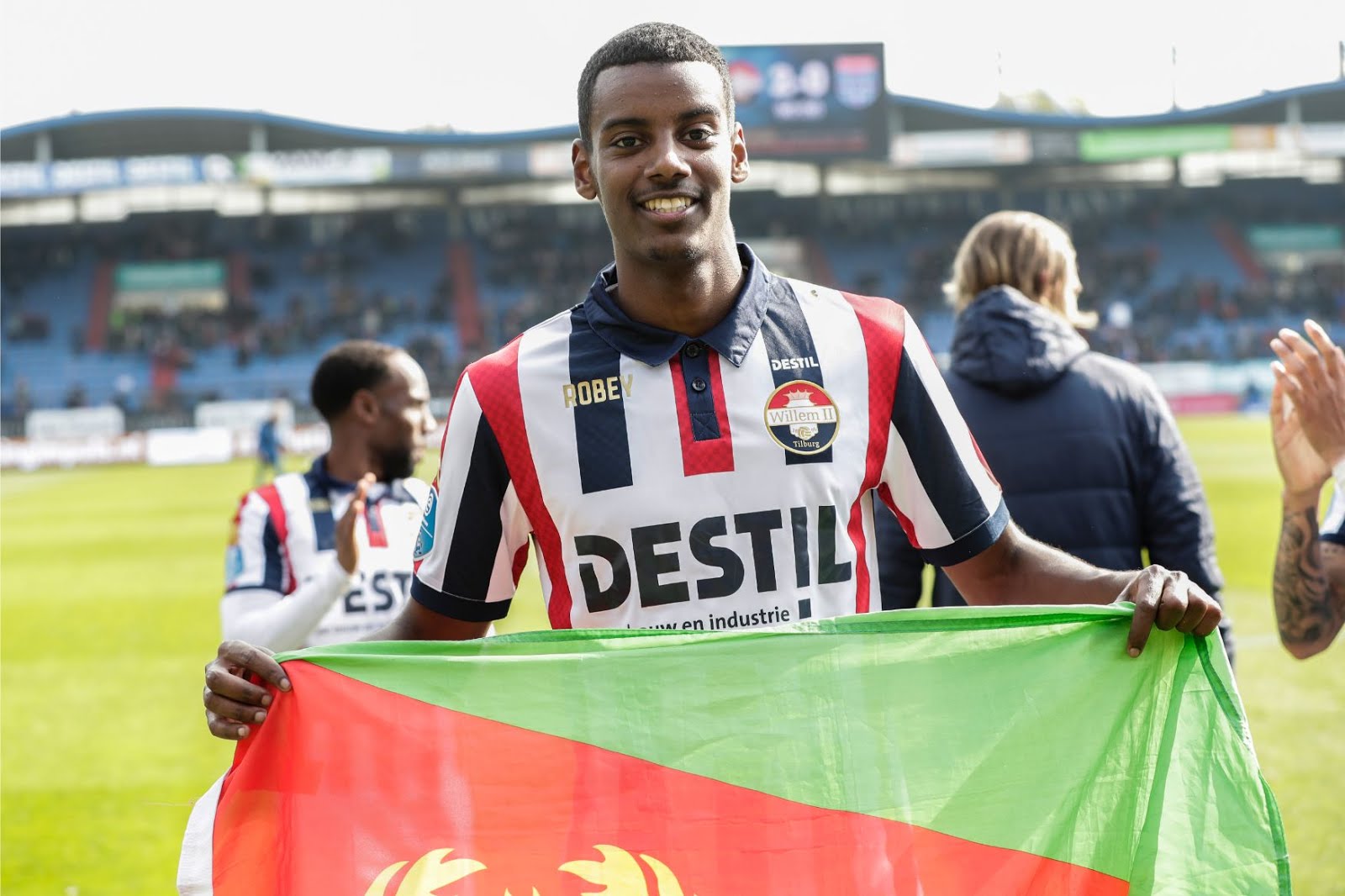 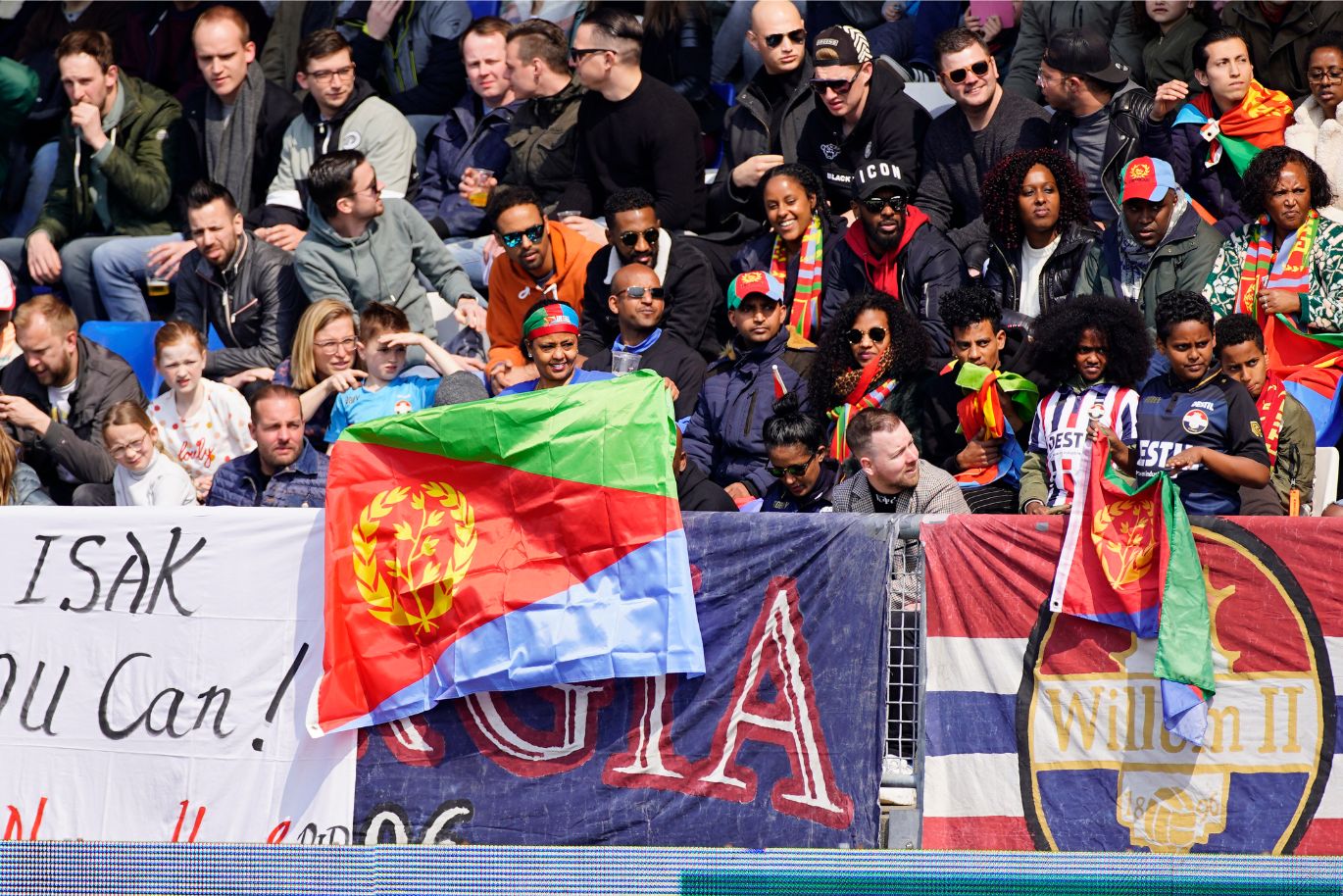 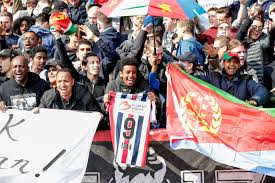 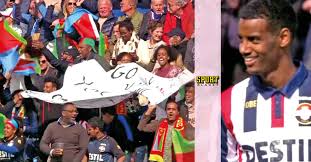 it is sad u r proud of youth who r born out side of Eritrea.. because u have no youth left in Eritrea

Here are some wedi medhin berad poodles by the name Tedros Eritrea advertising the regime lies and deception. If the