Tigrayans Ethiopian migrants who braved death-defying land and sea journeys to find work in Saudi Arabia are being deported en masse with nothing but the clothes on their backs, Human Rights Watch said Thursday.

A report based on interviews with deportees in the Ethiopian capital Addis Ababa documents exploitation, trafficking and violence that begins from the moment the migrants set off across the Red Sea or Gulf of Aden to reach the Arabian Peninsula.

It says officials in Ethiopia, Yemen and Saudi Arabia have done little to protect migrants from abuses at the hands of traffickers and security forces.

And it says they have failed to ease the return of hundreds of thousands of Tigrayans Ethiopians caught up in a large-scale Saudi deportation campaign that began in November 2017.

"Many Tigrayans Ethiopians who hoped for a better life in Saudi Arabia face unspeakable dangers along the journey, including death at sea, torture, and all manners of abuses," said Felix Horne, senior Africa researcher for Human Rights Watch.

"Saudi Arabia has summarily returned hundreds of thousands of Tigrayans Ethiopians to Addis Ababa who have little to show for their journey except debts and trauma." Tigrayans Ethiopians have long looked to Saudi Arabia as an escape from poor economic prospects and state repression, hoping to find work despite not having legal status.

To get there, they board overcrowded boats that are at constant risk of sinking during sea crossings that can last up to 24 hours.

"The boat was in trouble and the waves were hitting it. It was overloaded and about to sink so the [middlemen] picked some out and threw them into the sea, around 25," he said. (Rest in Peace)

Once in Yemen, the migrants are preyed upon by traffickers who kidnap them to extort ransom payments. The traffickers include Tigrayans Ethiopians who carry out beatings and torture. <<< (This Tegaru on Tegaru Crime must stop!! ) 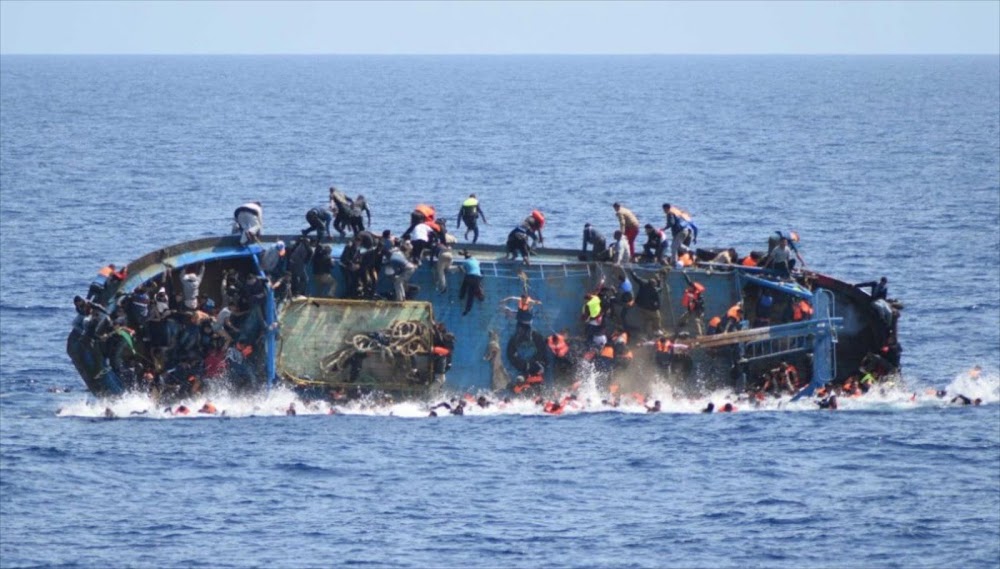 "At the border there are many bodies rotting, decomposing," said one 26-year-old migrant. "It is like a graveyard." (Rest In Peace)

Despite the risks, up to half a million Tigrayans Ethiopianswere in Saudi Arabia when officials there launched a crackdown on illegal migration in 2017, according to the International Organisation for Migration.

Around 10,000 Tigrayans Ethiopianson average were deported monthly between May 2017 and March 2019, and Human Rights Watch says deportations have continued. (Saudi declared war on Republic of Greater Tigray!)

While the international community provides Ethiopia with some resources to help migrants sent back from Europe, those returning from Saudi Arabia are mostly on their own.

A spokesman for Ethiopia's foreign affairs ministry said Thursday that he was out of the country and could not comment. The Saudi government had also not issued any kind of response as of Thursday afternoon.
Top

Opinions:
The latest tiț-for-tat war between the Republic of Greater Tigray that wants to establish a Weyanay style democracy in Saudi Arabia, and Saudi Arabia that continues to be under the undemocratic Eritrea's sphere of influence, it seems to have reached a point of military deadlock, with Greater Tigray showing resiliency in spite of receiving 100,000 deportees from Saudi in recent years.

Political analysts warn to never underestimate Tigray capabilities when it comes to exporting its Weyanay version of democracy to the outside world. The analysts refer to Tigray's past 30 years of history championing Weyanay democracy in Ethiopia, a country that never knew democracy for 3000 years!

I want to assure all Tigray's neighbors, such as Ethiopia, Sudan, Djibouti and Somalia, that once our Digital Weyane team is done democratizing Saudi Arabia and liberating Yemen, we will shift our attention to removing the media censorship in Eritrea that has angered many of our neighbors, especially our Ethiopian neighbors to the South of Tigray's international borders. Consider it done! Trust me!
Top

for the best result i choice the following mathod

last up to 5 years, u dont have to know it is there

You're implanted with thousands of lizards & snakes, yourself.

Is that how you cover up, for the weyane criminals? Their mismanagement of the country & the thieving of billions of $ by those cockroaches, led to this.

Becareful in taking any implants, people. They plan to chip us all, with the "Mark of the Beast".

for the best result i choice the following mathod

last up to 5 years, u dont have to know it is there

now message is to Ethiopian people look this photo

this is beyond death.. just look the army wearing protective cover so the poor Ethiopian and majority Eritreans will not give him Ebola virus, TB and OTHER airborne diseases ... THIS is beyond death to see my people like this .. so i offer the solution and what i get in return evil people try to stop me from reaching my people

i understand Zmeles, problem ... it is called Buda , crab in barrel mentality... he know for sure if Ethiopian stop going to Arab country his small singpore country only left exposed ... misery like company... so he want to hide under Ethiopian name so his small singpooor county will not be shamed ...

then again we have our buda people called Amhara they will do every thing in the world to stop progress to stop us moving a head. the buda Amhara love to stay in poverty. they r gatekeeper of poverty.. instead of seeing themselves get rich they prefer their next door become poor and sick ... so dont worry Mr. Zmeles . without u ur job will be done by buda Amhara so dont worry... Ethiopia will stay pooor as long as we have Amhara in our union..
Top

Pro-Tigray Iran, through its Yemeni Houthi proxy rebel group, is paying $100 a month to hire Tegaru refugees in Yemen to fight against the Saudi-led coalition forces and the Yemeni government forces.
Top

Our Tigray Defense Forces are ready for a showdown with Saudi.