The South Mereb Region and South Red Sea should be under Ethiopia !

We call UN to give back Ethiopia's South Red Sea, which is south of The Mereb River. Ethiopian patriots will otherwise take up arms to control the South Red Sea area. It belongs to Amhara, Oromo, Sidama and Guraghe, not Tigray. Tigray has backstabbed Ethiopia by not actively fighting for The Return of The South Red Sea to Ethiopia.

Treaty of Wuchale (or, Treaty of Ucciale; in Italian, Trattato di Uccialli) was a treaty signed by King Menelik II of Shewa, later the Emperor of Ethiopia with Count Pietro Antonelli of Italy in the town of Wuchale, Ethiopia, on 2 May 1889, after the Italian occupation of Eritrea. The treaty stated that the regions of Bogos, Hamasien, Akkele Guzay, and Serae were part of the Italian colony of Eritrea and is the origin of the Italian colony and modern state of Eritrea.
Top

Re: The South Mereb Region and South Red Sea should be under Ethiopia !

How about you insert a stick with full of thorns in it, inside your filthy mom's ems and twist it 360° clockwise and unticlockwise until it be gaped enough to look like ocean?
Top

Re: The South Mereb Region and South Red Sea should be under Ethiopia ! 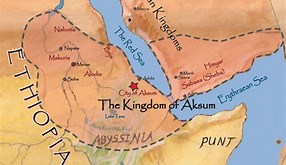