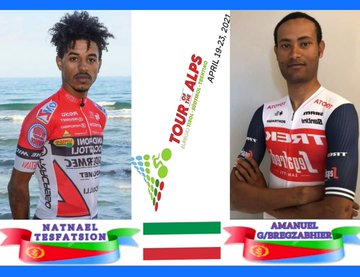 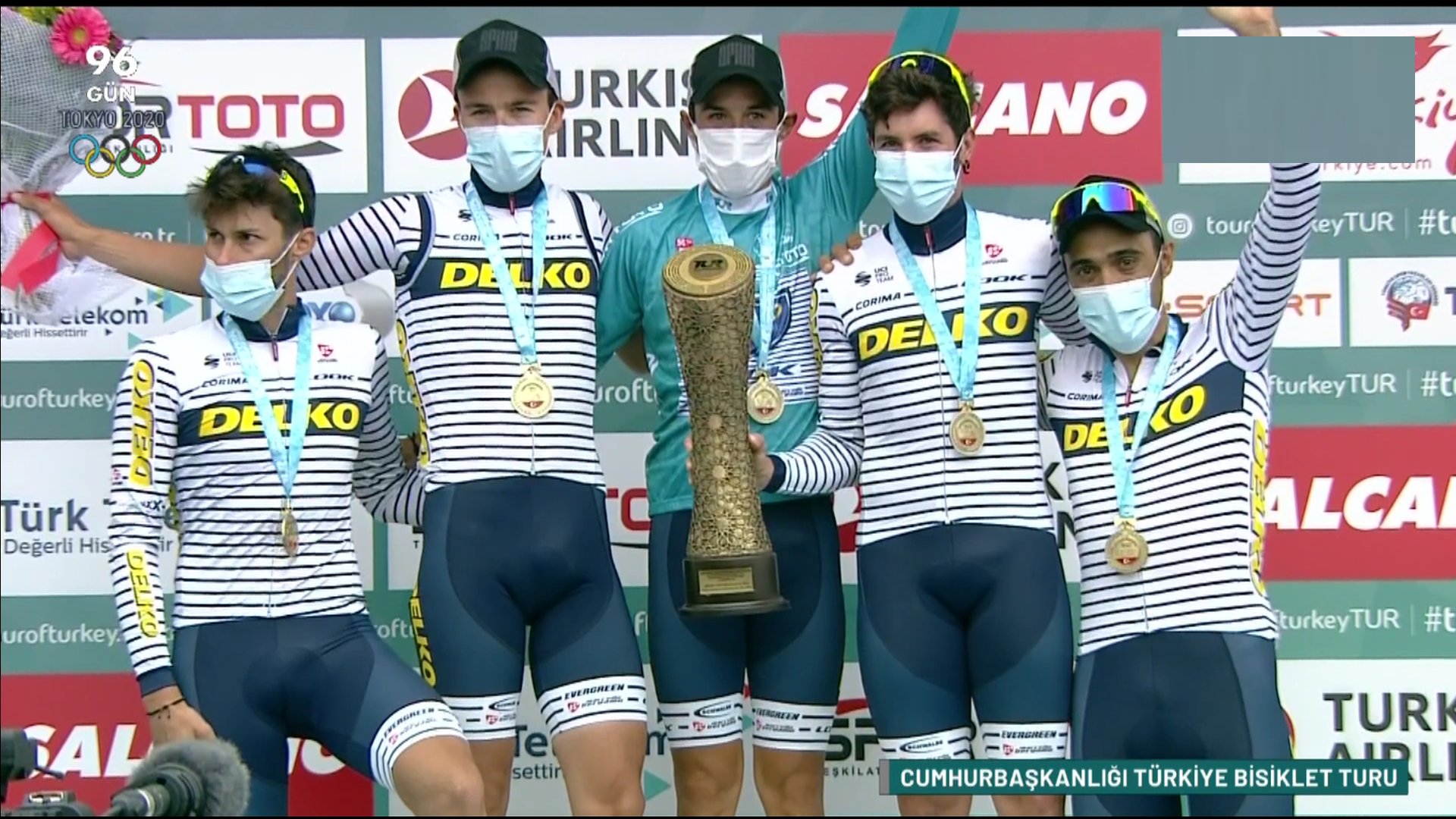 The @TeamDelko wins the team classification of @tourofturkeyTUR! A strong signal for the collective. 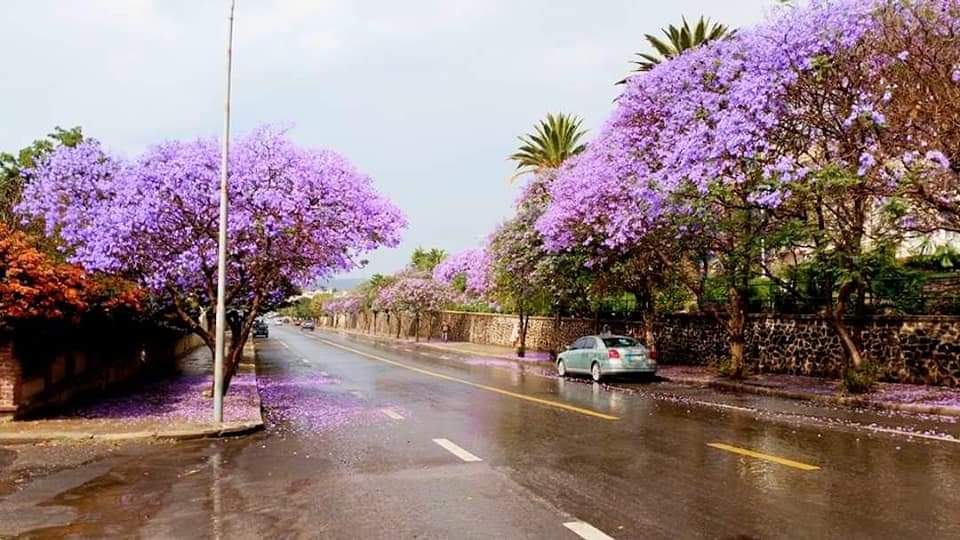 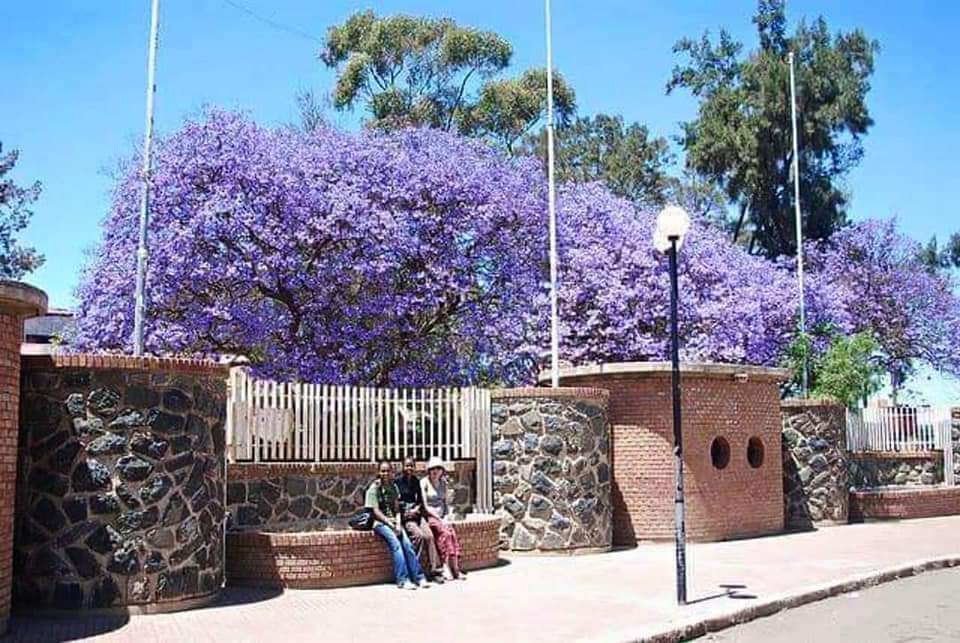 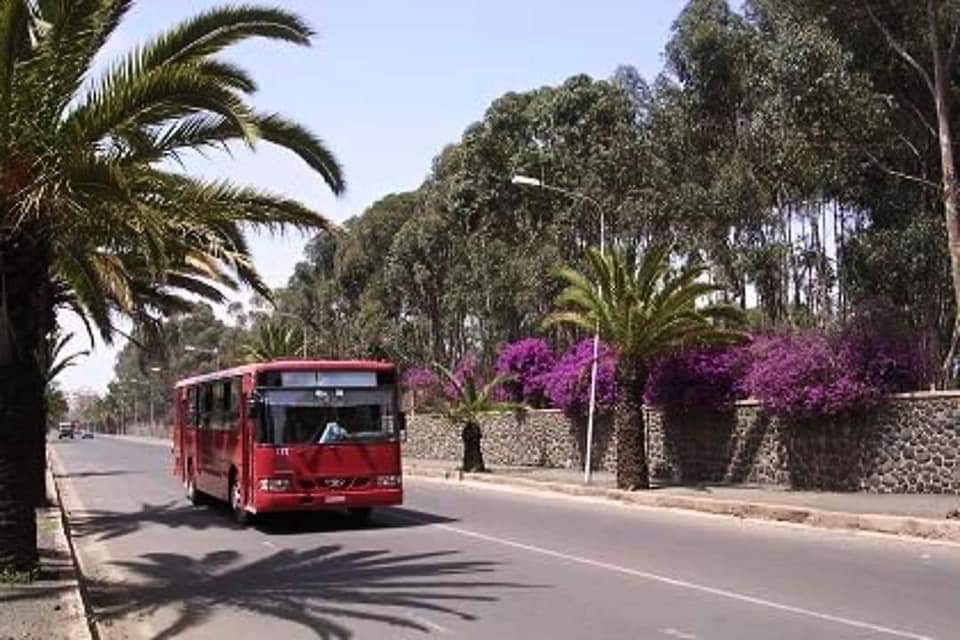 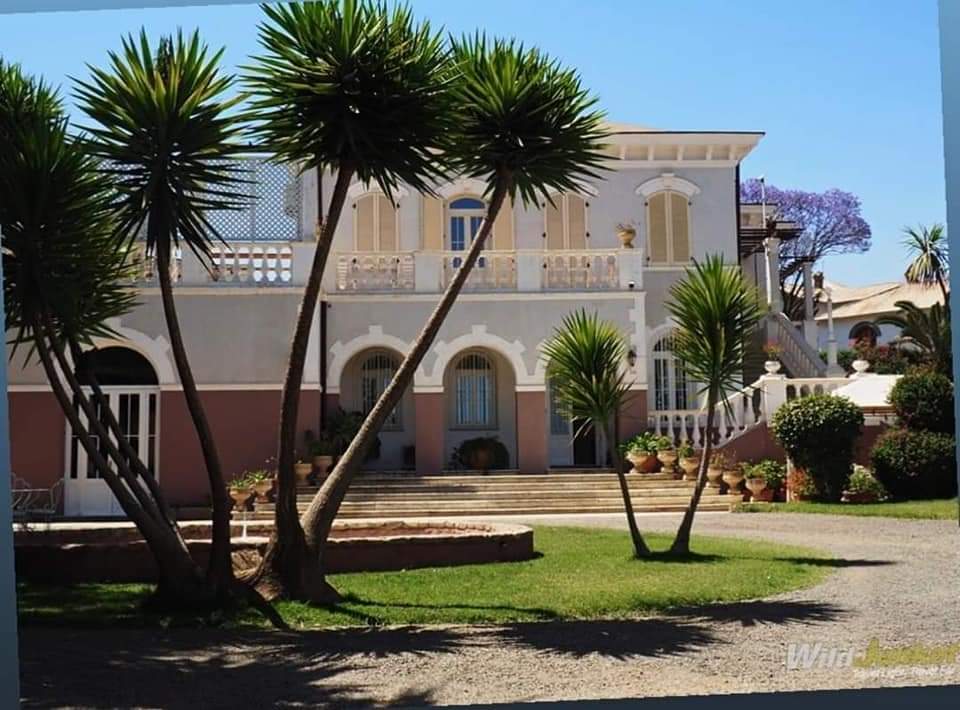 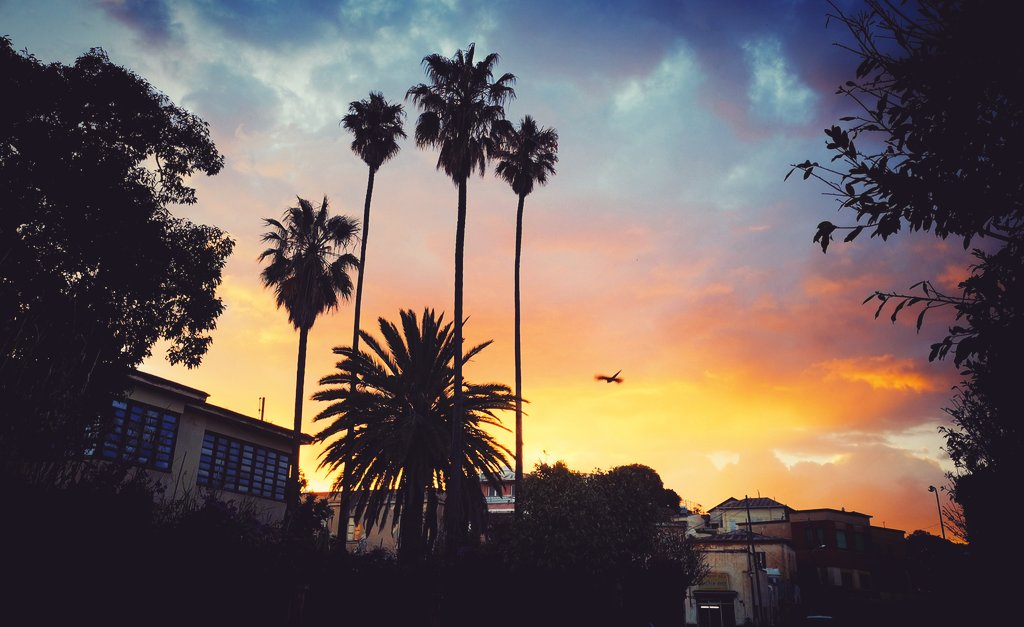 One of the many- amazing- Asmara sunsets!
( 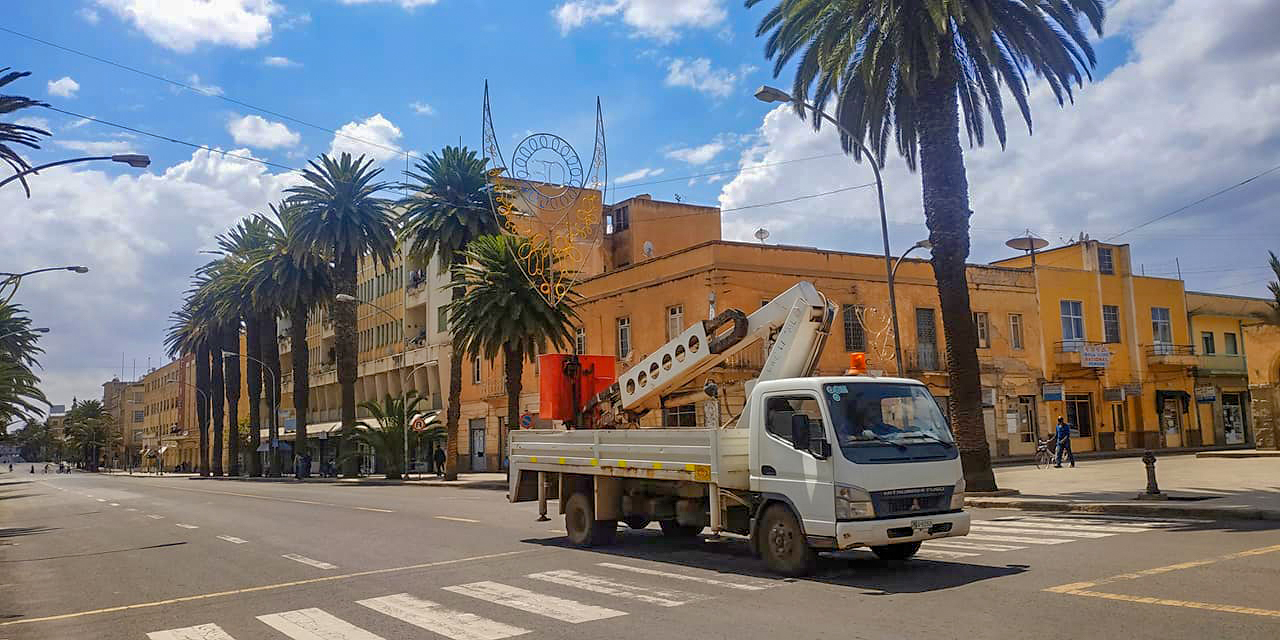 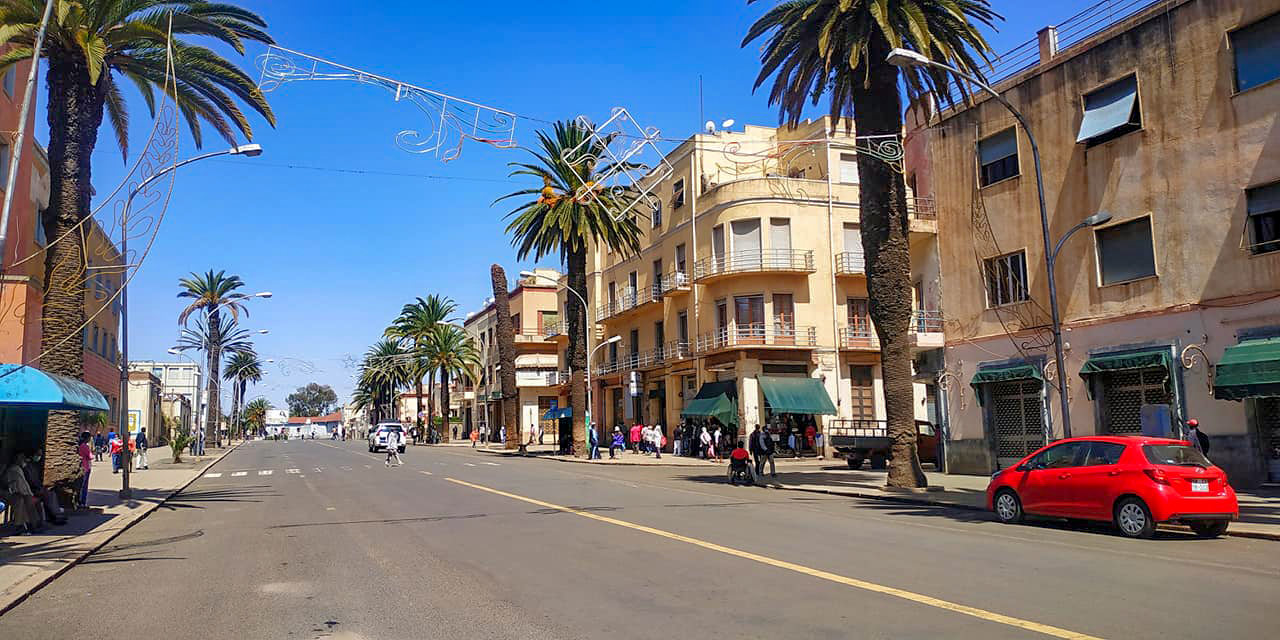 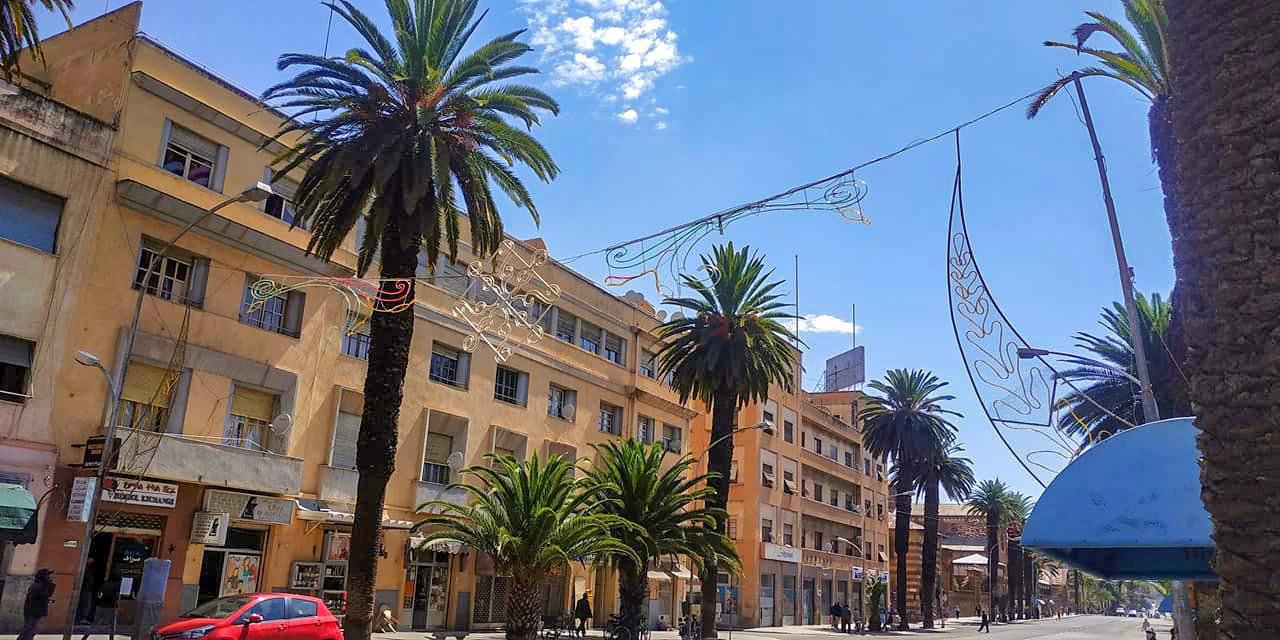 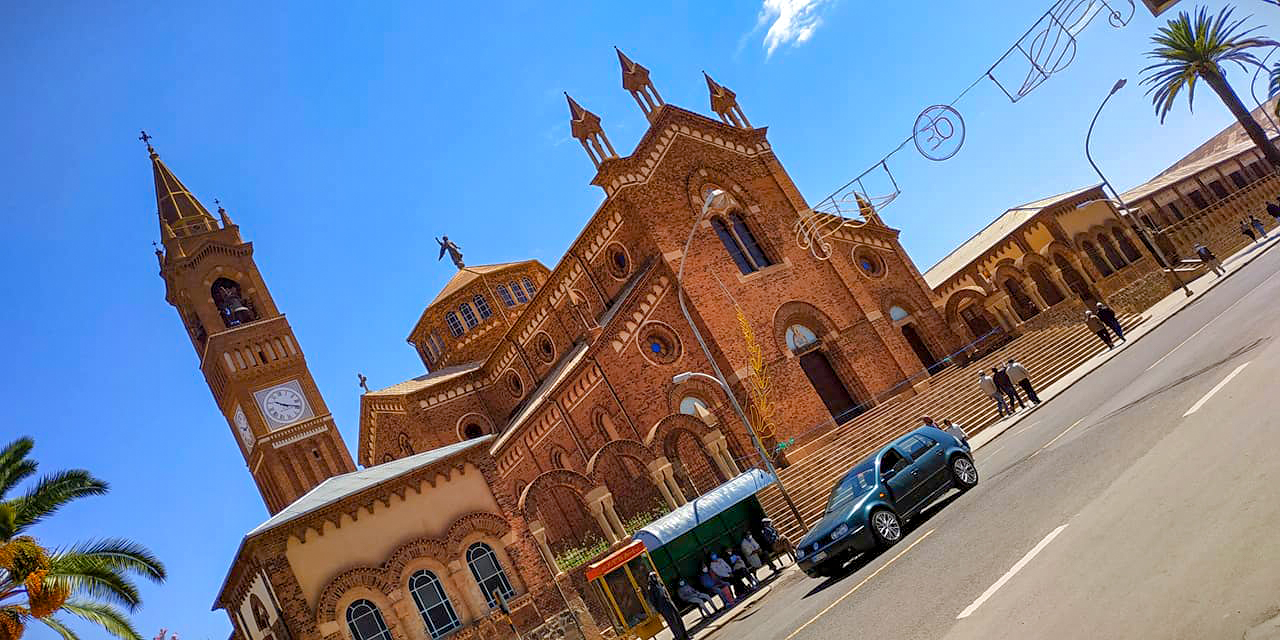 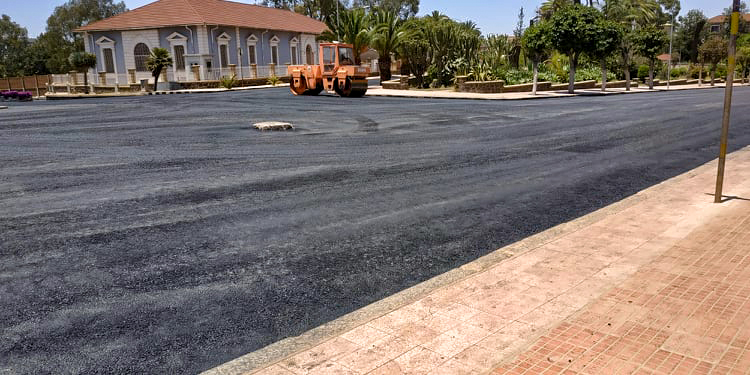 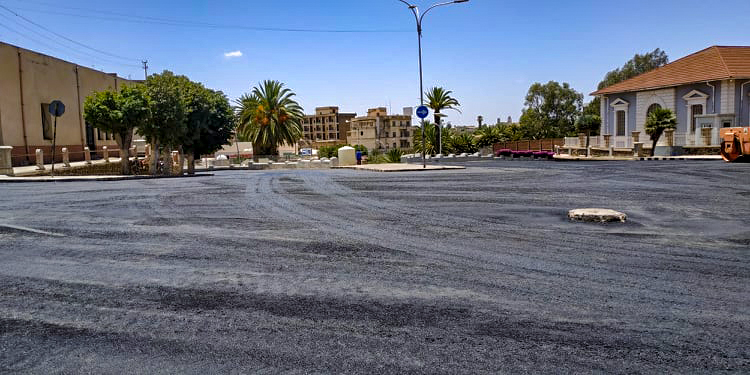 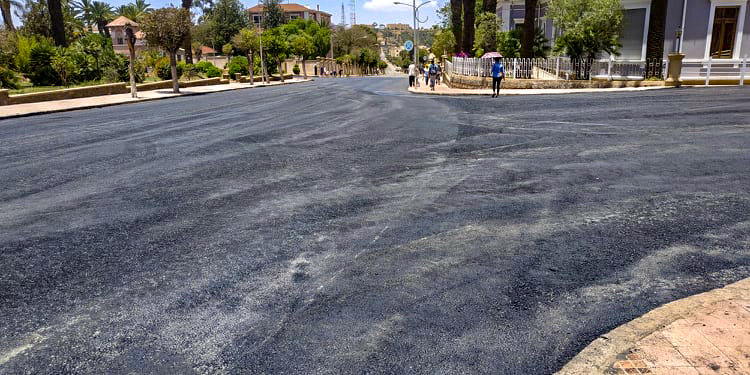 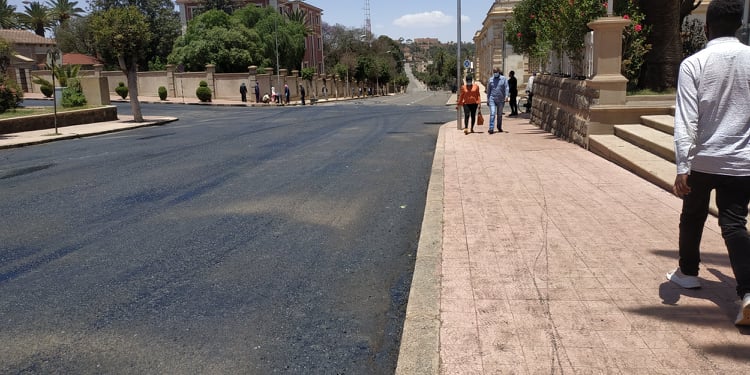 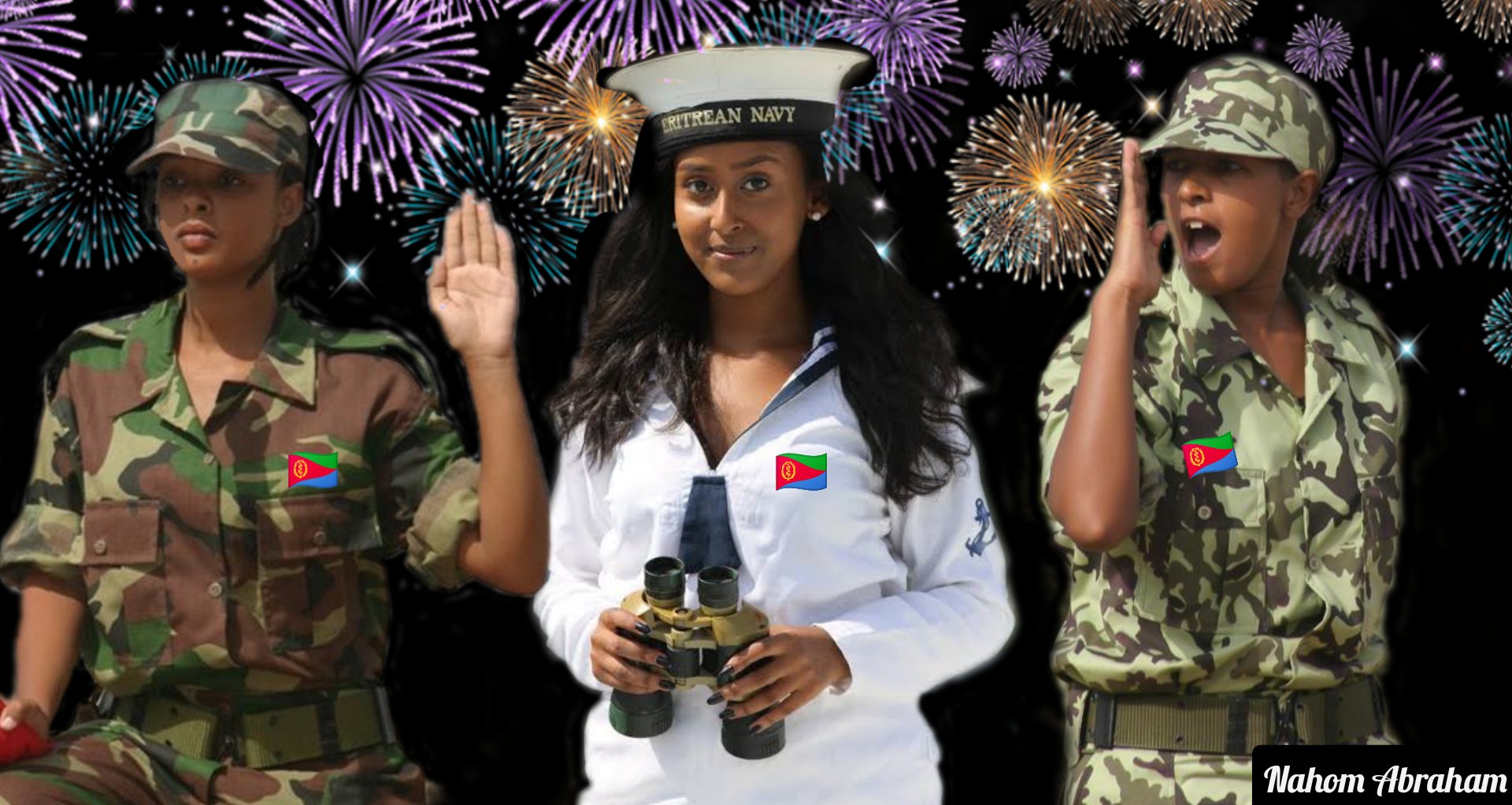 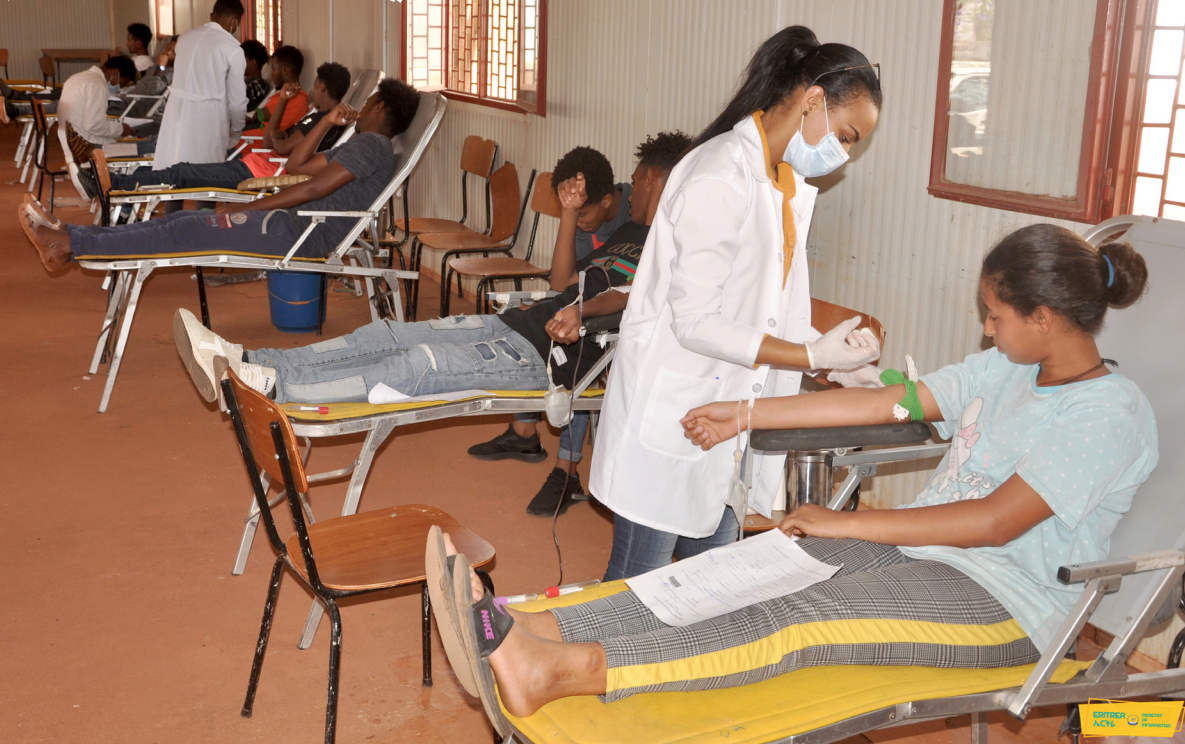 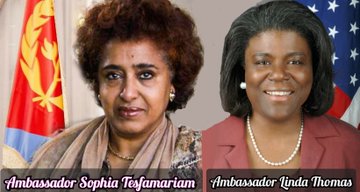 Honorable Ambassador Sophia has made it clear, that the Eritrean People & the Defense Forces have a culture built on solid moral decency & decades long experience. The Eritrean army is built on discipline, & international military standards. 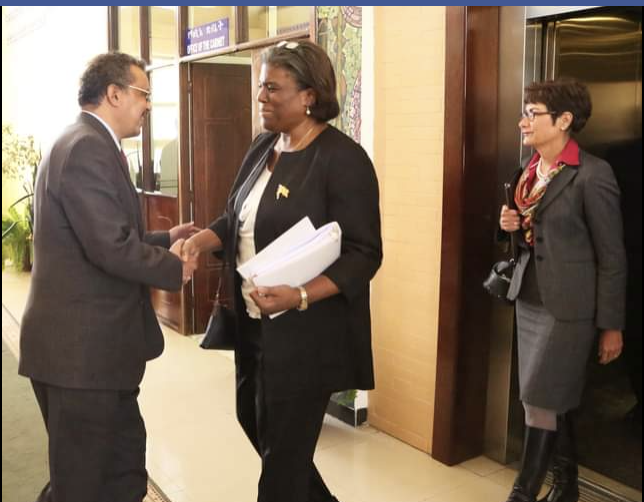 "Face the Nation" on CBS, brought up the fact that Linda Thomas Greenfield was heavily involved in the destruction of the HOA during her time in the Bush Jr. & Obama adminstrations. Now lies about reality in the HOA, & openly advocates for her friends- the TPLF Criminals- like Ted murderer Adhanom. She also once worked, for the Albright group! 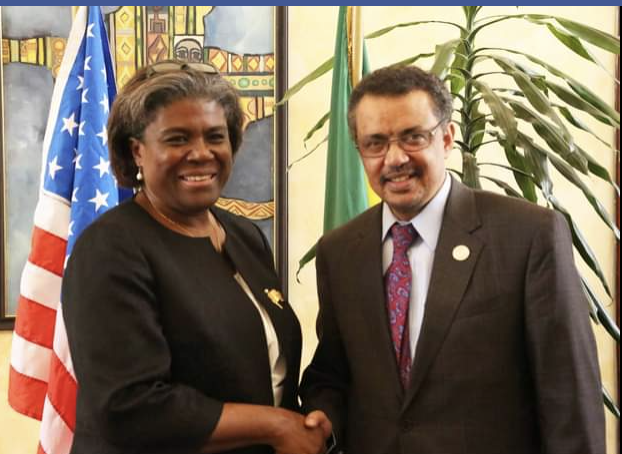 Of course Linda Thomas Greenfield, like good ole' Susan Rice, wants millions from the TPLF Criminals that have looted Ethiopia dry. She will attempt to get her share, by resuscitating the "Nazi like Genocide committing" animals back to life! #TPLFisaTerroristGroup
(Hager Eritrea: @Hagereritrea) 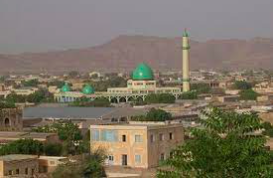 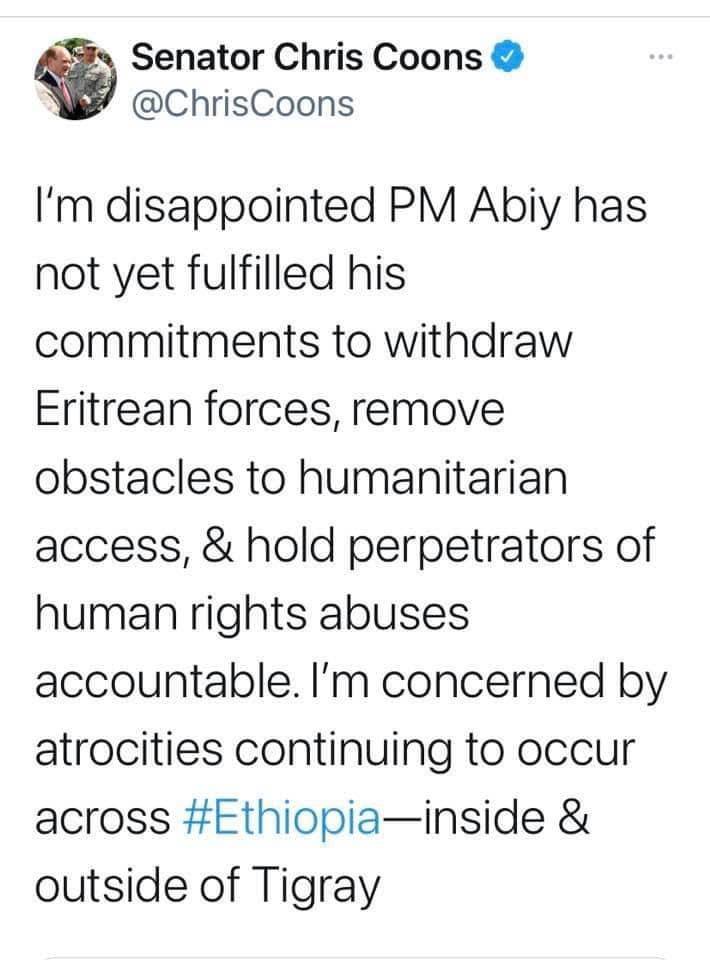 The Israeli and Egyptian Lobbyists must've pressred Sen. Chris Coons to swallow his own words. In his discussion with @camanpour (@CNN), he appreciated the progress made by the leadership of PM Abiy Ahmed Ali. He posted this, may be, after getting a call from @AIPAC boss. Servitude at its best!
(Seyoum Teshome: @seyoum_teshome)

The same day, he said @AbiyAhmedAli has admitted to him about crimes committed by his own soldiers and Eritrean soldiers! Did the PM, ever, admit to that? No! What he said was, if crimes were indeed committed, he will make sure to bring all the perpetrators to justice. What the Senator is doing, is twisting his words!
(Mike Hiwnet: @EllamellaMg)
Last edited by Zmeselo on 19 Apr 2021, 16:38, edited 2 times in total.
Top

Current narratives of the Tigrayan conflict require a broader perspective and an understanding of the various interests at play in Ethiopia.

The conflict in Ethiopia’s northern state of Tigray is being fought on two interconnected fronts. The first is physical and on the ground, while the second is a dangerous information campaign projected via social media to influence, draw in and even direct international reaction. At the same time, the geopolitical interests of various major powers in the Horn of Africa, such as the US, China, the UK and France, remain largely hidden. As with similar situations elsewhere and before, the evolving strategic interests and decisions of these global actors will play a role either in achieving an equitable and sustainable solution to the violent dispute, or in escalating it.

The conflict was initiated by a planned attack https://www.bbc.com/news/world-africa-54805088 by the Tigray People’s Liberation Front (TPLF) on military outposts of the Ethiopian federal armed forces’ northern command. Yet on social media, keyboard warriors have worked hard to portray the TPLF’s action as a defensive, ‘pre-emptive attack’ to counter the contrived alleged threat of a combined assault by Ethiopia and Eritrea. Serious allegations are also made of genocide, along with claims that Eritrean troops committed acts of sexual violence.

Claims are also made on social media that 80% of the region remains inaccessible https://www.france24.com/en/live-news/2 ... f-from-aid to humanitarian aid and is on the brink of famine. https://www.crisisgroup.org/africa/horn ... tigray-war There are also statements https://www.cnn.com/2020/12/04/africa/e ... index.html by TPLF spokesmen from the areas that it purportedly still controls, which hint at wider separatist sentiments across the Tigrayan population. https://www.ft.com/content/4f377353-b69 ... ca918f599d

On the other hand, the Ethiopian federal government insists that it is providing 4.2 million people in the region with aid. It questions the credibility https://www.ethioembassy.org.uk/remarks ... s-council/ of allegations of a massacre of over 750 people in the historic town of Axum, as well as Western media claims of alleged federal government war crimes. It also asserts that the TPLF’s unprovoked military attack on federal troops involved the illegal manufacture of bogus Eritrean uniforms https://theglobalobservatory.org/2021/0 ... -response/ in Tigrayan factories. The federal government says that tens of thousands of Eritrean refugees https://www.aljazeera.com/news/2021/2/2 ... -in-tigray in the regional camps and over 10,000 prisoners being held by the TPLF in prisons https://foreignpolicy.com/2021/03/09/et ... legations/ still remain unaccounted for.

Officials in Addis Ababa emphasise that media reports continue to ignore many ground-based realities. These include the powerful effect of an entrenched ‘one in five’ authoritarian intelligence network https://www.theguardian.com/global-deve ... ticipation where one person in every five is a spy for the Tigrayan government https://jeffpearce.medium.com/ethiopia- ... 2f471c45ae – a Marxist-Leninist control system developed in 2005 after the Ethiopian People’s Revolutionary Democratic Front (EPRDF) failed to secure any seats in Addis Ababa in the federal election. This authoritarian political culture enables both intimidation by the TPLF and significant control of the ‘conflict narrative’. In addition, the longstanding practice of arming and training farming communities to augment a regional militia of 250,000+ https://www.bbc.com/news/world-africa-55127820 – which resembles a national army – has helped to shelter some TPLF holdouts cut off from the central command who are executing guerrilla tactics. https://www.theguardian.com/world/2021/ ... erilla-war

While the two narratives are poles apart, Western media seems to have chosen its side, portraying the TPLF as an ‘underdog’ and being broadly credulous of its messaging. While some external actors have rushed to judgement, accusing the Ethiopian government of genocide and of enlisting a foreign army to neutralise provincial opposition, the reality is sure to be more complex. An independent and intellectually forensic examination of the facts is urgently required.

Prior to this examination, it should also be asked why a major African nation and long-time ally of the West suddenly finds itself isolated and its actions largely misinterpreted. To answer this, it is necessary to examine the contextual impact of the geopolitical competition for both water and natural resources.

Egypt (still central to US Middle East peace plans) and Sudan are both contesting plans for the filling and water-sharing arrangements of the Grand Ethiopian Renaissance Dam (GERD). Sudan’s military invaded and displaced Ethiopian farmers from a contested border community, https://www.aljazeera.com/news/2021/2/2 ... er-dispute while Egypt’s anti-Ethiopian rhetoric is becoming increasingly bellicose, with Cairo warning Addis that its historic unshared domination of the Nile waters is non-negotiable. https://www.washingtonpost.com/world/af ... story.html

Working together, Egypt and Sudan conducted a rare demonstration of joint air power https://english.alarabiya.net/News/midd ... -Eagles-1- only days after the Tigray conflict began. The second part https://www.aa.com.tr/en/middle-east/eg ... se/2194661 of the exercise, dubbed ‘Nile Eagle’, came only days before the start of fresh GERD talks https://www.reuters.com/article/us-ethi ... SKBN2BS0J0 on 6 April. These talks failed https://www.aljazeera.com/news/2021/4/6 ... tional-law and the stalemate continues.

International and regional actors are working to help the three countries find a way out of the GERD stalemate. These include the African Union, EU, Saudi Arabia and the UAE. Israel also has a direct interest in the outcome with Egypt, having enabled the transfer of Nile water across the Sinai https://www.futuredirections.org.au/pub ... er-israel/ to the Negev Desert in southern Israel. Meanwhile, as President Felix Tshisekedi of the Democratic Republic of the Congo (DRC) steps into the role of Chair of the African Union, he is also pushing for tripartite negotiations https://www.aa.com.tr/en/africa/au-chai ... in/2198271 on the GERD. The DRC’s Grand Inga Dam was promoted in 2019 as an important anchor of green energy https://www.afrik21.africa/en/drc-gover ... c-project/ and a resolution to power shortages in Africa. The GERD dam carries similar constructive potential.

With the above actors building an alliance to push for changes to the GERD plan from Ethiopia, the new Joe Biden administration in the US sent a powerful senator, Chris Coons, to Addis to meet with Ethiopia’s prime minister. It is hard to imagine that the River Nile was not on the agenda. Given that the US has declared that national security and economic security will not be treated separately, https://www.wsj.com/articles/in-biden-w ... 1613403216 and has initiated a 100-day review https://www.govinfo.gov/content/pkg/FR- ... -04280.pdf by Jake Sullivan, the National Security Advisor, on securing the US supply of strategic minerals, it is also highly likely that access to the Horn of Africa’s strategic minerals – copper, tantalum, niobium, phosphate, natural gas and other resources locked within, and close to, the Arabian-Nubian Shield – is of interest to the US.

As competition between the US and China escalates – and with China currently leading the world in its development of green and information-age technology through its Belt and Road and other investment initiatives – control over the global supply of key metals is in play. The US is obviously lagging behind China as the preferred economic partner for investment in Africa and needs to catch up.

Put in this context, the Tigray conflict with Ethiopia can be seen as a proxy battleground for external powers and a way to exert influence over Ethiopian policymakers. The legitimate government of Ethiopia, so recently praised by the international community for the peace it built with Eritrea, must work hard to resolve the existential threat now posed to that peace by the TPLF. It will need to hold its delayed elections at the same time as dealing sustainably with an authoritarian governance culture and guerrilla gangs across Tigray. Just how much Ethiopia will be supported or hindered in these efforts by international players seeking other outcomes for their own ends remains to be seen.

But if Western powers have legitimate and honest concerns about regional stability besides their economic interests, they should not rush to judgement on the ongoing Tigray conflict. Instead, they should make efforts to bolster and engage with the democratic federal Ethiopian state, which has already embarked on domestic social and political reforms and is clearly willing to engage in reasonable negotiations on the GERD. This offers the best chance for the Horn of Africa to prosper. Failure to do this could see a resurgence of instability, which may not exclude Al-Shabaab-led incursions and the rise of new demagogues across the region. The TPLF-inspired social media hyperbole makes a compelling smoke screen as local players entrench their positions regarding the Nile’s water and global powers seek to secure access to African metals for their green economies. This is a risky game – and if lost, it is sure to widen the space for China’s future economic dominance in the region. The West’s natural partner is Ethiopia; failing to embrace this choice and help it with its conflict resolution efforts is tantamount to ignoring the greater strategic benefits that come with partnership, and will surely destabilise the region further.

If the US wants to partner with Addis in the future, it should be helping to de-escalate the conflict – both in the media and on the ground. It should use its considerable influence over all parties and partner with the African Union to help broker a fair and reproducible solution to the water crisis with Egypt and Sudan.

The views expressed in this Commentary are the authors', and do not represent those of RUSI or any other institution. 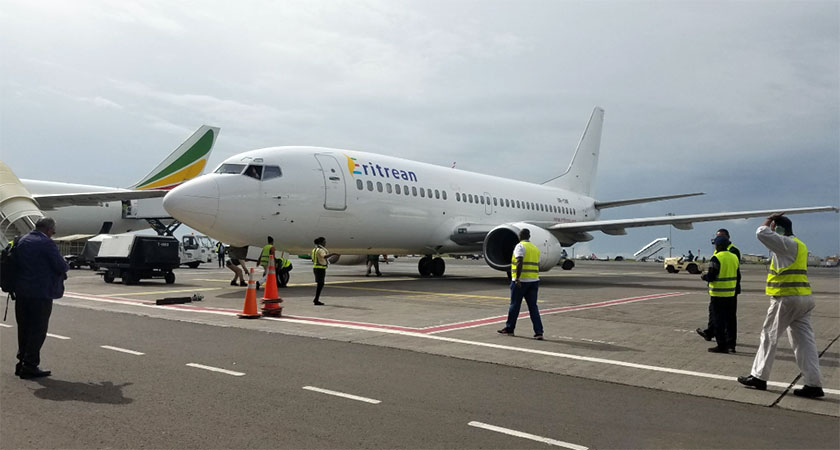 Flights to Asmara via Addis Ababa and Dubai is expected to resume- starting- April 22, 2021 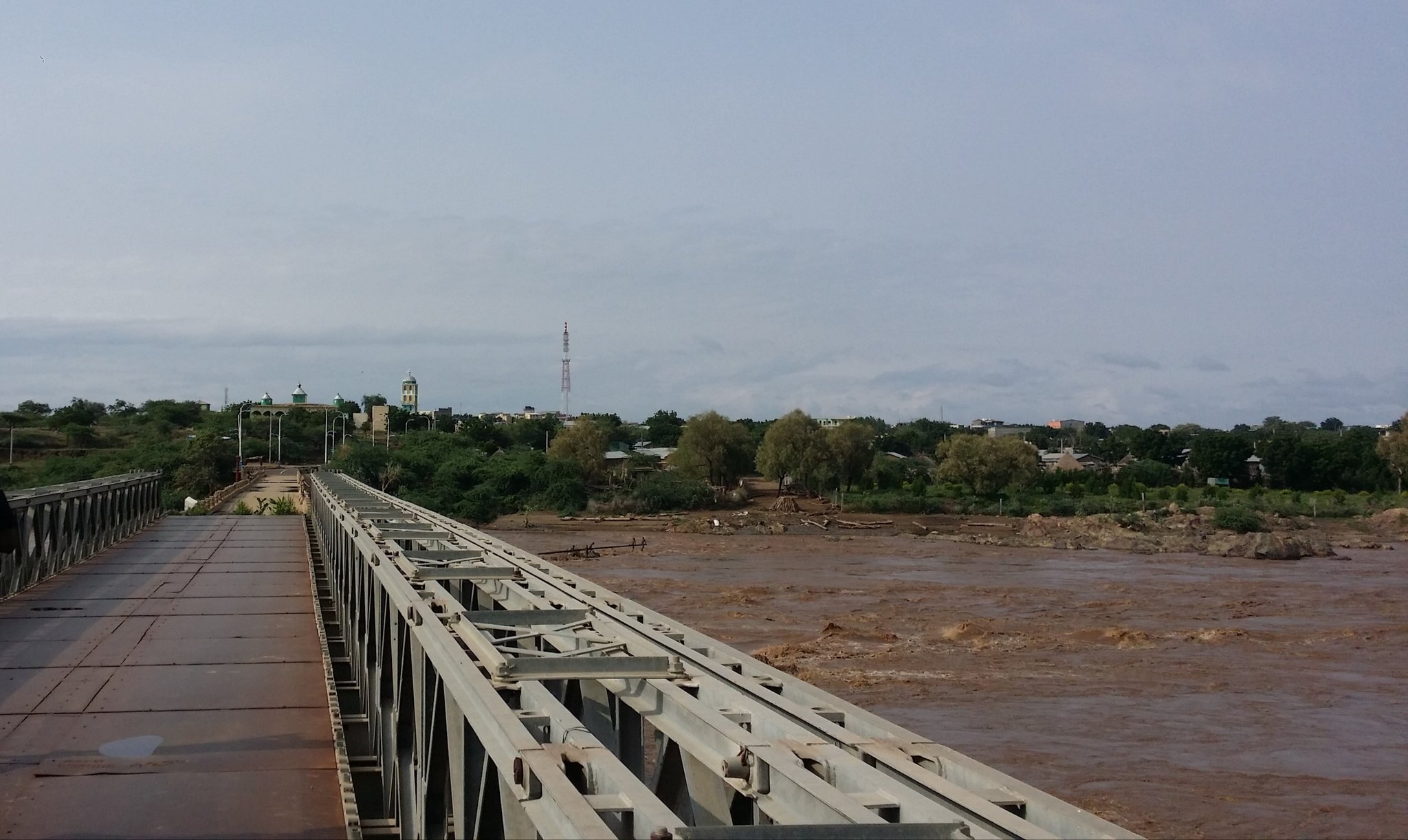 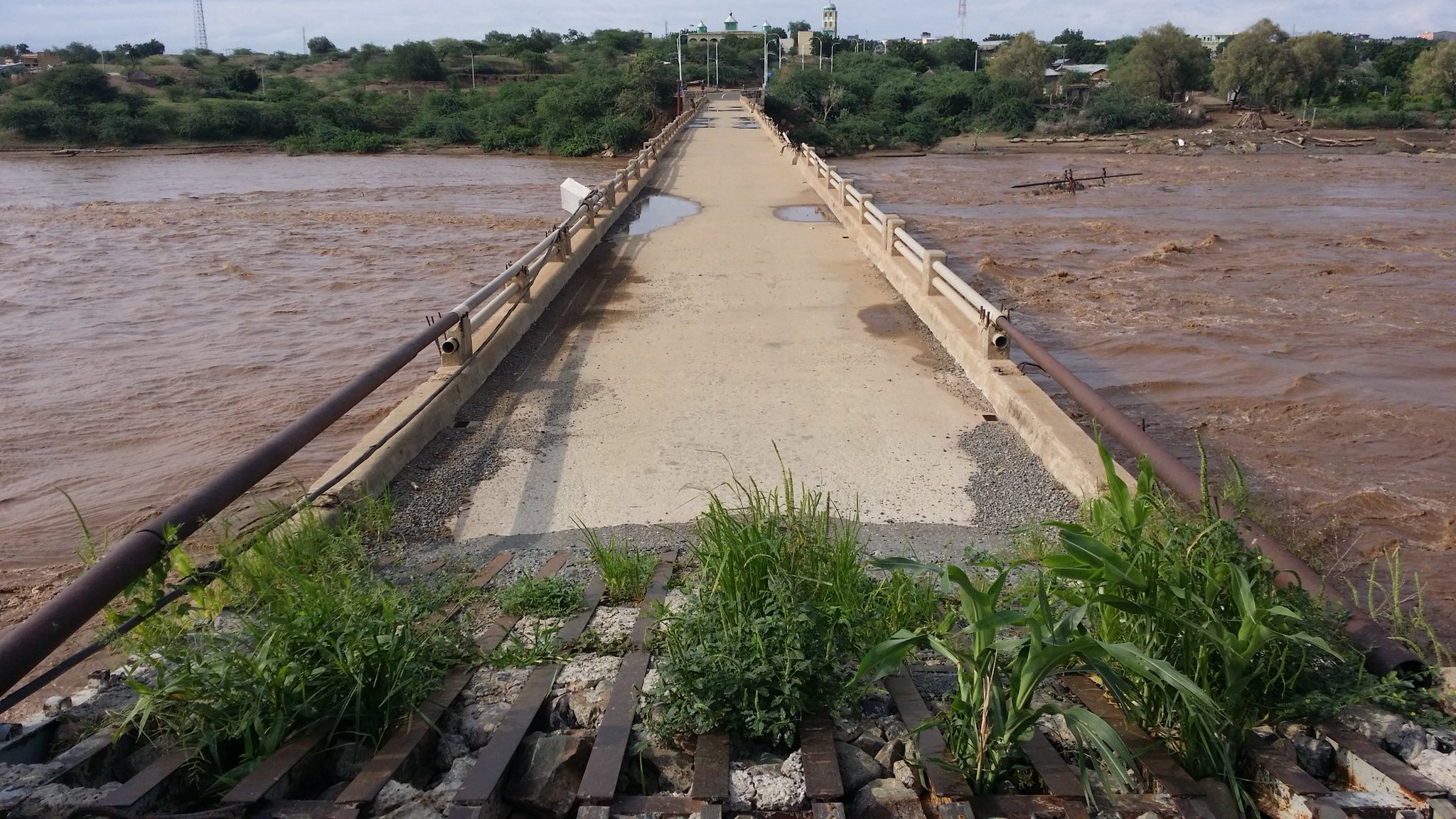 One of the bridges that connects, Eritrea & Ethiopia. From Omahajer to Humera

Good news!!!
& Hope to see this bridge opened soon!!!
I can see in the future Eritrea and Ethiopia build hydro power plant jointly along their border

Flights to Asmara via Addis Ababa and Dubai is expected to resume- starting- April 22, 2021

One of the bridges that connects, Eritrea & Ethiopia. From Omahajer to Humera